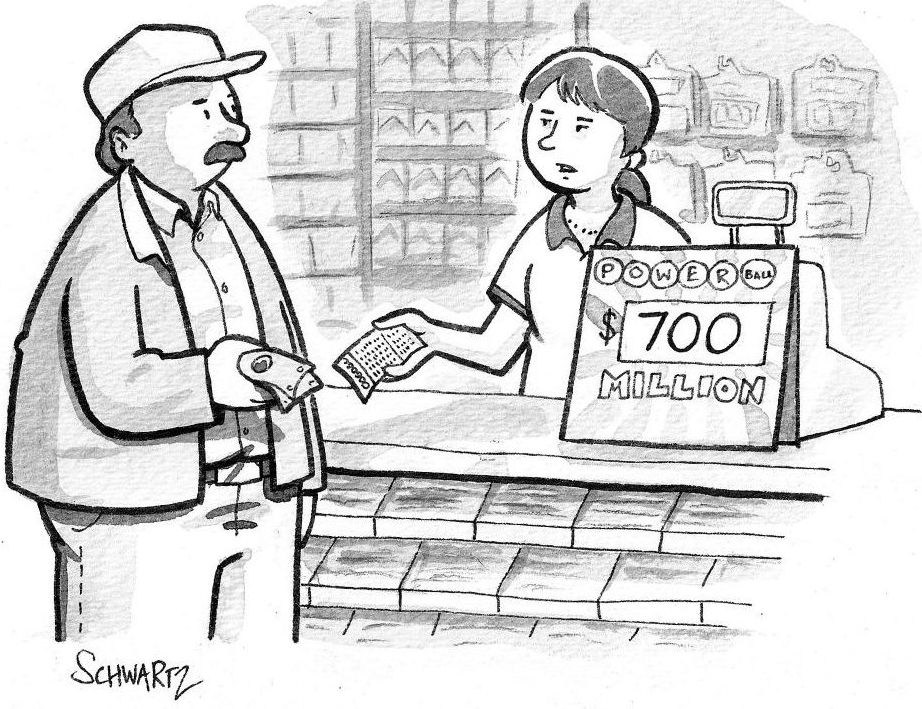 “They say the odds of winning are one in two-hundred and ninety-two million,just slightly better than the chance Donald Trump makes America great again.”

More political news you can’t use:

The towns that love Donald Trump the most. (WaPo) Trump is increasingly holding rallies in cities that rarely see presidential candidates in the primary season. They are also often places that are struggling. They lag behind the country (and their home states) on a number of economic measures. Their median household incomes are lower, and they often have lower rates of home ownership or residents with college degrees. Even though most of these cities have sizable minority populations, the crowds at Trump’s rallies are nearly entirely white. Is Trump planning a third-party run?

The primary reason why Sanders tests better in these general-election match-ups is due to his stronger performance with independent voters.

Other news you can’t use:

Who owns US business? How much tax do they pay? (NEBR) Pass-through entities, partnerships, tax code subchapter S corporations and sole proprietorships, are not subject to corporate income tax. Their income passes directly to their owners and is taxed under whatever tax rules those owners face. In 1980, pass-through entities accounted for 20.7% of US business income; by 2011, they represented 54.2%. Over the same period, the income share of the top 1% of income earners doubled. The growth of income from pass-through entities accounted for 41% of the rise in the income of the top 1%. By linking 2011 partnership and S corporation tax returns with federal individual income tax returns researchers find that over 66% of pass-through business income received by individuals goes to the top 1%.

Last fall, a 7-inch well pipe ruptured 500 feet below the surface of Los Angeles. It was 60 years old. The resulting methane leak is now being called one of the largest environmental disasters since the BP oil spill has pushed thousands of people out of their homes. (Vox) But it’s not the first time this well sprang a leak, and Southern California Gas Company (So Cal Gas), which owns and operates the well, knew it. Will heads roll?