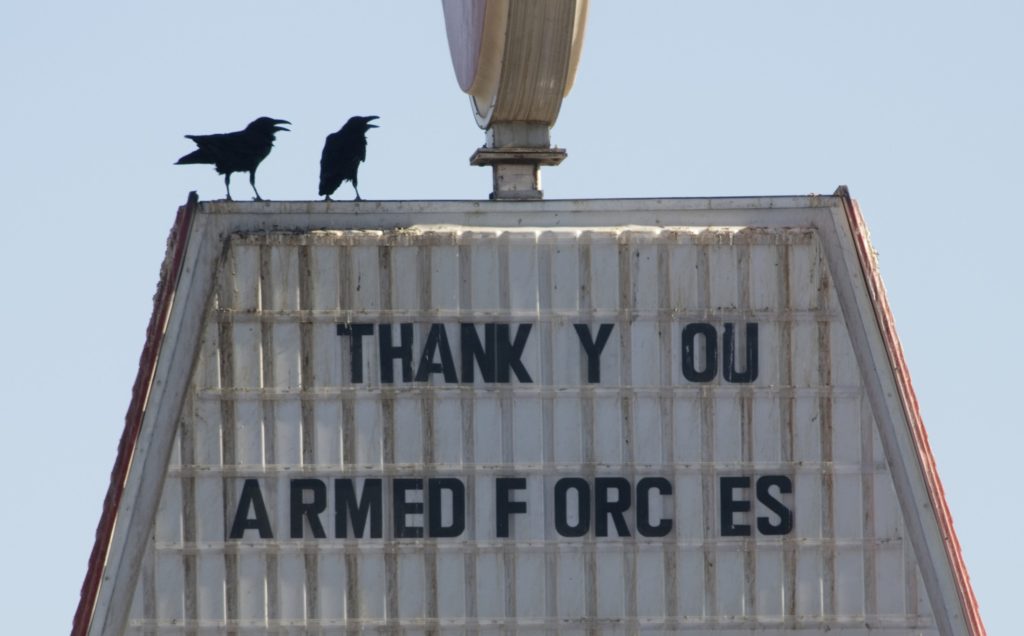 Every year, the Wrongologist reminds blog readers that Memorial Day was called Decoration Day for more than 100 years, ending in 1971. It was established by an order issued by Gen. John Logan, the national commander of the Grand Army of the Republic. This is from Gen. Logan’s order:

The 30th of May, 1868, is designated for the purpose of strewing with flowers, or otherwise decorating the graves of comrades who died in defense of their country during the late rebellion, and whose bodies now lie in almost every city, village and hamlet churchyard in the land…

Back then, it was our most solemn holiday. It was first observed on May 30, 1868, when flowers were placed on the graves of Union and Confederate soldiers at Arlington National Cemetery, a tradition we still follow today.

The Civil War claimed more lives than any conflict in US history, requiring the establishment of the country’s first national cemeteries. Drew Gilpin Faust’s book, The Republic of Suffering-Death and the American Civil War (2008) reminds us just how deadly the Civil War was: 620,000 dead soldiers, (2% of the US population at the time), at least 50,000 dead civilians, and an estimated 6 million pounds of human and animal carcasses to deal with on battlefields.

When the Civil War began, neither army had burial details, graves registration units, means to notify next of kin, or provisions for decent burial. They had no systematic way to identify or count the dead, and until 1867, no national cemeteries in which to bury them. In an ironic twist, in 1866, after the assassination of Abraham Lincoln, the Union Army opened an office in Ford’s Theater to record deaths, house the war records and assist families to find lost loved ones. In 1893, the building collapsed, killing 22.

The mortality rate in the South exceeded that of any country in WWI. In addition, the South lost nearly 2/3rds of its wealth in the War.

Decoration Day became Memorial Day when Congress passed the National Holiday Act of 1971, which made us observe national holidays on Mondays, creating three-day weekends for We, the People. So, along with parades, picnics and mega-sales on the web and in the malls, many think that the holiday celebrates the start of summer.

Instead, please stop and remember the people who died in our wars. Do that irrespective of whether you “believe” in a particular war.

Memorial Day is a time to meditate on the difference between right and wrong wars. Mr. Obama spoke in Japan last Friday, walking a fine line, remembering the atomic weapons dropped on Hiroshima and Nagasaki, but not calling WWII and our actions against Japan “wrong”.

Let’s also give some thought to this quote from Andrew Bacevich:

With its military active in more than 150 countries, the United States today finds itself, if anything, overextended. Our principal security challenges — the risks to the planet posed by climate change, the turmoil enveloping much of the Islamic world and now spilling into the West, China’s emergence as a potential rival to which Americans have mortgaged their prosperity — will not yield to any solution found in the standard Pentagon repertoire. Yet when it comes to conjuring up alternatives, the militarized history to which Americans look for instruction has little to offer.

Ask Trump and Clinton what will be different if they become Commander-In-Chief. Which one will address climate change, the rise of China, or the near-civil war in the Greater Middle East?

Finally, when you think about policies worthy of sacrifice, here is a Memorial Day tune from Warren Zevon: “The Envoy”, from the album of the same name. The song was written in 1981, back when we thought our issues in the Middle East were rare. It was inspired by Philip C. Habib, who was President Reagan’s special envoy in the Lebanon crisis.

That was the start of something that hasn’t achieved much. The US currently has 48 Special Envoys, but you can’t see any peace from where we sit.

OK, the song isn’t “Roland the Headless Thompson Gunner” or, “Werewolves of London,” but Zevon was one of the best and brightest. Here is “The Envoy”:

These 34 year-old lyrics about the Middle East could be tomorrow’s headlines. Is there a threat to world peace? Oh yeah, us.