The presidential choices for 2016 are Clinton or Trump. You could write-in Bernie, or Jill Stein, or one of the fringe candidates, but not all write-in votes are counted for Electoral College purposes. 43 states, representing 494 electoral votes, count write-in votes, although the candidate has to have registered electors in some of those states to be counted. So you could be throwing your vote away by writing in someone.

And this year, we can’t afford any wasted votes. If you doubt that, check out this rockin ‘n rollin’ week.

Scalia opined from beyond the grave: 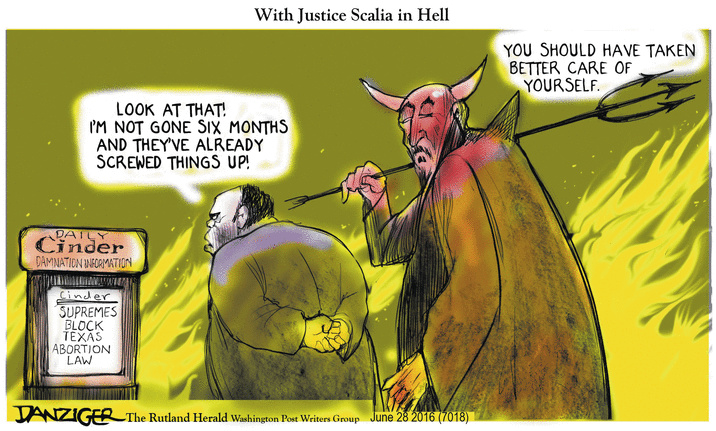 The GOP Benghazi strategy focused on the wrong fire: 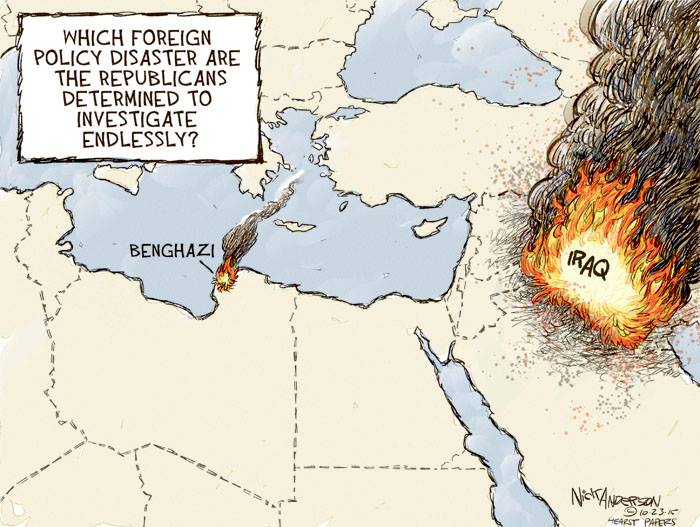 The non-event called the Benghazi Congressional Report was issued:

Why can’t the GOP move on from Benghazi? Please don’t say it’s because 4 people died. Think about how many have died from shootings in America since Benghazi, without any GOP interest in holding hearings on Gunz. We deserve better from these birds we elect.

Loretta Lynch knew better than to meet with the Big Dog: 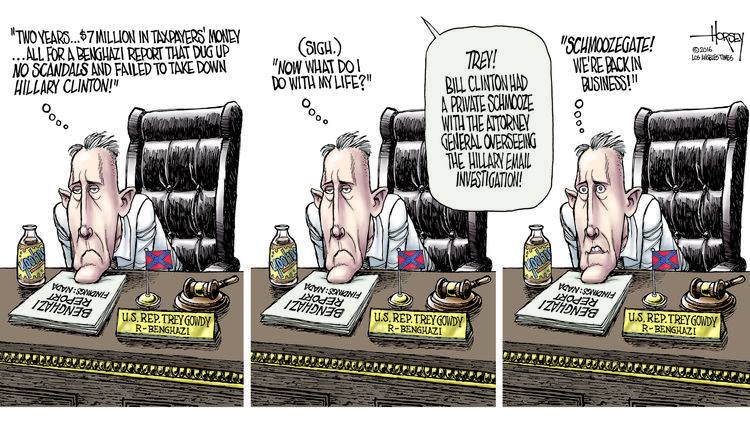 Loretta Lynch used to be a prosecutor. She knows better than to speak with the spouse of someone under an active investigation. As an officer of the court, she should have told Bill that talking together was improper, and had someone else on her staff speak with him. She has tarnished the credibility of the investigation and should resign. OTOH, Mr. Bill drop kicked his wife’s good news on the Benghazi investigation to the curb, making her the story again. And he is (was) a lawyer, and ought to know the protocol as well as Lynch.

Of course, Bill denied it: 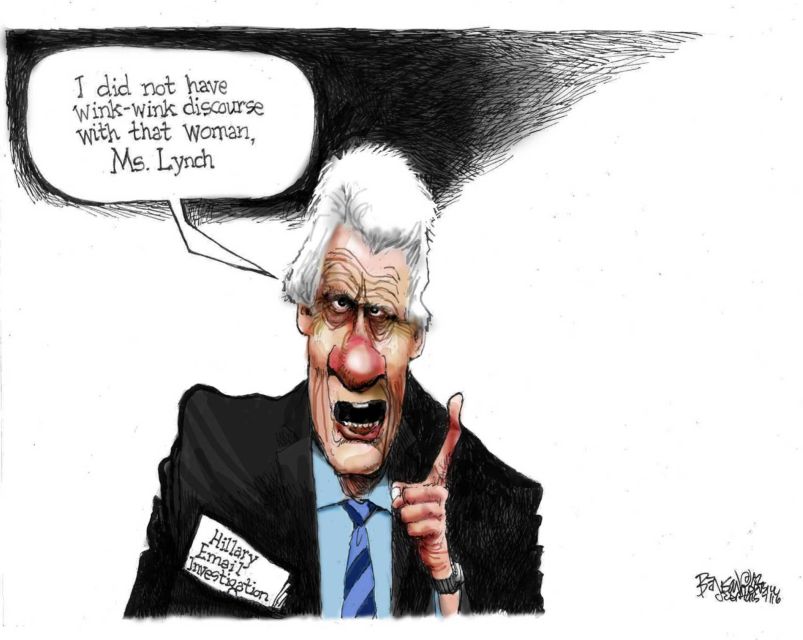