Wrongo and Ms. Oh So Right have returned to the Mansion of Wrong. That means we are back to “All Trump, All The Time”, something we did not miss while in the American and Canadian Rockies.

Saturday’s NYT had a long-form article. “Syria’s Paradox: Why the War Only Ever Seems to Get Worse” details the reasons that the Syrian war could last a very, very long time. From the NYT:

The core combatants — the government and the insurgents who began fighting it in 2011 — are quite weak and, on their own, cannot sustain the fight for long. But they are not on their own. Each side is backed by foreign powers — including the United States, Russia, Iran, Saudi Arabia and now Turkey — whose interventions have suspended the usual laws of nature. Forces that would normally slow the conflict’s inertia are absent, allowing it to continue far longer than it otherwise would. Government and rebel forces are supplied from abroad, which means their arms never run out…These material and human costs are easy for the far richer foreign powers to bear.

Not all cartoons are funny. Here is a graphic way to think about the war’s impact on Syria’s children: 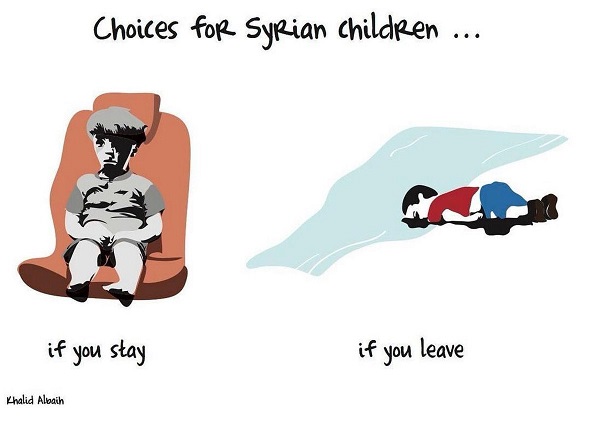 Khalid Albaih is a Sudanese cartoonist living in Doha, Qatar.

The French forcing Muslim women to take off their burkini is another form of warfare:

Trump backtracks on the wall: 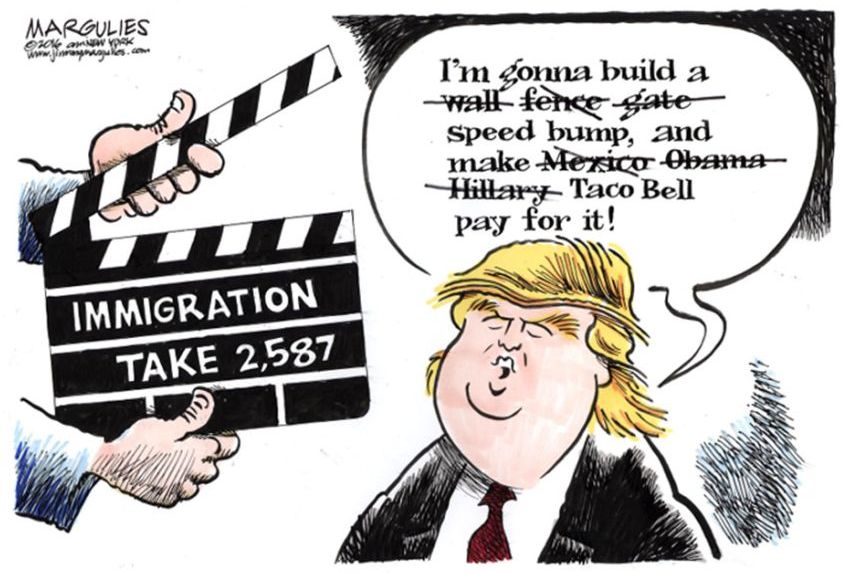 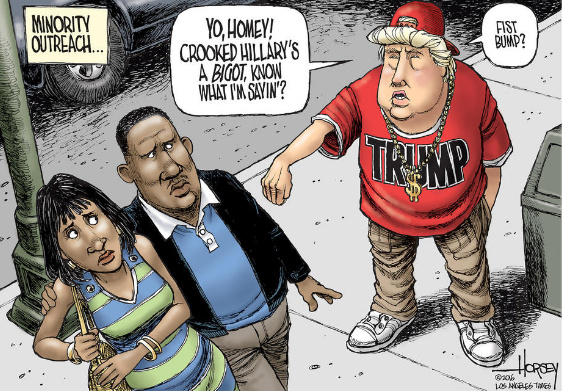 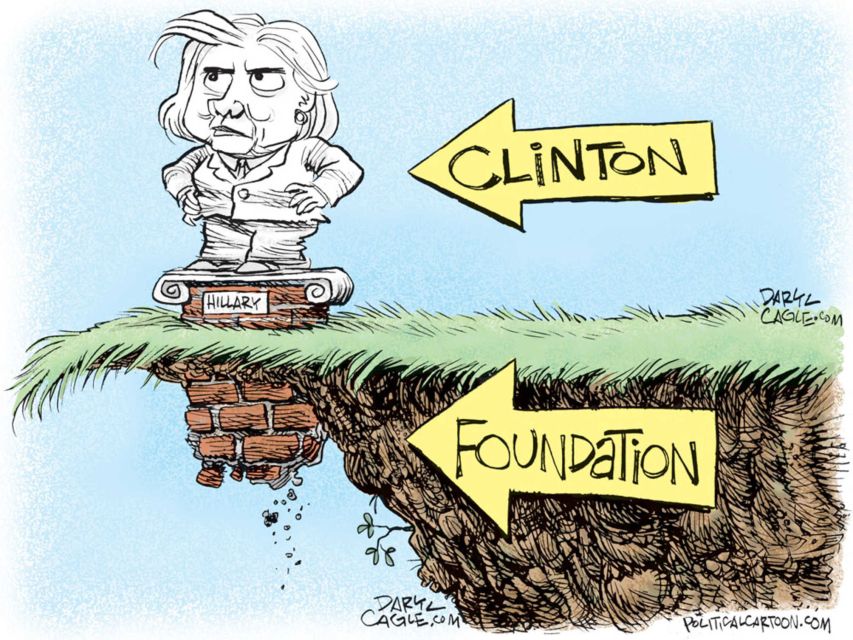 Epipen pricing by Mylan is just another racket: 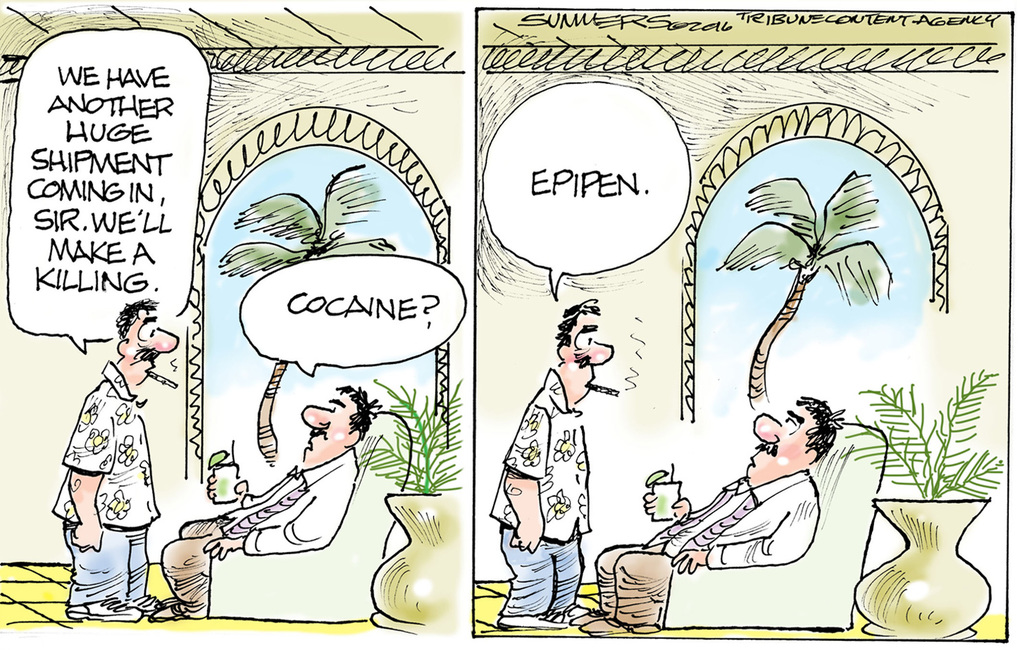