Welcome to Labor Day weekend. This means that summer is over, and mercifully, there are only nine weeks until Election Day: 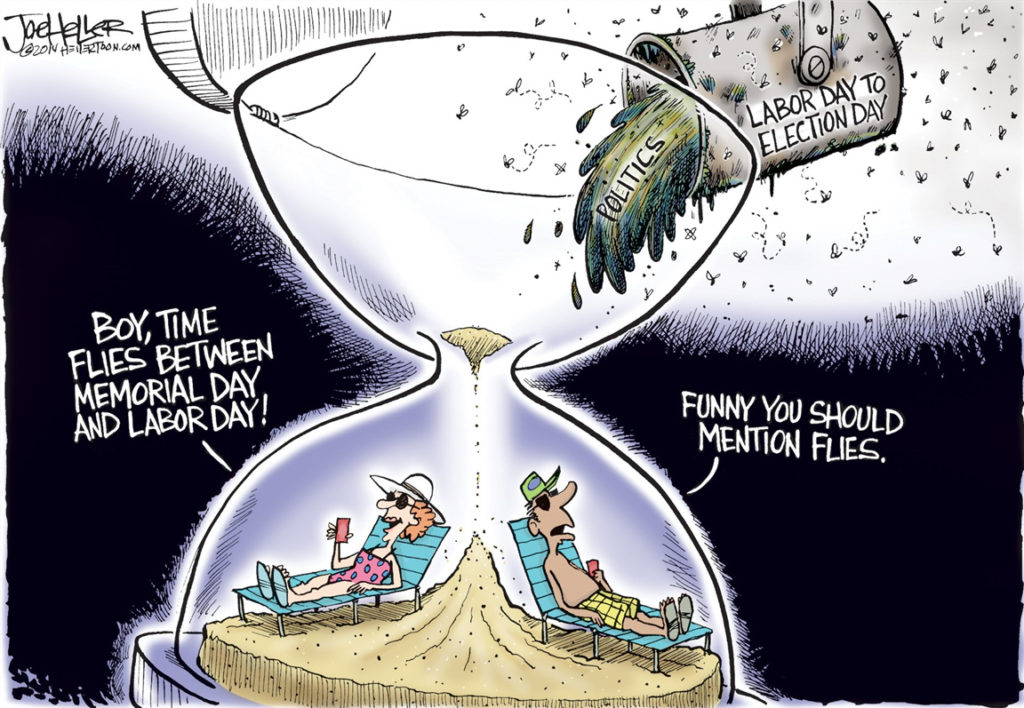 Donald Trump did a drive-through in Mexico. His souvenir sombrero says “Culero”.  For those who do not speak colloquial Spanish, Culero means asshole: 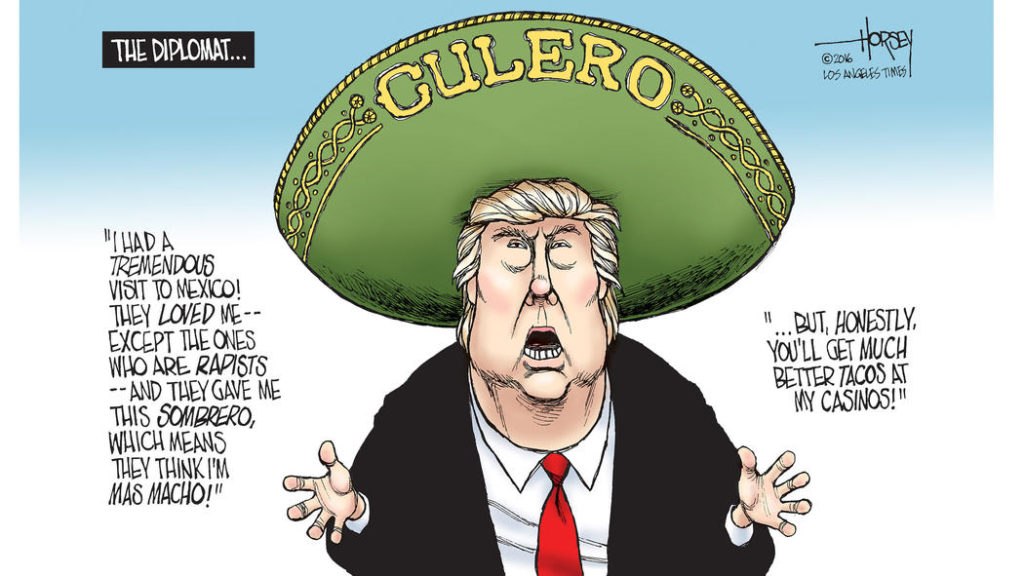 Some thought he looked presidential while with President Nieto, but then he looked more like an ultra-nationalist in Phoenix. A Trump advisor said that without enforced deportation, we would soon have a taco truck on every corner. America responded: 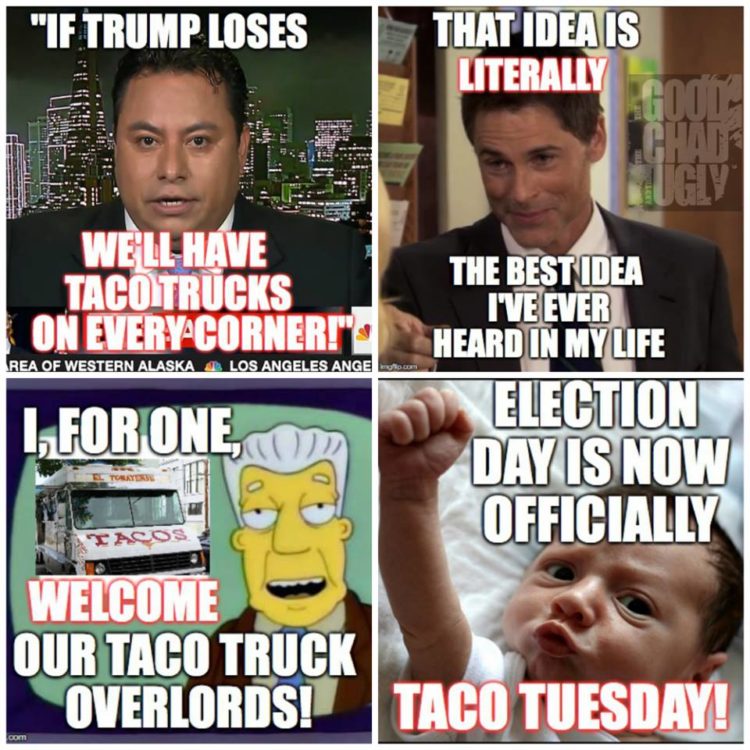 Even better, there were some estimates that a taco truck on every corner might deliver enough jobs to eliminate today’s US unemployment. Great idea Donald!

The Pant Suit did not have a good week. The FBI released some of the information they had collected while investigating the email issue. The outrage by those who believe Clinton is the worst candidate ever was palpable. Should we be buying it? 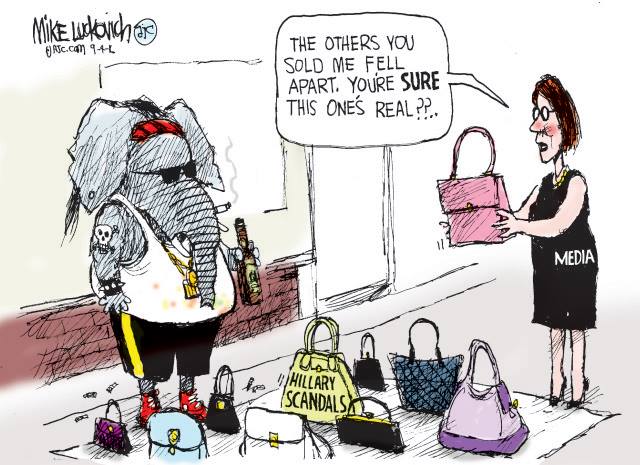 OTOH, for many it’s just too much appearance of guilt: 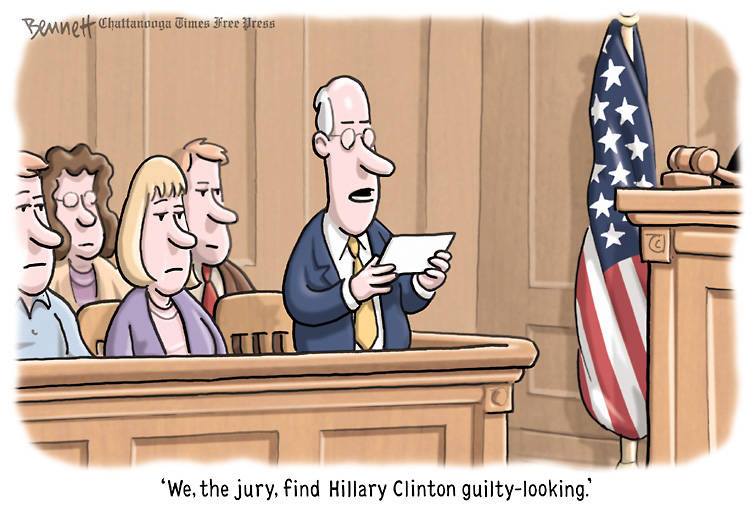 49rs QB Colin Kaepernick has touched a nerve. It is surprising to see who is for and against his position: 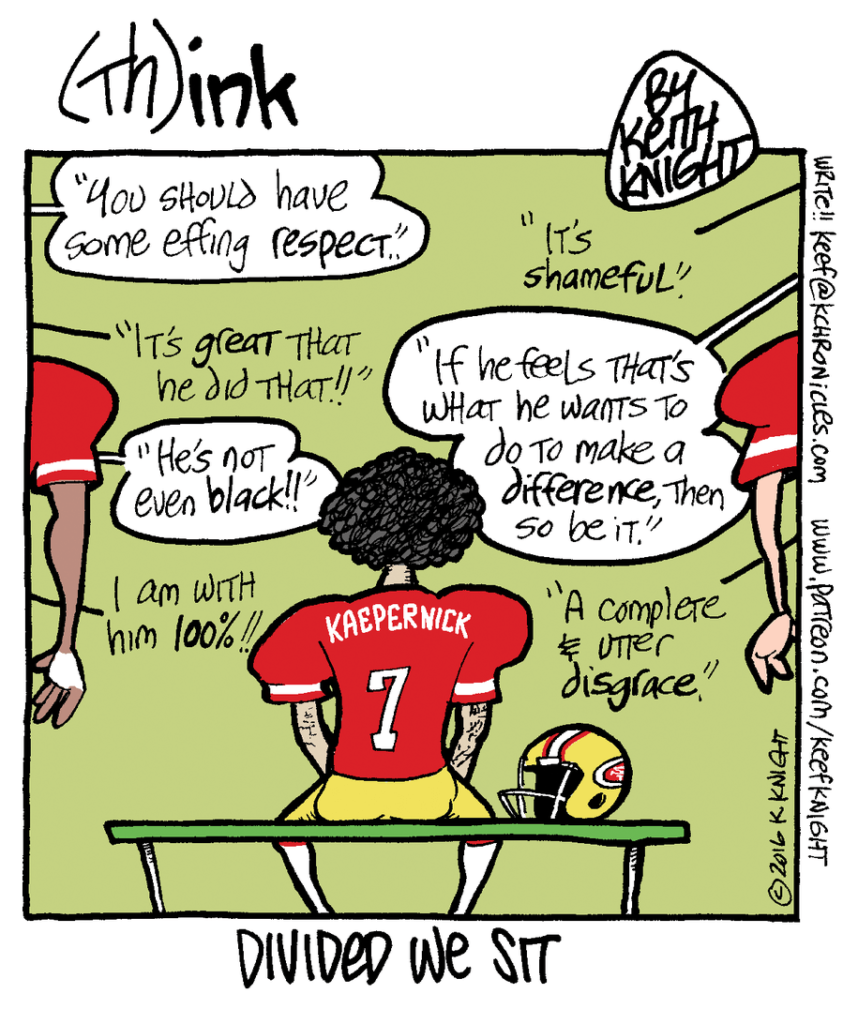