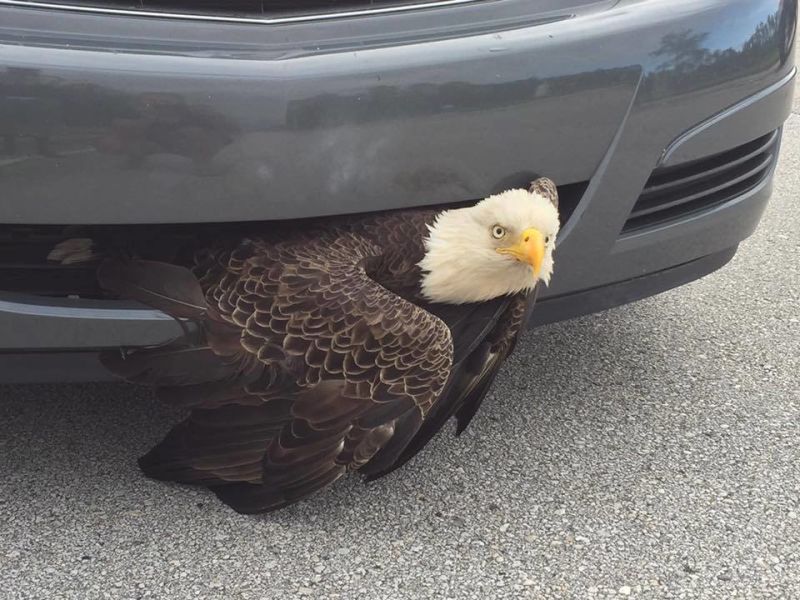 This bald eagle became trapped in a passing car [a Saturn] in Clay County, Florida on Saturday, presumably while minding its own business. The look on the bird’s face really says it all. But police and emergency responders were able to extract the unfortunate creature and get it to a wildlife sanctuary, where it’s currently being nursed back to health.

The bird will be fine, but isn’t this the perfect meme for 2016? And we still have 25 days left until we are also liberated from being stuck in Trump’s grille.

Does anyone else see the irony of our great American symbol being stuck in the grille of a discontinued car brand? Here is a pic of the rescue: 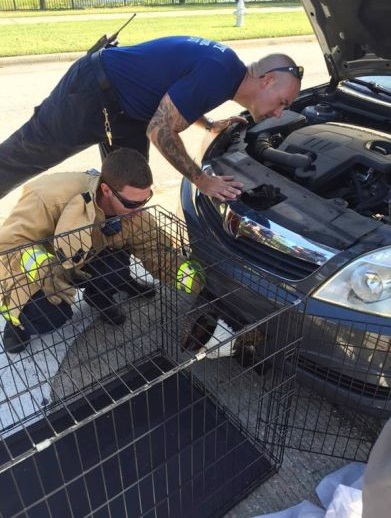 Imagine the dialogue between the first responders and the eagle:

“You have to come outta there. America needs you!”

“Nope. I’m not coming out until November 9th. Maybe not even then.”

“Oh come on. You can’t just stay in there forever.”

“Fix America’s Grille Again”, or as one Gizmodo commenter said, imagine: Before help showed up, there had to be a 911 call:

Driver: “I have a bald eagle stuck in my grill.”

911: “You are choking on a chicken? Sir, please use slang we can understand.”

Feel free to add your own humorous observations.