We are seeing the shape of Trump’s cabinet, and it’s clear that we will soon be working for idiots who used to be in sales. So, it’s time for some definitions: What are Kleptocracy and Kakistocracy?

Kleptocracy is a government where the rulers (kleptocrats) use their power to exploit the people and natural resources of their country in order to extend their personal wealth and power.

Kakistocracy means a state or country run by the worst, least qualified, or most unscrupulous citizens. The word comes from the Greek words kakistos (worst) and kratos (rule), with a literal meaning of government by the worst people.

Posted for your reference, in case something happens after January 20th that requires you to know about either term.

Trump’s commitment to renewable energy was on display in his Boeing tweet: 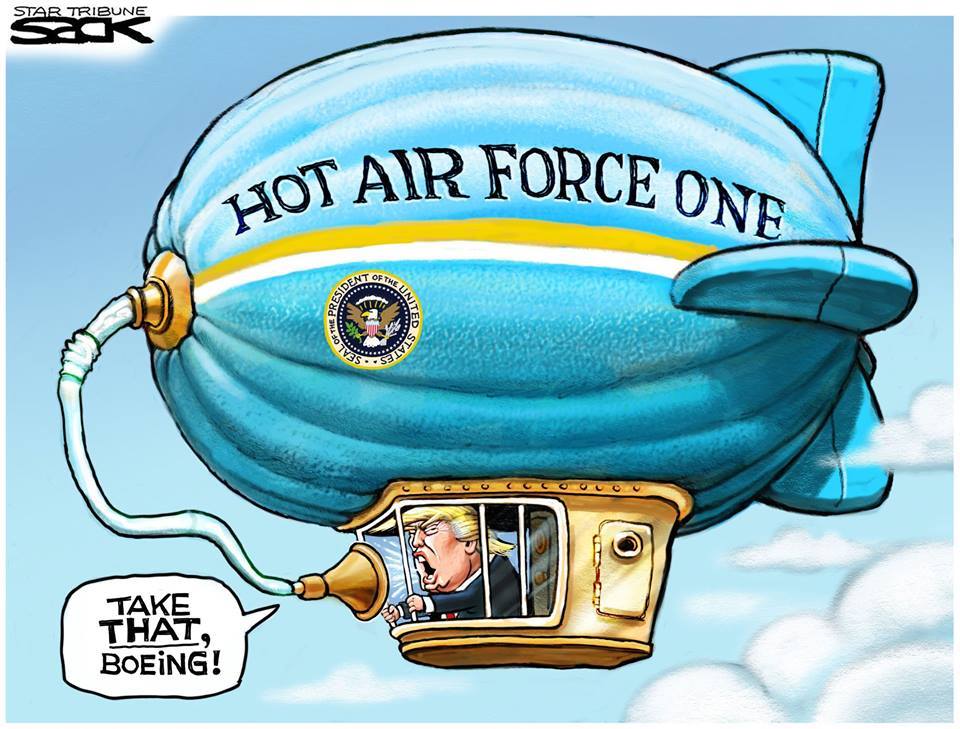 His cabinet, er, his junta: 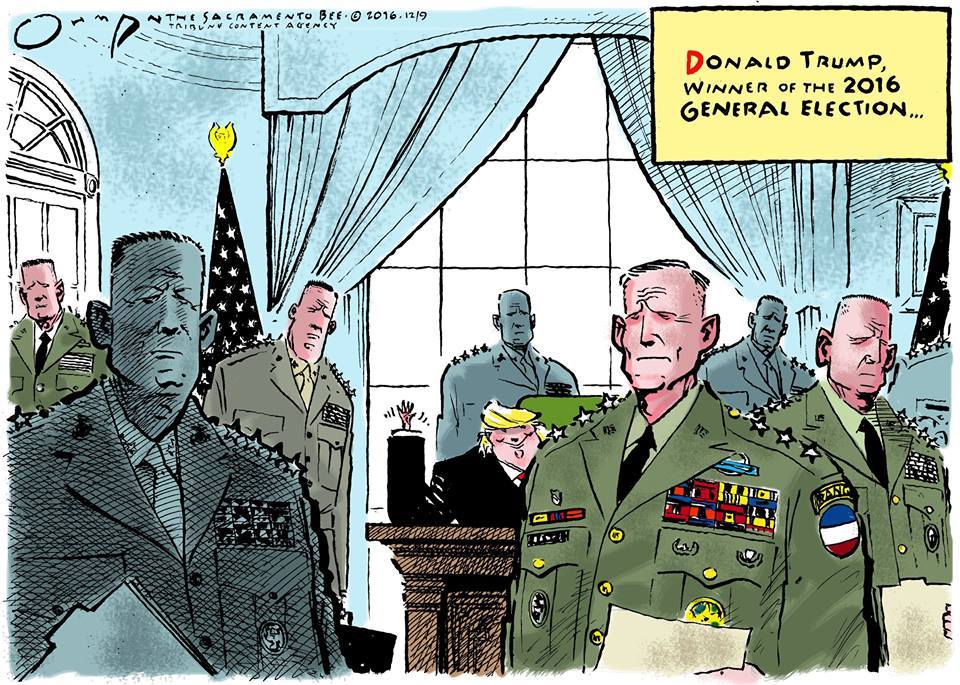 We’ve had high-ranking military men serve in high positions in our government since the beginning of the country, starting with George Washington through Andrew Jackson, Ulysses S. Grant, Dwight D. Eisenhower, through Colin Powell.  But Trump is surrounding himself with an awful lot of them, and some of them have had issues with both their temperament and civil liberties. Just like the man hiring them.

Any issue with so many generals? The NYT offers this: 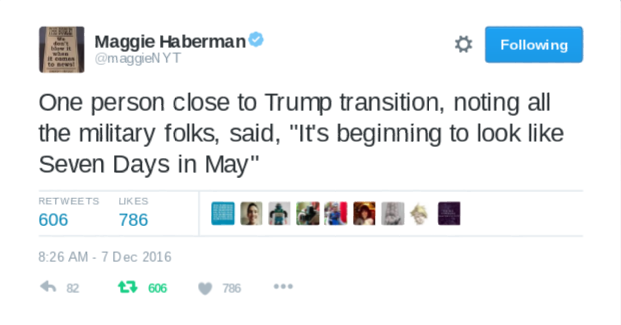 Man of the Year is questioned, but it is real my friends: 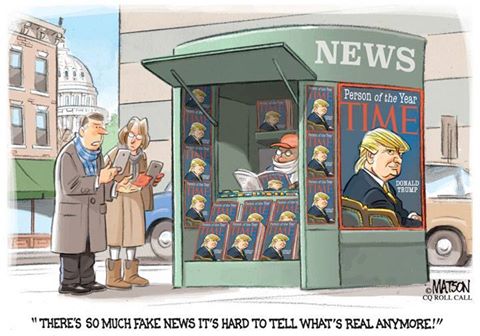 Trump’s EPA will be his undoing in the next election: 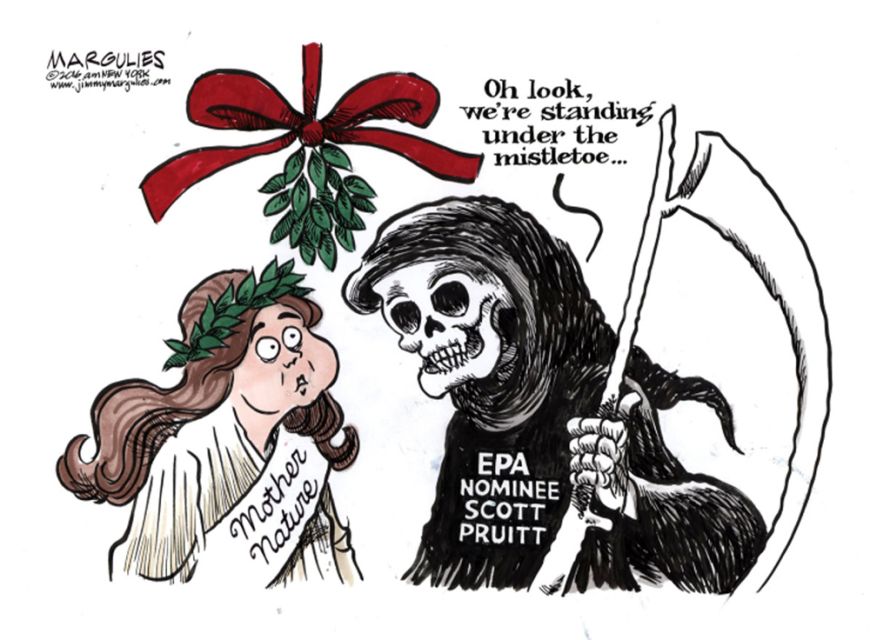 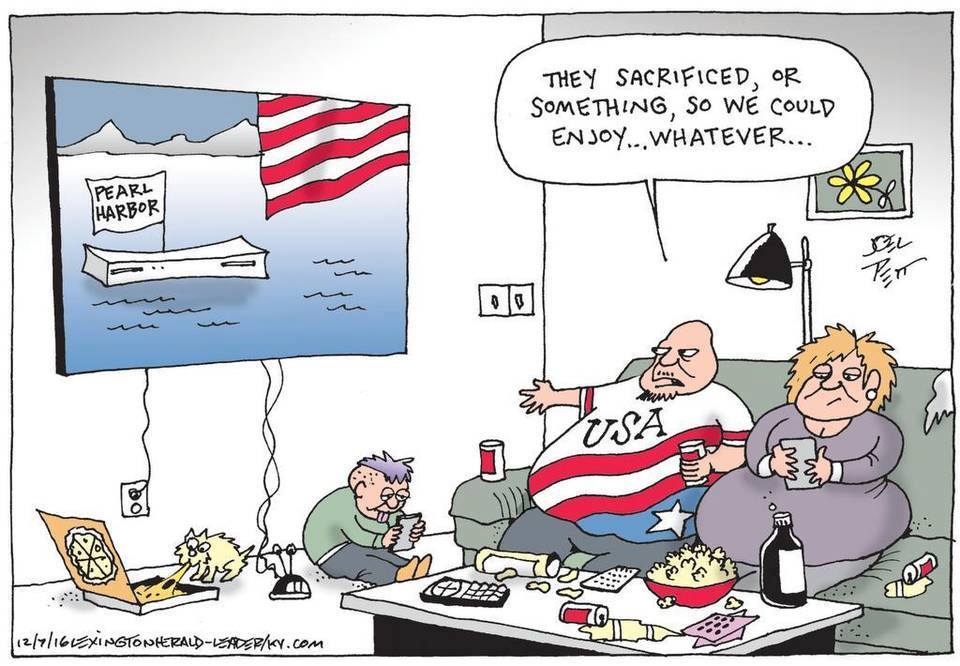 It’s another Family of Trump voters having quality time at home. Never have so many known so little about so much.

I’m stepping through the door, and I’m floating in a most peculiar way…and the stars look very different today: 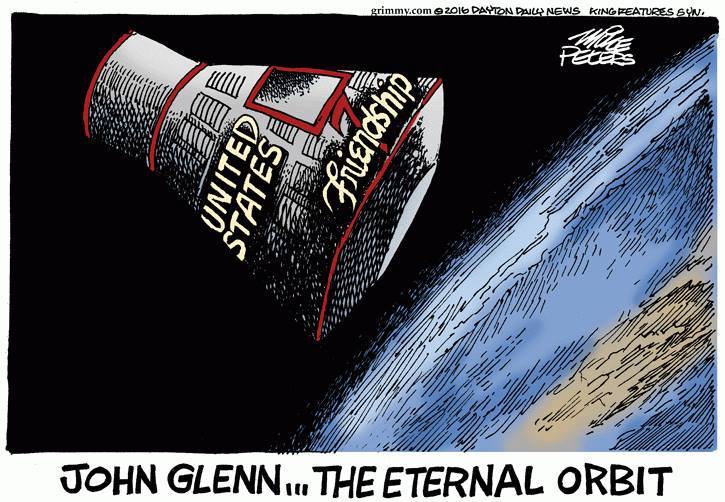