Congress returned, and immediately shot itself in the foot by being against ethics before they were for them. That made no sense, even to Overlord Donald I, so Congress backed down. Then Congress got down to business: They revived a rule allowing them to reduce the pay of individual government workers, which was why they were building lists of pro-climate change bureaucrats. Now, they are working on the process for dismantling Obamacare. Dr. Pence nailed the GOP theme: 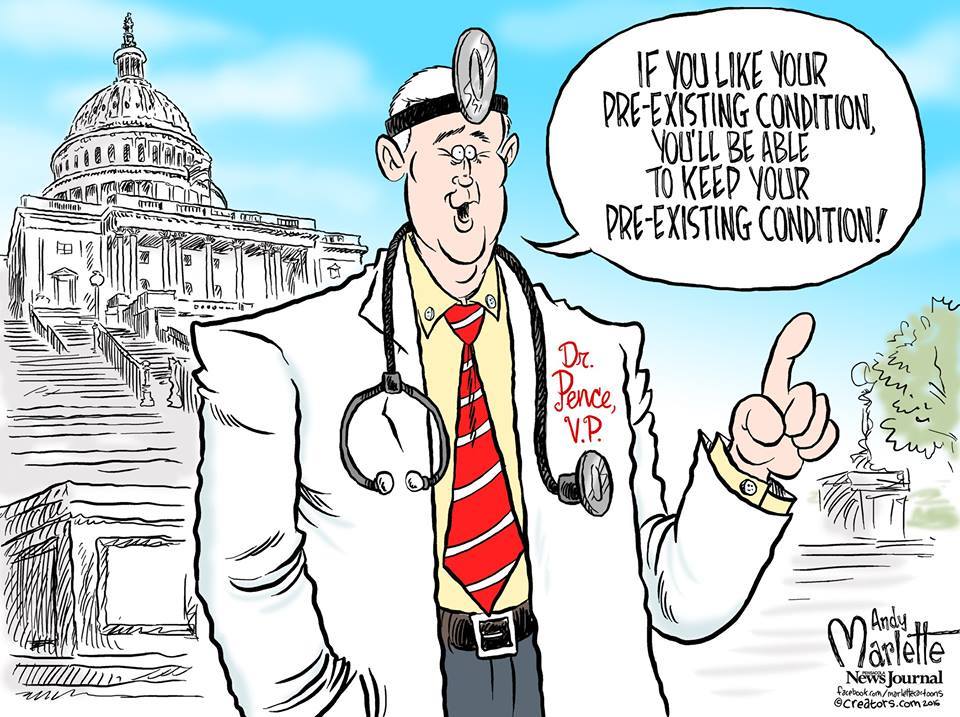 The GOP will try to baffle the people by guaranteeing “Universal Access”, to health care. That does not ensure that anyone actually has insurance:

The big story of the week was the Russian hacking. Trump was briefed on Friday. Wrongo is skeptical that it made any difference to the election result. Trump’s public skepticism that Russia was behind it is also troubling: 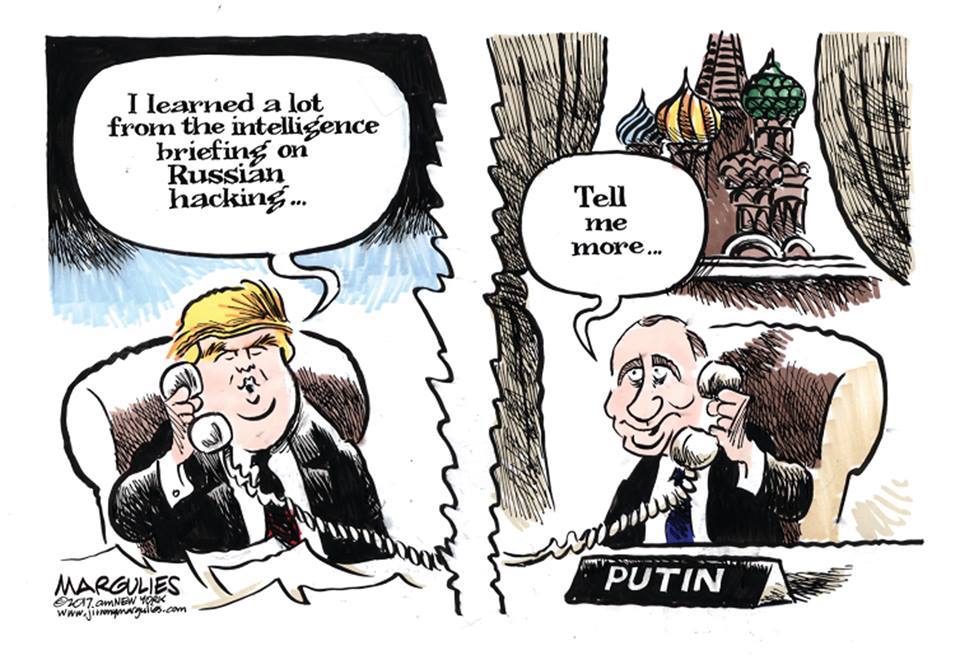 Don’t worry about Trump releasing any secret stuff. The hacking report is 50 pages long, so he’s not reading it. He’ll watch the declassified stuff on Fox News and tweet what he thinks: 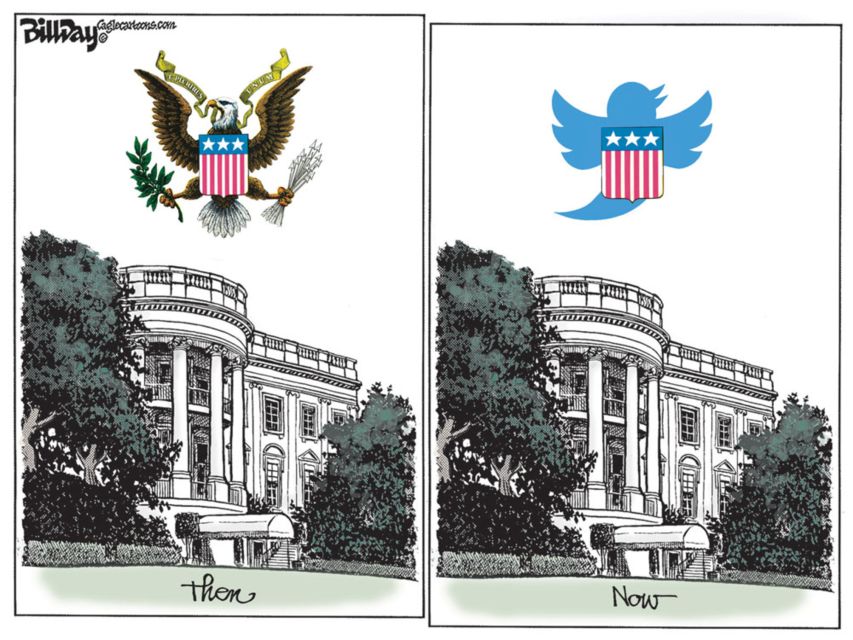 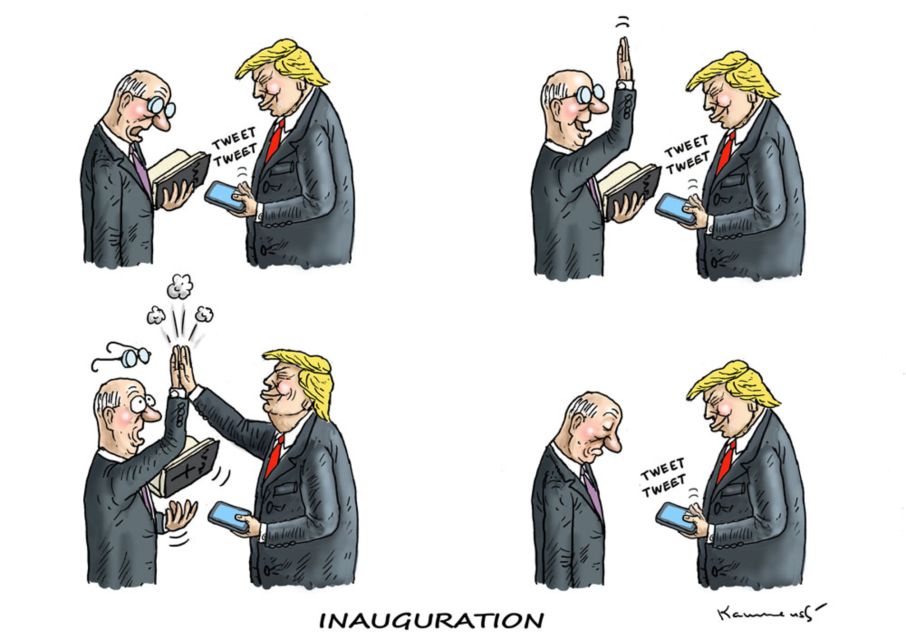 (This cartoon is by Marian Kamensky, Slovakia) 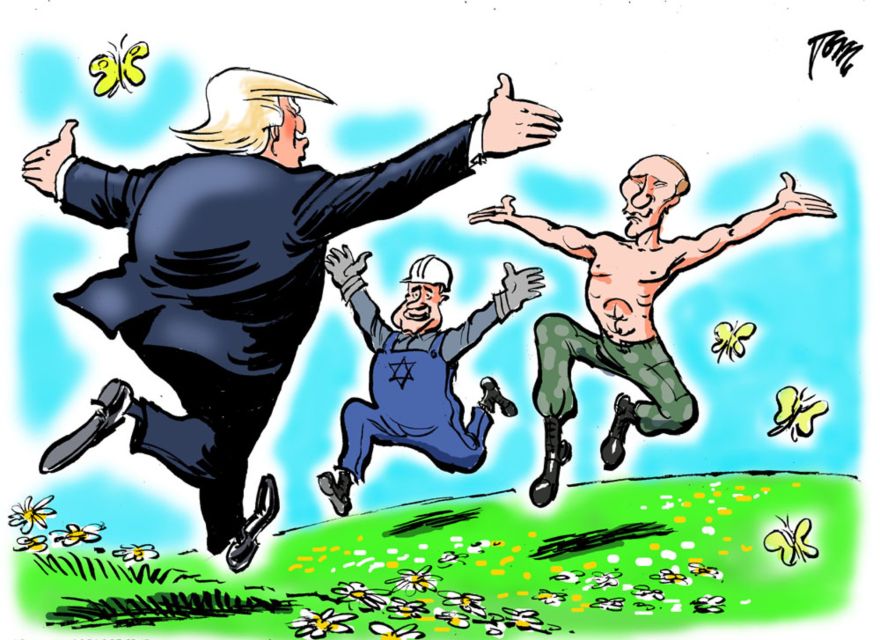 (This is from Tom Janssen, The Netherlands)