Now, Republicans are close to that goal.

Resolutions for a Constitutional convention have already passed in 28 states. And after November’s elections, Republicans control both legislative chambers in 32 states, while also dominating Nebraska’s uni-cameral legislature, giving them 33. This means that they are just one state shy of the 34 needed to propose an Article V convention. And Republicans now hold 34 governorships.

OTOH, Nevada’s House and Senate flipped to the Democrats, offering progressives an opportunity to rescind the convention resolution they passed previously.

Well done Democrats! Not only will the GOP control the Supreme Court for the next generation, they are on the cusp of rewriting the Constitution to make the Federal government a weak shadow of what it was under FDR and LBJ.

Say goodbye to the liberal democracy you say you cherish. Neither the President nor the Supreme Court have any say in this if 34 states agree to hold a Constitutional convention.

The balanced budget amendment has been a priority of the American Legislative Exchange Council (ALEC) for decades. ALEC, whose funders include many very large US companies, has poured huge sums of money into state legislative races, and provides sample legislation to its members.

According to In These Times, at ALEC’s July 2016 annual meeting, the Constitutional convention was made a top priority. ALEC has adopted model rules for an Article V convention and offers its members model language for a resolution to call for a convention. After focusing on state legislatures for decades, they now have tight relationships with many states across the country.

Since 2000, ALEC did a brilliant job of using the Congressional mid-term elections and state elections as a referendum on the Obama administration. And since Obama came to office, Democrats have lost control of 958 state legislative seats.

If a convention gets triggered, state legislators from across the country will convene to propose amendments, which then need to be ratified by three-fourths (38) of the states to become part of the Constitution. There are concerns however, even within the right-wing that a Constitutional convention could become a runaway train, attempting to go way beyond its stated goals, or by creating more division in an already divided country.

The best argument against a Constitutional convention is that any benefit gained by fixing glitches in our system could easily be outweighed by the risk of letting the crazies have a shot at wrecking the whole thing.

But no need to worry about that particular risk. The crazies are already here.

Republicans love the Constitution so much that they just nominated as a Supreme Court Justice a strict constructionist who will decide cases in accordance with the Constitution’s original intent. The GOP says they cannot abide tampering with that.

And yet, they are working to change it.

If you think we should only want a Constitutional convention when the country reaches a crisis point, welcome to our new world: 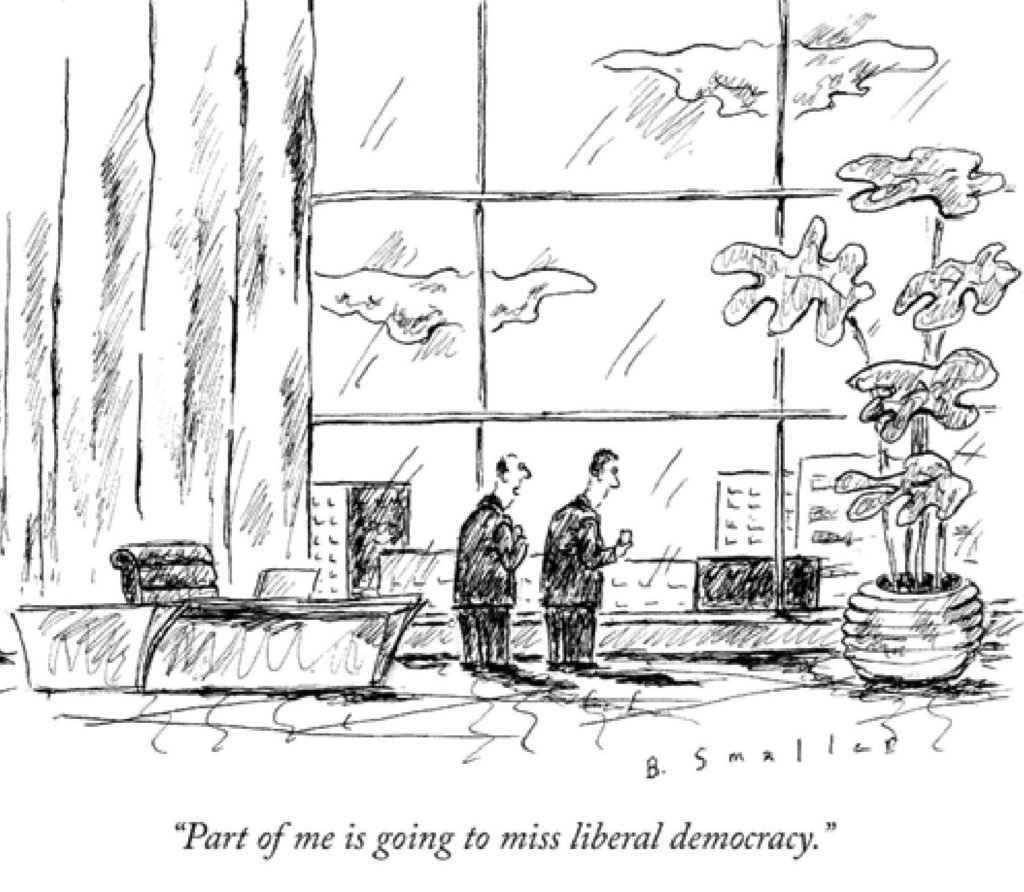 There are two possible outcomes at this point. Either the crazies succeed and consolidate power on top of the wreckage of our current system, or they will falter and fail.

Sorry Democrats, you just can’t sit back and count on the latter.