The Senate’s tax bill was written by lobbyists, and was hardly read by lawmakers. About 2 pm Friday afternoon, Claire McCaskill (D-MO) tweeted a list of Manager’s Amendments she’d received from a lobbyist rather than from her Republican colleagues. From McCaskill:

None of us have seen this list, but lobbyists have it.

Republicans just took 200 years of Constitutional process and trashed it so they could tell their corporate benefactors that they had passed something this year.

That doesn’t seem to be the right way to do things, but the GOP no longer trusts that its ideas will carry the day if they are put under scrutiny and debate. Presuming this dog’s breakfast gets through conference, six months from now, the Republican leadership will be standing at a podium, looking very concerned. They will say America needs immediate reforms to Social Security and Medicare (please don’t say “entitlements”) in order to reduce America’s out-of-control deficits. Rubio and a few other high-ranking Republicans have openly said that this is their plan.

Here is a handy chart from the CBO on how the tax cuts for individuals break down: 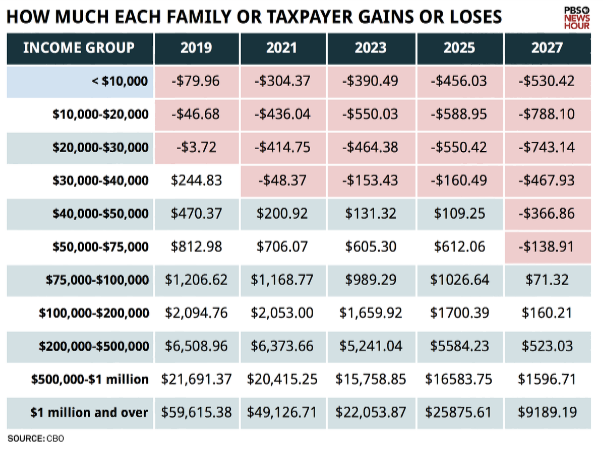 David Stockman notes that 97% of the $1.412 trillion revenue loss over the next decade, based on the Senate bill, is attributable to the $1.369 trillion cost of cutting the corporate rate from 35% to 20% (along with the repeal of the related AMT).

All the rest of the tax bill is a zero-sum stirring of the pot. Of note, $83 billion of the tax cuts go to the estates of 5,500 dead people per year, since the bill doubles the estate deduction to $20 million per couple.

But they did all of this to help the little guy, amirite? On to cartoons. More than the tax bill happened last week, so let’s review: Flynn and Manafort. House of cards? 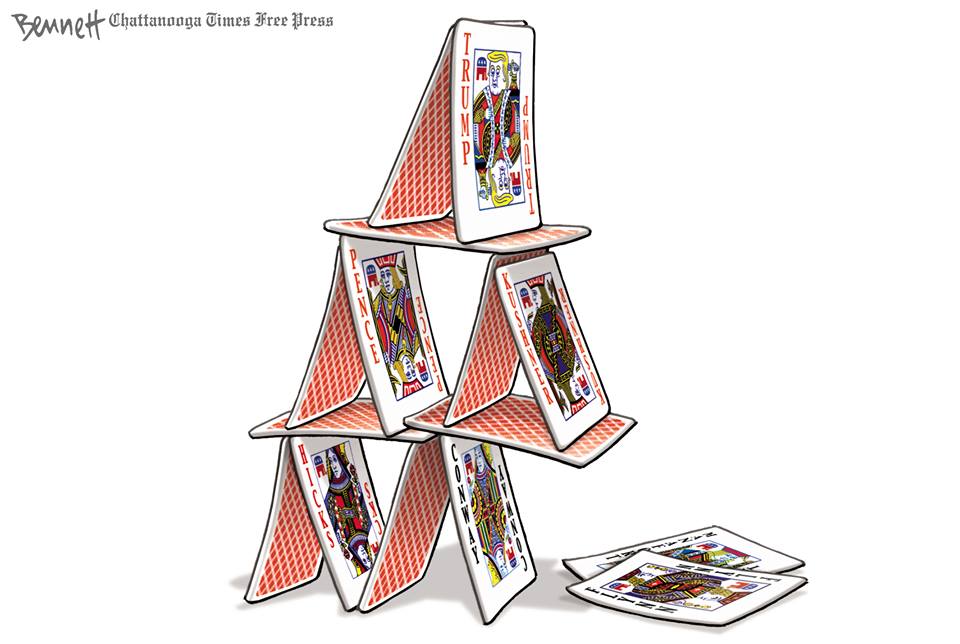 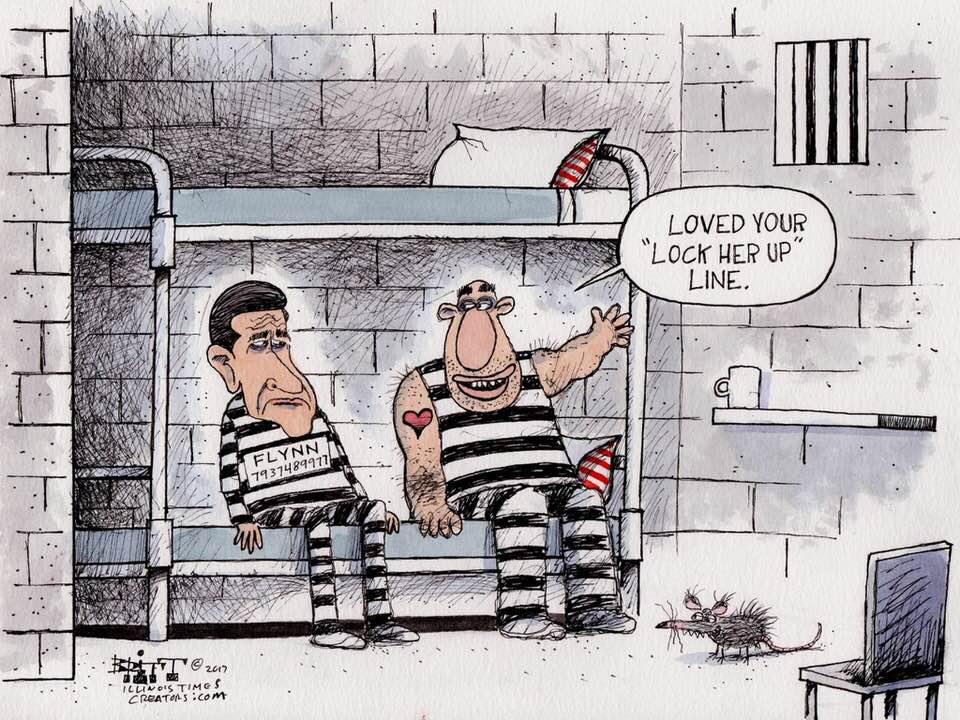 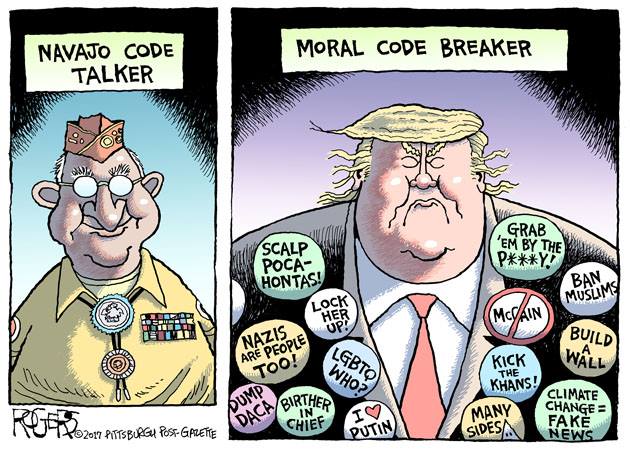 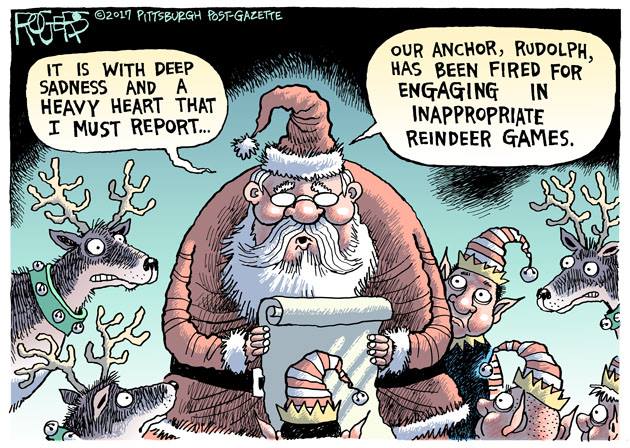 Roy Moore says what he means, and means what he says: 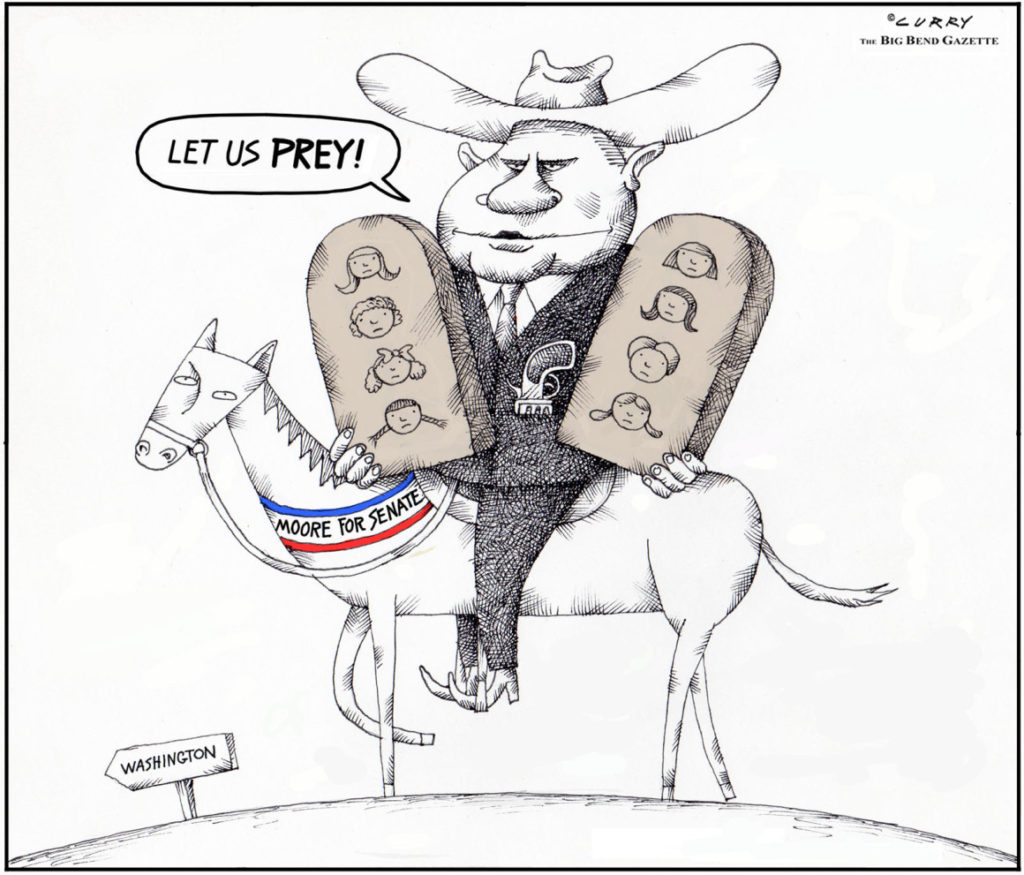