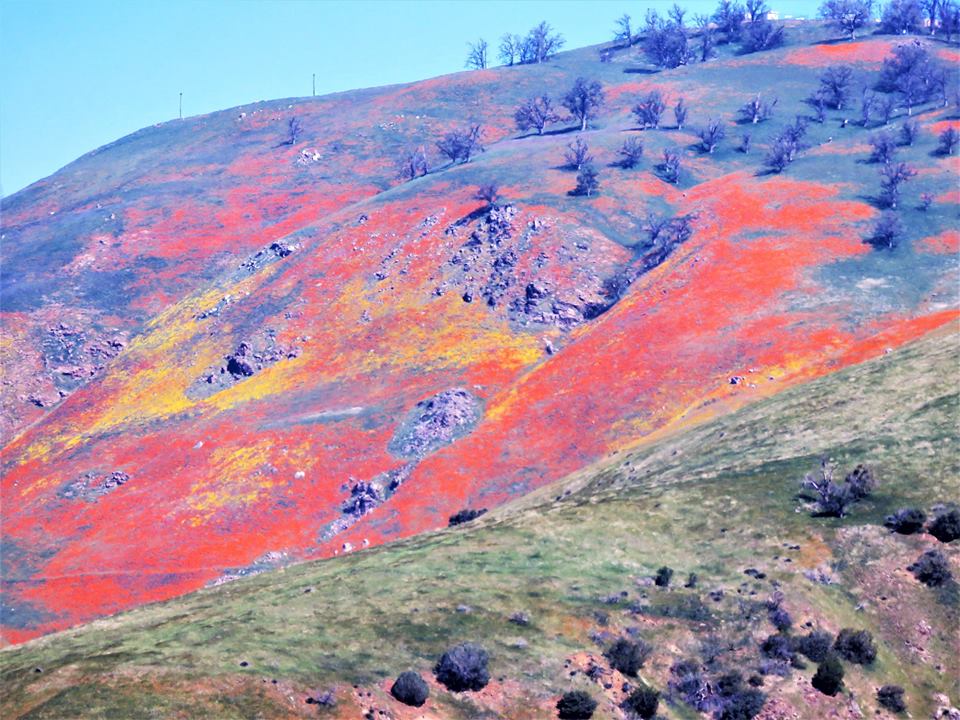 Another view of spring flowers in the Tejon Pass, CA – May, 2018 photo by Dianne Erskine-Hellrigel

While it appears that the teacher walkout in Arizona is over, red state education cuts are bad enough that teaching jobs are now being outsourced. The NYT reports that many US schools are filling low-paying teaching jobs with immigrants:

Among the latest states hit by the protests is Arizona, where teacher pay is more than $10,000 below the national average of $59,000 per year. The Pendergast Elementary School District…has recruited more than 50 teachers from the Philippines since 2015. They hold J-1 visas, which allow them to work temporarily in the United States, like au pairs or camp counselors, but offer no path to citizenship.

The NYT reports that according to the State Department, more than 2,800 foreign teachers arrived in America last year through the J-1 visa program, up 233% from about 1,200 who landed here in 2010.

Are public school teachers a new class of migrant workers in America? Is teaching becoming another category of “jobs Americans won’t do” in the Trump era?

Arizona has a reported shortage of 2000 teachers state-wide. This is a direct result of Arizona’s low teacher salaries, (43rd in the nation), and poor funding for public education. More from the NYT:

According to the State Department, 183 Arizona teachers were granted new J-1 visas last year, up from 17 in 2010.

Poor school funding and low teacher salaries are a direct result of tax cuts that then require government expense cuts. Local governments can’t engage in deficit spending for very long without ruining their bond rating, so when tax revenues go down, salaries are frozen, maintenance is deferred, and expenses are slashed.

Wrongo’s home town has this very issue in front of us. Our student population has declined by about 11% over the past few years, but the town’s school budget has steadily increased, despite the declining student census. When the budget goes to voters in a few days, it is likely to be voted down, because so few people are willing to see their taxes increased.

This should be a wake-up call to all of us. Tax cuts do not create revenue growth in our towns, states or the country, regardless of what the faux economists say about trickle-down economics.

There is no “teacher shortage” in America. Do we say there is a shortage of Corvettes because we’ll only pay the dealer $25k for a brand new one? We are seeing across many job categories that fewer skilled individuals are willing to work for the low pay offered in both the private and the public sector.

It seems like a simple concept. The people who you entrust your children to for learning and personal growth should earn an adequate wage, and be able to remain members of the middle class.

If we denigrate a profession enough so that people are wary of investing their time and money to get an education and meet the needs of the job, we will have a teacher shortage. If we then hire foreigners who are willing to do the work for peanuts, we will complete the job of making teaching a low income profession.

This is a plan designed by the right and their hedge fund billionaire buddies to privatize and ultimately, break public education.