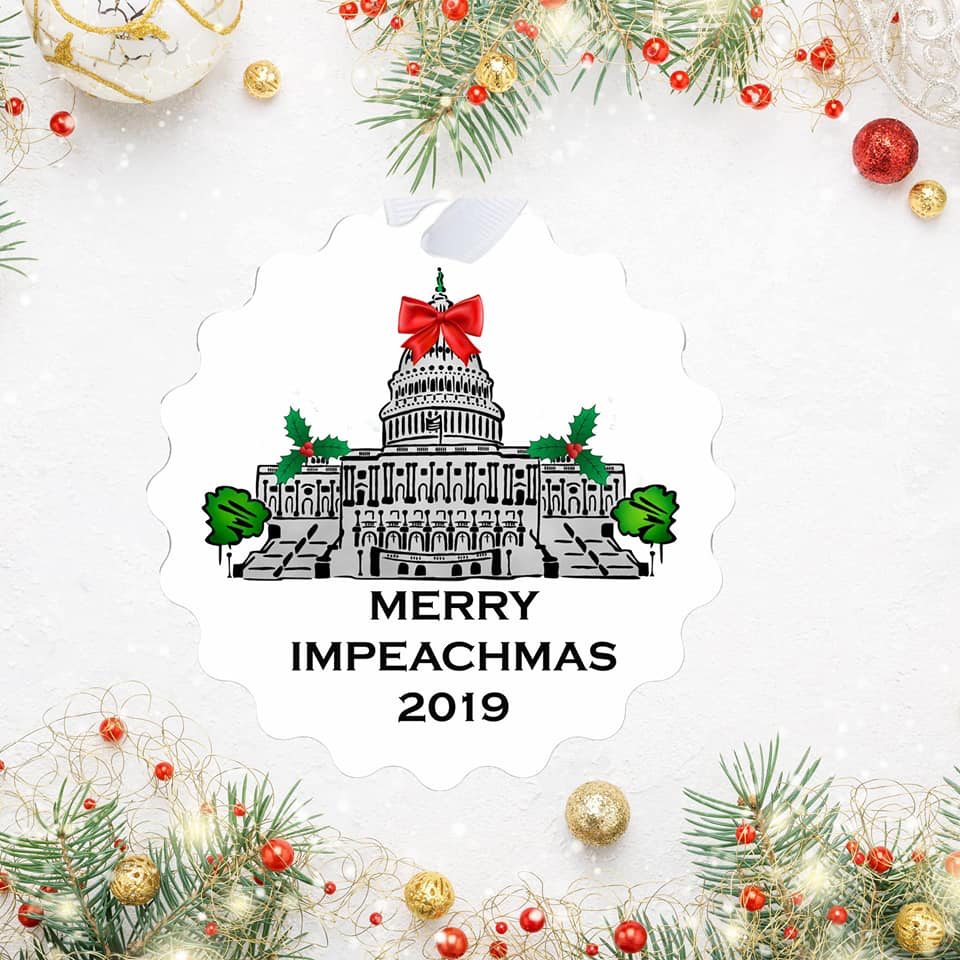 “When you’re born into this world, you’re given a ticket to the freak show. If you’re born in America you get a front row seat.” –George Carlin

Donald Trump was impeached on Wednesday. Wrongo sees Trump as dangerously incompetent and personally corrupt. But the way Democrats have gone about the impeachment isn’t winning the hearts and minds of independents, a group of voters they need if they are to take back the Presidency in 2020 and hold on to the House.

It’s helpful to remember that the only reason the impeachment is going forward is that the 2018 midterms gave Democrats a significant majority in the House. Even with uncontested evidence that the president abused his power, Republicans have demonstrated no interest in holding Trump accountable. It is clear that if they were still in the majority, none of this would be happening.

A side note on Tulsi Gabbard, the only person who voted “present” on both impeachment motions: Wrongo has kind of admired her principled political stands. He’s agreed with a few of them. But voting “present”? Apparently she couldn’t decide on the two motions. She’s a presidential candidate. The ability to decide and lead are core competencies of the job. She has disqualified herself.

It’s always been clear that Trump wouldn’t be convicted in the Senate. It seems that, as with the Mueller investigation, the Dems were unclear about the likely outcome of their efforts. Did they expect Trump would simply resign in shame, or maybe run a half-hearted campaign in 2020? Trump is a fighter and a blockhead, so they should have known he would love the chance to talk about impeachment from now until next November.

The move that caught everyone, including reporters at the hearing, by surprise, was Pelosi’s statement that she had not set a time for sending the articles of impeachment to the Senate. This was surprising since they had been saying all along that they’d impeach Trump by Christmas. They sounded as if they were eager to move the process forward.

Is this a political calculation? It runs the risk of making them look either too clever by half, or worried about the impeachment fallout with voters. After all, voter approval of impeachment peaked in October. Support for it has now fallen, and Trump’s approval ratings have risen since then.

Pelosi seems to be saying that the delay is because they are tussling with the openly partisan Mitch McConnell over the rules for the hearing. There is something to that if you consider that with the Clinton impeachment, the Senate impeachment process was negotiated in private between the Parties, and was approved by a 100-0 vote when Republican Trent Lott was Majority Leader.

That isn’t happening with Mitch in charge. This time, the Republicans want a quick trial, and then to declare victory.

Wrongo thinks that Trump deserves to be impeached, but as someone who was around for the Nixon and Clinton impeachment efforts, it seems as if the Democrats have made the same mistake this time that the Republicans made with Clinton: The Ukrainian case is just too small an offense. Guilt isn’t the issue, but to the average person, the punishment doesn’t match the crime.

With Clinton, 79% of the public thought Clinton was guilty. But the vast majority thought that lying about consensual sex was too small a crime to merit impeachment.

Democrats have a similar problem today. Trump did it, or at least, tried to do it. He’s incorrigible, too. He won’t have any hesitation about abusing his office again if it means gaining some personal advantage.

But because the Trump impeachment case has been so tightly limited to the Ukraine episode, the Democrats have lowered the stakes. People shrug: Ukraine got its aid eventually, and the Ukies aren’t investigating Hunter Biden, so….whatever.

Public support for impeaching Trump is about 50/50 and hasn’t moved appreciably in months. As much as Trump is a terrible president, Dems have managed to make him look borderline acceptable in this case.

Most of our DC politicians live in the beltway bubble. You can be sure that in 2016 many Dems said “It’s going to be a landslide. No woman or minority is going to vote for him.”

Then, the Dems were shocked by the Mueller report non-event.

Now, they’re flummoxed that impeachment is becoming less popular. They were sure it was going to popular with even the few Republican moderates and most independent voters.

Where do Dems go from here?