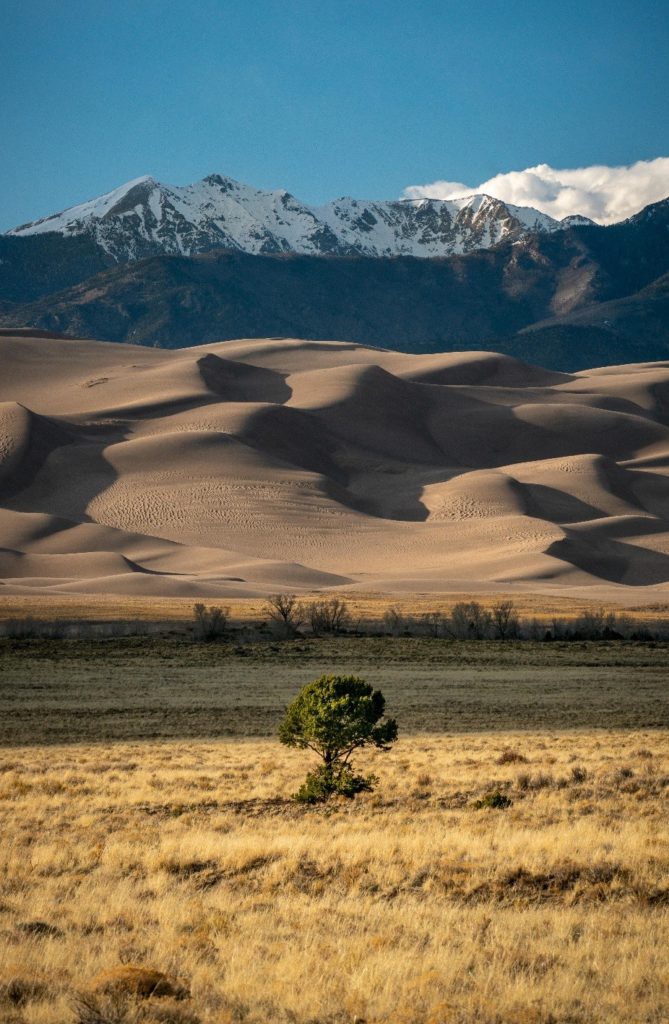 Welcome to the 85th Saturday in April, fellow disease vectors! Here are the updated COVID numbers (as of 4/9): 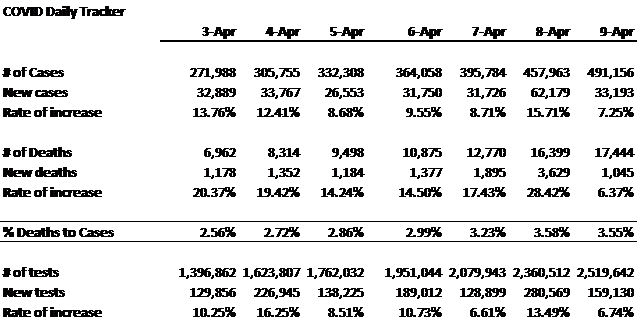 America and the world are fighting a two-front war, one with the COIVID-19 pandemic, and another with our self-imposed, slow-rolling financial meltdown. Many think, like Trump, that the damage to the economy is worse than the loss of 50,000-100,000 American lives.

A tenth of the work force has applied for unemployment benefits, while millions more are not working. In addition, small businesses are going under. So the GOP is pressuring Trump to declare victory and re-open the economy, and he’s looking for a plan to get people back to work.

But it isn’t just a plan. Attorney General Barr strongly suggested in a FOX TV interview that states don’t have the right to shut down businesses and schools during a public health emergency, and hints that the Trump administration could take action against states that don’t rescind shelter-at-home orders next month:

“When this period of time, at the end of April, expires, I think we have to allow people to adapt more than we have, and not just tell people to go home and hide under their bed, but allow them to use other ways — social distancing and other means — to protect themselves,”

Apparently, Barr is focused on what happens after the CDC’s guidelines on social distancing expire at the end of April. This is a clear sign that, while Barr is willing to allow states to do what they are doing now, his and the administration’s patience will expire when the CDC’s guidelines expire.

The WaPo reports that Trump is about to announce the creation of a second Coronavirus task force aimed at combating the economic consequences of the virus:

“The task force is expected to be led by Mark Meadows, the White House chief of staff, and include Larry Kudlow, the president’s chief economic adviser, and Mnuchin, the treasury secretary, along with outside business leaders. Others expected to play a role are Kevin Hassett…and the president’s son-in-law, Jared Kushner…”

One of the lynchpins of reopening the economy is supposed to be universal testing for the virus. But NPR reports the government is ending its funding for testing:

“…the federal government will end funding for coronavirus testing sites this Friday. In a few places those sites will close as a result.”

Reopening the economy without adequate testing is just like walking blindly in a minefield. And we know that testing remains generally unavailable.

The job of the administration should be to make the “5-minute” test kits cheap enough that every urgent care, every pharmacy, every clinic, can have two or three, and be running tests. Not just the current 10 -15 per state, but tens of thousands, so that widespread testing can be easily available.

Trump gave his game away yesterday when CNN’s Jim Acosta asked him:

What could go wrong? Plenty of things could go badly wrong.

If/when they do, Trump will blame the states, especially those with Democratic governors. Believe it or not, he will then campaign as the man who stopped the epidemic, and at least 40% of voters will say he accomplished it.

Let’s focus on relaxing for a few minutes with a new Saturday Soother. Wrongo hopes that you are staying healthy, productive, and in good spirits. If your income stream has been disrupted by the pandemic, Wrongo hopes you use the time constructively: Do something you’ve wanted to do for a long time.

Today we continue in the English pastoral idiom that we started last week.

Here is British composer Gerald Finzi’s “Introit for Solo Violin & Small Orchestra Op. 6”.  Played by the Northern Sinfonia with Lesley Hatfield on solo violin. It is conducted by Howard Griffiths. This is music that leads to private thoughts, something we all need right now:

We really know so little. To begin with, we don’t know how the virus spreads. We are learning but that’s all. In the beginning, we guessed wrong that it was not spread by healthy (asymptomatic) persons. Doctors disagree over the size of the droplets that carry the virus. So we are almost like we were before we had the germ theory where all we can do it isolate.

Also “test” is a simplistic word. Which test? We need a test that tells a clinician that someone had the virus in his system, and a test with a fast result is essential. But a negative test means little, especially in a healthy (asymptomatic) person, because in the absence of a vaccine, that person could be infected next week or next month. So we need a test of antibodies – but even still, we don’t know how long immunity lasts.

And then we have the notion that the president can order the country back to work. Even if a business reopens, who will come? And yes, I know someone will, but imagine the NY Mets having their opening day May 15. Will anyone show up? And if they do, will we see a spike in sickness a few weeks later?

We need time for the science to do its work. We may get lucky, viruses do became less virulent over time (sometimes to re-emerge with vigor).

Great comment Terry. I may hoist this from comments up to my Monday article. Thanks!

Thanks, my day job involves reviewing medical records as an underwriter. I interact with doctors (who are my colleagues) and keep up with the changes in medicine. It is frightening to see Trump point to his empty head and his source of information.