Wrongo and Ms. Oh So Right were in South Hero VT for the weekend. Here is a pic just after sunset, looking west towards Plattsburg NY. There is little fall color in Northern Vermont yet: 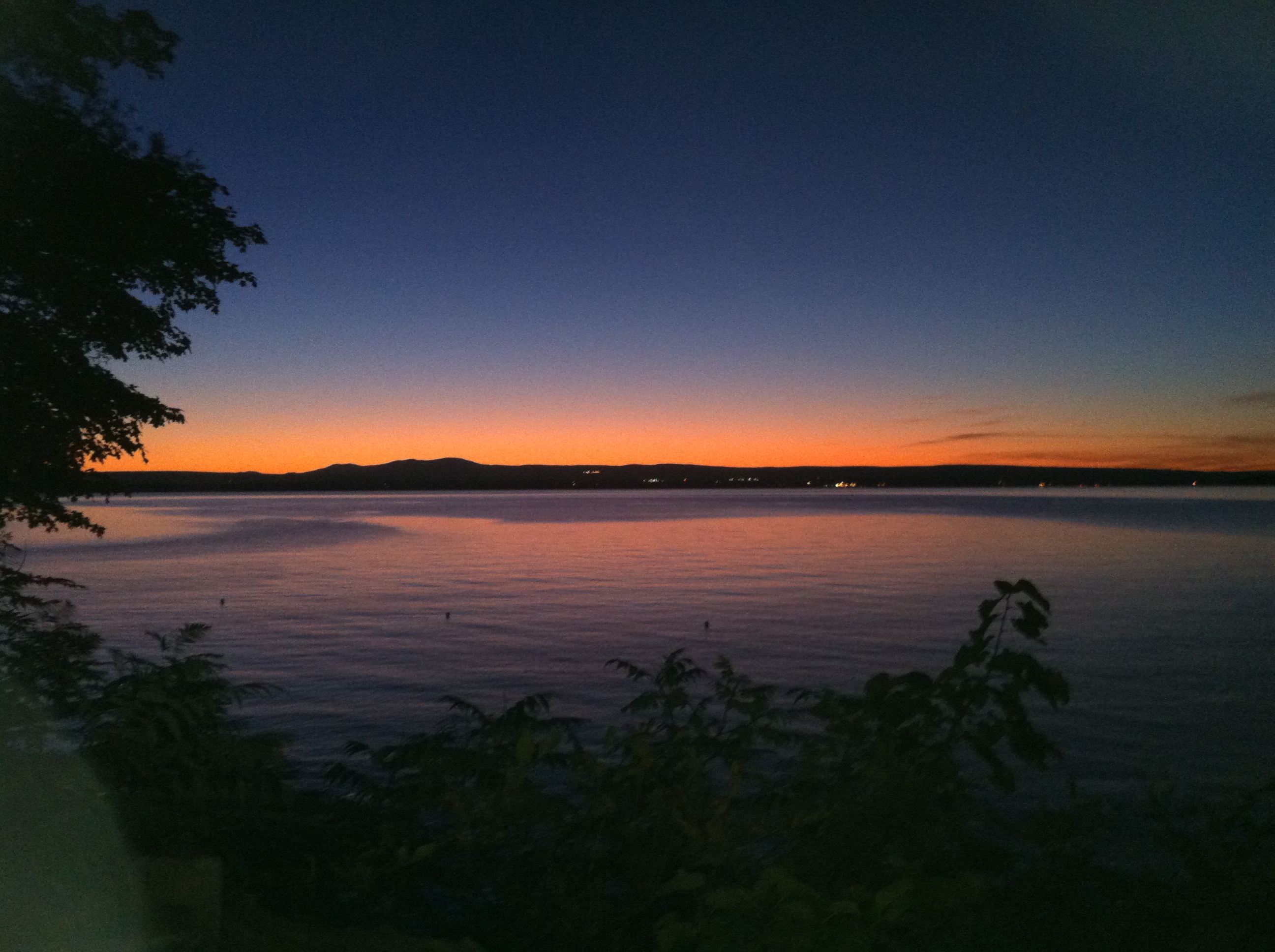 A few thoughts about Boehner’s resignation. Boehner faced a choice between a coup and a shutdown. That led him to make a deal with the Teahadists: If he stepped down as Speaker, they would vote for a “clean” Continuing Resolution (CR) and avoid a government shutdown. Several members of the Freedom Caucus, the conservative group that led the revolt against Boehner’s leadership, said they will now support the spending bill without demands that it include language to cut off funding for Planned Parenthood. Alex Pareene summed up the Boehner era:

It was not a distinguished tenure. His meager accomplishments came in spite of himself and to the great consternation of his Republican colleagues. He pinballed from one pathetic humiliation, usually at the hands of his own caucus, to the next. The only reason Boehner remained speaker for as long as he did—to his eternal regret, it is clear—is because his bitterest opponents were too stupid to figure out how to oust him, and his likeliest replacements never wanted the job.

So, at least as of the time this is written, the corporate wing of the GOP will get their clean funding bill (and retain a shot at the Presidency next year), at the same time, the Teahadists are allowed a “victory” by getting rid of Boehner. The corporate wing will insert another one of their guys in the Speaker position and a year down the road, Boehner is out from under the lobbyist rules, and goes on to a job paying 10 times of his current salary.

But we’ve got unfinished business, like the transportation bill, the Debt Ceiling and the Omnibus Spending Bill to keep government functioning into next year. These will be left for the next Speaker.

The GOP establishment looks to be fragmenting into two parts. They have the majority, but they have lost Eric Cantor, their rain-maker. Boehner, another rainmaker and cat-herder, is now gone. McConnell has now lost the air support he used to enjoy from the House. Rep. Matt Salmon (R-AZ), a co-founder of the House Freedom Caucus, suggested that Senate Majority Leader Mitch McConnell (R-KY) may need to be the next head on the chopping block, particularly for his unwillingness to get rid of the Senate filibuster. From Salmon:

We made a lot of promises to the American people, that if we took the Senate, that we would do certain things and those things have not been accomplished…A lot of the problems we are engaged in is because the Senate doesn’t take any action on anything and there’s nothing that any presidential candidate on our side says that will ever be realized as long as the modern-day filibuster is enacted in the way it is today.

The firebrands in the House say that Sen. Ted Cruz is the defacto leader of the party. The Presidential primaries might determine a different leader, but the establishment wing of the GOP doesn’t have the control it used to have.

But, all is good in the cesspool. So, let’s try to wake up both John Boehner and the Freedom Caucus. Here are The Rolling Stones with “You Can’t Always Get What You Want”, recorded live at the Max in October 1990 and released in 1991: