JFK was killed 52 years ago today. Most of us only vaguely remember the tragedy, but Wrongo was in class at Georgetown in Washington DC when it happened, so he remembers it well. It seemed that the nation convulsed when Kennedy was killed. We watched Cronkite read the news from the ticker, we saw Oswald shot live on TV, and we watched the procession with John-John’s salute. But was the arc of our history really altered? There are what-ifs by liberals about the Vietnam War, but it continued until the Nixon administration. LBJ, thought of as not worthy to succeed Kennedy, delivered the Civil Rights Act, the Voting Rights Act, Medicare and Medicaid, and the National Endowment for the Arts to the country.

On to cartoons. Paris, immigration and the 2016 presidential election dominated the week’s news. 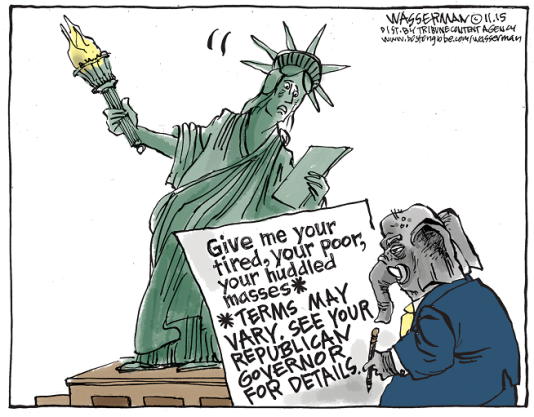 Why we are fearful: 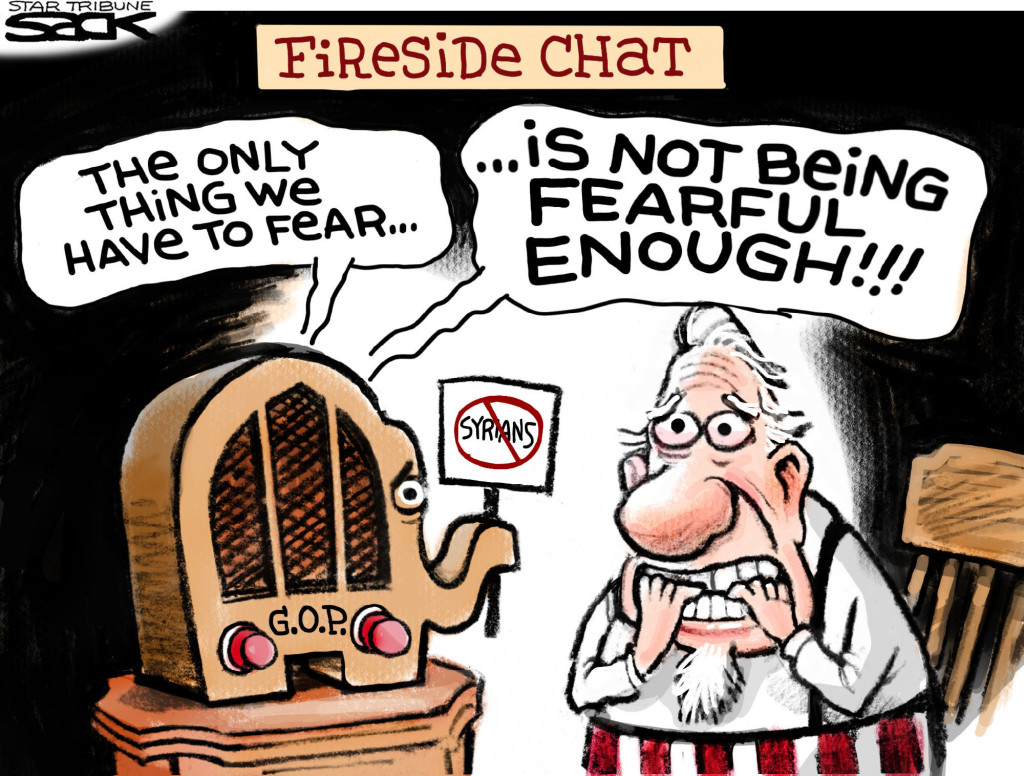 It is a lot easier to pretend that you’re acting tough by talking about closing mosques and turning away refugees than it is to explain why the risks are worth taking. The appropriate response is to point out that it isn’t tough to cower in fear. We are actually tough when we tolerate a little fear in the interest of doing the right and wise thing.

In time for the Holidays, a “No Vacancy” sign:

The safety net is remade by Republicans in His image: 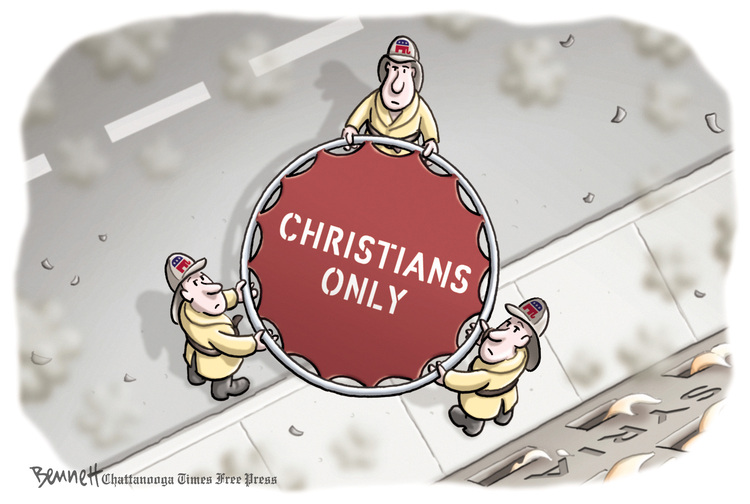 The immigration debate reminds us of walls through the ages: 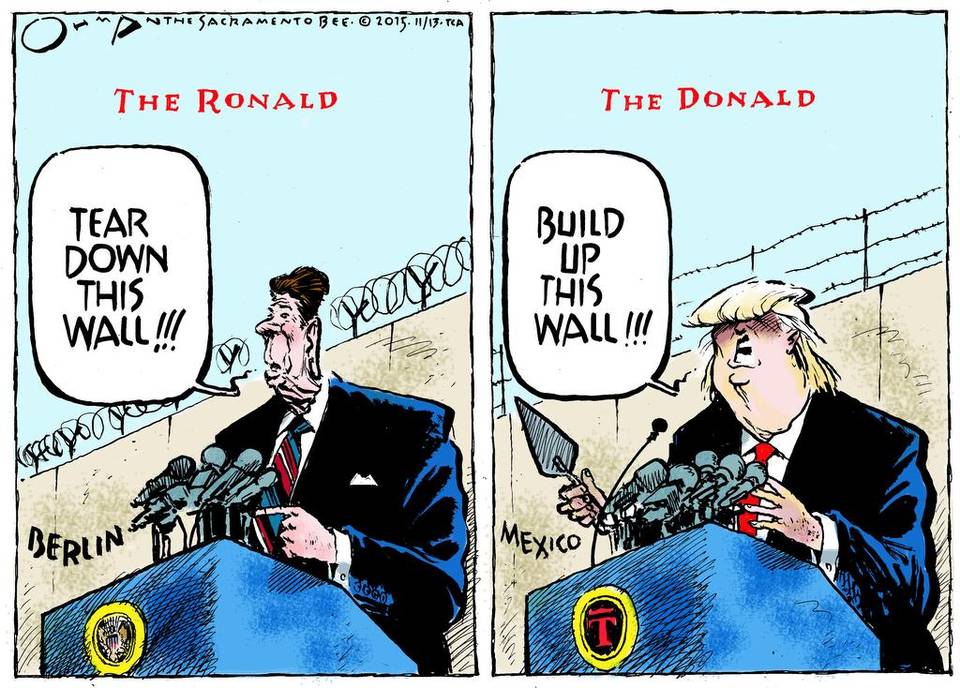 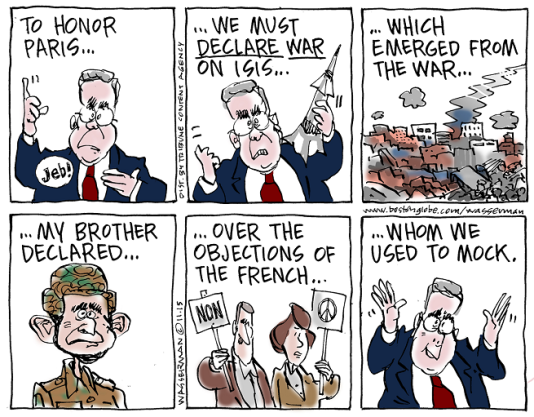 Promise them anything but a balanced budget: 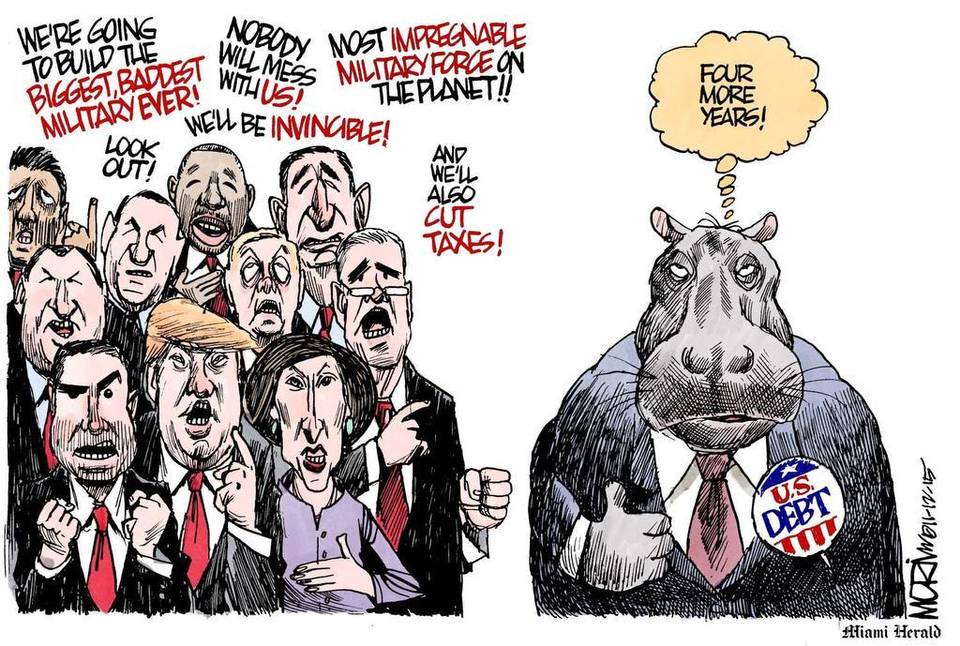