You are not going to read the entire 2000 page Omnibus Budget Bill, but you don’t have to. The thing that you need to know is that despite years of preaching budget austerity, and preaching that expenses must be paid for, the GOP-controlled House passed nearly $700 billion in unpaid-for tax cuts, none of which were paid for by budget cuts or other tax offsets.

Now, get it out of your head the GOP is fiscally responsible. Remember that Reagan quadrupled the Debt. Bush cut taxes while we went to war. Obama has run up the debt as well, but if ANYONE tells you the Republicans are fiscally responsible, laugh in their face.

In other news, the GOP really needs Santa’s help: 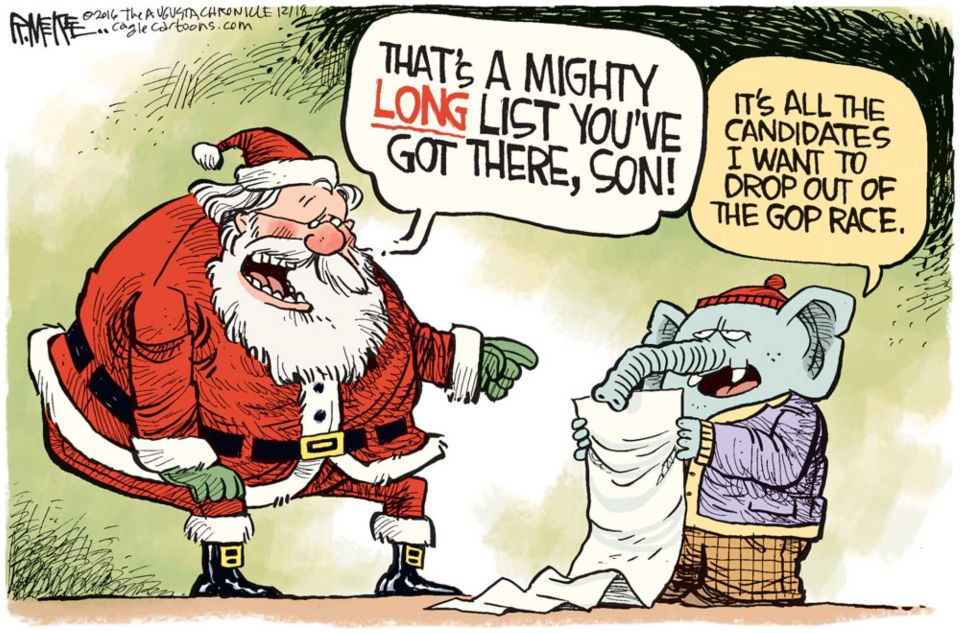 Terror is driving the season: 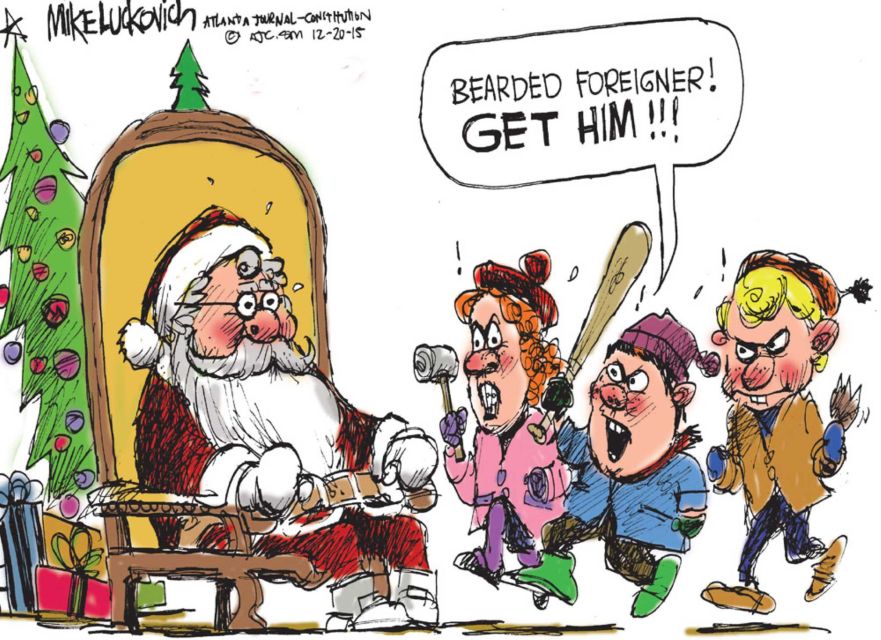 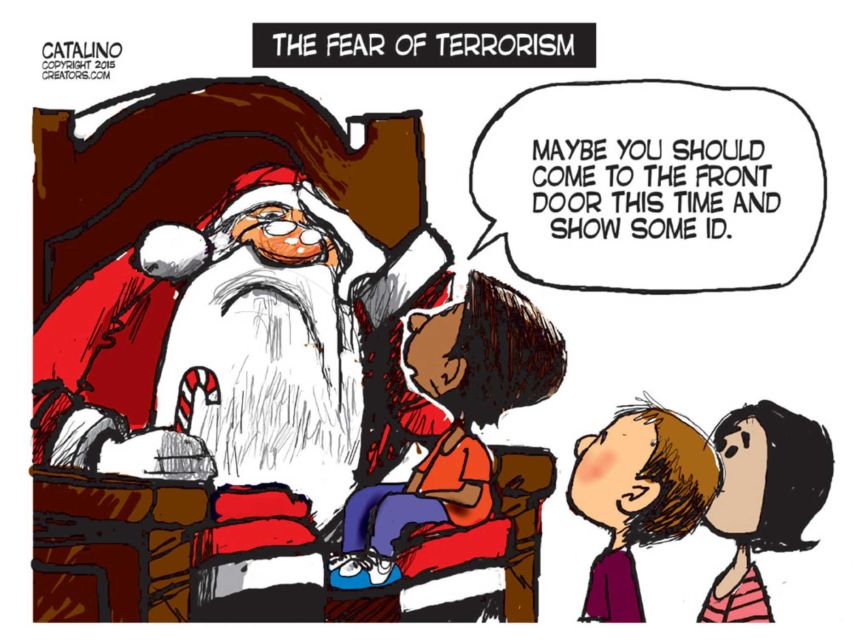 And Grinches are multiplying: 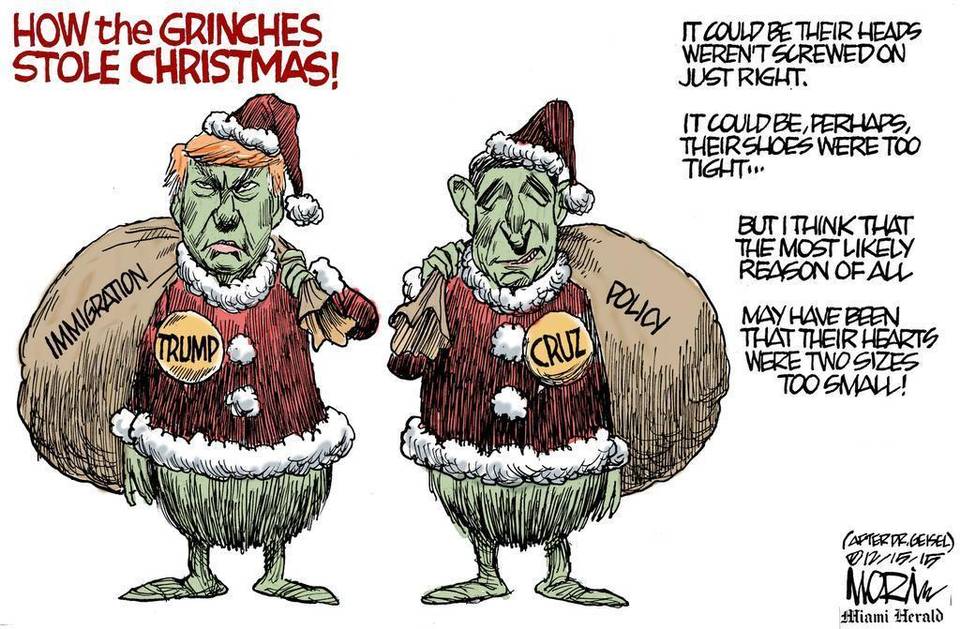 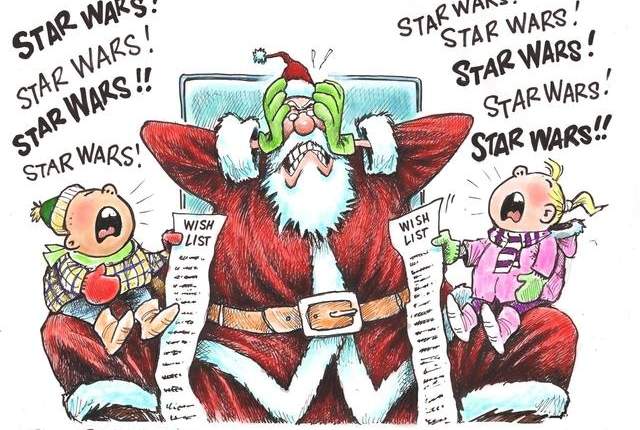 And the Fed raised interest rates for the first time in seven years: 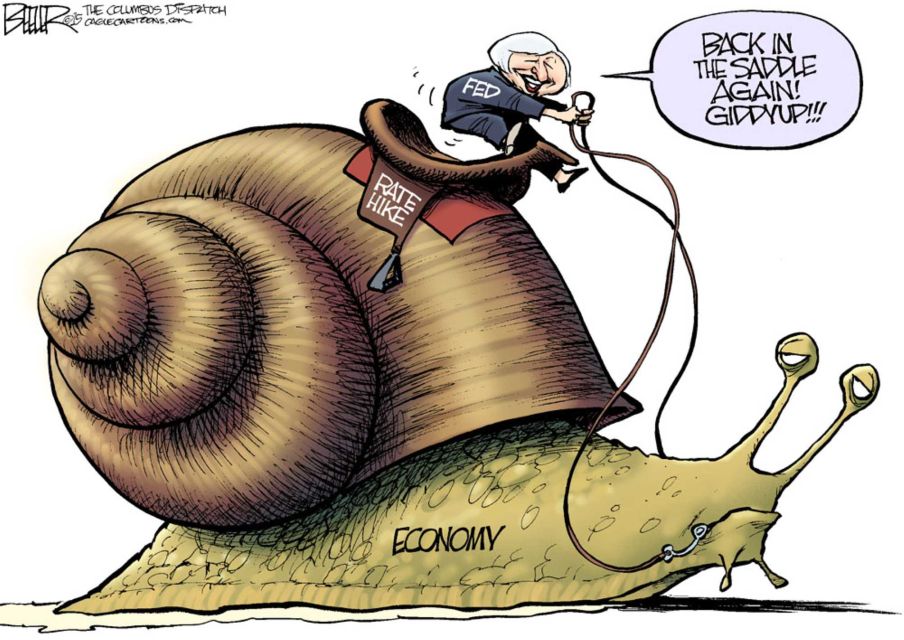 They are killing me in the House. They have not passed a budget. That is a Christmas present to every hog in the governmental trough. It is entrenched fools like this that make Trump look good. If the GOP wants to make him go away they need to grow a set of stones, practice what they preach and cast off the leaches on their backs. Until they do that, animals like Trump will continue to resonate with voters.

I am saddened and disgusted with the path that our country is on. I may have to move to Canada (if my wife let’s me).