Apparently, President Obama makes a playlist every year for his summer fun time on Martha’s Vineyard. Playlists by politicians are common, and usually are big nothingburgers. Obama has a “Day” playlist and a “Night” list. This year, The Atlantic approves of Mr. Obama’s night playlist, and thinks the day list is a snooze. Guess critics gotta criticize.

Make up your own mind: here is the Obama “Night” playlist.

It was a big week in manufactured news. Trump dominates, but Politico speaks about the Trump campaign thusly: (emphasis by the Wrongologist)

What’s bothering people on the [Trump] campaign is that they feel like they’re doing all the right things, but they’re losing every news cycle to Hillary and there’s nothing they can do about it.

It’s doubtful that Clinton has won a news cycle since the convention, but what the Trump campaign is trying to say is that Clinton doesn’t need to win a news cycle as long as Trump “misspeaks” every day. From Karoli Kuns at C&L: (brackets by the Wrongologist)

I think that’s precious, don’t you? Considering that Trump dominates the news for every cycle with his intentional demonization of President Barack Obama and [his] opponent, Hillary Clinton, it’s hard to imagine Republicans wringing their tiny little hands over losing news cycles to her.

Ok, the GOP should keep explaining Trump’s gaffes until America is tired of all the winning.

On to cartoons. Simone Biles gave us a feel-good moment: 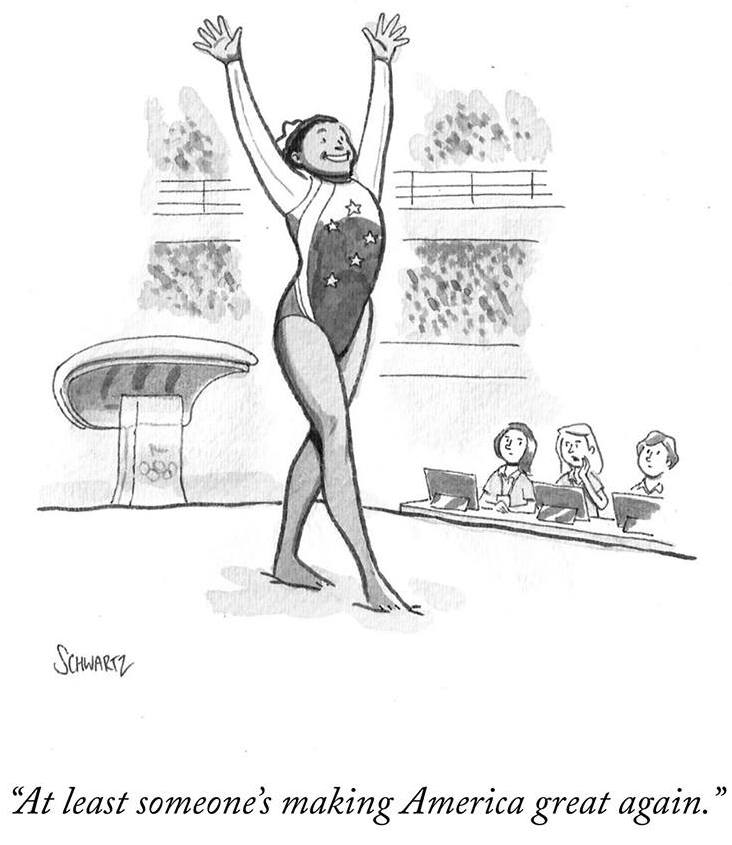 This is the one Burka that Trump likes: 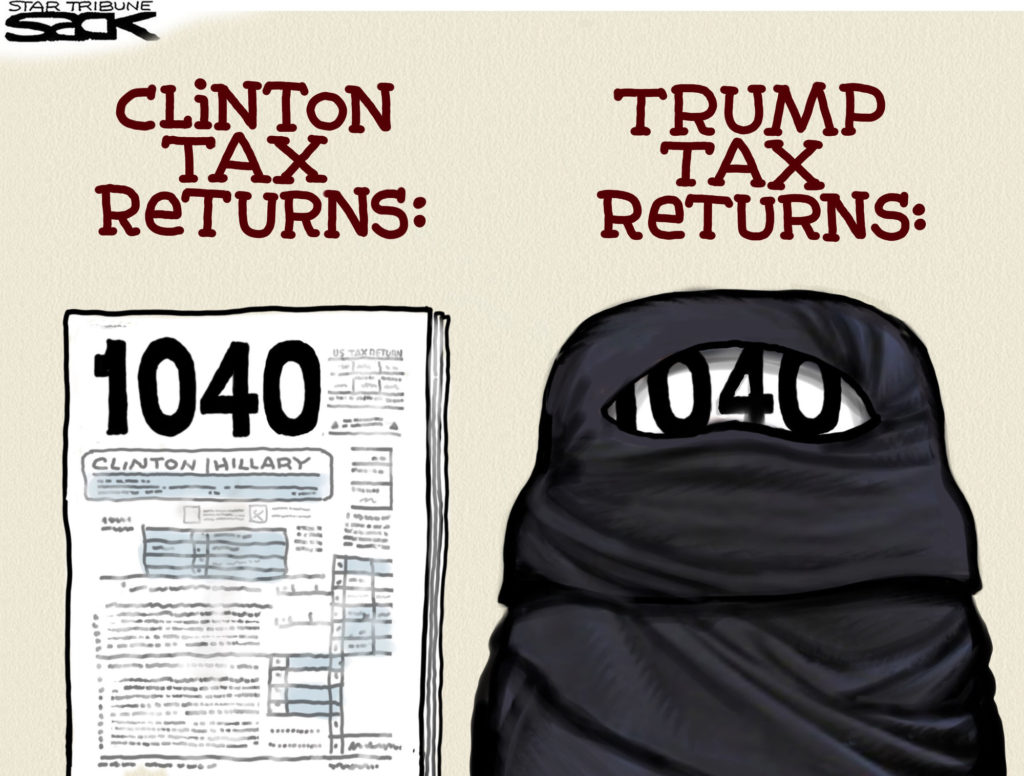 With all of the “resets” and “mansplaining”, the GOP could lose its balance: 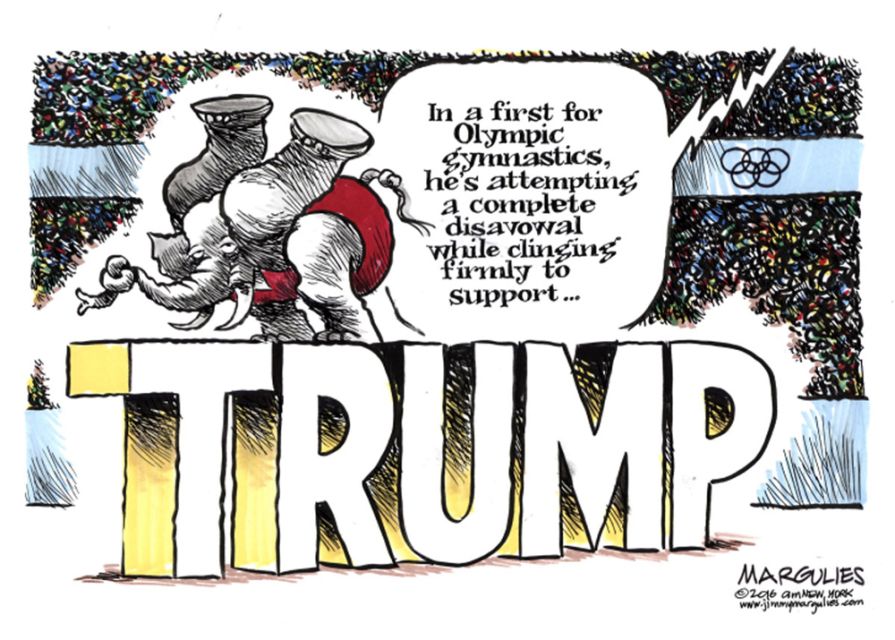 This is as understandable as any other explanation by Monsieur big mouth: 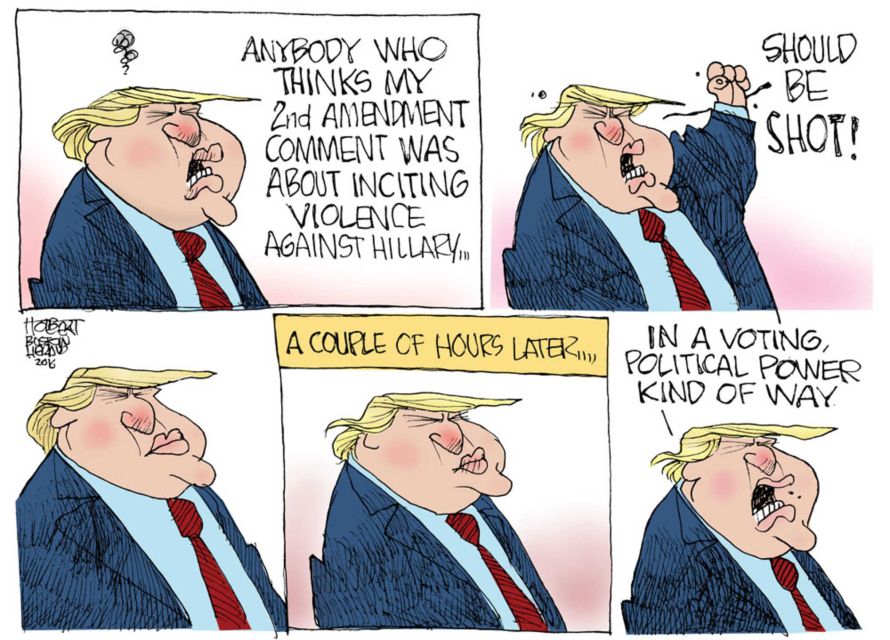 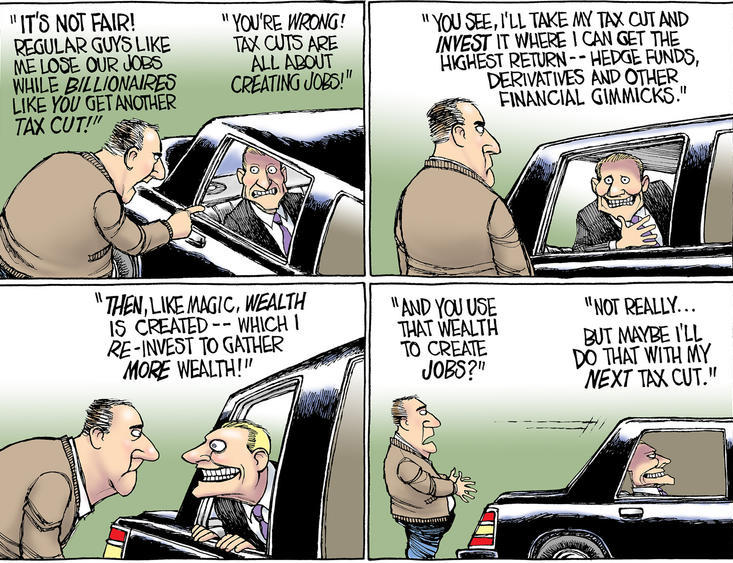