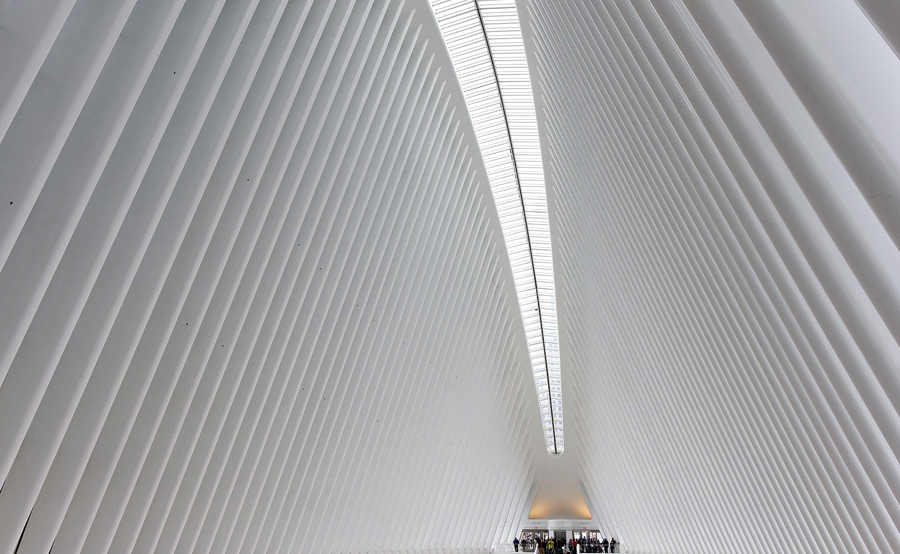 Interior of the Oculus, NYC – photo by Timothy A. Clary

…have been, if anything, kind of normal…

Another part of US foreign policy that is FAR from normal is our effort to square the circle between our NATO ally Turkey, and our Kurdish allies in Syria and Iraq, who are fighting with us to eliminate ISIS as a force in Syria.

Last Tuesday, Turkey triggered a crisis when it launched airstrikes on US-backed YPG Kurdish fighters. The YPG is a Syrian sister organization of the Kurdish PKK Party in Turkey. Turkey believes the YPG and the PKK are terrorist groups whose goal is to destabilize Turkey.

Within Syria, US Special Forces are embedded with the YPG and are coordinating YPG’s moves against ISIS around Raqqa. The Turkish airstrikes killed at least 18 people, destroying the group’s headquarters. The airstrikes triggered heavy artillery and mortar exchanges between Turkish troops and Kurdish forces along the border, raising concerns that Turkey might send its forces into Syria, something the US opposes.

The YPG wants to divert forces from the attack on Raqqa to protect against further Turkish adventures, something the US doesn’t want. Now we learn that the US has placed some of its very limited military resources in Syria between the Turks and the Kurds in an effort to calm the hostilities. From the WSJ:

American forces have started patrolling the Turkey-Syria border to prevent further clashes between Turkish troops and Kurdish fighters, which could undermine the fight against Islamic State, U.S. officials said Friday.

This is the second time we had to break up the fight between the Turks and the Kurds in Syria. We made a similar move last month in Manbij, a northern Syrian town at the epicenter of a fight between Kurdish forces, Syrian government troops and Turkish-backed militants.

We have become our own UN-style peacekeeping force between Turkey and our Kurdish allies in the midst of our very real effort to take Raqqa from ISIS.

So, where are we going with Turkey, the Kurds and Syria? In the ME, the Kurds are one of the few groups the US can trust to perform militarily. They have fought alongside our troops in this region for years. In the past, we have sold them out in favor of Iraqi and Turkish geopolitical desires more than once.

OTOH, Turkey is a NATO ally, one who is the enemy of our Kurdish allies. We have several Airbases in Turkey which help with the fight against ISIS in Iraq and Syria. If the Turks asked us to leave, our military effectiveness in the ME would be seriously weakened.

More than 25 million Kurds live in the region straddling the borders of Turkey, Iraq, Syria, and Iran. They are the fourth-largest ethnic group in the ME, but they do not have a permanent nation-state. The Kurds can see that a state could be created from the NE portion of Syria, and the region they already control in Iraq, if the Turks, along with Syria and its allies would allow it to happen.

Where does the US stand on this? Would we back the Turkish aspiration to control a Syrian buffer area between the Kurds to the East in Syria and in Iraq, and the Kurds in the West in Syria?

Would Russia, Syria, and Iran allow Turkey to succeed at that? What would happen if Russia and Iran moved against Turkey, if the Turks established a foothold in Northern Syria? Would the US come to Turkey’s defense?

Turkish President Erdogan is visiting Trump in DC in mid-May. Last Friday, Mr. Erdogan said he would personally urge Mr. Trump to stop working with the YPG, but Trump plans to directly arm them. What will the US response be to Erdogan, who looks more like a dictator controlling our only Islamic NATO ally?

Time for Trump and the State Department to wake up and solve the complex issues in Syria. Who knew being president would be so hard? This is not a time for shooting from the hip, or for deal-making, but for establishing principles for the end game in Syria with our most difficult NATO partner.

Those who view the Wrongologist in email can view the video here.