(There will not be a Monday Wake Up column this week, as Wrongo continues to deal with getting the Wrong family tax return fininshed by Tuesday)

Why won’t the Syrian tar baby let us go? Why can’t we quit Syria? Some clues from Robin Wright in the New Yorker: (emphasis by the Wrongologist)

Henry Kissinger made twenty-eight trips to Damascus—fourteen in a single month—to deal with the fallout from the 1973 Arab-Israeli War. He finally brokered an agreement with Assad, in 1974, to disengage Syrian and Israeli troops along the Golan Heights.

Jimmy Carter met Assad in Geneva, in 1977, to explore prospects for a U.S.-Soviet conference on Middle East peace. Assad was unyielding. He demanded the return of territory seized by Israel.

Tensions between Ronald Reagan and Assad turned openly hostile after Israel’s 1982 invasion of Lebanon, where Syria had thousands of troops deployed.

Between 1993 and 1996, Secretary of State Warren Christopher made almost thirty trips to Damascus, to broker a deal on the Golan Heights.

In 2007, the C.I.A. corroborated Israeli intelligence that Syria, with North Korean blueprints and technicians, was building a secret nuclear reactor in the remote city of Deir Ezzor. Israeli warplanes attacked the site.

The New Yorker article’s headline calls the Assad family “The Nemesis of Nine US Presidents”. It assumes that this is a one-sided story, but it seems that it is also about America’s little nuclear-armed apartheid partner on the Mediterranean, and the weeping sore of its occupation and annexation of Syrian territory. And we wonder why Russia and Iran have insinuated themselves in the Shiite Middle East.

On to a shortened version of cartoons. The Easter Egg Roll, which takes place at the White House on Monday, is one of the WH’s biggest annual events. Last year, more than 35,000 people attended, but about 20,000 are invited this year. It has been an annual event since first lady Dolley Madison started it in the early 1800s. Trump is at Mar-a-Lago for Easter weekend. There’s an Easter hunt there too: 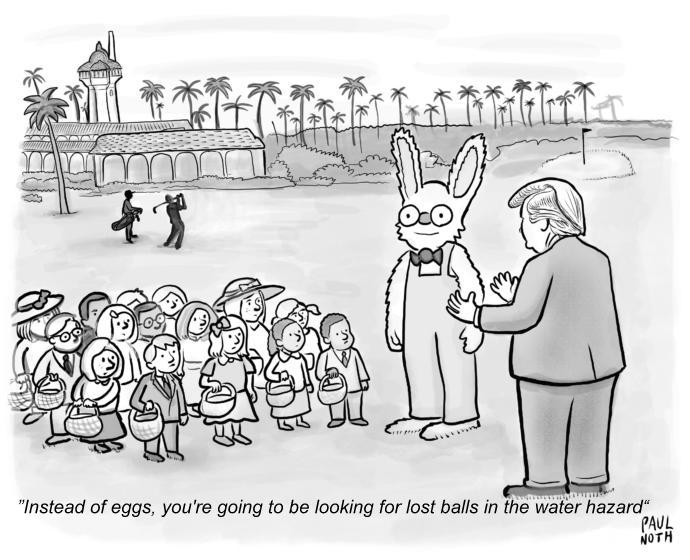 Steve Bannon isn’t getting the message: 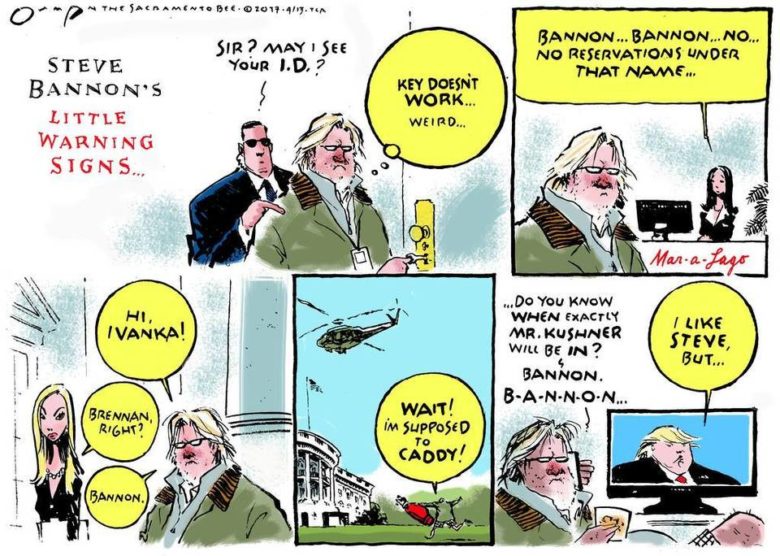 Bannon was “volunteered” to give up his seat on AF One: 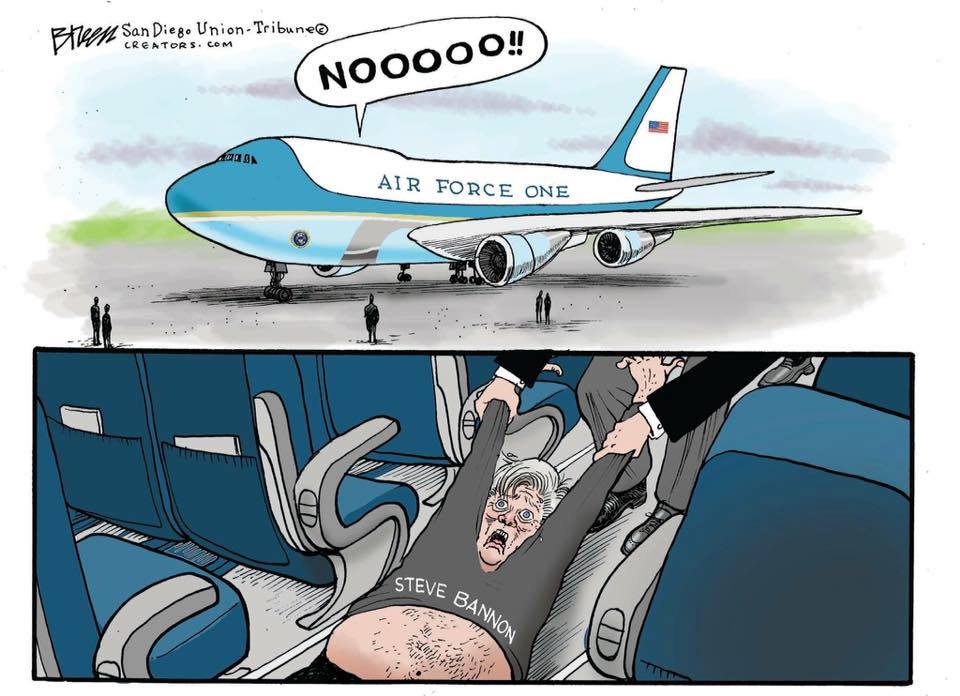