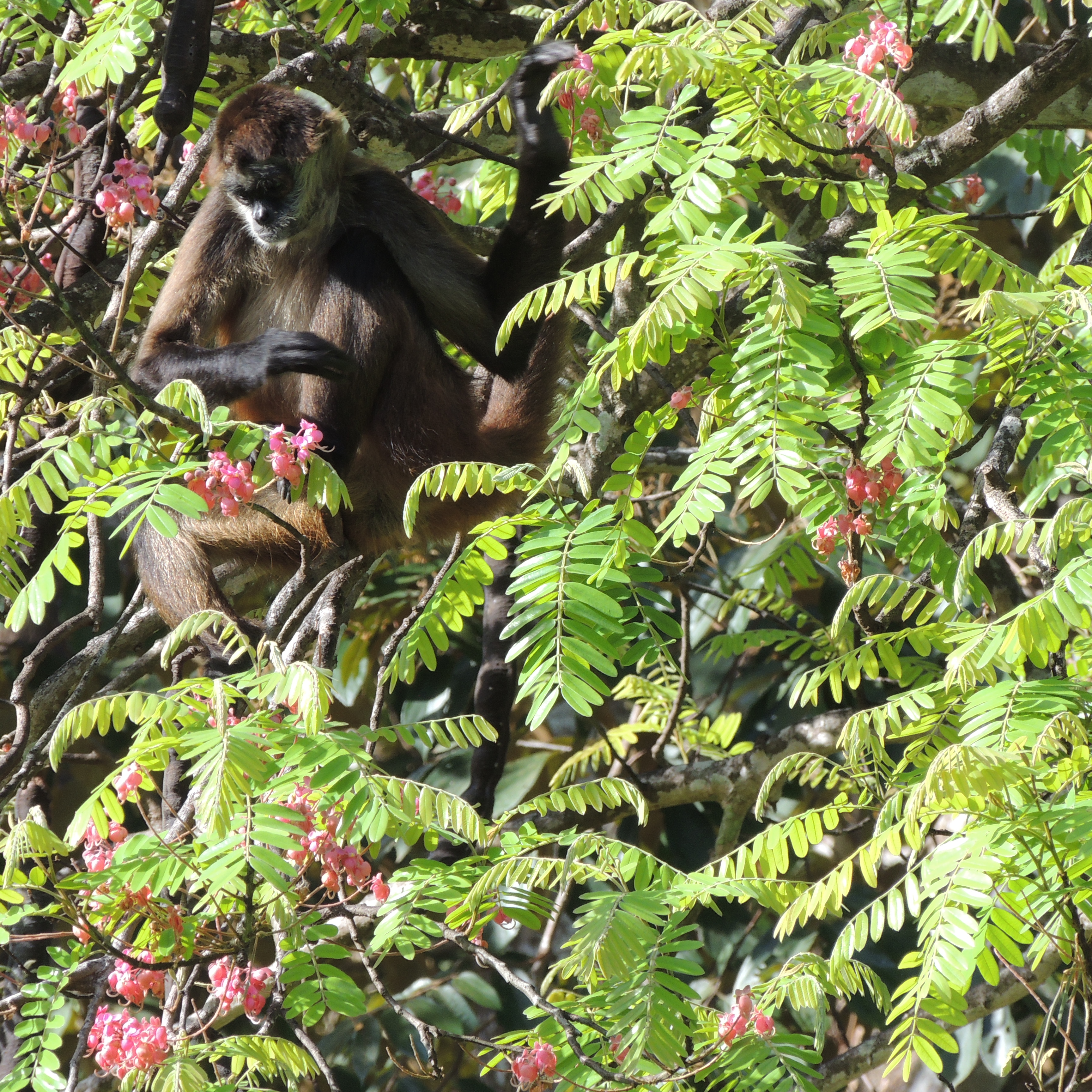 The American economy has never been very kind to people at the lower income levels. In most ways, since 2008’s Great Recession, the economy has become riskier, and more tension-filled for lower income Americans, those making $30,000 or less per year. Nothing makes this clearer than this Gallup poll conducted March 1-5, 2017. Gallup surveyed 1,018 adults in all 50 US states. From Gallup:

Over the past two years, an average of 67% of lower-income US adults, up from 51% from 2010-2011, have worried “a great deal” about the problem of hunger and homelessness in the country.

Concern about hunger and homelessness now ranks as high as, or higher than, concern about most other issues tested in Gallup’s annual Environment survey. The only issue with a significantly higher “worried a great deal” percentage in this year’s poll is the availability and affordability of healthcare, at 57%.

People’s perspectives are based on their experience, so it shouldn’t be surprising that Gallup found that people making more than $75k/year had other concerns, and ranked hunger and homelessness much lower, at 37%. Still, even that number is up substantially from 23% in 2001.

The survey asks participants to rank their concern about 13 elements, and the differences between the concerns of the $30k or less cohort and the $75k or more cohort are stark.

Here is Gallup’s chart showing the relative degree of “worry” by economic group: 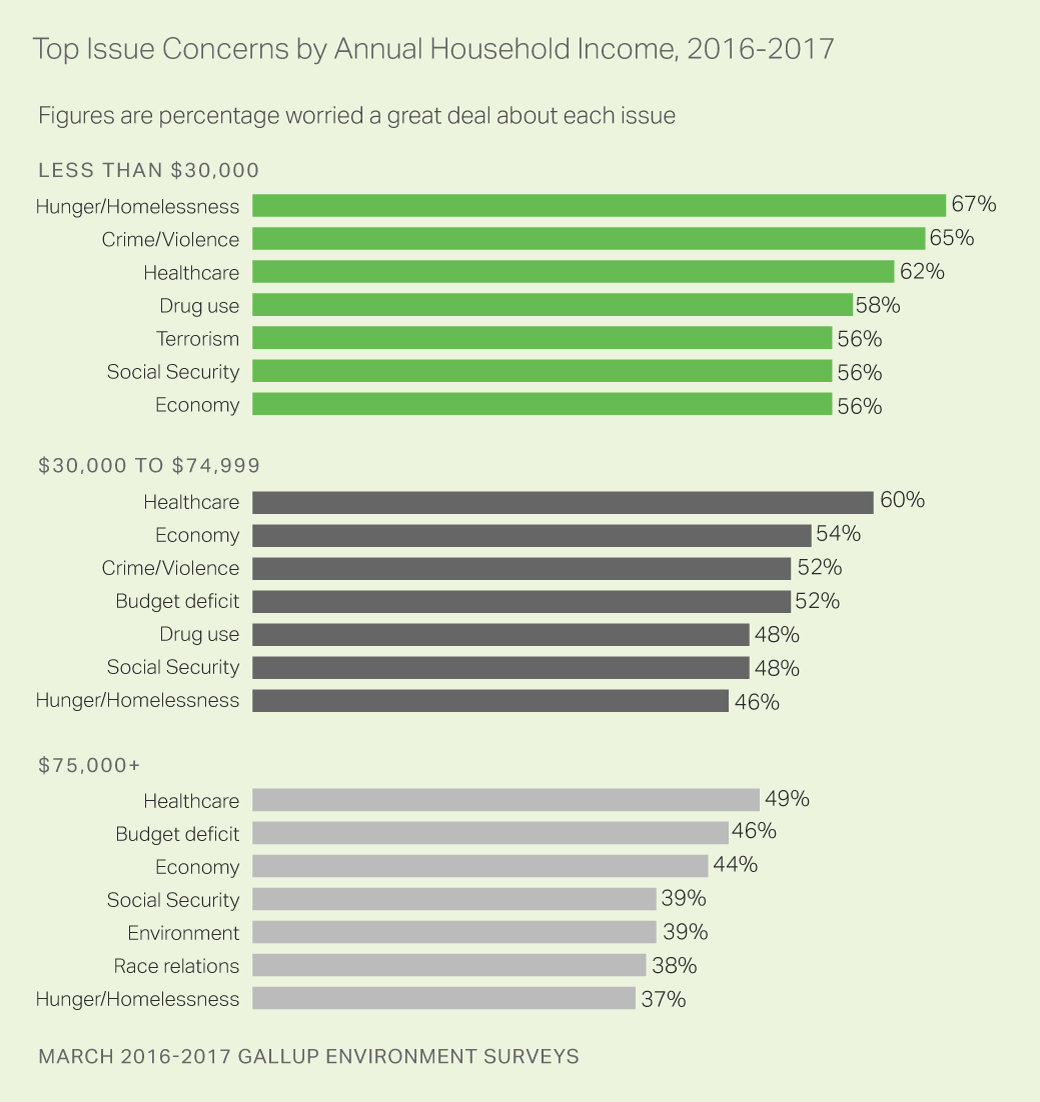 No surprise that more money brings one fewer big worries. No individual worry of the $75k+ cohort was felt by as many people as the seventh-ranking worry by the $30k or less cohort.

In fact, the greater than $75k cohort sees the “budget deficit” as its second-most worried about item. Of course, this dooms any chance for the people making less than $30k to have greater security in life. Congratulations to Pete Peterson and the GOP deficit hawks on a job well done! Their decades of propaganda have made austerity a political obsession for the well-off, because government must tighten its belt, and cut its way to greatness.

Paging Dr. Maslow! Your theory of the hierarchy of needs is again demonstrated in the real world by Gallup. Here it is 2017, near the twilight of the empire. Physiological and safety needs are in the top five of the major worries of a population that is hanging on to our society by their fingernails.

Tighten your belts. Lower your dreams. Ignore the fact WE live in 10,000 sq. ft. mansions. We deserve it, and you don’t.

The American dream is a fallacy. Free markets are a fallacy. They are propaganda used to fool those poor Americans who live every day in all-too visible peonage.

I volunteer at the Paterson Great Falls and both study and give tours about the history. It was only by using tariffs that Paterson (or the US) got off the ground. Example: Paterson boomed during the embargo and War of 1812, but when the war ended, British goods but Paterson’s cotton mills to bed. But starting in 1816 and thereafter, tariffs were established that helped the US boom. Paterson may be known as the silk city, but only after 1860 when a tariff was laid on manufactured silk good.

Things are worse now when multi national corporations can move labor across borders leaving US workers in the lurch.