(Wrongo and Ms. Oh So Right are heading to Europe today. We will be gone for 10 days, so blogging may be sparse. Please keep America great while we are away.)

Happy Mother’s Day to all. A few more thoughts about BLOTUS (Big Liar of the US): Not only does he have the worst approval ratings of any president at this point in his term, but he’s also incapable of moving the needle of public opinion toward his positions. Ironically, for all of Trump’s sycophants’ talk that Trump’s words ARE his actions, his tweets and public pronouncements are making his positions more unpopular.

What matters most to Wrongo is his non-adherence to basic rules and norms, and here, there’s a lot to be concerned about. His fear of an investigation into possible Russian influence, and his refusal to release his tax returns probably mean he’s hiding something. Now we learn that Trump’s law firm, Morgan Lewis, which wrote a statement saying Trump’s tax returns showed no significant business ties to Russia, itself has extensive ties to Russia, and received a “Russia Law Firm of the Year” award in 2016. The swamp is reaching flood stage. On to cartoons. 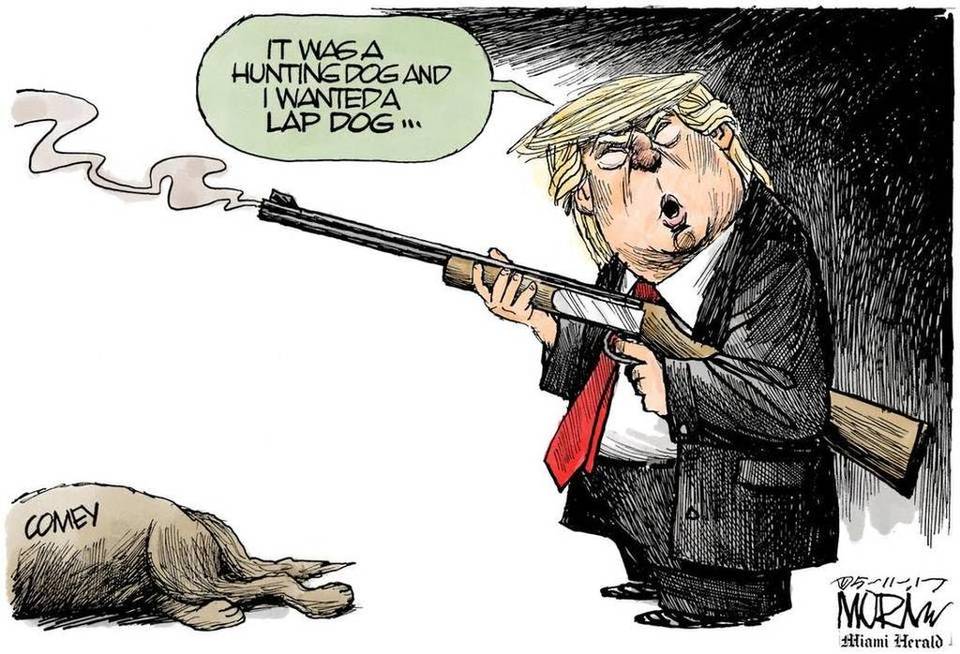 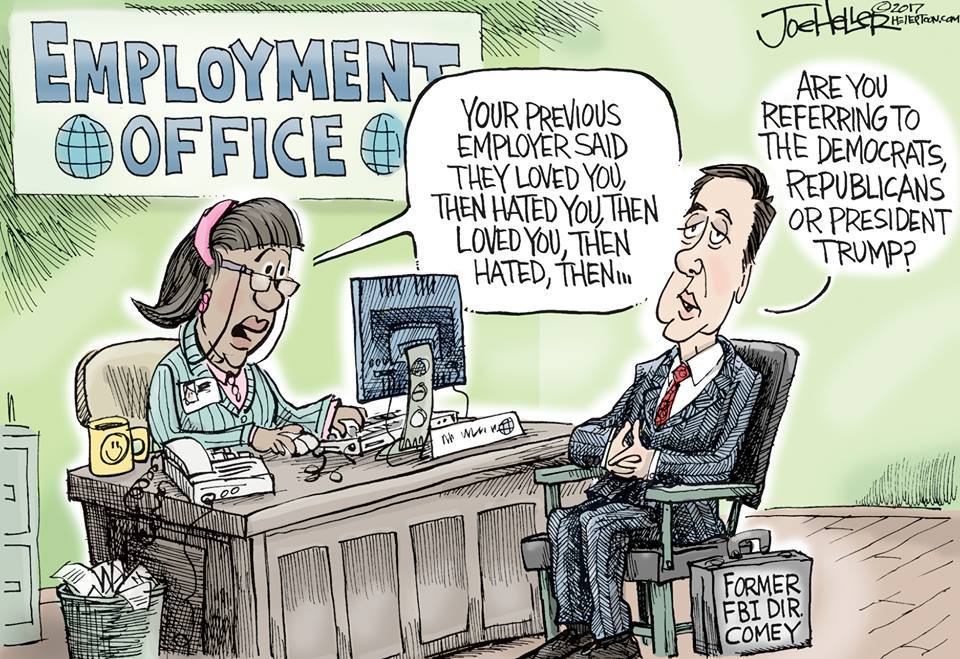 McConnell plans to protect The Donald: 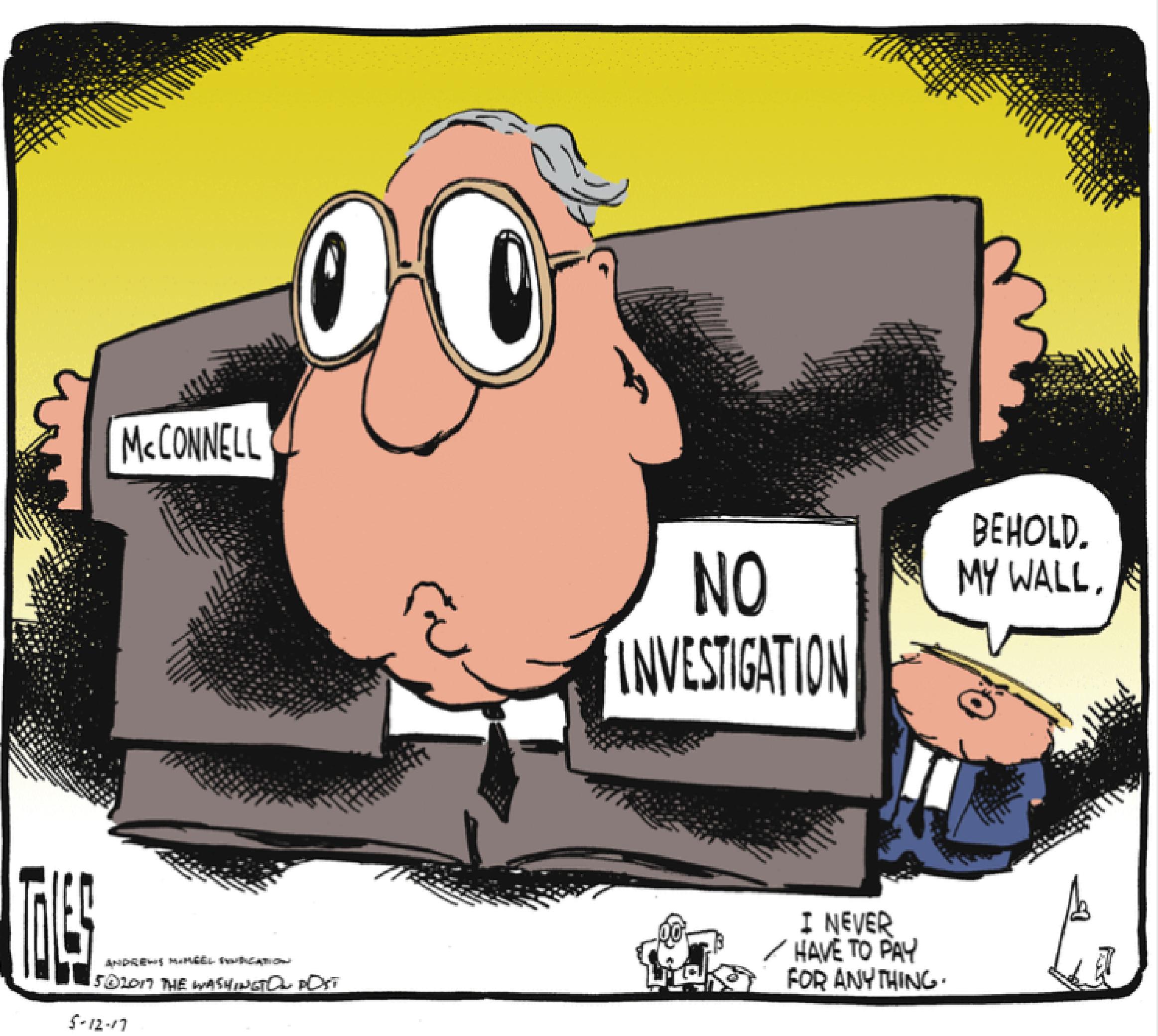 Trump thinks any negative story about him is made up: 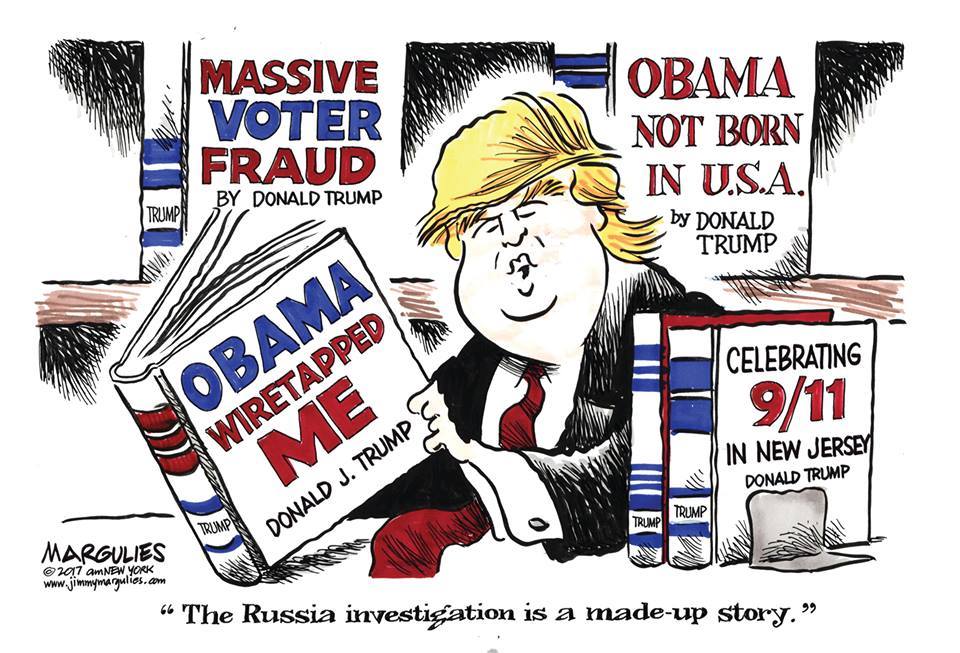 Trump creates new versions of the truth faster than his team can spin them: 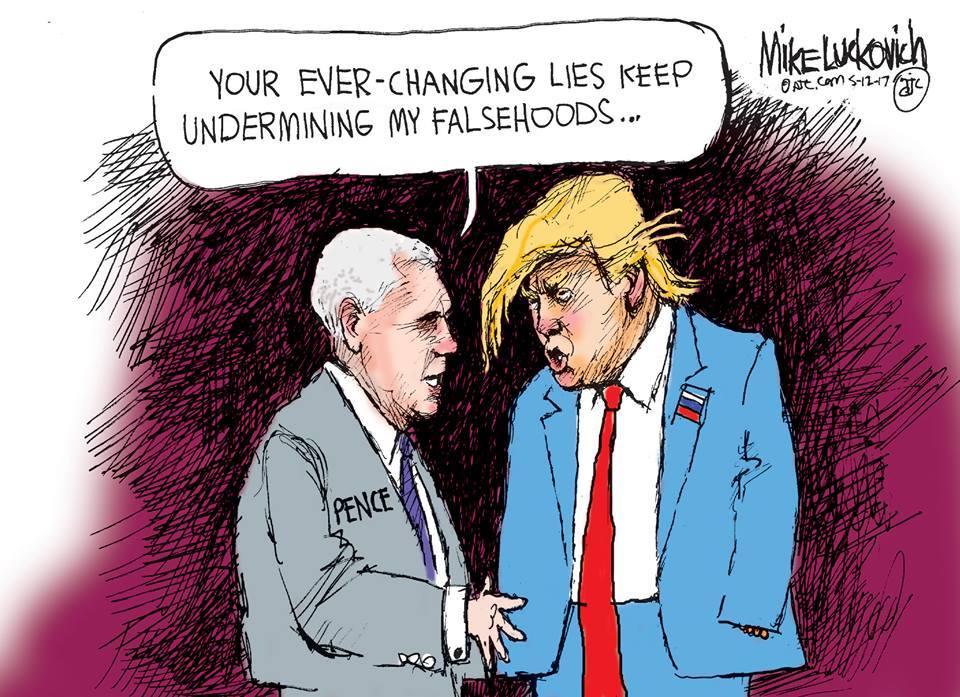 Trump hears from a guy inside the White House that he doesn’t know: 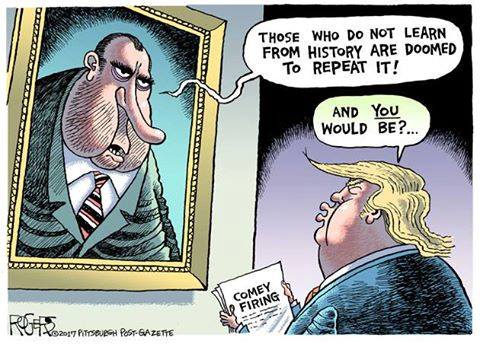