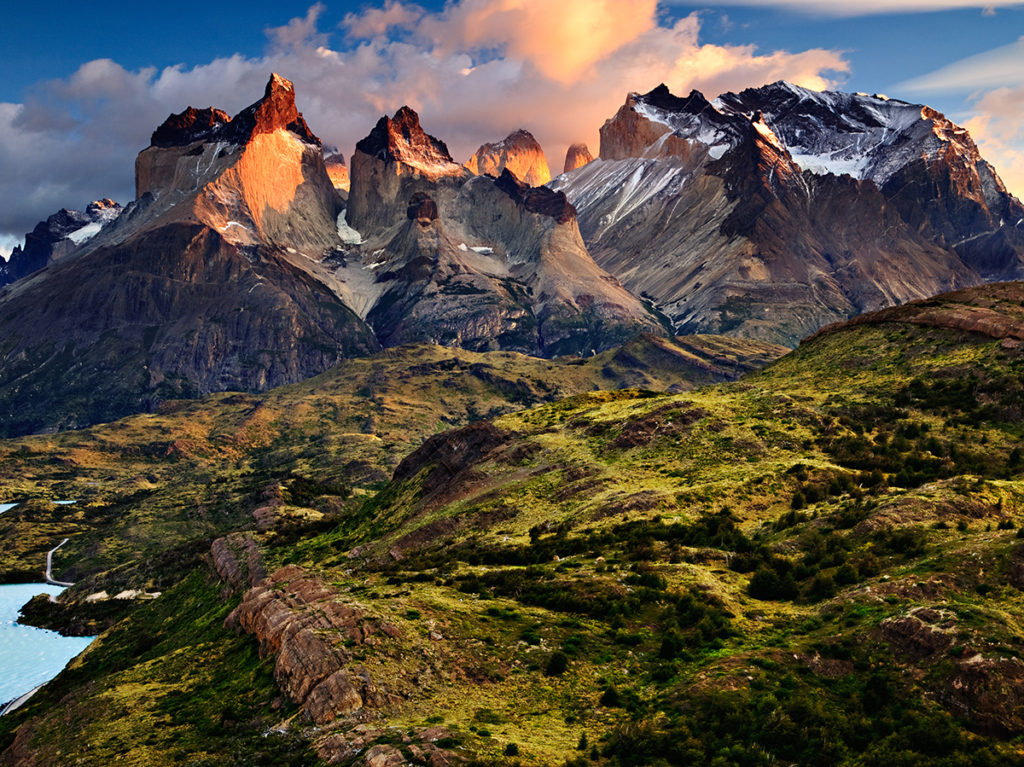 Wrongo has written many times about automation taking jobs that will not be replaced onshore. McKinsey & Co. has a new study that finds that job losses due to automation will take out anywhere from ten to twenty percent of the current global workforce by 2030:

As many as 800 million workers worldwide may lose their jobs to robots and automation by 2030, equivalent to more than a fifth of today’s global labor force.

The report covers 46 countries and more than 800 occupations. The McKinsey Global Institute study found that even if the rise of robots is less rapid than they expect, 400 million workers could still find themselves displaced by automation and would need to find new jobs over the next 13 years. McKinsey said that both developed and emerging countries will be impacted. Machine operators, fast-food workers and back-office employees are among those who will be most affected if automation spreads quickly through the workplace. Bloomberg made a chart summarizing the jobs lost by country: 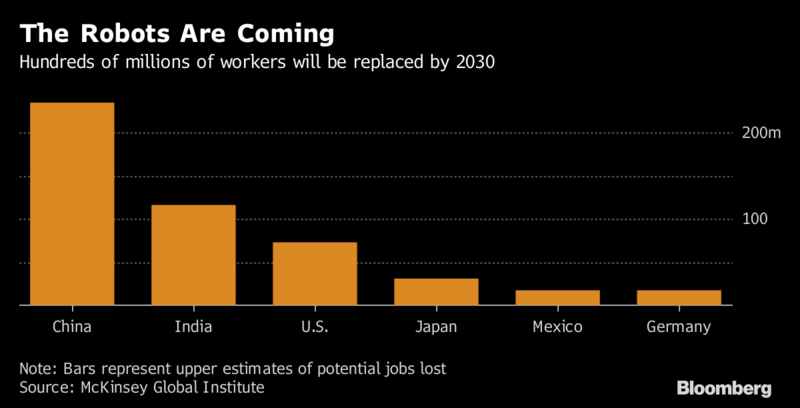 This implies that some 75 million jobs are at risk in the US by 2030, to be replaced by…something.

The bottom line is that many of the unemployed will need considerable help to shift to new work, and as a result, starting salaries will continue to flat line. McKinsey paints a rosy picture about the future jobs market post-automation. They say that the economies of most countries will eventually replace the lost jobs, but are a little unclear on what the new jobs will be. They mention health care, infrastructure, construction, renewable energy and IT as likely job areas.

But the challenge is how the displaced workers learn the new skills necessary by 2030. Axios quotes Michael Chui, lead author of the report on the needs for retraining:

How will America fund a Marshall Plan for retraining 75 million of us, particularly when we’ve just given the very corporations who are automating our jobs even more of a break on their tax bills? It’s unlikely that the Republican-controlled Congress will have any desire to fund the necessary comprehensive re-training effort. If Congress had any foresight, they could have made their new corporate tax cuts conditional on these same firms paying for the job retraining that their automation will cause for American workers.

But, it will be our job to figure out where these new training funds will come from, right along with the funds we have already given to the job creators Republican donors.

And what if you don’t have the money or learning aptitude to acquire these new skills? Well, you are likely to be both unemployed and poor. And that mean tens of millions more Americans will not have the resources to stay out of poverty.

Perhaps CEOs and Congresscritters ought to remember that there are enough guns for every man, woman and child in this country, and many are in the hands of the very people who would be hurt most by automation.

We can’t hold back the tide of automation, but we can be smart about how we, as a country make the transition to fewer very highly-skilled workers and many narrowly-skilled workers. There are questions to ask, and solutions to craft for the post-2030 world.

How will America’s forgotten workers survive in a society that is led by people who don’t care if they have a job?

How will America’s forgotten workers survive if the political establishment tries to unwind the social safety net while celebrating the progress of technologies that cost jobs?

That could lead to torches and pitchforks.