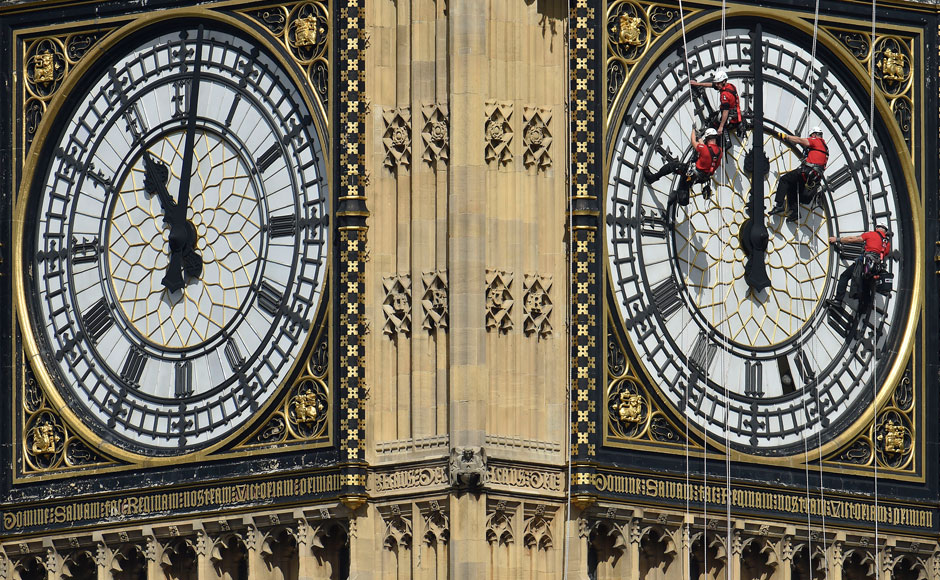 Big Ben being cleaned. In order to clean the four clock faces, every 5-7 years, skilled climbers hang down from the belfry on ropes, and they clean the front of each clock face. There is one removable panel of glass on each face, which is removed during the cleaning so that the clock maintenance staff can talk to the cleaners while they’re working. (“you missed a spot?”) Hat tip to Wrongo’s friends at the Goodspeed Opera House!

Yesterday we pointed out that there is a very large program that the country needs to fund if we are to maintain our position in the global superpower competition. The issue at hand is the stunning thought that we might lose up to 75 million jobs to automation in the next 13 years, and that we need to train the out-of-work unfortunates for new jobs in a different economy.

It’s highly unlikely that we would need to train that many, but it could be 25 million Americans. And we have no idea where the money would come from to accomplish that. After all, the Republicans now plan to reduce tax receipts bigly, thus adding to the deficit and thereby, to the total debt of the country.

We know that as soon as the new tax cuts begin accruing to their patrons, the GOP will start talking about reducing the budget deficit by cutting non-military expenses. Ron Brownstein conceives the Republican tax plan correctly: 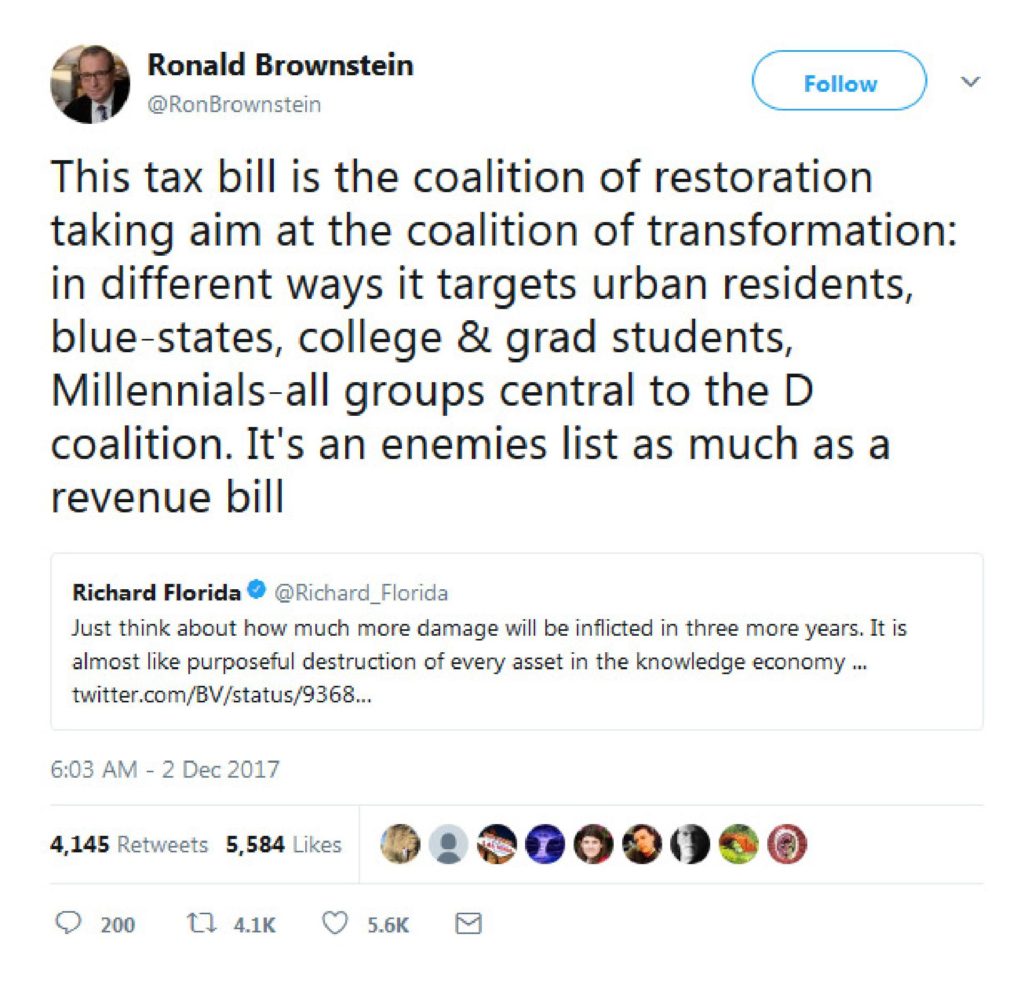 Gaius Publius observes: (brackets and editing by the Wrongologist)

As they did in the 1980s, Republicans are laying a “deficit trap” for Democrats. As they did before, they’re blowing up the budget, then using deficit [fear] to force Democrats to “be responsible” about cutting social programs — “because deficits matter.”

In the 1980s Republicans ran up the deficit, then insisted that Democrats work with them to raise taxes on the middle class to over-fund the Social Security (SS) Trust Fund. This converted SS from a pay-as-you-go system that increased revenues as needed via adjustments to the salary cap, to a pay-in-advance system. That allowed any excess SS money to be loaned back to the government, partially concealing the large deficits that Reagan was running up.

Today, Republicans are expanding the deficit again, and are already starting to talk about deficits to argue for cuts in what they call “entitlements” — Medicare, Medicaid, and eventually Social Security, even though Social Security can be self-funding.

Fear of deficits is the go-to Republican ploy to try to maim or kill the FDR and LBJ-created social safety net. To the extent that Democrats are willing to accept the GOP’s argument that both parties need to be responsible to decrease the deficits, they will support cuts in social services. Even Obama was willing to consider doing just that in the name of “bipartisanship”. More from Gaius:

Do we want the US government to shrink the money supply year after year after year, by running budget surpluses, or do we want to grow the amount of money in the private sector, making more available for use by the middle class?  The trillions spent on the current GOP giveaway to the already-rich could have been given to college students in debt, or people still underwater in their mortgages since the Wall Street-created crash of 2008. It could have been used to build better roads, airports, seaports or a national high speed internet backbone.

What would be the effect of that re-allocation of money?

Back to Gaius Publius for the final words. Which of these three options would you rather the government choose:

The first is the GOP’s current tax plan. The second is a plan for the many, an FDR-style economic policy. The third is the GOP’s wet dream, one that they will ask Democrats to help them accomplish once the already-rich have banked their share of our tax money.

It will be celebrated as bipartisan sanity returning to Washington.

Our system is revolting. Why aren’t we?