The GOP tries to recover from going all in on Roy Moore. They now have the votes to pass their tax cuts, thanks to a few Senators who said they had reservations, but who really have no moral center. The Mueller investigation may be sidelined by the Senate, and the new Star Wars movie hit theaters.

Moore was supposed to be a deal with the devil, but the GOP had nothing left to offer him: 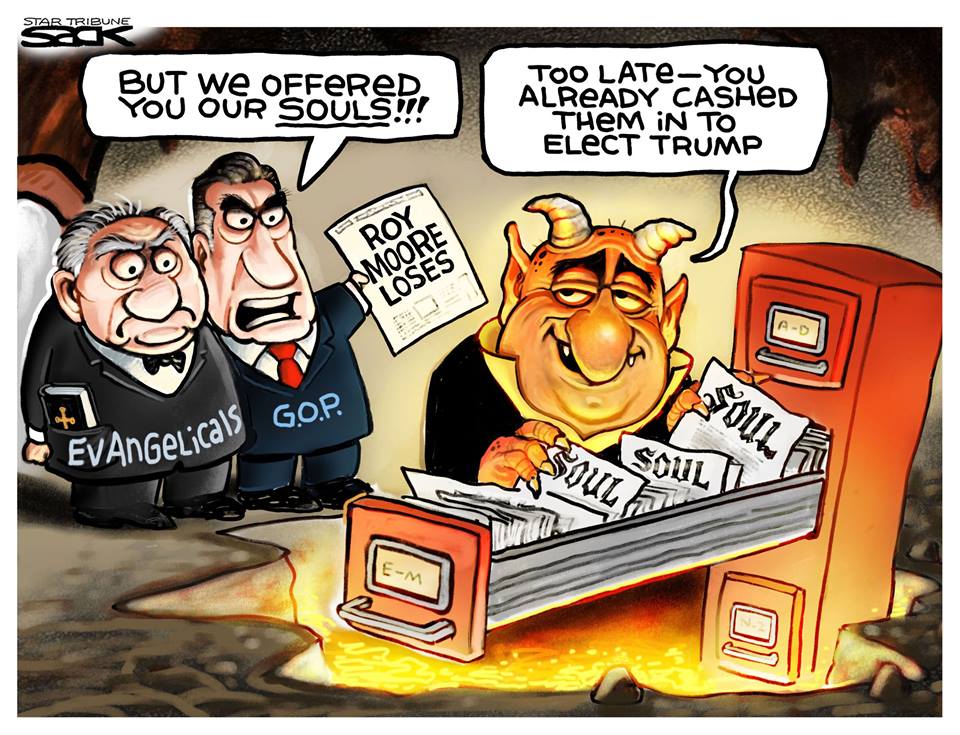 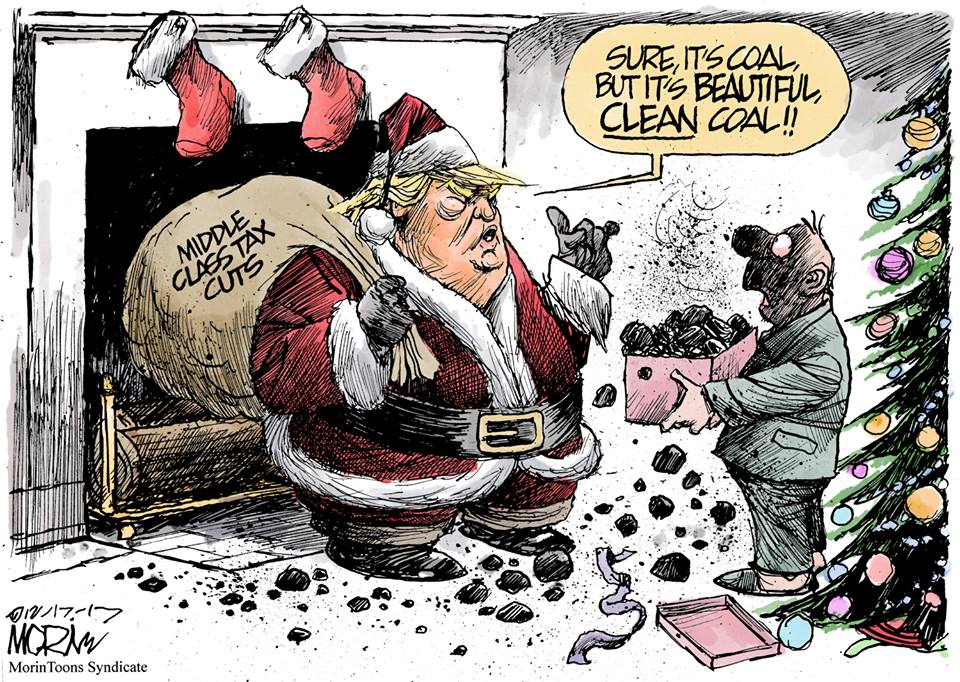 Tillerson and Trump try to get on same page about North Korea: 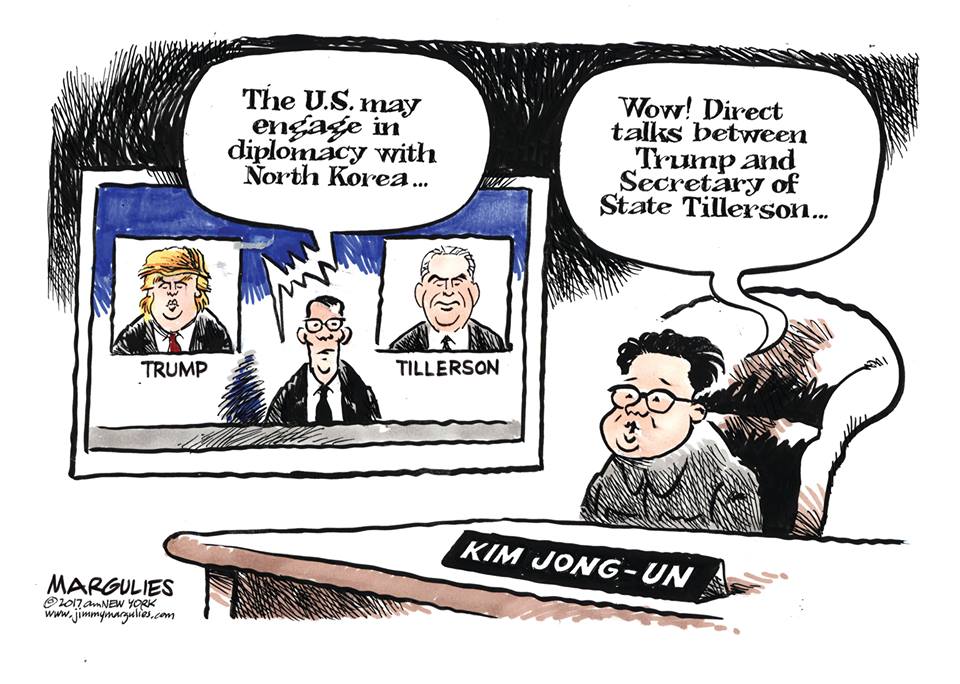 Her Majesty The Queen tries to think of a way to uninvite The Donald to the UK: (hat tip to Gloria G. and Jane T. Gloria says she loves the Corgi in the background) 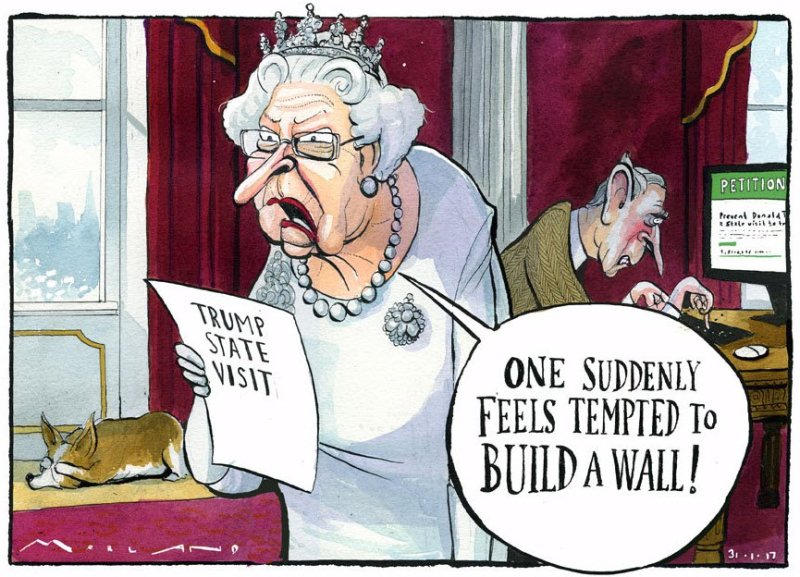 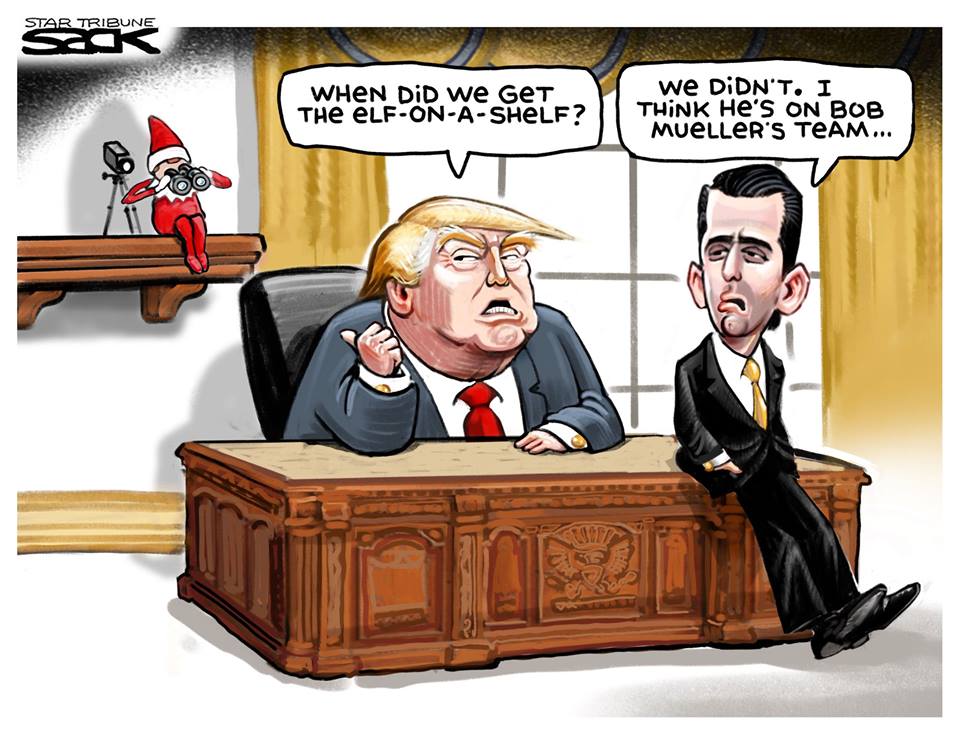 Newest Star Wars movie reminds us of how old we are: 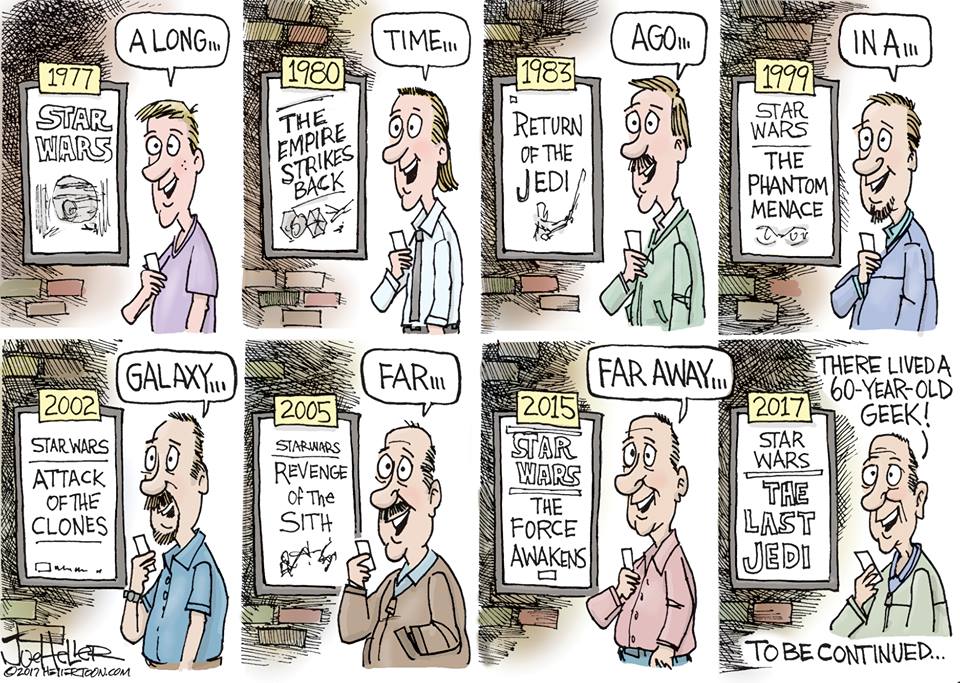 Trump’s scale back of National Monuments shows us his REAL monuments: 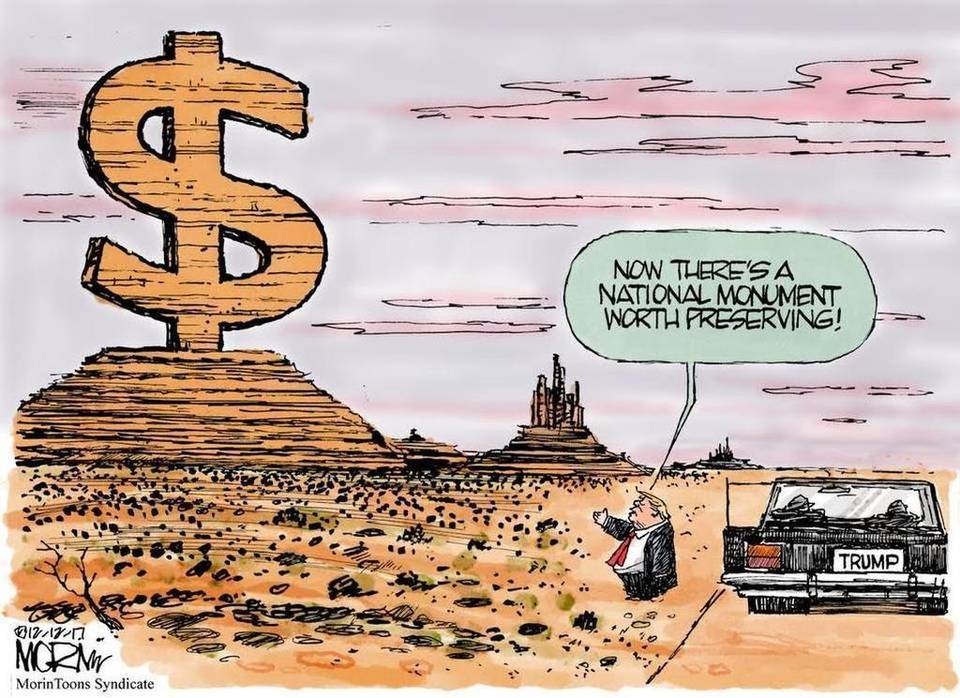