Wrongo and Ms. Oh So Right have safely returned to the Mansion of Wrong after our week in warmer climes. The timing of our travel was perfect! We were away during the two nor’easters that dumped 18” of snow on the Mansion, and we are back before the next snow on Tuesday. Here is a picture of sunrise on the day we pulled out of our FL rental: 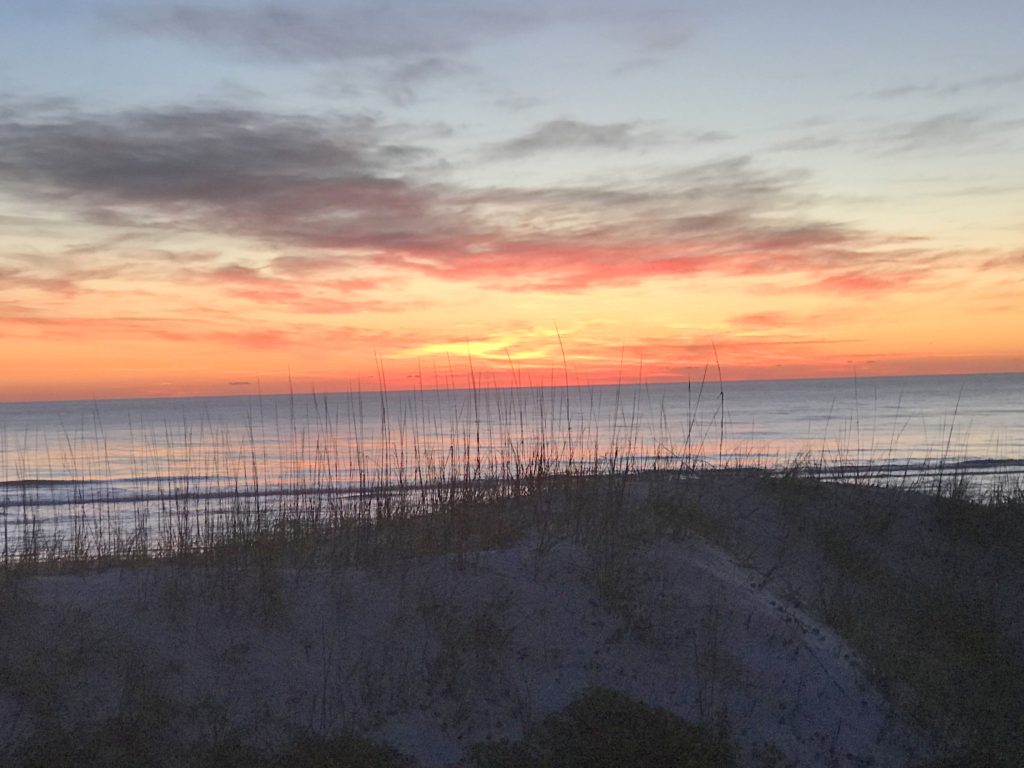 On to cartoons. Trump will try to show North Korea’s Kim the art of the deal without using his hands: 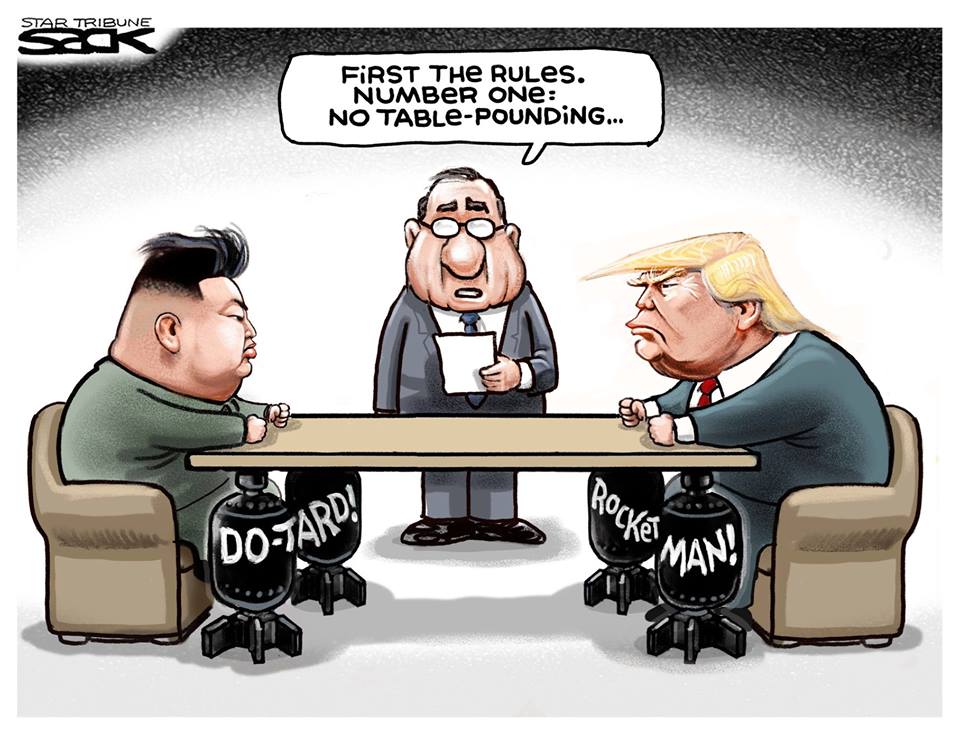 This, by a right-wing cartoonist, makes Trump look like he knows something about tariffs. That’s untrue: 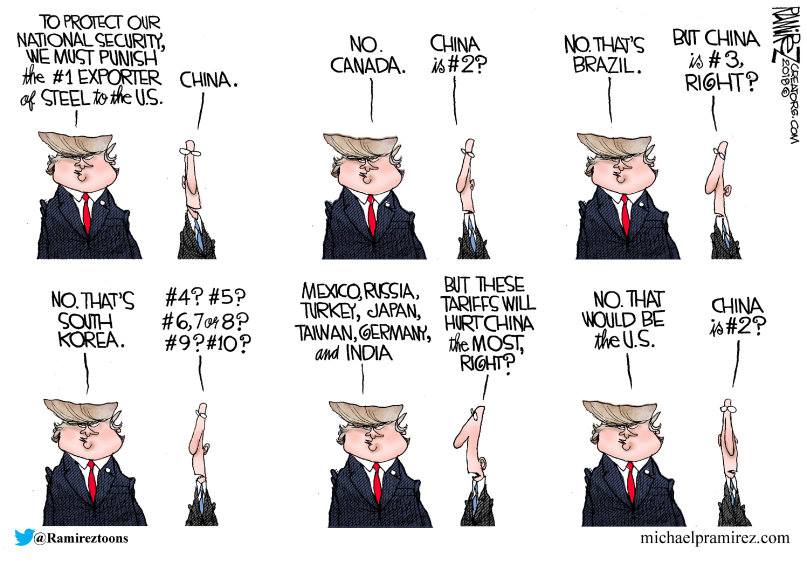 Trump baffles some of the base, but others get the picture: 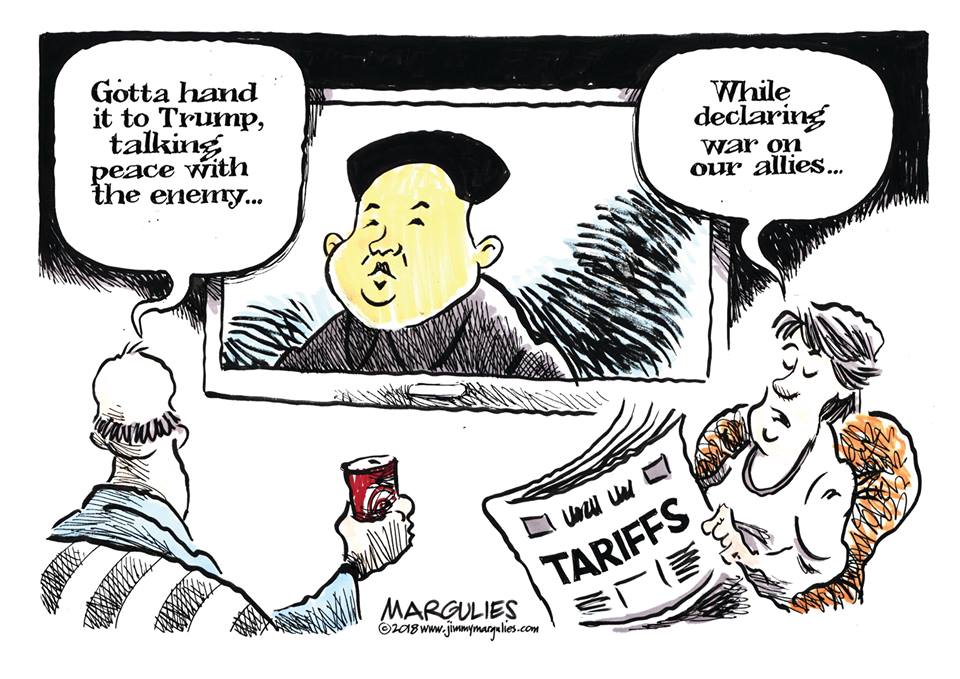 The GOP is still in denial about Trump’s steel tariffs: 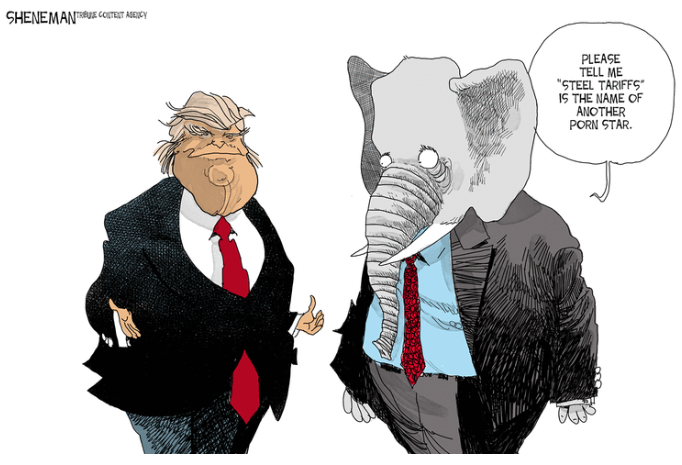 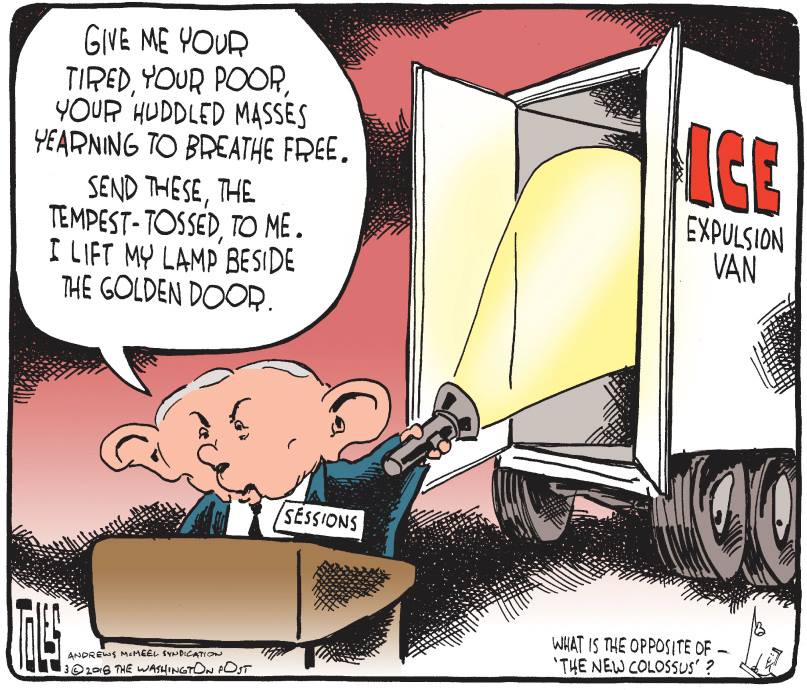 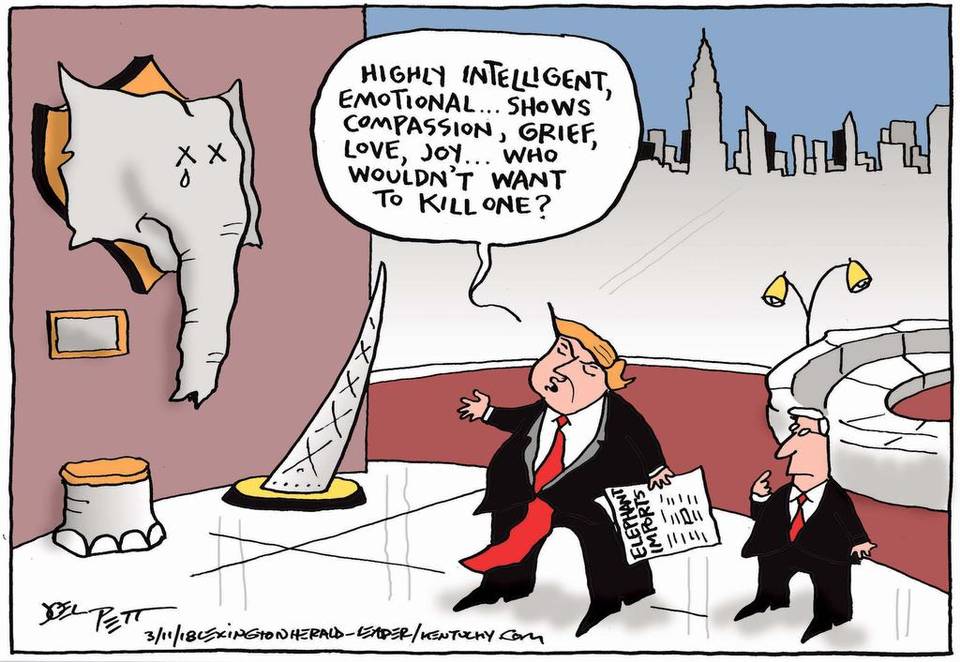