The trade war has started. Bloomberg has an interesting map that shows how Chinese retaliation is directed at creating political damage for Republicans in the mid-term election this November. Soybeans are among the largest targets for the Chinese, and here is how Congressional districts most affected break down by political party: 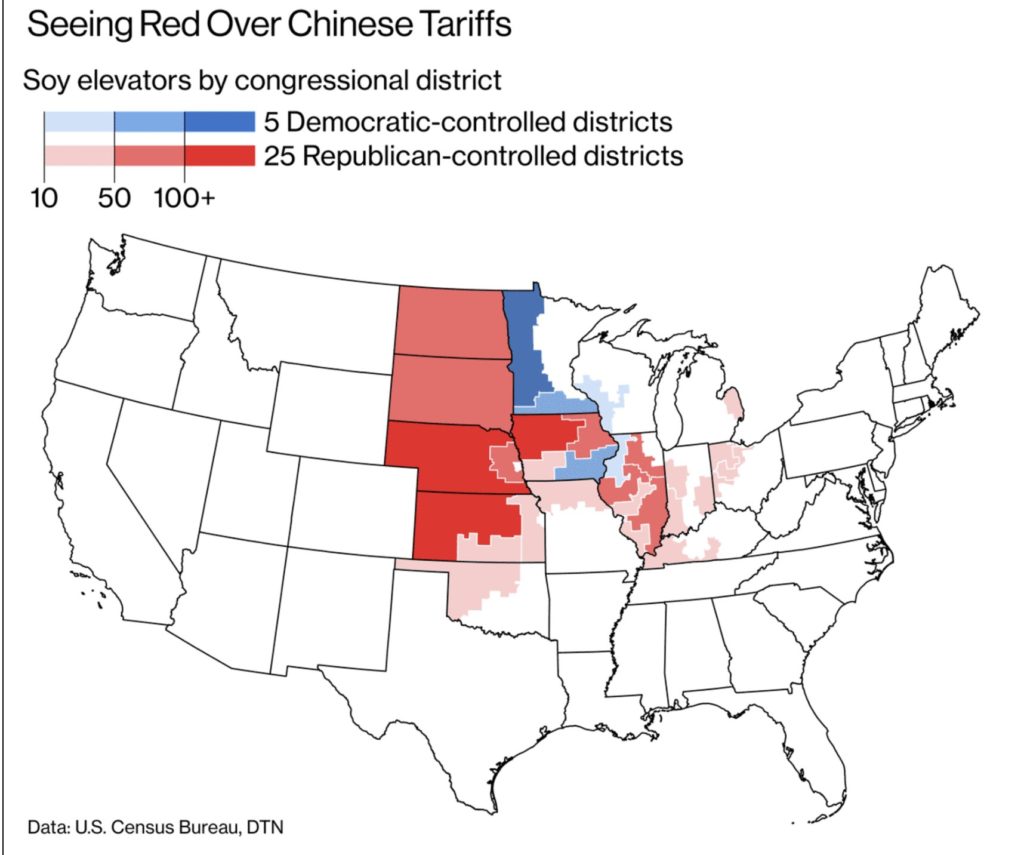 From Bloomberg: (edit and emphasis by Wrongo)

Of the 30 districts most reliant on soybeans, Republicans represent 25 and Democrats 5; all [30 districts] voted for Trump in 2016.

Bloomberg thinks this could hurt farm state Republicans in the midterms. Maybe. Wrongo will become a believer if it actually happens. These are Trump voters, they aren’t economics voters. Unless he revives DACA or creates a pathway to permanent residence or citizenship for a whole lot of people, Wrongo believes Trump is fireproof in farm country.

On to cartoons. Last week, Justice Kennedy retired, EPA head Scott Pruitt quit, and Secretary of State Pompeo met with North Korea, and it didn’t go well. Next week, Trump heads to Europe to meet with our NATO partners. He’s also meeting the Queen while in London. Then it’s off to his annual performance review with Mr. Putin.

When Kennedy hung up the robe, a few other things also got hung up: 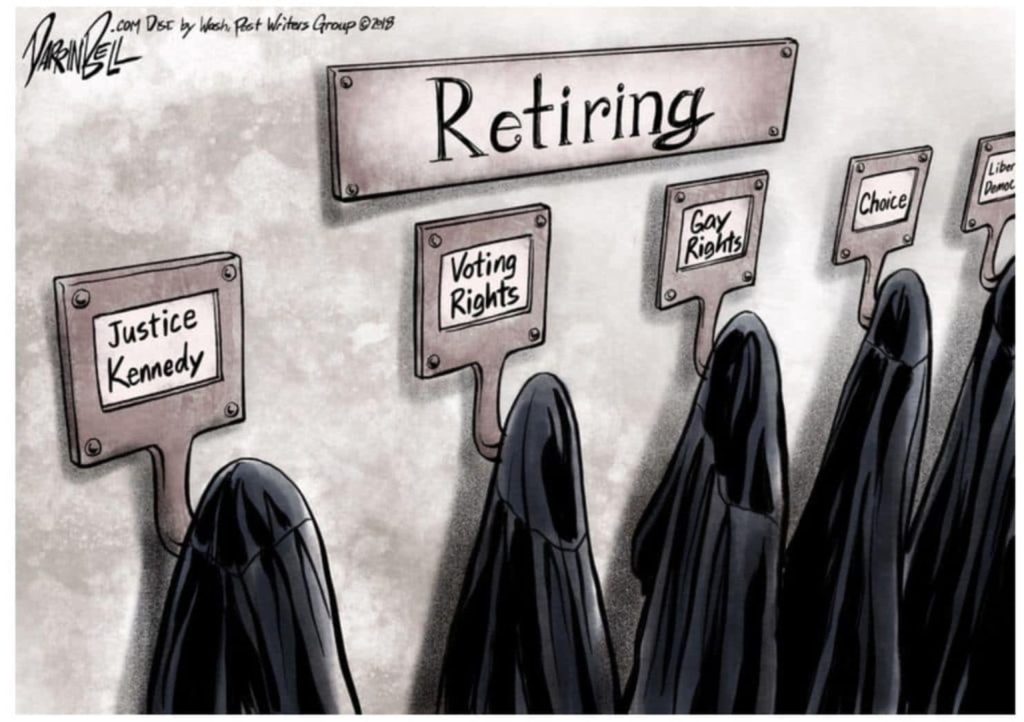 Pruitt climbed out of the swamp: 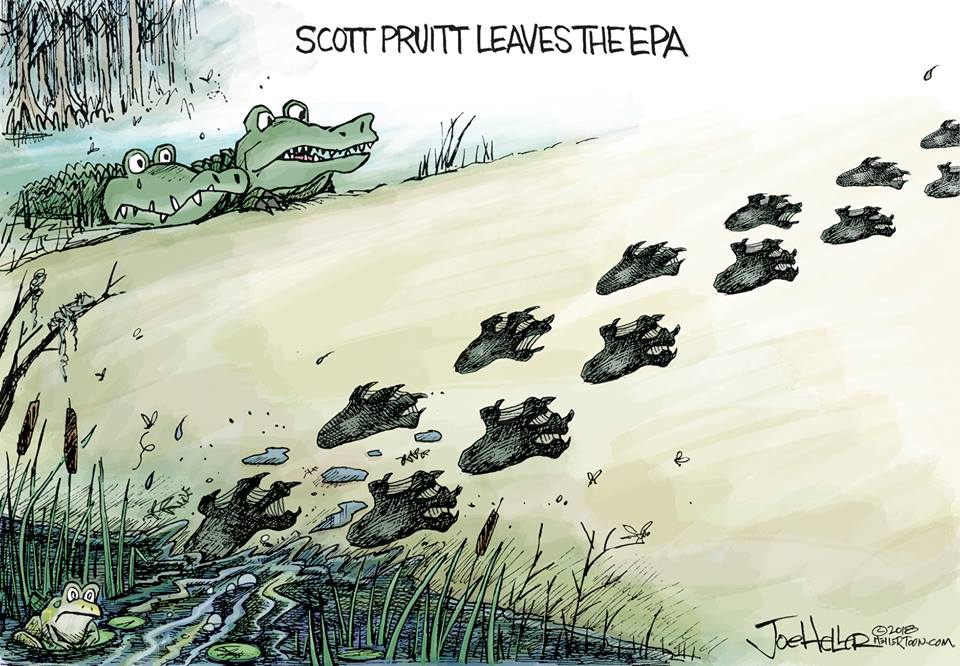 Trump’s trade war and its potential to hurt the economy doesn’t bother the GOP so much: 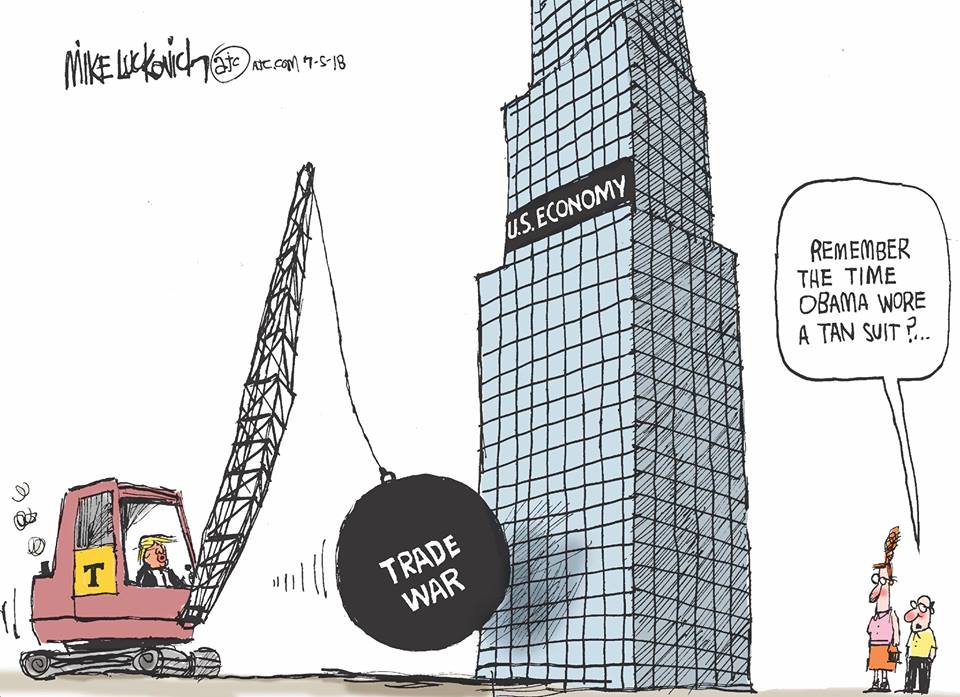 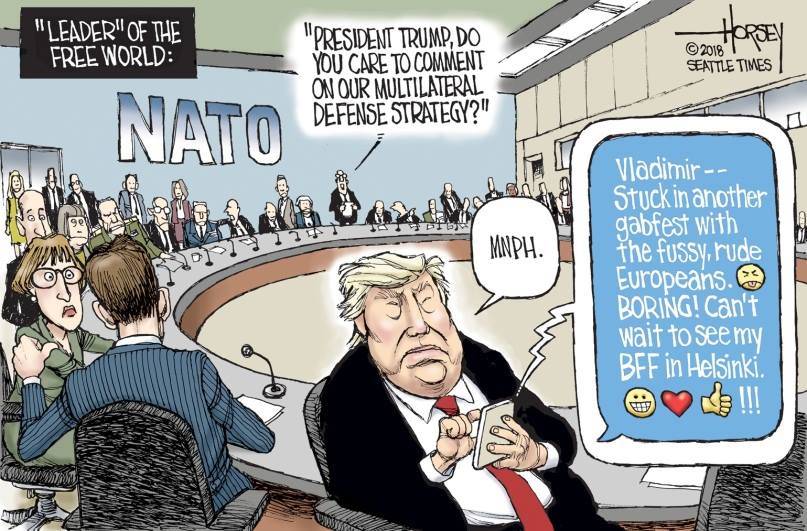 Trump says nobody can attend the first hour of his meeting with Putin: 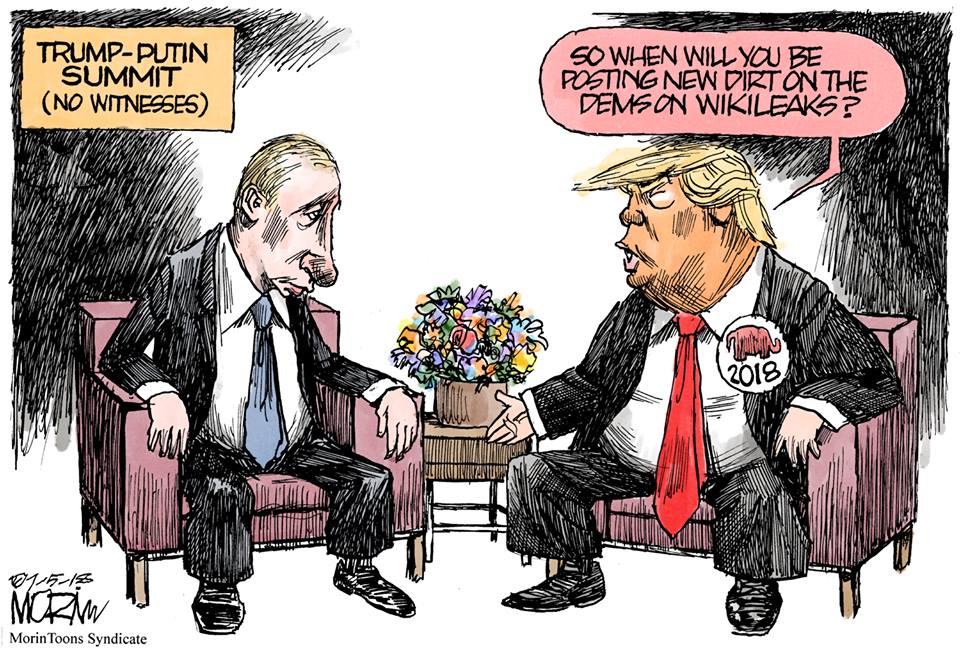 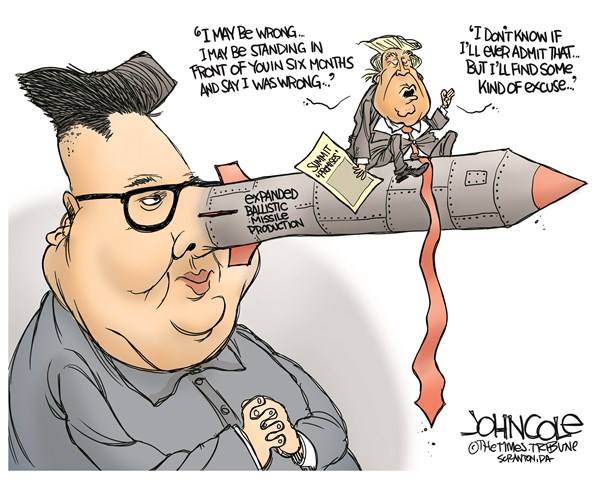