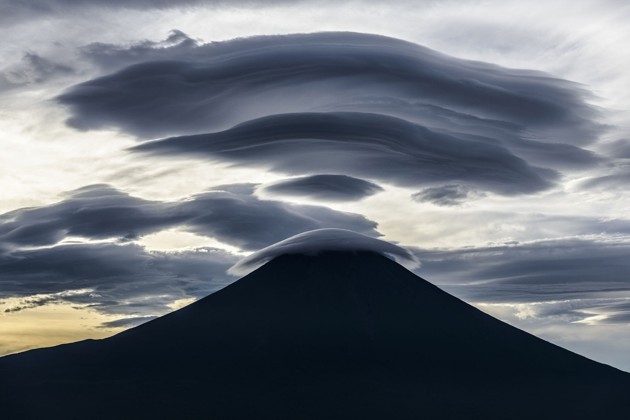 Wrongo lived in Japan while working for the big multinational bank, back in the days when dinosaurs roamed the earth. During his three-year stay, he learned enough Japanese to navigate in business meetings, and bars. When he was there, it had only been 30 years since the end of WWII, and the nuclear-ravaged parts of Japan still had scars, some of which intentionally remain visible today.

One impact of losing the war was that Japan got a new constitution, helpfully provided by us, the conquerors. Enacted in 1947, it made the Emperor a constitutional monarch, where before the war, the Emperor was an absolute ruler. Japan’s constitution is known to some as the “Peace Constitution“. It is best known for Article 9, by which Japan renounced its right to wage war.

No amendment has been made to it since its adoption, but that could be about to change.

Prime Minister Shinzo Abe has announced that his Liberal Democratic Party (LDP) is seeking to revise the constitution in the very near future, including changing Article 9. In May, Abe announced that he wanted to add Japan’s Self-Defense Forces (JSDF) to Article 9. The Nikki Asian Review quoted Abe: (brackets by Wrongo)

Over the past year, discussion of [constitutional] revisions has grown much livelier and more specific….The document currently includes absolutely no provision for our self-defense….We must put an end to debate over [the JSDF’s] constitutionality…

This is on top of evolutionary changes to the use of the JSDF over the past two years. Revised laws authorized military action that previously would have been unconstitutional, including actions in response to “an infringement that does not amount to an armed attack”, or actions outside of Japan, such as minesweeping in the Straits of Hormuz, near Iran.

The key point is that the new changes lower the threshold for the use of force outside Japan.

Robert Farley writes in The Diplomat: (brackets by Wrongo)

Nevertheless, even these [recent] changes allow Japan to act more assertively as a coalition partner in its region. This means acting in either a direct or supportive role for allies or coalition partners threatened by China (or some other international actor). The reasons for such a shift lay in both the increasing power of China, and in uncertainty about the United States.

The world’s power balance is changing. It is totally unclear if the US can be counted as a reliable partner in mutual defense for Europe, or in Asia. Our allies fear that moves towards isolation by the current or any future administration, could leave Japan swinging in the wind.

Add to this the looming threat from North Korea. Japan’s total reliance on the US to blunt that threat, means that Japan feels it must look at a more assertive ability to use military force. Japan has recently purchased the Ageis Ashore system from Lockheed Martin to help partially protect it against North Korea.

Another consideration is Japan’s rapidly shrinking population. The birthrate in Japan is just over 1.3. It needs to be 2.1 to maintain its current population. The Japanese skew quite old, but Japan also refuses to allow immigration. Estimates are that its population will drop from 130 million today to 80 million by 2050.

Japan is likely to become very insecure about the declining population and the increasing regional threats. And that insecurity will be reflected in their next-generation military strategies.

In fact, today’s JSDF is sort of legal fiction. It is said to be an extension of the national police force. But the JSDF has several hundred tanks, 26 destroyers and 19 submarines. Since they already have a military, it doesn’t seem like changing the constitution to allow them to have and use its military should really matter.

OTOH, there is a residual fear of a militarized Japan in Asia and in the West. Some think that Japan, like Germany, is among the countries that shouldn’t be taking on expanded military roles. This is why the US has large, permanent bases in both countries.

Wrongo thinks that this is a superficial reading of today’s issues. Obviously Japan hasn’t fully apologized for its actions in WWII, or earlier, and both the Koreans and Chinese work to ensure that we never forget.

In the real world, Japan is an amazingly under-defended country. It has traditionally relied on the US to fund its defense, and make most of the hard choices about its defense.

Well, now that we’re no longer totally reliable, they really have no plan at all.

We shouldn’t have a particular problem if Japan or Germany decide they want to avail themselves of the full range of diplomatic and yes, the military options available to sovereign nation-states.

They must re-arm and we must not stop them. Threats change. Times change.