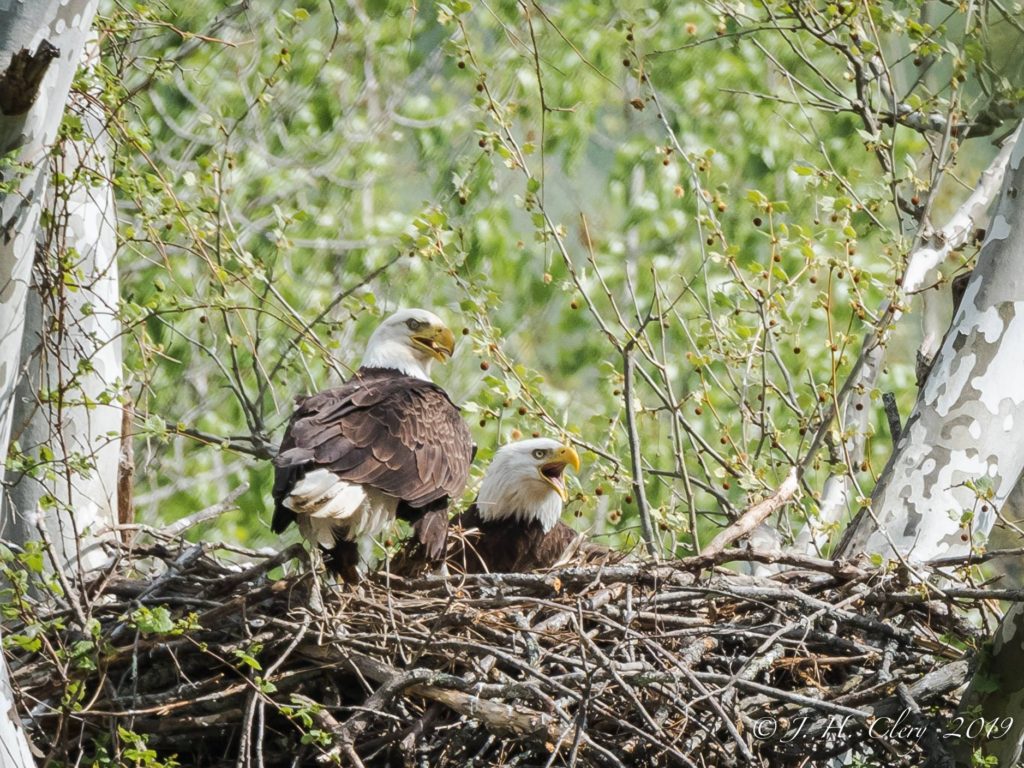 With the college admissions fraud, wealthy Americans are now bribing people to get their kids into college. It’s just another way that the wealthy are rigging the game. Robert Reich enumerates: 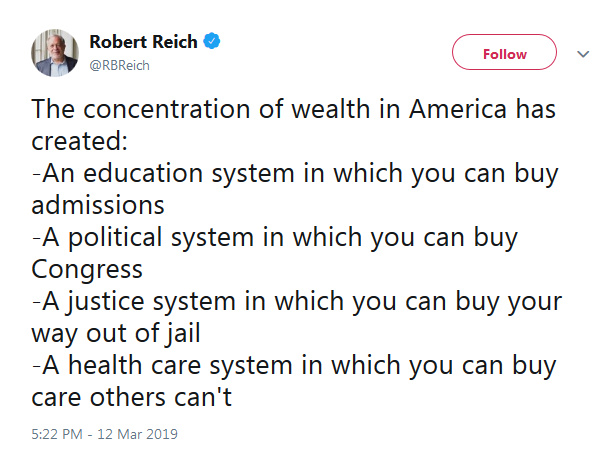 We’ve become a nation where any number of greased poles stop your ascent. People with wealth seem unwilling to compete fairly. It turns out that executives from Pimco, Hercules Capital, and the co-chairman of the law firm, Willkie Farr & Gallagher, were named in the buy your way into Yale scam, along with a few Hollywood types.

It’s become very difficult to differentiate between applicants for the prestige colleges. Good grades and test scores and life experiences are no longer enough to help a kid to stand out the way they might have a few years ago. So some are bribing their way to the head of the line.

It’s just another cost of doing business in America. The truly wealthy can just pay for a new building and see their children get into the best universities. But, the merely rich can’t do that. OTOH, they can’t be expected to simply earn their way in.

As for the kids: They all knew whether what was on their applications was true or not. They had to be in on the scam. This is what passes for the charmed life of the rich in the USA: Kids knowingly cheat right along with their cheating, entitled parents, because they believe they deserve to go to Georgetown.

Robert Reich is correct, this is the rot that concentration of wealth has brought to our country.

Randall Lane has a long read at Forbes about “Reimagining Capitalism” in which he summarizes his one-on-one discussions with two dozen billionaires, including face-to-face meetings with the three richest people in the world, Bill Gates, Jeff Bezos, and Warren Buffett, about capitalism’s future. Lane says:

“Virtually every billionaire I spoke with acknowledged that higher taxes on the billionaire set are inevitable; most even saw them as beneficial, if correctly applied. According to Gates, Buffett, Khosla and others, the correct way to levy taxes on the superrich is….Either an estate tax without the loopholes that currently render it useless or a higher capital gains tax applied only on extreme fortunes…”

He quotes Buffett about the disparity of earnings between the top 1% and the bottom 50%:

“The market system as it gets more specialized pushes more money to the top….The natural function of a more specialized market economy is to divert more and more of the rewards to the top. That’s something I don’t think we’ve fully addressed in this country.”

Lane points out that Bill and Melinda Gates even went on Steven Colbert and called for higher taxes on the super-rich.

Younger Americans know that the deck is stacked. That may be in part why some kids play along with their parents and cheat to get into Harvard.

An often-cited 2016 Harvard University survey found that 51% of American youth aged 18 to 29 no longer support capitalism. Only 42% said they back it, while just 19% were willing to call themselves “capitalists.” A follow-up focus group study concluded that most felt that:

“Capitalism was unfair and left people out despite their hard work.”

Gene Sperling, Obama’s Director of the National Economic Council, has an interesting take on redefining our overall economic goal. He says we should strive for “Economic Dignity”. His conclusion is that the Fed and the Congress should implement a full employment monetary and fiscal policy that fosters tight labor markets.

Sperling says that would be a triple win for economic dignity, because it would lead to higher wages, and it would give companies greater incentive to provide advanced training to their employees. Meanwhile, high labor demand gives more workers some “take this job and shove it” leverage that they lack today.

Taken together, it would allow people to care for and provide opportunity to their families, something that is at the core of America’s beliefs.

Young Americans know that capitalism in its current form creates inequality, oppression, and exploitation. It could be made to work for all if it were more responsive to society’s needs, and yes, if it provided economic dignity for all.

Those who have been rewarded by capitalism shouldn’t be able to use their bounty to make the lives of others worse than they are. This isn’t just about the Koch brothers. It’s also about the merely wealthy who scam the college admissions system to get their kids into better schools.

We should be showing the young that there’s a better form of capitalism.