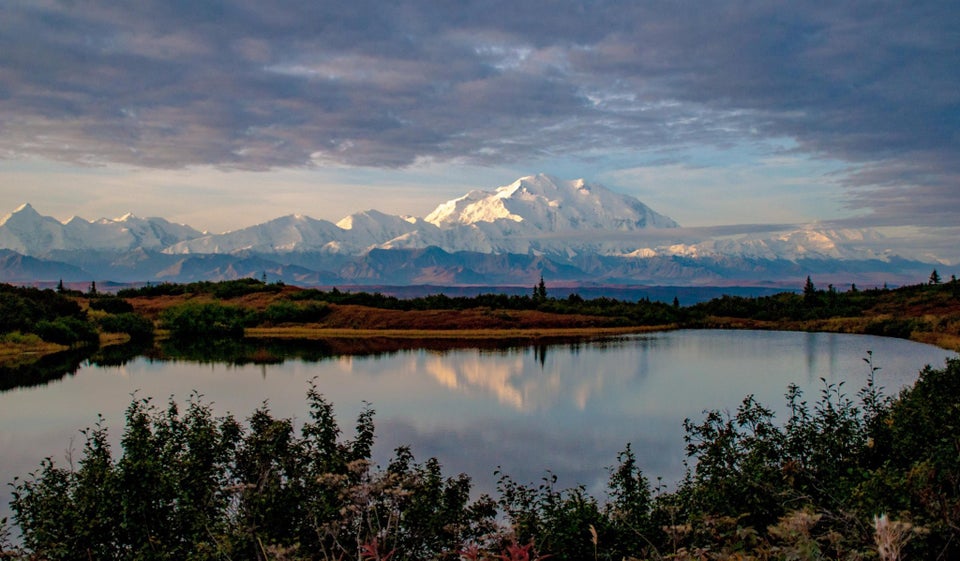 Wrongo and Ms. Right watched the Democratic debate on Thursday night. Winning a debate comes down to connecting with voters, seeing who is the most likeable, the most sincere, who had the best delivery. Oh, and a few good ideas.

Wrongo thought the winners were Warren and Booker. The losers were Harris and Castro, for totally different reasons. Harris’s tactic was to attack Trump, while avoiding direct answers to direct questions. She has not lived up to the promise she showed in the first debate. Castro attacked Biden successfully, but it becomes more and more difficult to see him as a top-tier candidate.

Klobachar and Yang didn’t hurt themselves, but gained no ground. Biden, Bernie, Buttigieg and Beto had moments, but didn’t truly differentiate themselves from the pack. Bernie’s voice failed him, and his hoarseness gave him a difficult time connecting. As the debate wore on, he became a caricature of himself.

Biden got off to a strong start, but around the 2-hour mark, he became barely intelligible. His biggest applause line of the night was when he praised O’Rourke’s response to the El Paso shooting. He shouldn’t think that big applause for Beto was a good sign for Biden. Beto had a good night, mostly because he just said out loud about AR-15s what a whole lot of people believe on this issue.

There is a major problem with allowing TV network news types to conduct these debates. And who needed to hear a third hour where the media tried to dissect the health insurance policy differences between the ten Democrats?  Generally, their positions fall into either expanding Obamacare, or moving quickly to implementing Medicare for All.

Yes, some policy positions are different and consequential, but why did George Stephanopoulos try to gotcha Bernie and Warren about whether taxes would go up if MFA was initiated? Everyone knows that taxes would go up, while annual family health insurance costs would go away.

Maybe it’s simple: These Spinnerati work for the media, and the media is part of corporate America. Their charge is to bend things so that the choice you’re presented with isn’t a choice at all.

And, in three hours, the moderators asked no questions about the economy. They didn’t manage talk time well; Sanders was shorted. Here’s a breakdown of the candidates’ shares of talk time: 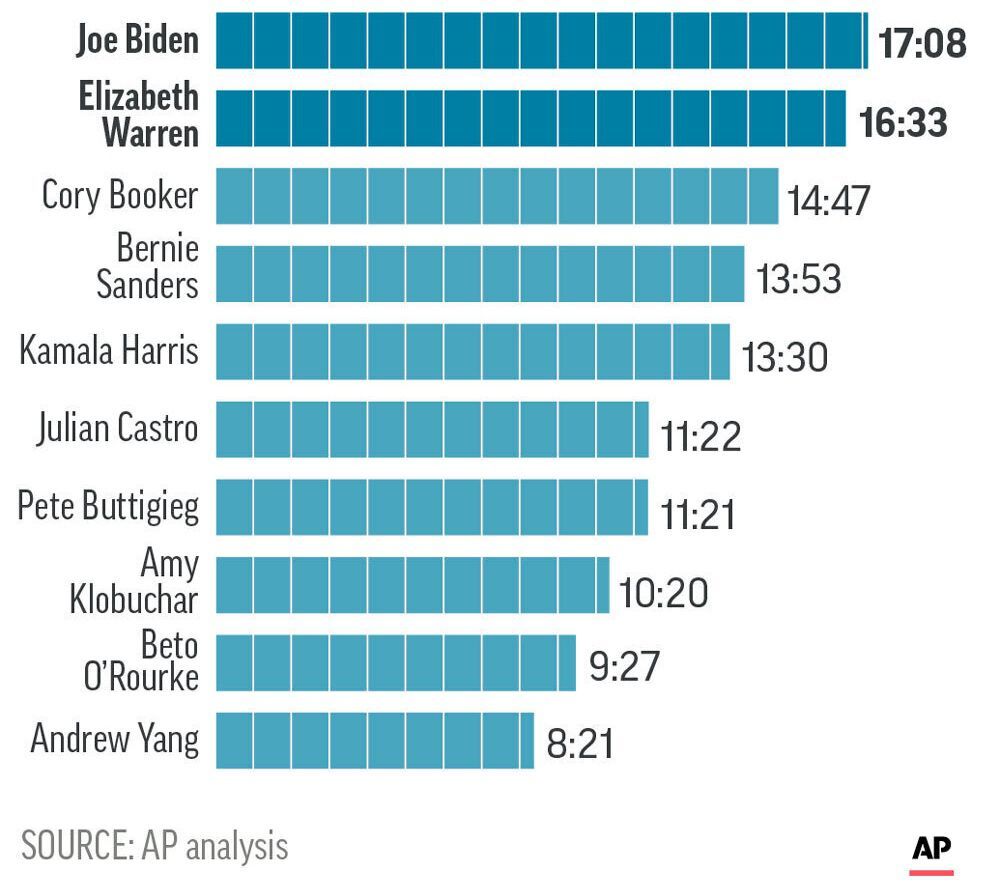 Looking ahead, Wrongo thinks the class of this field is Elizabeth Warren, and here’s why: Harvard professor Marshall Ganz teaches what he calls “the art of public narrative”. According to Ganz, successful and persuasive public narrative is the ability to tell, and to link together, “the story of self, the story of us, and the story of now”.

That seems to be a major part of Warren’s success to date. She’s done a good job creating a public narrative that connects with Democratic primary voters. She has leaned into her Oklahoma “ragged edge of the middle class” childhood, and her struggles as a young adult. She weaves that into a story of who we are as Americans, and she talks about the challenges we face today and how she (and we) can address them.

Her closest current challengers (Bernie and Biden) have noticeably weaker public narratives: Sanders is reticent about his own story, and how it made him the man that he is. He hits his policies, and vaguely links his policies to us and now. Biden has a great “story of self”, but his “story of now” is out of sync with today’s Democrats. He seems particularly bad on the story of now, and that is likely to torpedo his presidential chances.

We’ll see. The candidates have until next spring to hone their “public narratives”.

Let’s forget debates, John Bolton’s mustache, and Trump’s gutting of clean water regulations so that we can focus on starting our Saturday with a Soother. Start by brewing up a yuuge mug of Kayon Mountain Ethiopian ($21/12oz.) coffee from Lexington Coffee, an award-winning artisan roasting company based in Virginia. The roaster says it is richly sweet with a crisp, syrupy mouthfeel.

Sit back with your hot brew, and think about how fall is coming, and how you have no plans to prepare for it. Now watch Yo Yo Ma and James Taylor have fun while performing in August at Tanglewood Music Festival: