(Blogging will be light until Tuesday 10/29 as Wrongo and Ms. Right will be in London. Yesterday’s Brexit votes seem to leave things up in the air, so it should be interesting.)

Vanity Fair has an article on possible manipulation of the stock markets with advance information about big news coming from the White House. Several publications have noticed that a killing was made several times on positions taken just before news breaks, but VF lays out just how much. The vehicle was “S&P e-minis”, electronically traded futures contracts linked to the Standard & Poor’s 500 stock index: (emphasis by Wrongo)

“In the last 10 minutes of trading on Friday, August 23, as the markets were roiling in the face of more bad trade news, someone bought 386,000 September e-minis. Three days later, Trump lied about getting a call from China to restart the trade talks, and the S&P 500 index shot up nearly 80 points. The potential profit on the trade was more than $1.5 billion.”

There were several more.

You get the picture. Traders have been watching these wagers intently since the start of the Trump presidency. The precision and timing of the trades, and the vast amount of money being made, make the traders wonder if all this is on the level. Or, is it some form of insider trading?

So far, the SEC and the Commodity Futures Trading Commission (CFTC) seem disinterested in pursuing what might be behind these trades. On to cartoons.

America hosts the G-7. Naturally, Trump picks his own hotel: 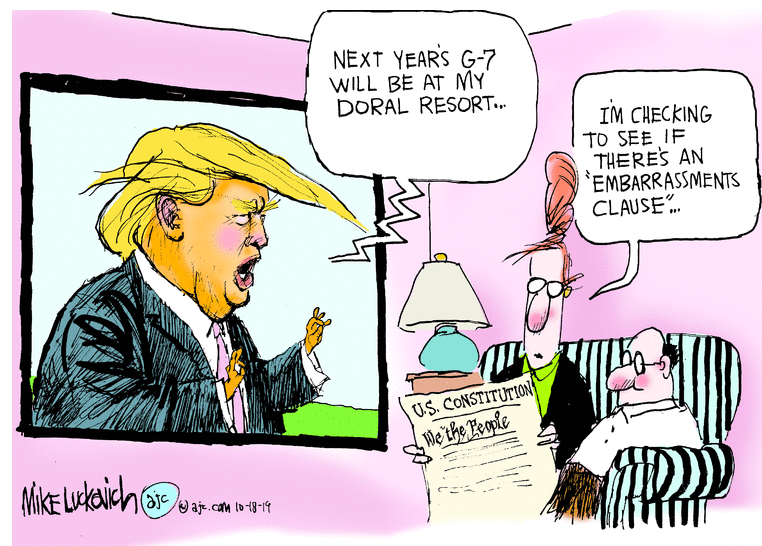 The Mikes try to clean up Trump’s Turkey mess: 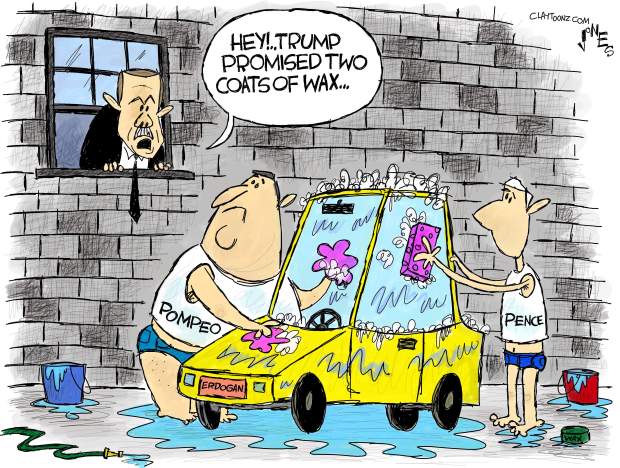 The arguments against Brexit are stronger: 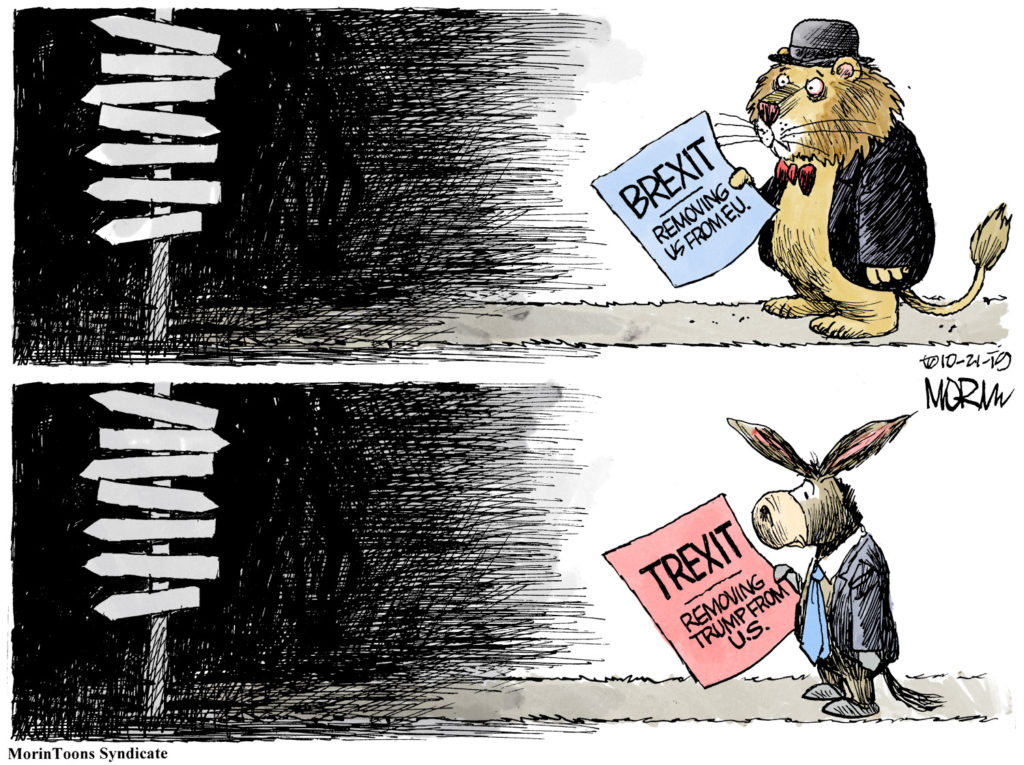 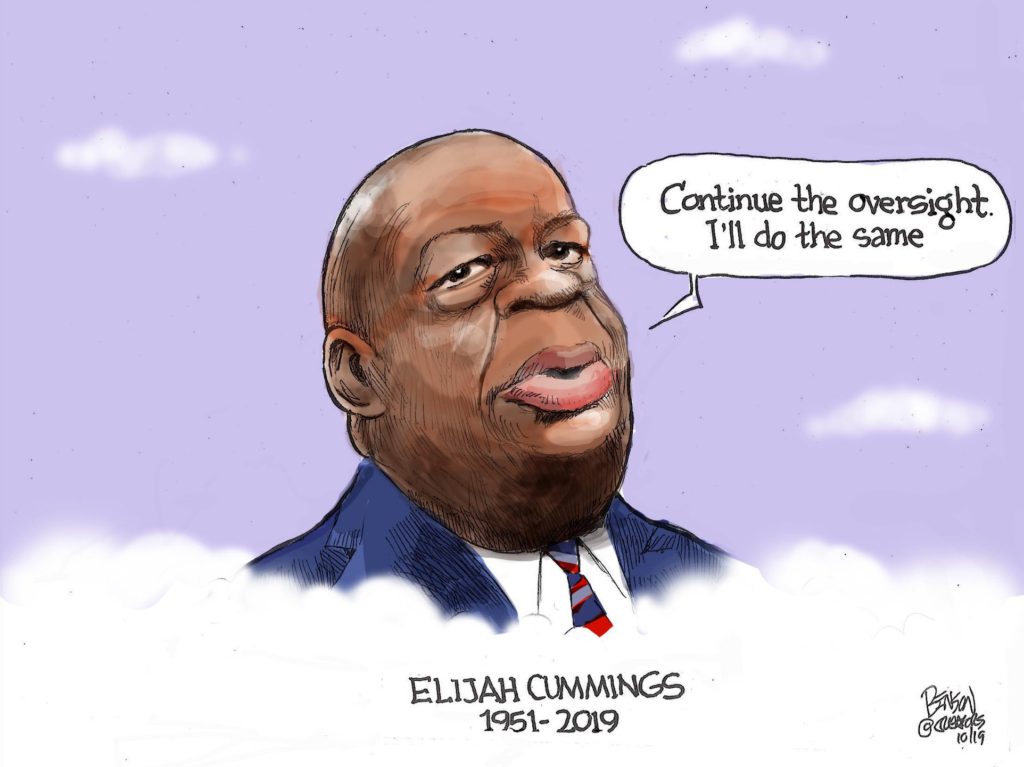