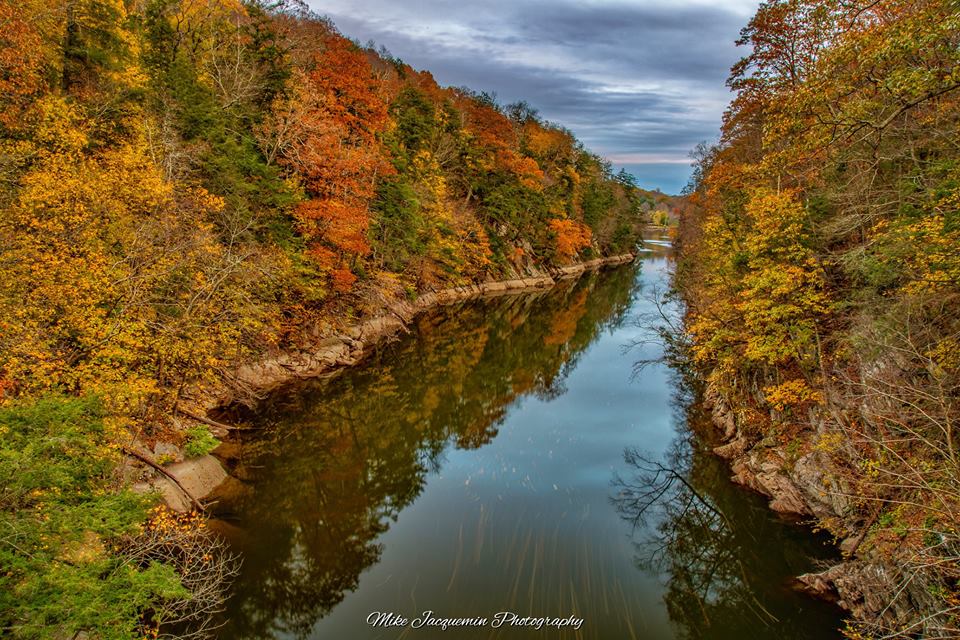 It’s kind of crazy that Bernie Sanders has a heart attack, and comes back looking stronger than ever. Sanders directly addressed the charged but pertinent question about his health. It was a nice touch by Sanders thanking everyone for their well wishes. It turned the tables on the negative connotation of the health question. Sure, Bernie had a heart attack, but he appeared to be on his game. He shouted less, he was coherent. It looked like all of his neurons were firing.

Not so for Joe Biden. He was better, but Wrongo thought he’s showing some cognitive deficits of aging. He misused words, having several lapses when the wrong word came out, like when he said “epedentially”, whatever that means. He occasionally lost the thread of his argument. And Sanders zinged him, saying the campaign was all about the future. Biden’s the only candidate who is older than Wrongo, and these slips suggest the normal effects of aging.

Warren spoke the longest, about 6.5 minutes longer than Biden. That seemed to be a byproduct of the many attacks she faced. She didn’t escape unscathed, but the sheer number of punches she took underscores the fact that she’s now viewed by her opponents as a frontrunner. With an opportunity to expand on policy details, Warren was explicitly pressed for the 4th straight debate on whether Medicare for All (M4A) would result in higher taxes for the middle class, and she didn’t answer it directly. She should answer that taxes will go up while total health care costs will be lower by enough to make up the lost tax expense. Sanders freely admitted that it will require taxes to go up on everybody, including the middle class. Here’s CNN’s chart on talk time: 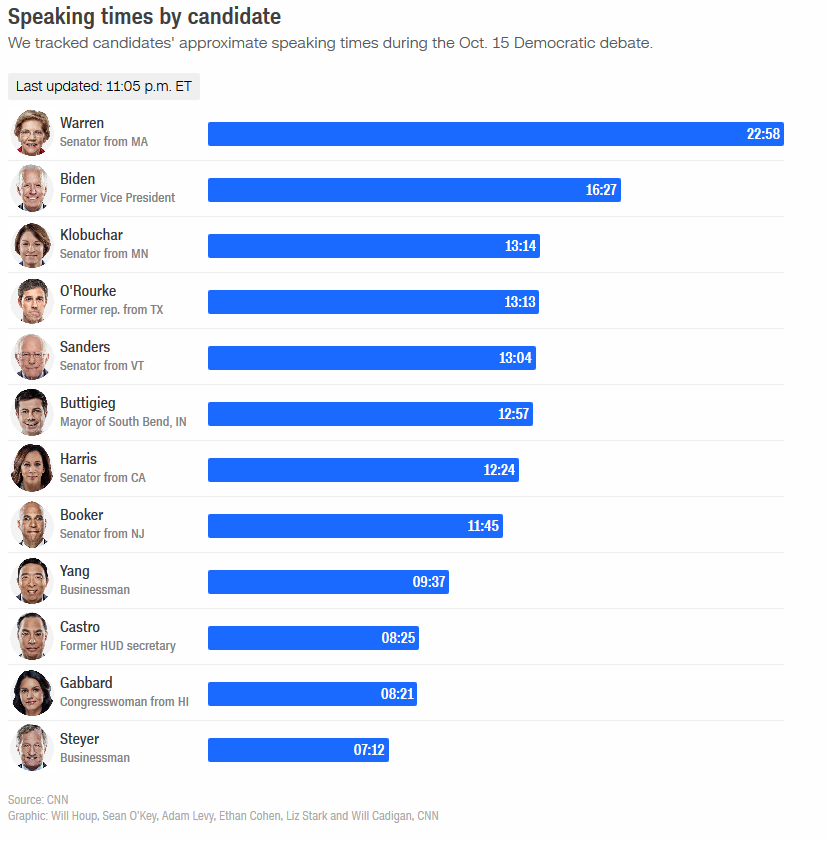 It was fun to watch Beto, version 2.0 (that would be Mayor Pete Buttigieg) fight it out with the original Beto on the question of how to get semi-automatic weapons off the streets. Mayor Pete also came out swinging against Sanders and Warren regarding Medicare for All. Wrongo is kind of with Mayor Pete on Medicare for All, where he says it should be for all who want it, and that people who already have insurance can stay on their plans.

The sad part of this Democratic food fight on universal health care is that it’s achievable through the back door of a public option. America doesn’t have to eat the apple in a single bite. So many Democrats turn up their noses to anything less than total victory over the insurance companies. Medicare is a good example of how M4A could work. There is no doubt the government’s administration will expand to meet the need, but that may take a little time.

Several of the middle-tier candidates, like Buttigieg, Booker, Castro and Yang had some very good moments, but the field must be cut to five by November. Harris, who started out the year looking like the most formidable candidate, is floundering. Beto, Steyer, Tulsi, Klobachar, and the rest, should retire from the competition.

Warren looks like the class of the field to Wrongo, followed by Mayor Pete. Bernie showed that he still has zest for the fight, and is a worthy opponent. Biden alternated between longing for the old days and getting hot under the collar, pounding his fist on the lectern. Wrongo only heard “get off my lawn”.

But one thing’s for sure, no one on that Ohio stage looked to Wrongo like a sure winner against Trump.

Is it possible that someone who isn’t part of the field will emerge and scoop the nomination?

Maybe, but Hillary isn’t the answer for Democrats.