Bill Gates is the second-richest person in the world, with a net worth of $106.2 Billion. Here’s what Bill Gates said about Elizabeth Warren’s tax plan:

“I’m all for super-progressive tax systems….I’ve paid over $10 billion in taxes. I’ve paid more than anyone in taxes. If I had to pay $20 billion, it’s fine. But when you say I should pay $100 billion, then I’m starting to do a little math about what I have left over….You really want the incentive system to be there without threatening that.”

Here’s what would actually happen to Gates under Elizabeth Warren’s tax plan: (emphasis by Wrongo)

Gates won’t have to pay as much as he thinks. The fundamental question is whether it’s ok for a billionaire to add 6% less to his massive fortune under Warren’s plan? Can billionaires still be successful executives if they don’t pocket every last penny they can lay their hands on?

Billionaire Michael Bloomberg doesn’t think the current Democratic presidential field is sufficiently deferential to the rich, so he’s running to make sure we get there.

When you think about it, two billionaires, Bloomberg and Steyer are running as Democrats. A third, Howard Schultz, billionaire behind Starbucks, tried to run as an independent. All wanting the job of billionaire Donald Trump.

Billionaire Mark Zuckerberg has said he would fight the Warren’s taxes on billionaires. Tim Perkins, a billionaire venture capitalist compared the “progressive war on the American one percent” to the Kristallnacht and anti-Semitism in Nazi Germany.

Billionaire Stephen Schwarzman, Chairman of Blackstone, compared a tax increase for people like him to Hitler’s invasion of Poland.

Why does anyone care about the tax concerns of these people? They never have to think about money, and neither will their heirs. It’s a familiar story, the astronomically rich are willing to donate large portions of their wealth, so long as interfering with their cozy power relationship with politicians is off the table.

On to cartoons. No plan goes unpunished: 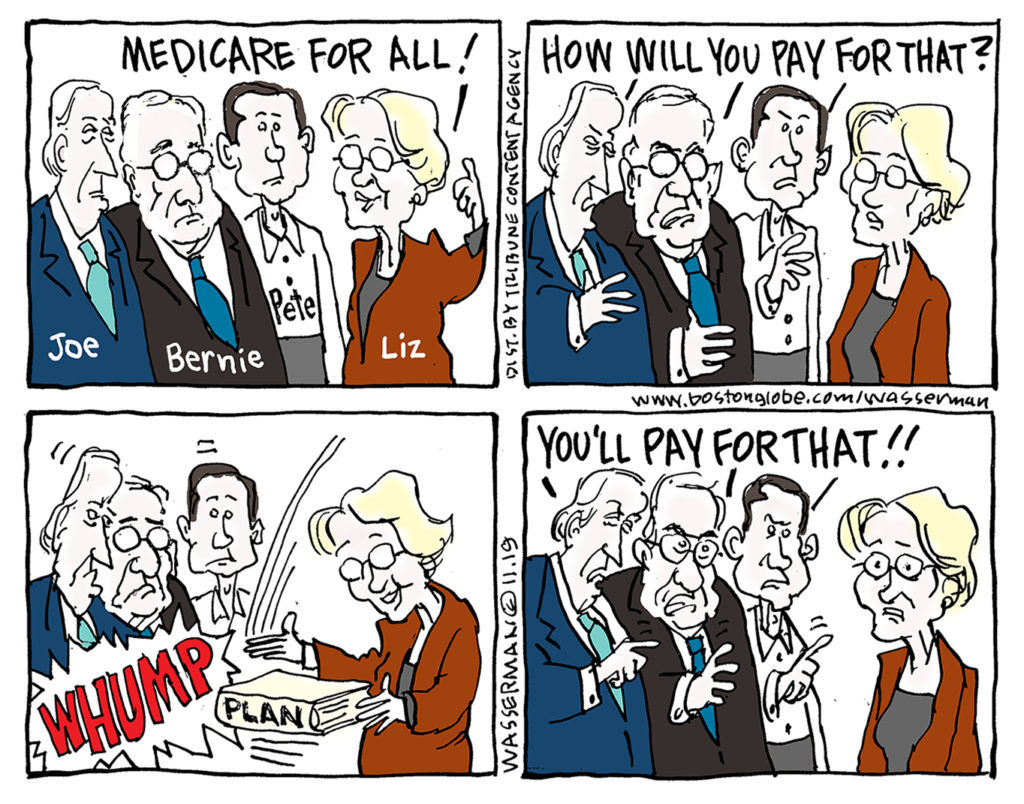 America has a difference of opinion on health insurance: 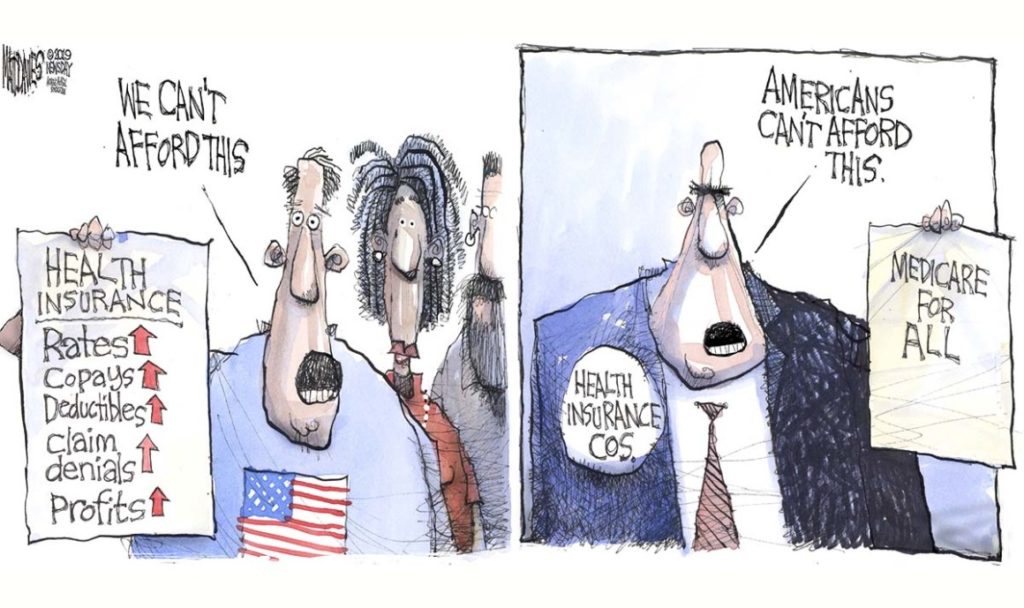 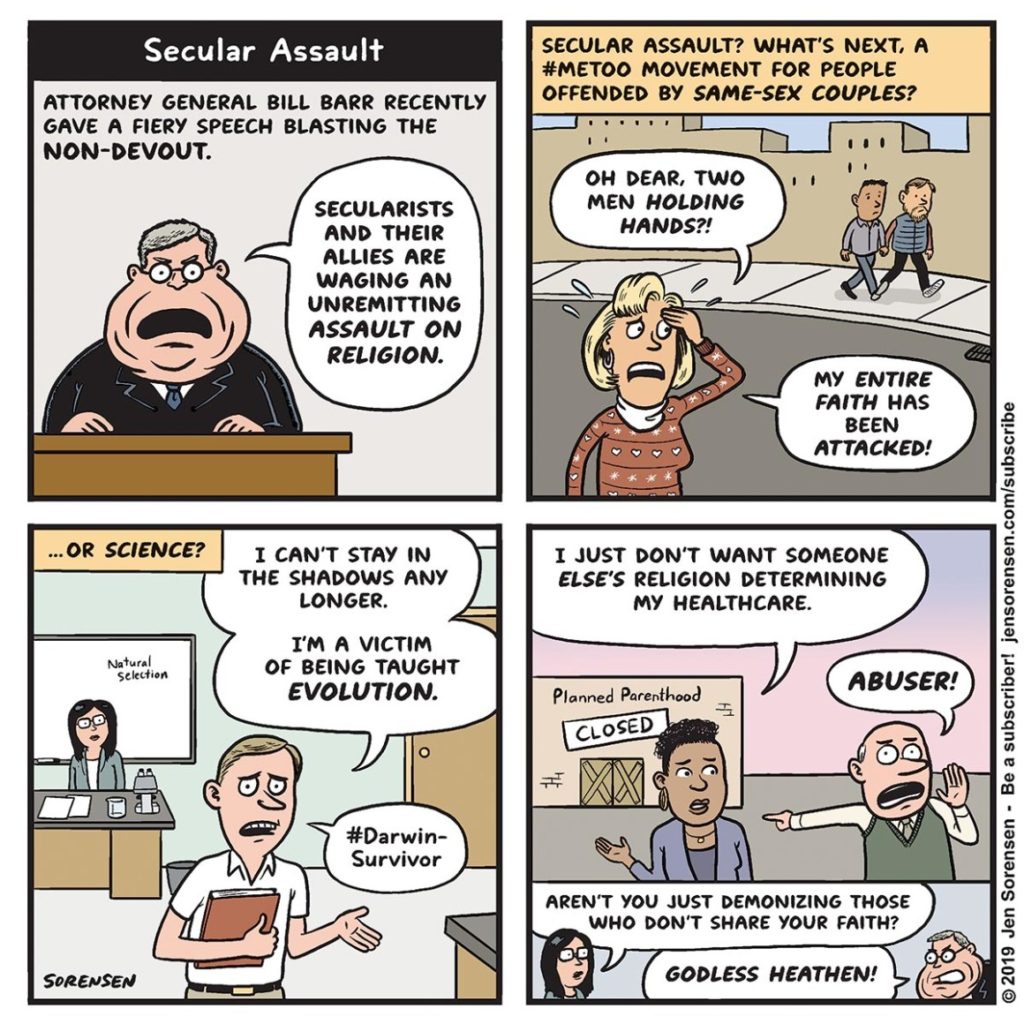 GOP wants to take a few shots at the whistle blower: 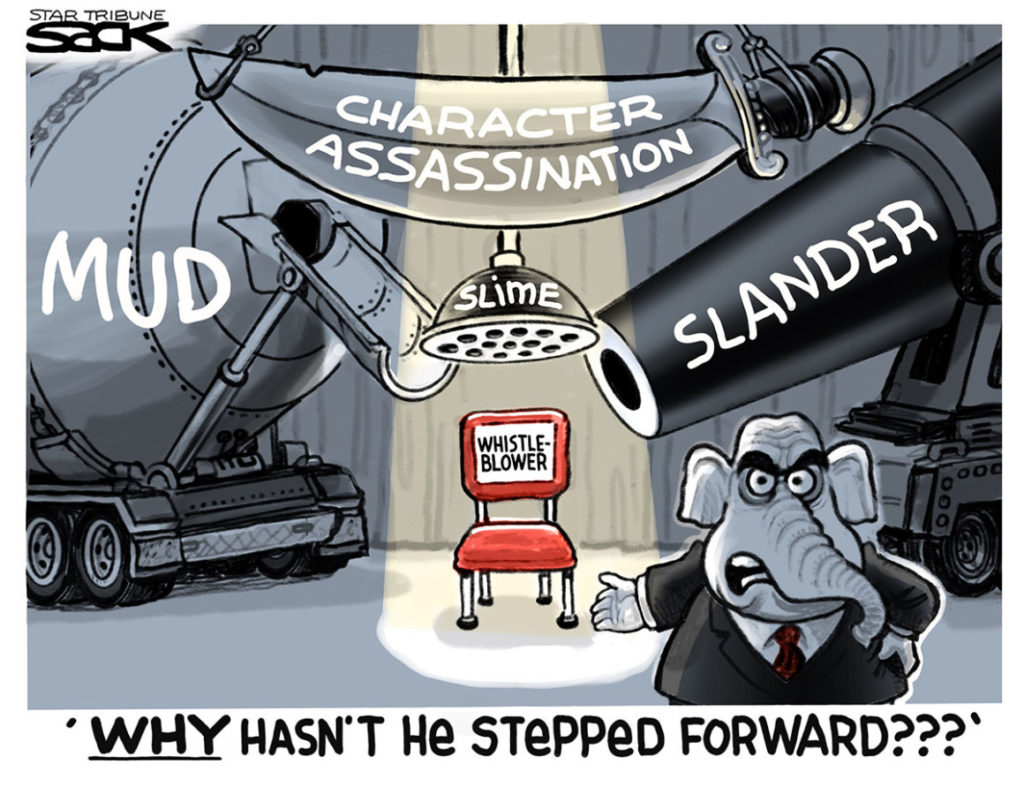 Trump misunderstood which turkey could do him a favor: 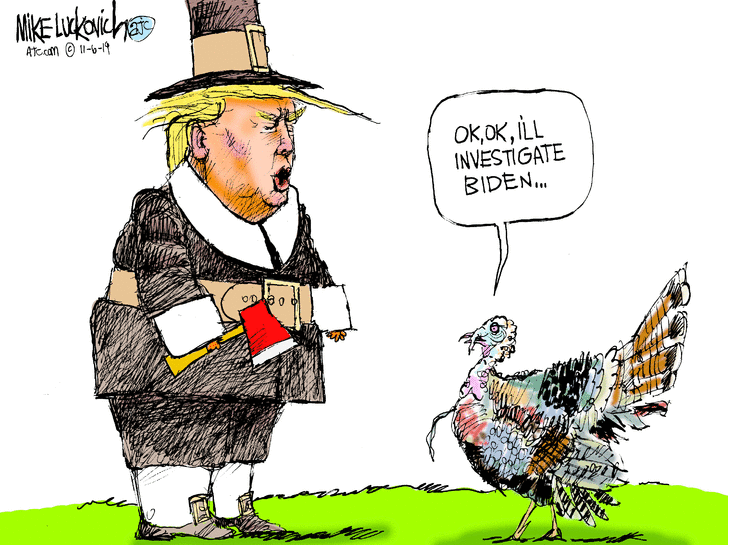