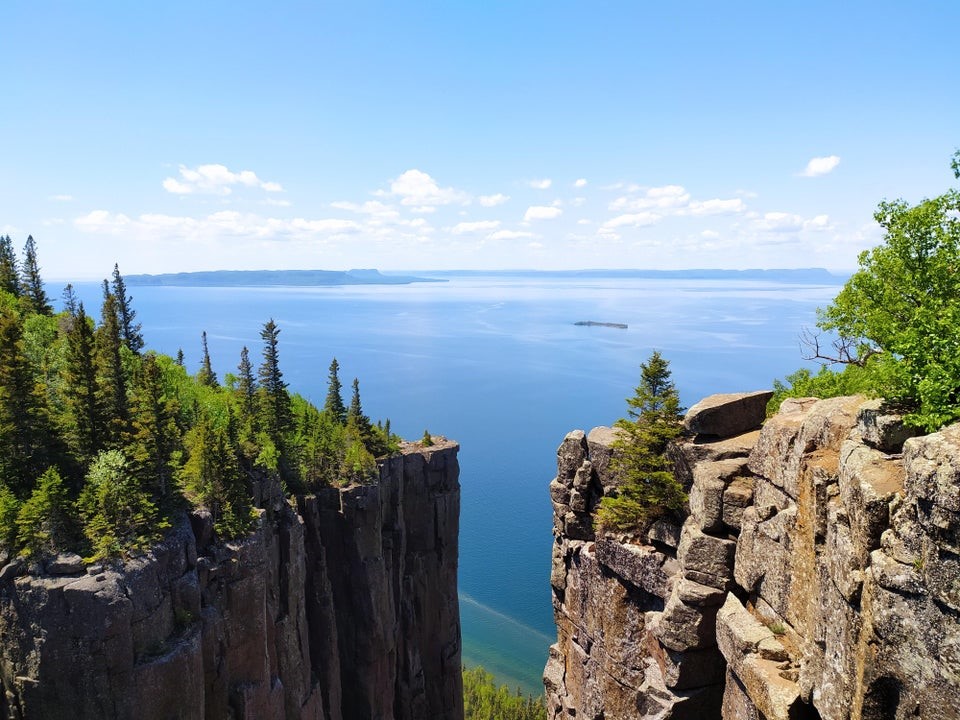 If you want to know where Trump is headed on civil disobedience in 2020, consider this about China’s Tiananmen Square demonstrations. Nicholas Kristof reminded NYT readers what Trump had to say about it in 1989:

“When the students poured into Tiananmen Square, the Chinese government almost blew it, Trump told Playboy Magazine….Then they were vicious, they were horrible, but they put it down with strength. That shows you the power of strength.”

Overwhelming force is Trump’s plan, just like the Chinese. Here’s a list of the military, government police units and militia-like components of the US Government that are walking the streets in Washington DC: 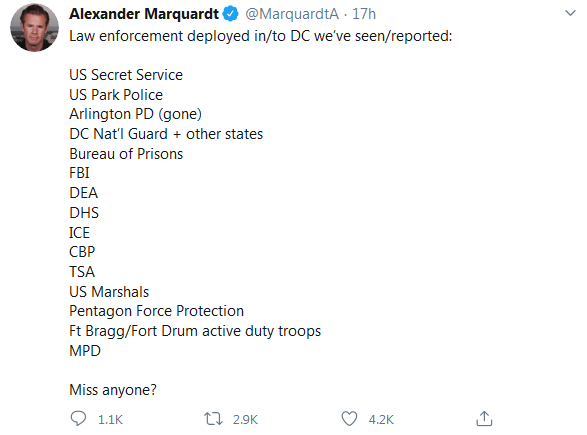 That’s 14 discrete police and military groups patrolling DC. And it didn’t stop there. The Trump campaign just changed his MAGA hats from red to camouflage, and is calling supporters the “Trump Army“: 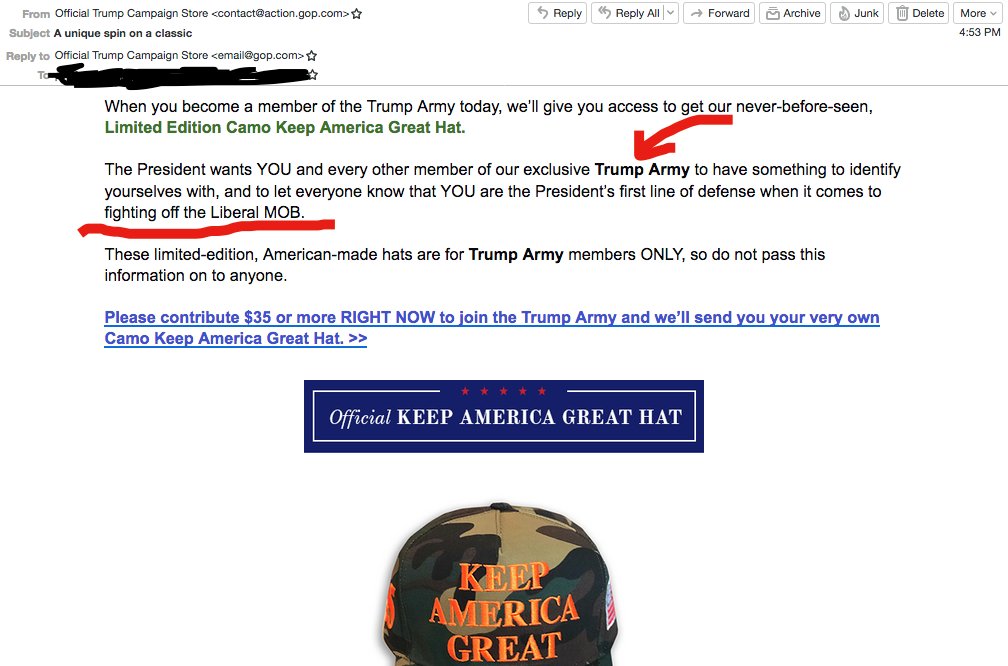 Yep, Trump wants an army to fight off the liberal mob.

The Daily Beast reported that Trump and Barr have come up with a possibly legal way to bring troops into America’s cities:

“The idea was to…rely on the FBI’s regional counterterrorism hubs to share information with local law enforcement about, in Barr’s own words, ‘extremists’.”

More from the Beast:

“That’s when Barr turned to an existing counterterrorism network—Joint Terrorism Task Forces (JTTFs)— led by the FBI that unite federal, state and local law enforcement to monitor and pursue suspected terrorists….The construction we are going to use is the JTTF. It’s a tried and true system. It worked for domestic homegrown terrorists. We’re going to apply that model….It already integrates your state and local people. It’s intelligence driven. We want to lean forward and charge… anyone who violates a federal law in connection with this rioting.

We need to have people in control of the streets so we can go out and work with law enforcement…identify these people in the crowd, pull them out and prosecute them…”

See any reason to be concerned?

According to multiple current and former Justice Department and law enforcement officials, Barr is misusing the Joint Terrorism Task Forces (JTTFs) in support of Trump’s insistence that antifascists are “terrorists” exploiting the nationwide protests. Using the JTTF against the protesters is a political ploy to make being anti-Trump look like terrorism.

Authoritarians world-wide call domestic demonstrators “terrorists”. Saddam did it in Iraq, so does al-Assad in Syria. Duterte does it in the Philippines, as does Erdogan in Turkey. Xi does it in China.

On Wednesday, Trump again violated the First Amendment by authorizing federal police to block clergy’s access to St. John’s Episcopal Church (the one he used for his photo-op), effectively “prohibiting the free exercise” of religion.

That, from the holy defender of religious rights.

Monday wasn’t the worst day in American civilian-military relations. But the use of force to create a photo-op, including ordering military helicopters to fly low, scattering protesters with the rotor downwash, broke many established norms.

Trump followed that by deploying many different groups of uniformed “peace-keepers” to the streets of DC. So Monday became the worst day for American civilian-military relations since the military attacked the veterans march on Washington when Herbert Hoover was president.

Political Violence at a Glance asks a few questions:

Trump’s rhetoric continues to support white supremacists and far-right militias, while encouraging violence by his followers.

His effort to label the demonstrators as outsiders is meant to justify an increasingly aggressive police/military response. In the past few days, we saw them attack regular people on the streets, along with the journalists reporting on what was happening.

Former high-ranking military officers are finally calling out Trump, but his authoritarian instincts combined with Barr’s right-leaning reflexes pose a clear and present danger to our democracy.

Let’s hope the republic is still here for us to defend by overwhelmingly voting him out on November 3d.

They’re already telegraphing how they might respond if they lose.

If you have not already heard this one, it is about how the Trump administration brought down a friendly government because it did not cooperate in delivering an foreign policy victory: https://www.npr.org/2020/06/05/870227931/how-a-trump-diplomat-helped-bring-down-kosovos-government