Possibly lost in the “Terrorist Antifa Moms” news out of Portland last week was the thought that we continually say things like this:

In the past, other presidents have used governmental authority for political ends, but no other president has used a combination of the FBI/DHS/ATF and private mercenaries to literally beat down our First Amendment rights. Who’s stepping forward to stop him?

Without a principled Congress, nothing will stop him. The Republican Party steadfastly remains unshocked by his behavior. The Democratic Party can hold all the hearings it wants. It will never make a dent in Trump’s behavior. The current national dumpster fire is 100% owned by the GOP.

From Trump’s perspective, he’s doing exactly what he’s certain that he can get away with as President. He’s moved the goalposts, because our system wasn’t designed to hold back a President without principles. On to cartoons.

Protection of your Constitutional rights is now in the hands of Portland’s mothers: 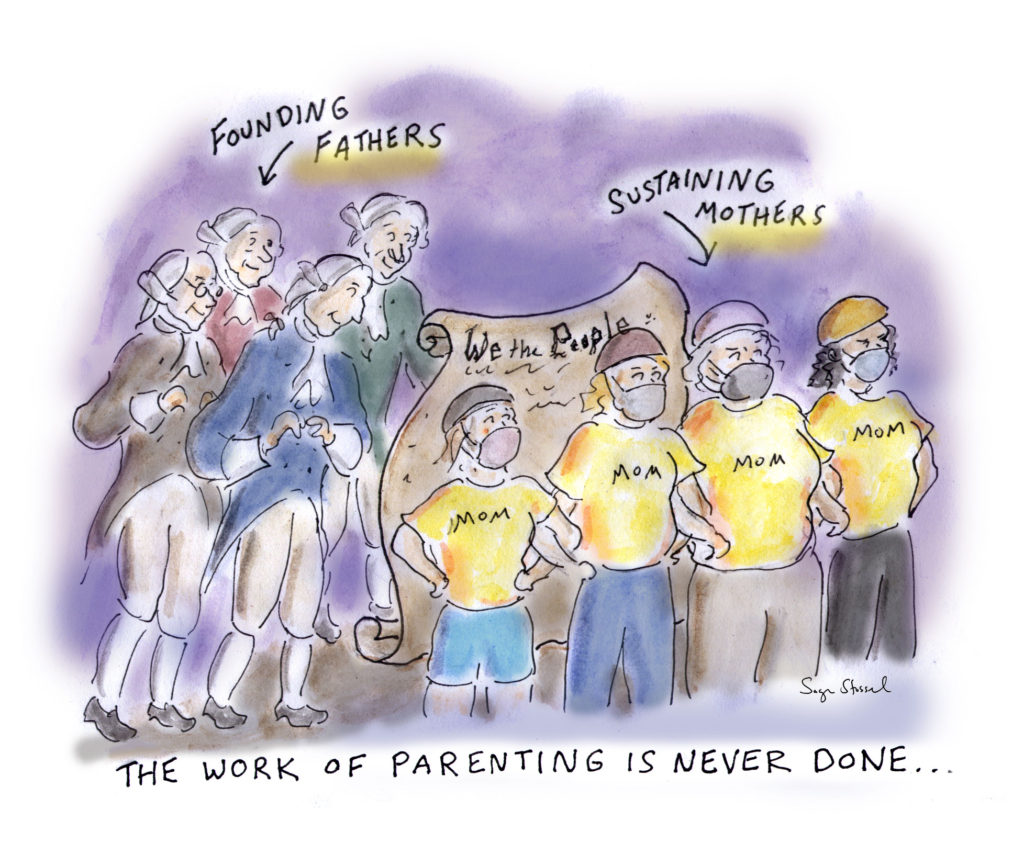 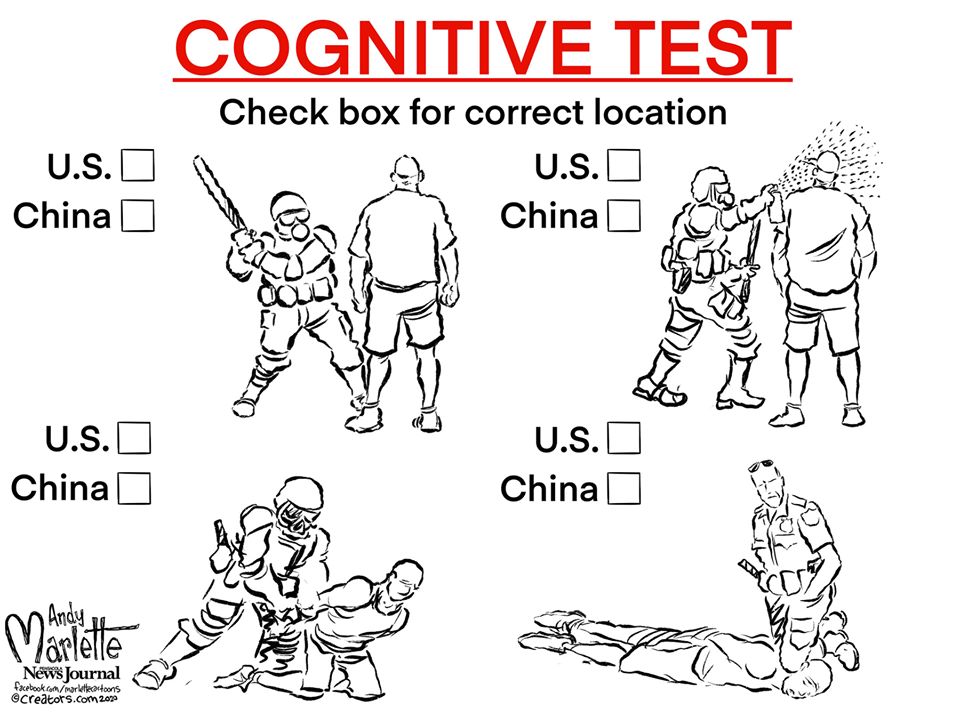 Who’s behind these secret police masks? 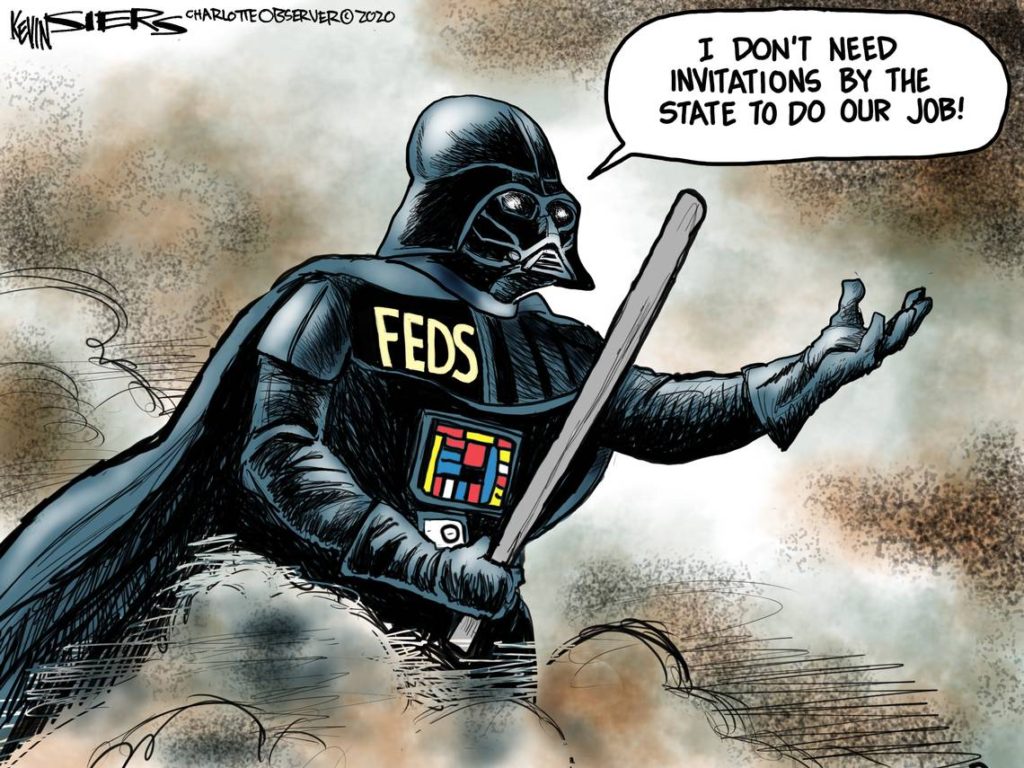 Do Americans understand how close we are to Trump declaring Martial Law? 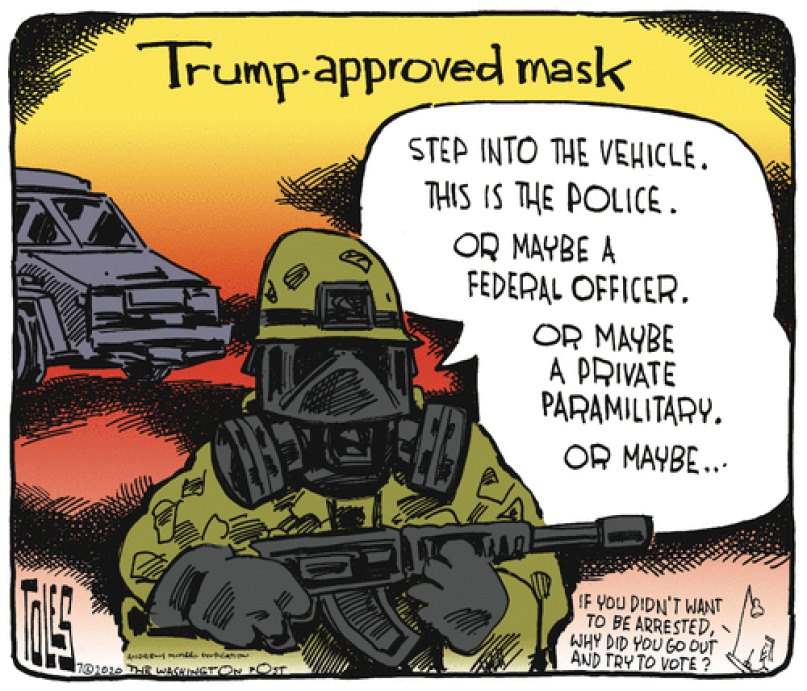 Can Trump win on this debate question? 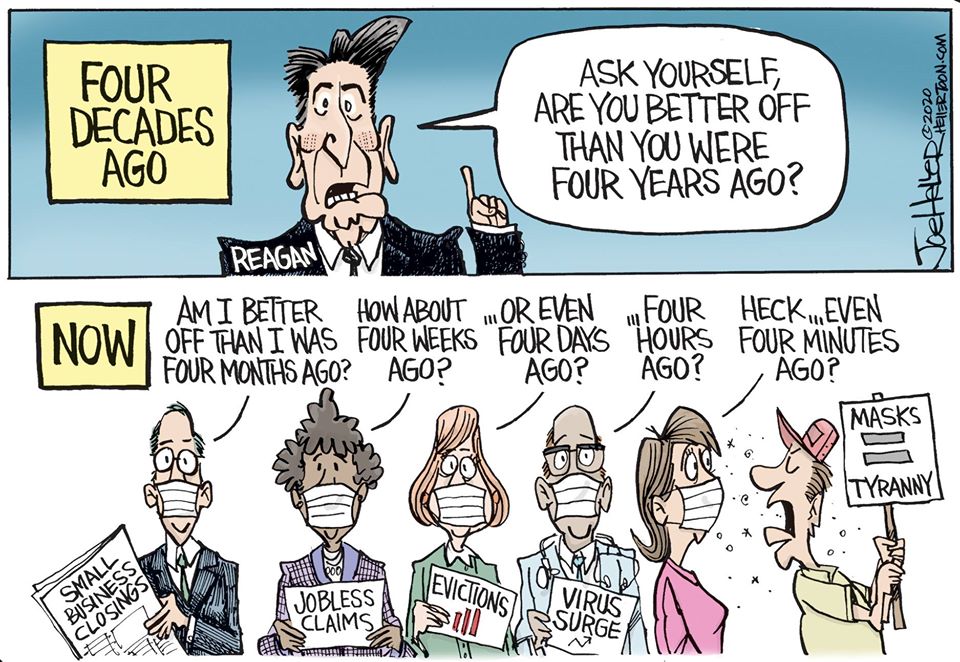 “Another new low for Trump. How dare he.” Well, he’ll keep going lower, and daring more, as long as enough people support, tolerate or fear him. That’s how authoritarianism takes hold. At this point he is further emboldened since he has nothing to lose. Corrupt, mendacious, vengeful, reckless, vulgar, petty, needy, clownish, ignorant, incompetent, capricious, cruel (etc.), that’s what turns his supporters on.