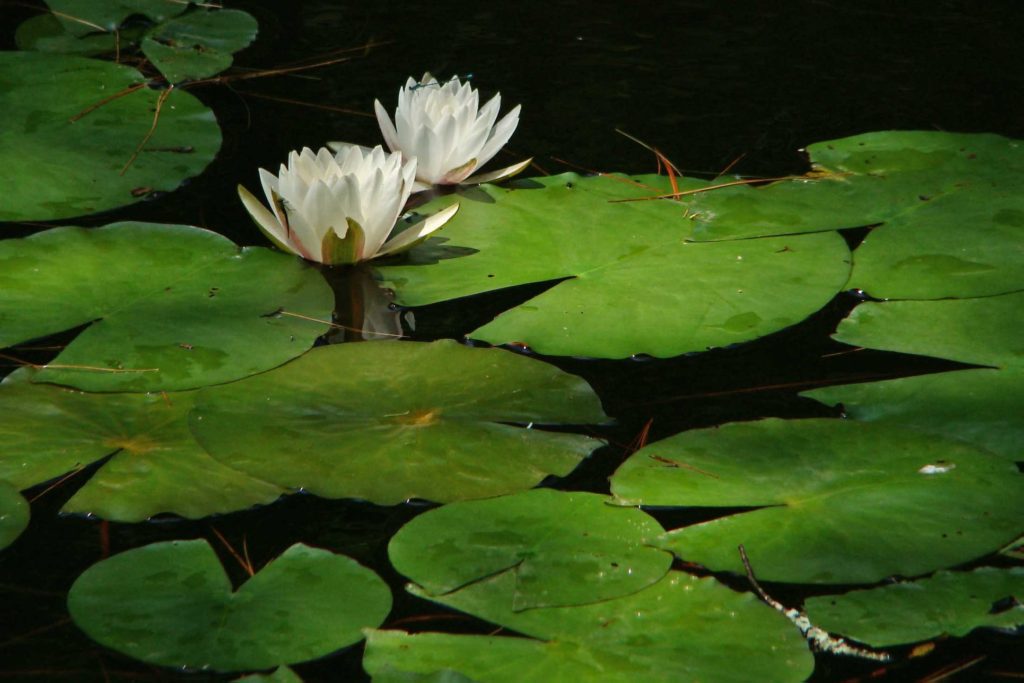 Happy Saturday, fellow disease vectors! Wrongo is beginning to think that COVID will be with us for a very long time, possibly forever. We seem incapable as a society of following two simple rules: Mask up, and practice social distancing. So we won’t even muster a basic defense against it.

The virus needs new hosts all the time, and if you keep potential hosts sufficiently separated from each other, it can’t spread. This isn’t unknown, and it isn’t difficult. Asian and South Pacific nations successfully implemented it.

Now even America’s denier-in-chief is tumbling to the reality that the virus will be with us for a long time. Back in March, Wrongo asked:

“What unpleasant decisions would our federal and state governments be willing to take to get us out of a deep recession, if the virus is still around a few months from now, and still killing a lot of people? Is restoring our economy, and putting Americans back to work worth a million lives lost? Is it worth 300,000?”

Well, we’re now halfway to 300k deaths, and we could lose 200,000 by Election Day. The pace of virus infections is growing, although the US COVID death rate has fallen. Having said that, we’re dying at a rate that’s 10 times faster than the Europeans.

Here’s a screenshot from CNN: 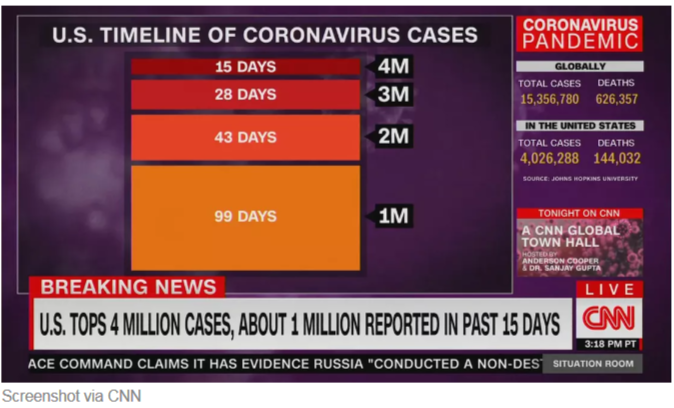 It was almost 100 days to our first million cases, and just 15 days to our fourth million! After a slowdown in the Northeast, American hospitalizations today are about the same as they were on April 15.

Politicians have largely gambled that some form of effective vaccine will be discovered, and that it will be available in large enough quantities to halt the epidemic by next year. If they’re correct, they figure that they can allow more of us to die today in order to keep the economy bumping along at least at its current stagnant pace.

In a way, they are saying that the illness and deaths of the little people are less important than the health of our current economic system. So, let’s experiment with reopenings, and play down the need to mask up. Worse, America’s checker-board response, where each state and each county takes a different approach, is perpetuating the likelihood of a bad outcome.

But, what if there is no vaccine? Who’s doing the planning for that downside risk?

Should Americans simply throw up their hands and wait to get infected? Of course not. The virus needs uninfected humans to propagate. A social system that isolates the infected from the uninfected must be instituted, along with universal quick daily testing, masking and social distancing.

If the virus is going to be around permanently, we’ll have to protect the most vulnerable Americans, the old and the young. We locked up the elderly in the petri dishes we call “senior living centers” and they died at staggering rates. We let kids stew in their homes without much chance at getting a real education.

Neither can be allowed to continue if the virus isn’t going away.

And the physical damage seems to go well beyond the lungs. A study reported in Australia covered patients sick with COVID in 69 countries across six continents. It shows that more than half of all COVID-19 patients were found to have damaged hearts. It surveyed 1216 patients, aged 52 to 71, 70% of them male, so it’s a small but troubling sample of what can happen. Ilargi asks:

“So what happens to your health care system if you let half the population catch the virus, and half of those end up with heart damage in one form or another, to one degree or another?”

Knowing all this, are you willing to go with: It’s not that bad, it’s not that deadly, and those old folks would have died anyway?

If the disease is going to be with us for a long time, do you think that kids should just go back to school? We all should get back to the office? That we should just open up the bars?

Wow, these thoughts make us need our Saturday Soother more than ever.

Here in Connecticut, we’re in for another hot dry spell. Wrongo picked our first tomatoes and jalapenos yesterday. Also, we saw a deer with three fawns, a rarity, since one or two are usual.

Let’s take a minute and open a Guji Uraga Nitro Cold Brew coffee from Denver CO’s Corvus Coffee Roasters, pour it over ice and settle back at an appropriate physical distance to contemplate just how far away COVID seems from you.