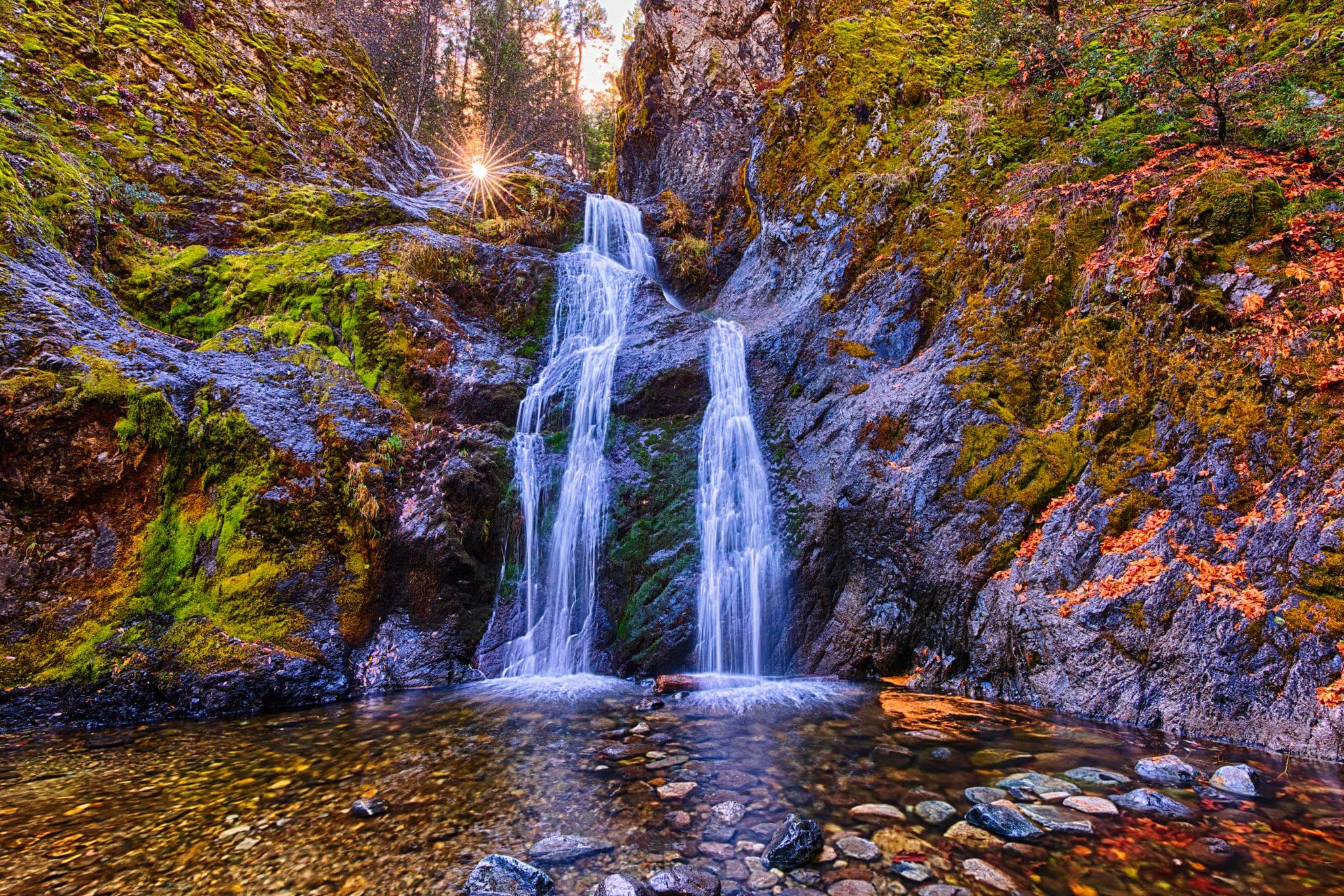 (There will be zero to light posting for the rest of the week. We all need a break from the Turkey of an administration that we’ve endured for the past four years, and this Turkey of a Year.)

The presidential transition is officially underway, nearly three weeks after the election. Despite all of our anxious uncertainty, with almost all the votes counted, it’s safe to say the Biden vs. Trump contest wasn’t close. The Electoral College appears to be holding at: Biden 306 vs. Trump 232, a 57% to 43% win.

There are apparently still about 1.3 million votes to count, mostly in NY. Imagine the drama if NY was the state that winning the election hinged on – we’d all be too drunk to carve the turkey!

If we extrapolate the current margins to the votes that remain, it will look like this: The total Biden vote: 80.6 million; the total Trump vote: 74.4 million; the total minor party vote: 3 million, and the total national vote: 158 million. That means nationally, turnout was about 66%, up from 59% in 2016 and that Biden’s popular vote margin will be 51% to 47%. 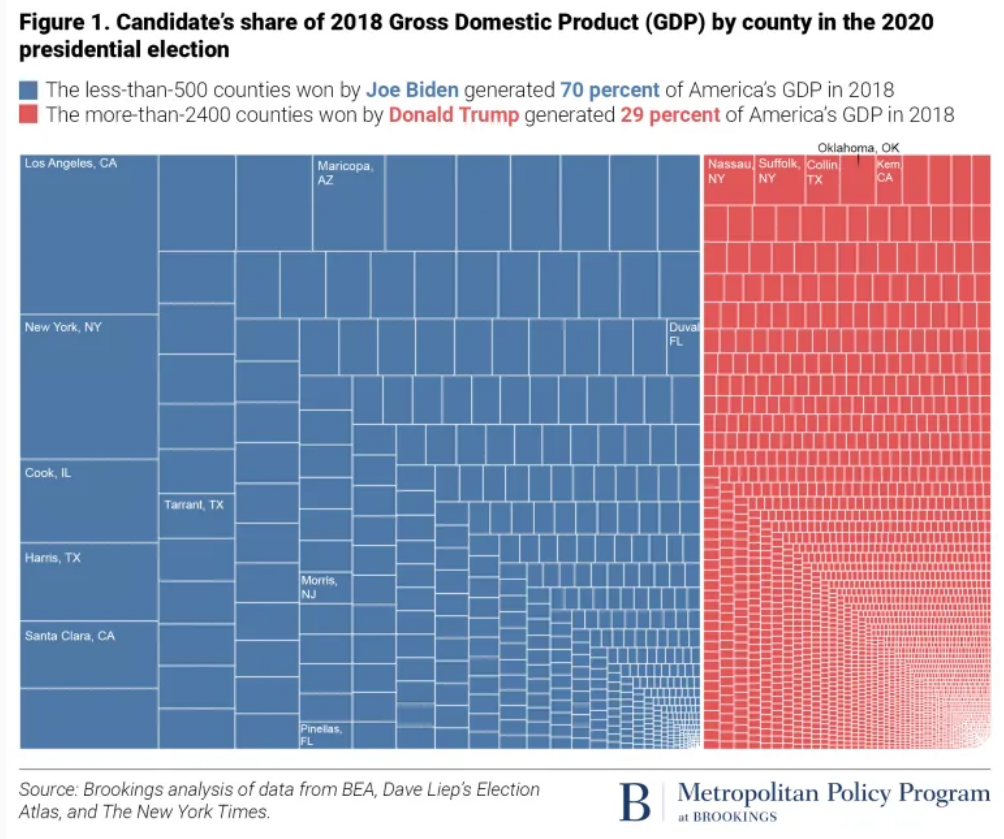 This is pictured as a typical Red vs. Blue breakdown, but it’s not about voting. It’s about that portion of the US economy that voted for the two candidates. Seventy percent of America’s economy is generated in the 500 counties Biden won; the 2,500 counties won by Trump produce just 29%.

Back in 2016, Brookings found that the 2,584 counties Trump won generated 36% of the country’s economic output, while the 472 counties won by Hillary Clinton were about 64% of the nation’s economy.

So there are two conclusions: First, the concentration of economic power has increased significantly in the past four years. Second, a real polarization in America is between its two economies.

Blue and Red Americas reflect two very different economies: The Blue one is oriented towards diverse, often college-educated workers in professional and digital services occupations, while the Red leans whiter, less-educated, and more dependent on “traditional” industries, such as mining, manufacturing and farming.

From Brookings Metro: (brackets and emphasis by Wrongo)

Still, Trump’s winning of 74 million votes suggests that 47% of us continue to feel little connection to the nation’s core economic future. This may also help explain why Democrats lost all of the 27 toss-up races in the House and Senate.

If this pattern of one Party attempting to confront the social and economic challenges of a majority of Americans while the other Party stokes the hostility and indignation of a significant minority being left behind, we’ll continue to have not just gridlock, but sustained harm for people and towns throughout America.

The Brookings map shows that wealth and power are not only concentrated, but that the concentration is continuing to grow.

If we fail to build an economy for all, it’s possible that at some point the inequality will reach an extreme. What plays out after that is anyone’s guess.