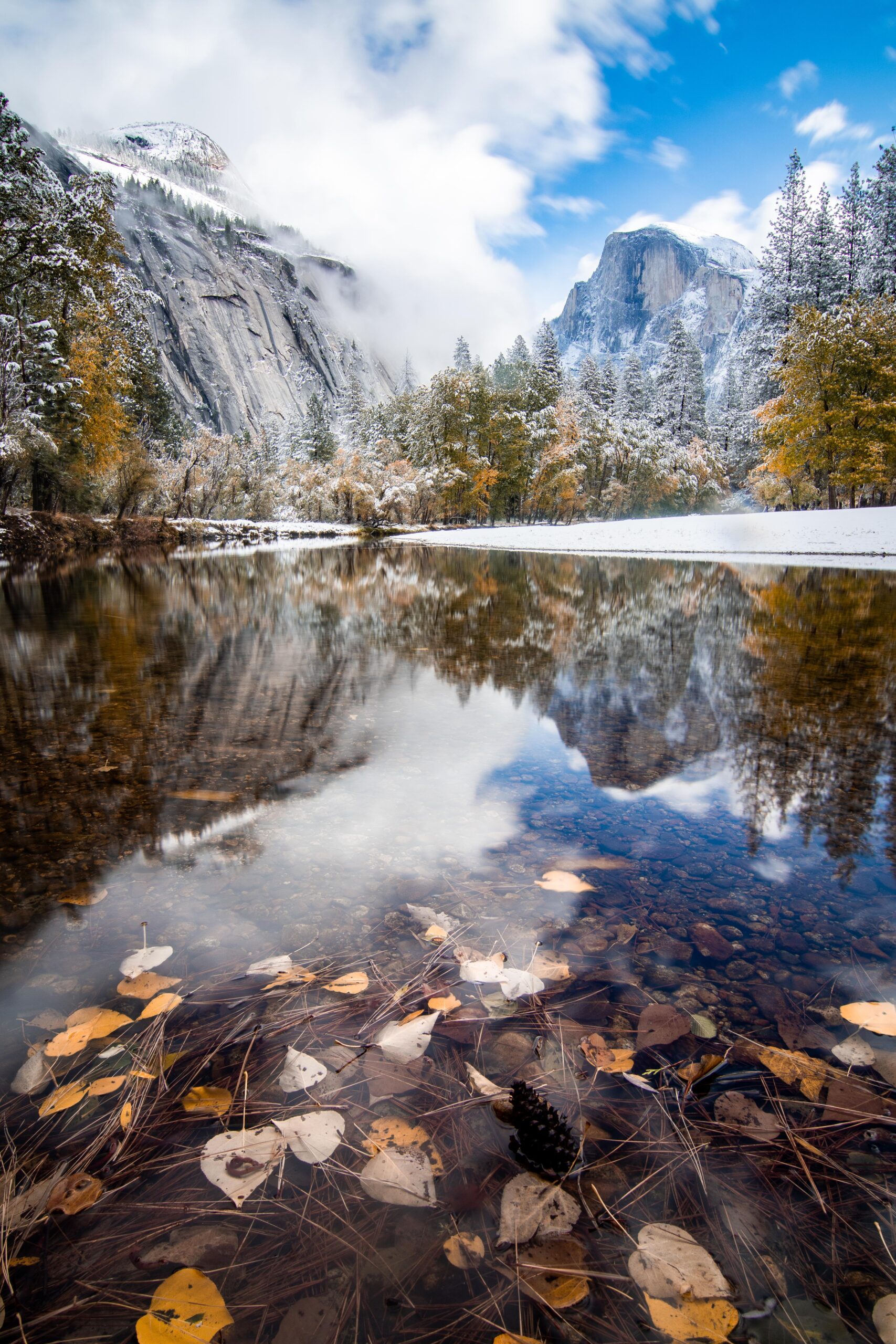 Yosemite changing from fall to winter – November 2020 photo by kscwuzhere

Yet, the official position of the Republican Party, as put forth by the RNC Chair Ronna McDaniel, is that Joe Biden and the Democrats stole the election:

“On Tuesday…McDaniel….told FOX News commentator Sean Hannity that she has 234 pages containing 500 sworn affidavits alleging 11,000 incidents of various types of voter fraud…..It’s been rigged from the beginning…and now you have a media that’s rigging it again by saying we’re not going to even listen to these stories.”

The GOP believes that it has been the rightful winners of every presidential election since Eisenhower. The natural order requires that they win. Actual vote counts are irrelevant.

The most likely outcome of the next two months is that Joe Biden will be sworn in as president in an orderly way, but there’s a chance it could go differently. Here’s a thought from Jared Yates Sexton: (emphasis by Wrongo)

“People keep asking whether Trump and the Republicans attempt to steal the election is legitimate, if it’s a coup, if it’s a fundraising scheme, if it’s posturing, if it’s actually all that dangerous.

The answer is yes. All of these things….

People like McConnell and Graham are giving voice to Trump for multiple reasons….they need to win the special elections in GA, the controversy creates passion, and it leads to fundraising. But…they’re also fine with a coup.…

Sexton’s most disturbing point, that Establishment Republicans probably don’t think the coup will work, but they seem to be 100% OK with it, if it does.

Republicans believe that Democrats have no legitimate claim to govern, because Democrats only win elections when the wrong people vote for them, as opposed to Real Americans, who vote GOP.

The only question the press should be asking Republican officials is: “Are you on board with Trump’s coup?” The GOP really doesn’t want to answer questions about their actions, and won’t, even when asked. Charlie Pierce says this:

“So the president, the leaders of the Republican majorities in Congress, and the Secretary of State all are attached to the fantasy that Joe Biden is not the President-Elect….They are taking active measures in support of that fantasy, and the longer they do, the more real it becomes to the president’s 70 million followers. And, therefore, the more political power it gains, and the more poison is pumped into the political bloodstream of the country…”

This week, Trump replaced the head of the military, who had previously said that he was concerned about the use of troops against civilian populations. Then he replaced a number of senior military officials with known loyalists who have zero qualifications for their jobs.

People seem to believe that the (relatively) independent directors of the CIA (Gina Haspel) and FBI (Christopher Wray) are going to be replaced, soon.

If all of that happens, what is the innocent explanation for all of these moves? Pundits have said there may be simple explanations for them, but there’s a non-trivial chance that Trump is attempting to assert control over key parts of the government in advance of a destabilizing action to remain in power.

For decades, we thought that norms of behavior would prevent something like this from happening. Our respect for institutions, love of country, institutional guardrails, and separation of powers would prevail. But, those things only work as long as both sides informally agree to act like rules have meaning.

From the moment Trump declared his candidacy, he’s crossed those lines, over and over again. Even if he goes away or drops dead tomorrow, these lessons can’t be unlearned, no matter how badly Dems want to pretend things can go back to the way they were.

Because the GOP certainly isn’t forgetting any of it.

Norms of behavior stopped when Republicans shut down the government, also when they refused to support Obama on anything. Trump only exposed what already existed.