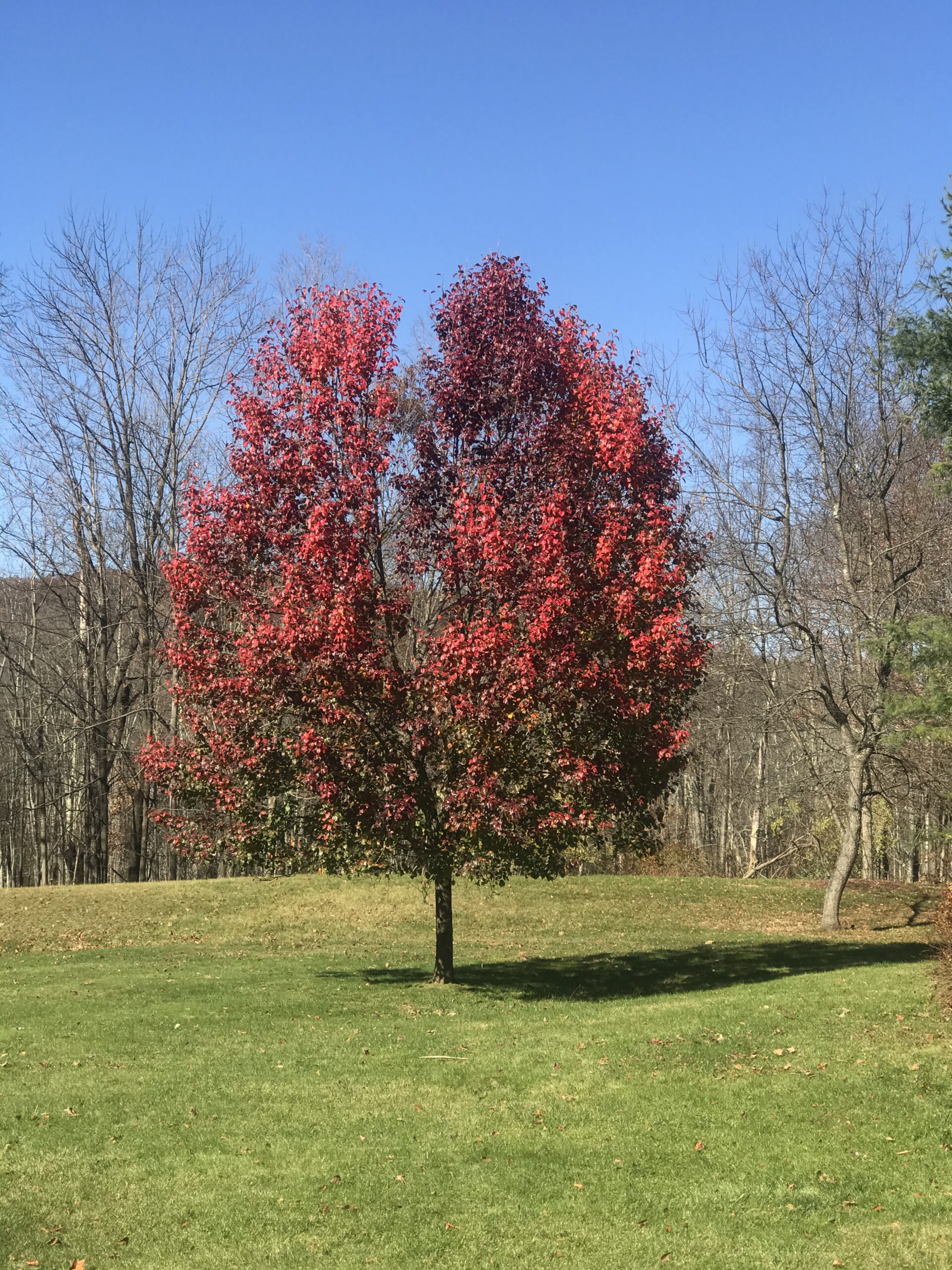 Bradford Pear, Fields of Wrong, Litchfield County, CT – November 2020 iPhone photo by Wrongo. The Bradford Pear has white flowers very early in the spring, and red leaves in fall. It’s among the first to flower, and last to lose its leaves.

Wrongo is increasingly pessimistic that the majority of Republican voters will accept the result of the Biden vs. Trump 2020 election. The Morning Consult has a survey that shows:

This has incredibly dire consequences for the country, and possibly, for our democracy.  The WaPo’s Greg Sargent writes:

“With Trump unlikely to formally concede, you can see a kind of Lost Cause of Trumpism mythology taking hold, in which many supporters continue believing the election was stolen from him and that squeamish Republicans betrayed him by not fighting hard enough against it.”

No one should be surprised by this. Trump told us four years ago while running against Hillary Clinton, that he would only respect the outcome of the election if he won. And he’s been saying the same thing for months about this election. As Rick Hasen suggests, Trump and the GOP are placing a cloud of illegitimacy over Biden’s presidency.

This is not tenable. You can’t move on to what should come next when 70% of Republicans think Trump should be sworn in on January 20. You can’t reconcile with a party whose voters overwhelmingly believe the election was stolen from them.

Now, America will wait on the courts, which are conveniently stocked with judges appointed by Trump, and handpicked by Mitch McConnell. Don’t expect that all of the cases will be dismissed. Eventually, one or more of them will reach a Supreme Court that has three Justices who Trump has already said he expects will pay him back for their seats on the High Court. Add to them Alito and Thomas, and boom, we might have the Court overturning the election.

Yesterday, Trump filed a lawsuit seeking to block the certification of the Pennsylvania election results. Variations of the word “fraud” appear in the lawsuit 33 times, mostly in the context of prosecutions related to other elections. The only suspected instances of voter fraud cited in the complaint occurred in two counties that voted for Trump: Fayette, where Trump is winning by a 34 point margin, and Luzerne, where his lead is 14 points. The case has been assigned to US District Judge Matthew Brann, a Barack Obama appointee.

More and more Republicans are throwing in with Trump’s stolen-election whine fest. Axios reported that more foreign leaders have called to congratulate Biden than have GOP Senators.

Secretary of State Mike Pompeo said perhaps jokingly? There “will be a smooth transition to a second Trump administration.” On Monday, Trump ordered senior government leaders to block cooperation with Biden’s transition team, escalating the standoff. That prompted the Biden team to consider legal action.

AG William Barr waded in to President Trump’s unfounded accusations of election irregularities by telling federal prosecutors that they were free to investigate “specific allegations” of voter fraud before the results of the presidential race are certified. Barr ignored the Justice Department’s longstanding (for 40 years) policies intended to keep law enforcement from affecting the outcome of an election.

This could become a battle about whether we remain a democratic republic. Trump supporters have already indicated what side of that battle they are on. So has the feckless Republican leadership. What can the Democrats do to prevent us from becoming an “illiberal democracy“?

Are they even aware that this is what may happen? Wrongo fears that the Dems are fighting the 20 year-old battle of Bush vs. Gore, not the current high-stakes battle for the soul of the nation.

This could fester for weeks, until the Electoral College meets on December 14. The damage could be incalculable.

With 30% of the US population believing in fairies and ghosts, is it much of a stretch to believe that these same people are also Republican? I think not…

I am unwilling to wholly abandon dependance on our institutions, but I know Wrongo to be insightful and sober. So this one shakes my reservoir of complacencies. Still, I suspect that Republican voices are mostly just stilled. That more foreign leaders than GOP Senators have called to congratulate Biden is not evidence of anything beyond their fear. Meanwhile, the courts have yet to give way to the onslaught of baseless suits. More important in the long run, in my view, many Trump supporters have swallowed their dislike of him because they believe their investment accounts will perform better with him in office. THAT is what concerns me beyond the immediate news of the day: the number of us who vote based on what is good for themselves and their immediate family, rather than the good of the wider community. Put me down as a Democrat BECAUSE I am a communitarian.