There are a few fine Republican governors out there. Vermont Governor Phil Scott is one. Earlier this week at a press conference, he spoke to the COVID skeptics, and to those who refuse to wear masks or follow Vermont’s social distancing mandates. Scott said that “they can do what they want”, but added:

“Don’t call it patriotic. Don’t pretend it’s about freedom. Because real patriots serve and sacrifice for all, whether they agree with them or not. Patriots also stand up and fight when our nation’s health and security is threatened. And right now, our country and way of life is being attacked by this virus — not the protections we put in place.”

Scott was recently re-elected by a wide margin by the voters in his very blue state. Bravo!

Could a campaign work that characterized those mask refusers as cowards who won’t stand up and fight, who won’t serve and sacrifice for the good of the country? Would it change a few minds? Nothing else has: not science, not facts, not cajoling, not even mandates. Maybe trying shame is overdue. On to cartoons. 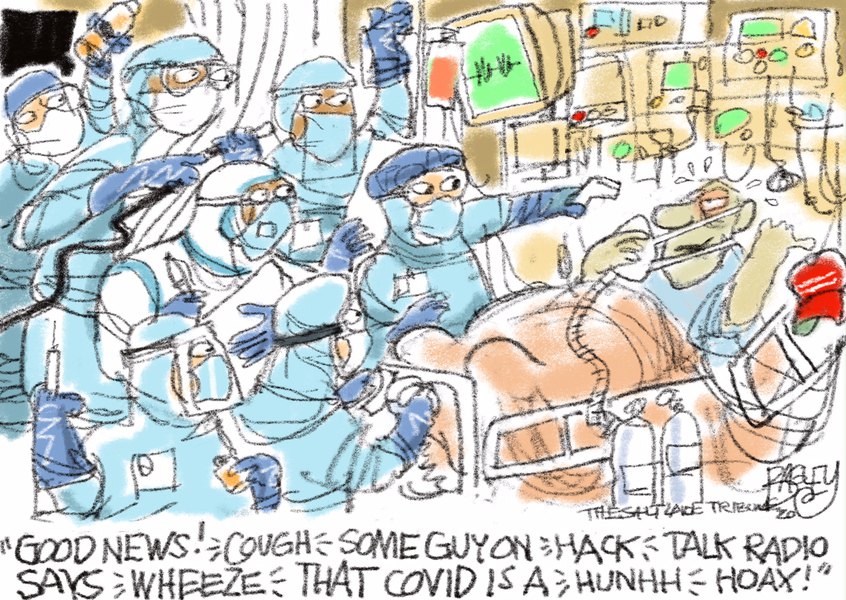 Keep it simple for The Donald. Just go away: 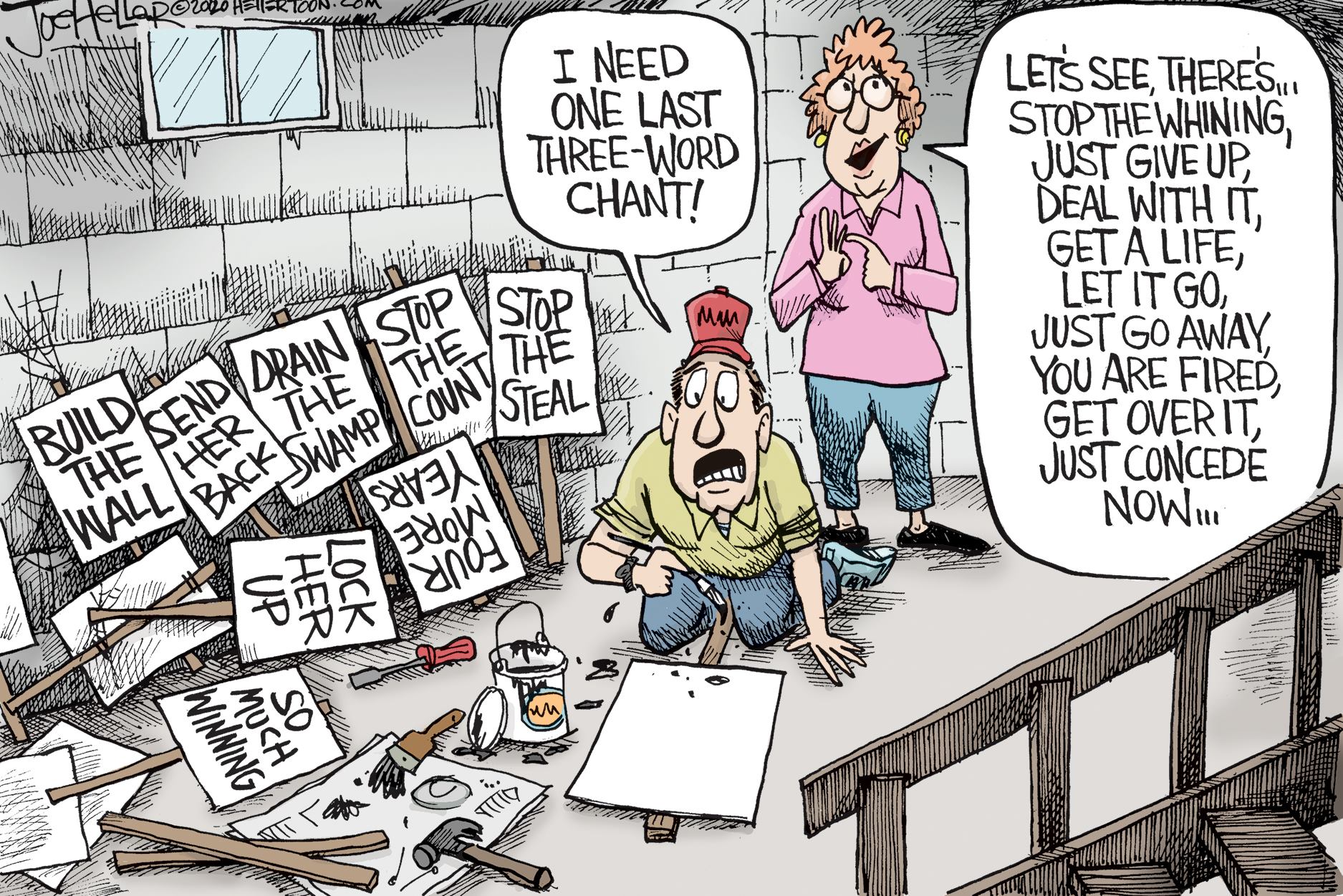 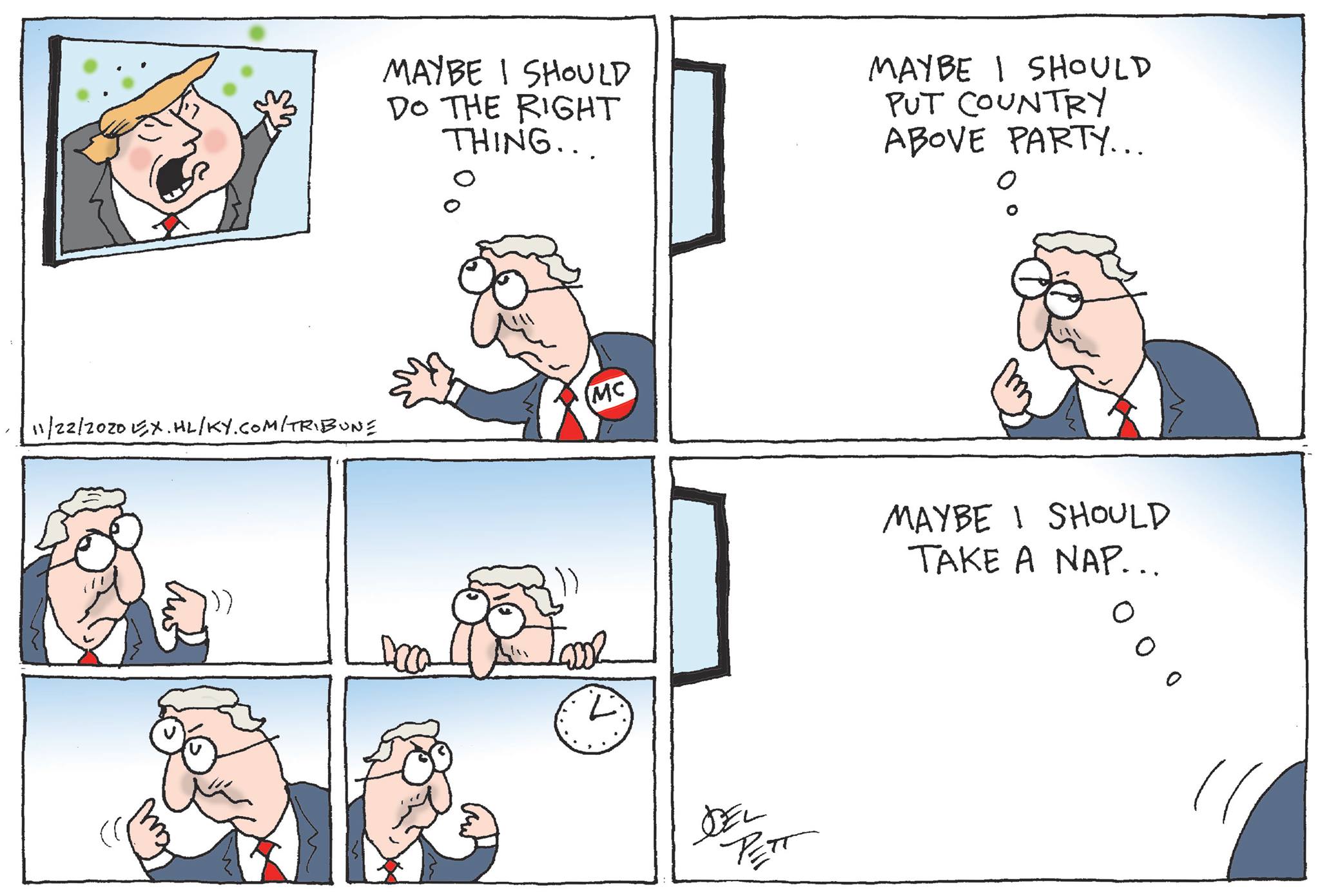 This certainly will happen: 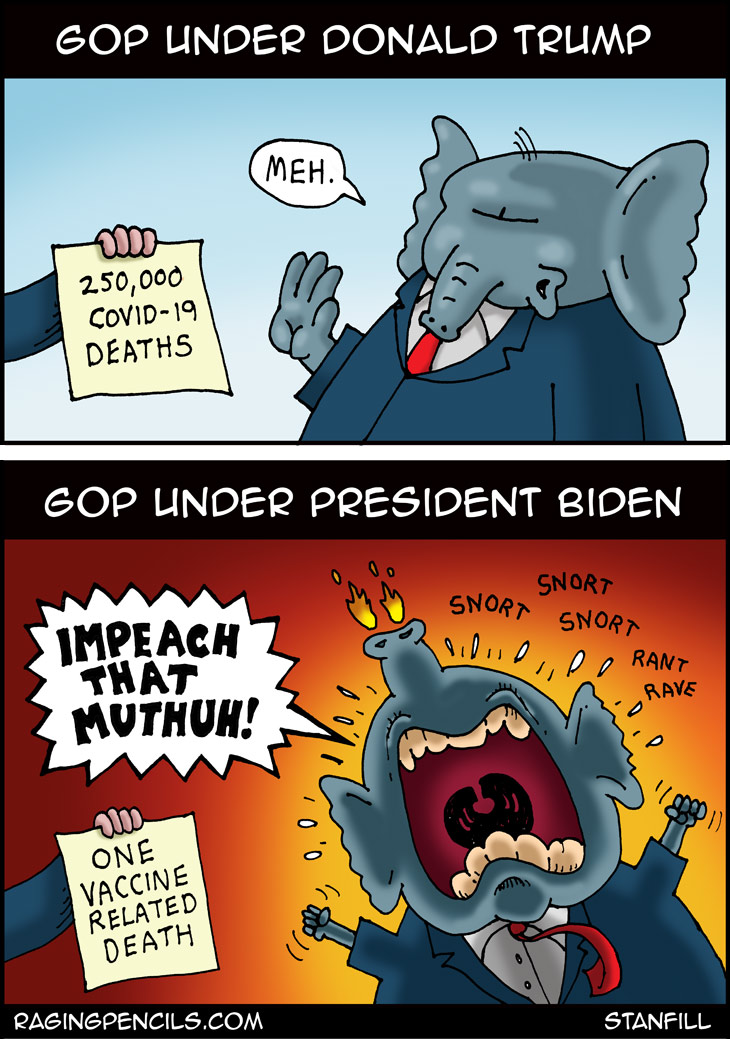 Even turkeys know how to beat COVID: 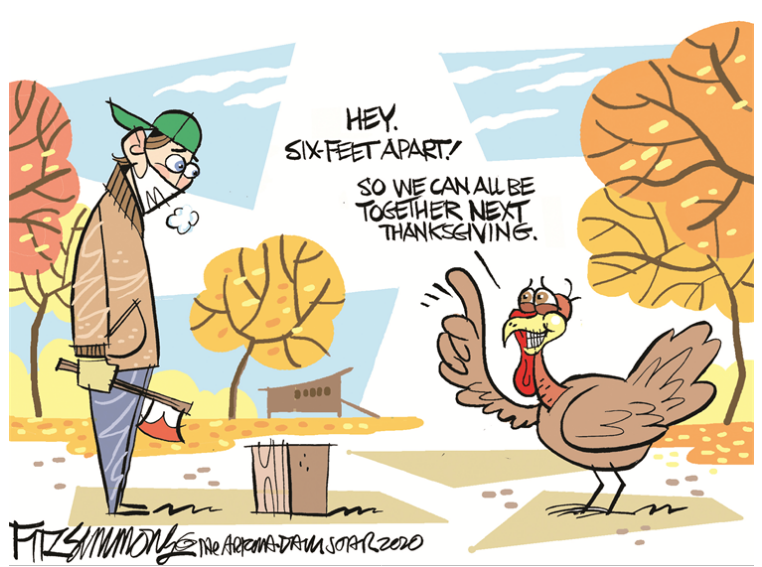