How about some good news for a change?

Flint Michigan may finally get some justice: Former governor Rick Snyder was charged with two misdemeanor counts of willful neglect of duty in his handling of Flint’s water crisis. Six others were also charged, including the former director of the Michigan Department of Health and Human Services and the state’s former chief medical executive. They were both charged with involuntary manslaughter related to the deaths of Michiganders.

Wrongo was delighted that Biden named Jaime Harrison as Chair of the DNC. His commitment to retail funds raising and voter turnout should help change the Democrat’s chances of winning in the southern states. Harrison has done what others haven’t — organizing and getting out the vote in marginalized communities, zip code by zip code. If Harrison can keep the Party’s energy high, we may have a chance to keep the majority and win more seats in both Houses in 2022.

Oh, and TRUMP’S PRESIDENCY IS OVER, very soon. On to cartoons.

The empty promises of the past four years: 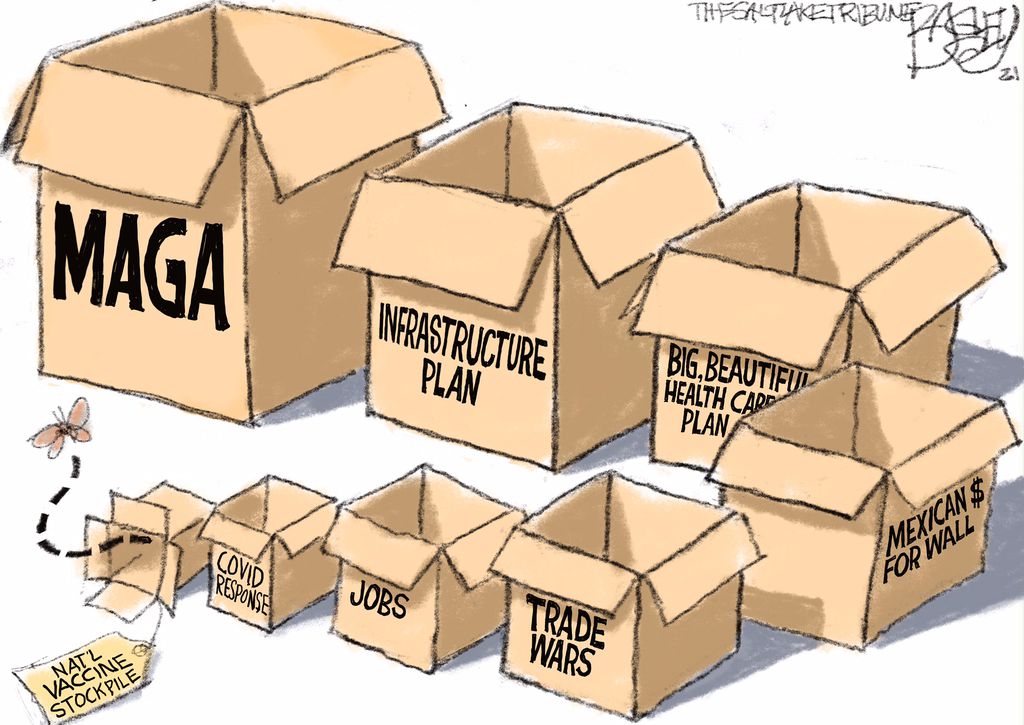 Members of Vanilla ISIS are being brought to justice: 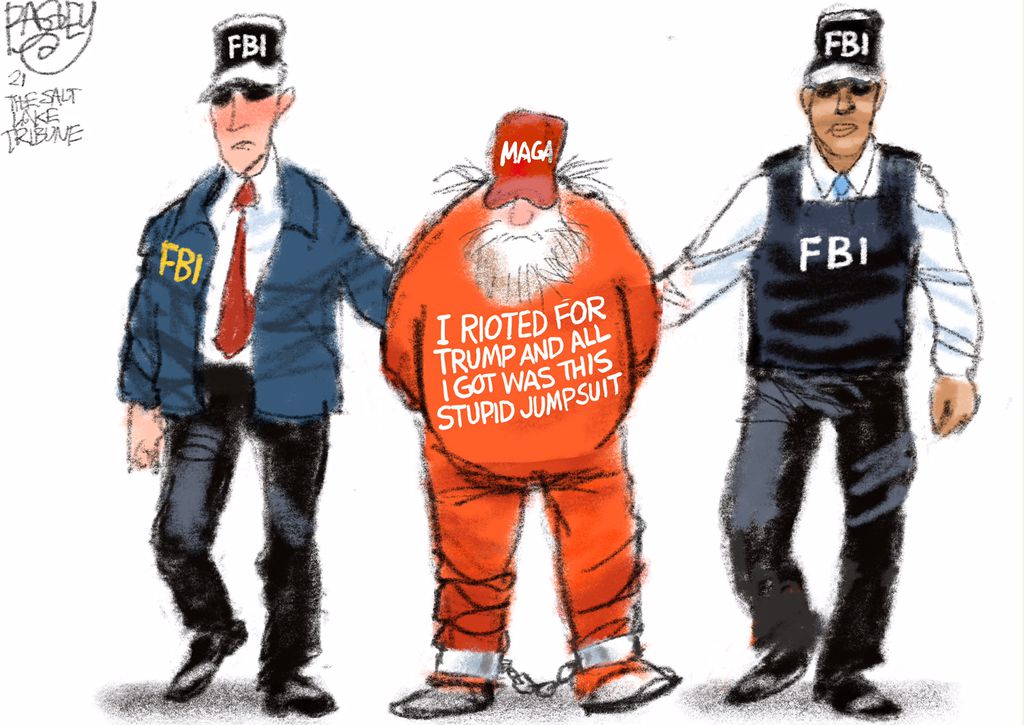 It shouldn’t be this way: 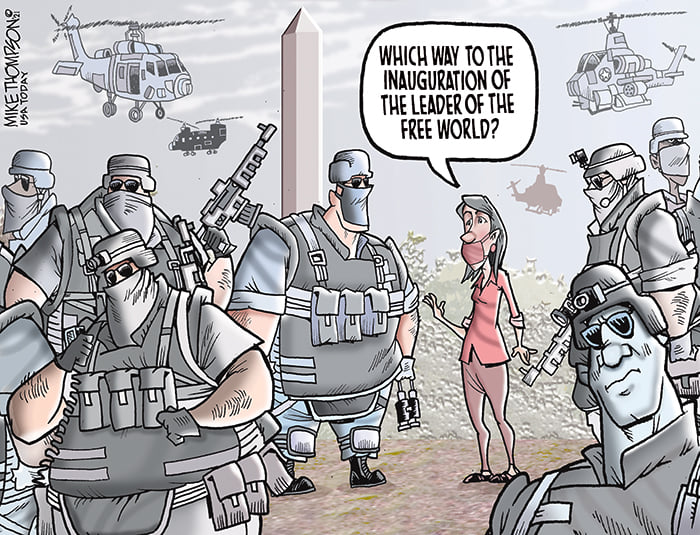 Even GOP Congresscritters were scared: 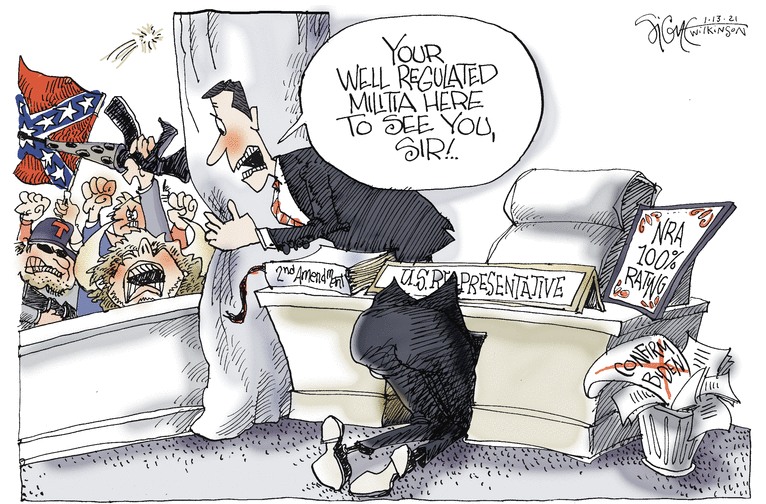 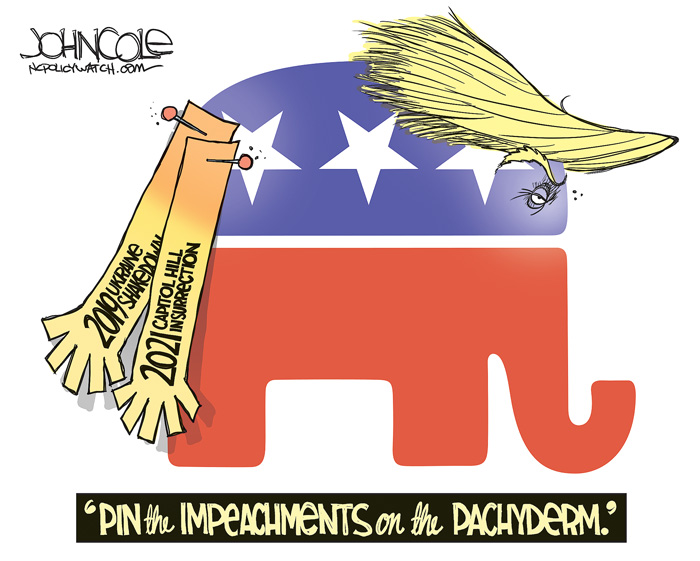 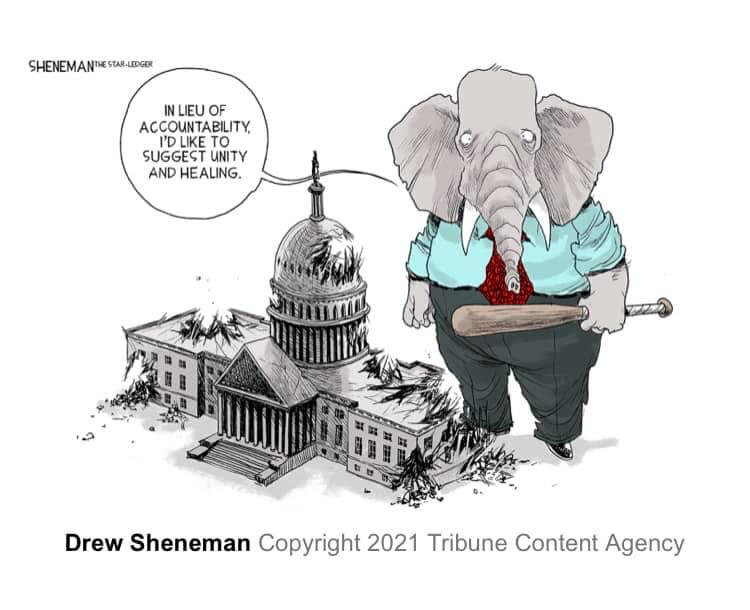 For me, the Flint water crisis stands out as a “what were they thinking” moment. And trust me, I know we in NJ take water from the Passaic River. But we take it above Paterson not below. And we even forced a building embargo upstream in Morris County for 2 decades as water treatment was improved. So when someone said that we will switch to taking water out of the Flint River – that should have forced much more serious soul searching than clearly occurred.

Regarding the well regulated militia cartoon: One of my pet peeves is the WORDING of the second amendment (as distinct from the amendment itself).

1. “the right to keep & bear arms shall not be infringed” implies that the right exists. If so, a) where is it written and b) why must there be an amendment to say that this right shall not be infringed? Why not just say that it is a right?
2. The right appears to be conditioned on the existence of a well regulated militia. Where is that militia, let alone a well- regulated one?
Second amendment experts (from both sides) will laugh at me, but I read what I read. So let them explain what’s wrong with my logic. Never mind speculative orginal intent.