Since Wednesday, there’s been a lot of talk about what to call what happened at the Capitol. Biden said the same day that: “It borders on sedition.” The Federal Criminal Code defines “seditious conspiracy” as an effort by two or more people:

Sure sounds like it was Sedition Wednesday in Washington DC. Geoffrey R. Stone, a legal scholar at the University of Chicago opined:

“Normally, it refers to speech that advocates action or beliefs that are designed to overthrow or undermine the lawful processes of government…”

So, let’s get them arrested, and tried ASAP.

A side note: What is truly difficult to fathom is that our Capitol was taken down in less than an hour by the folks from “Duck Dynasty.” DC is among the most policed cities in the world. There are 36 separate Law Enforcement Agencies in the District and yet, the takeover easily happened. On to cartoons. 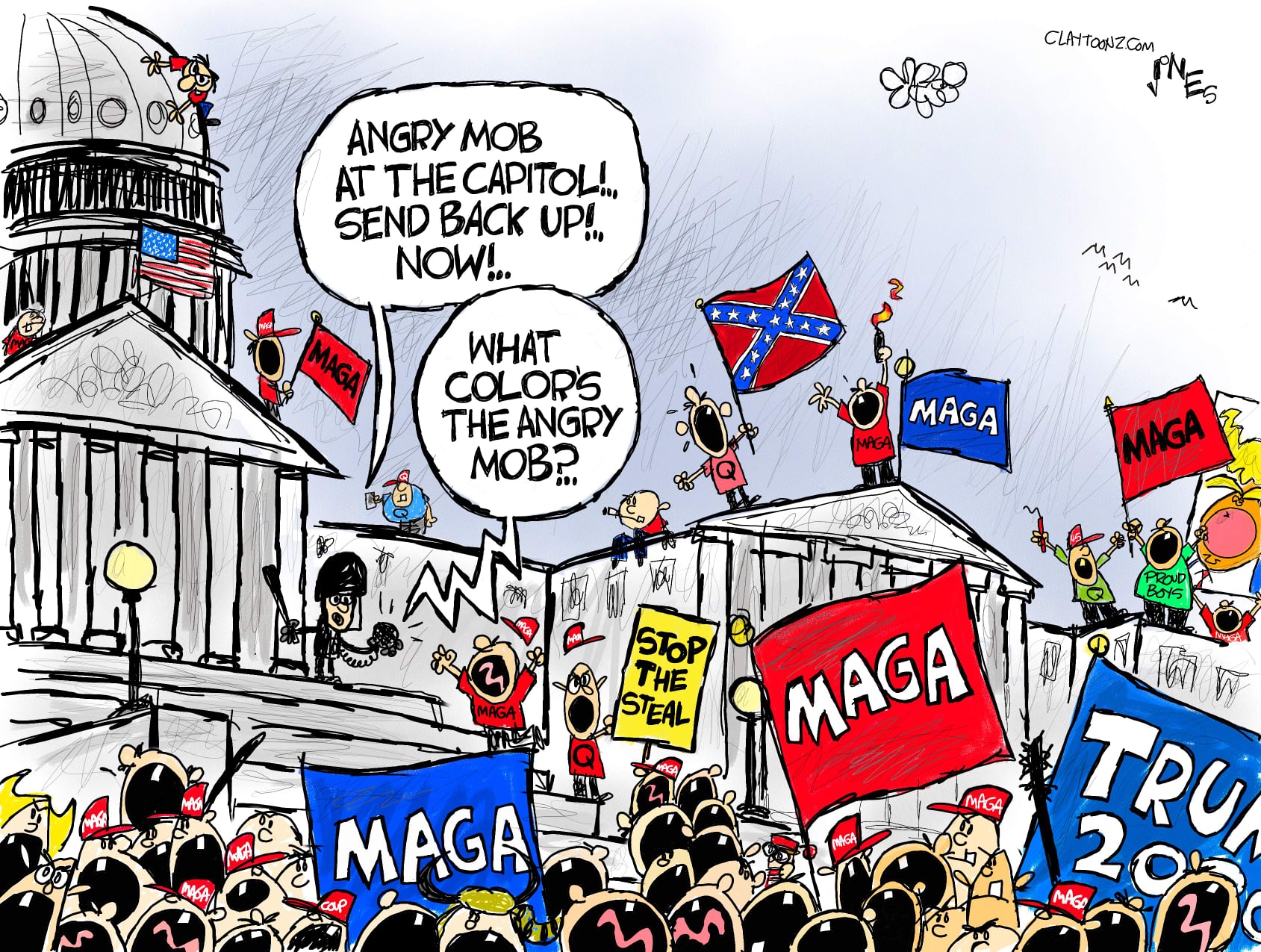 Here’s what I did. After it was done, I blamed Antifa: 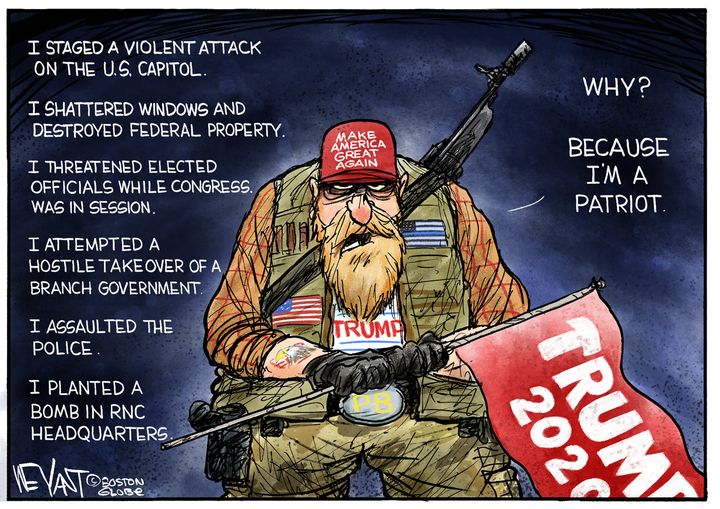 Pence paid for his brief moment of courage: 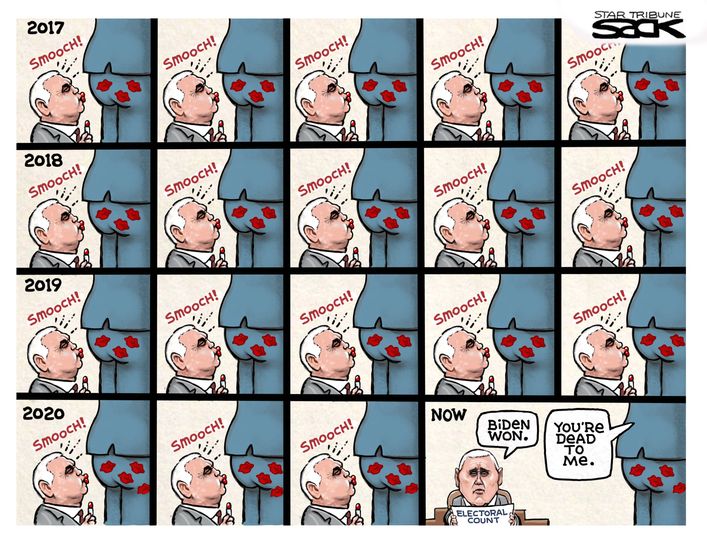 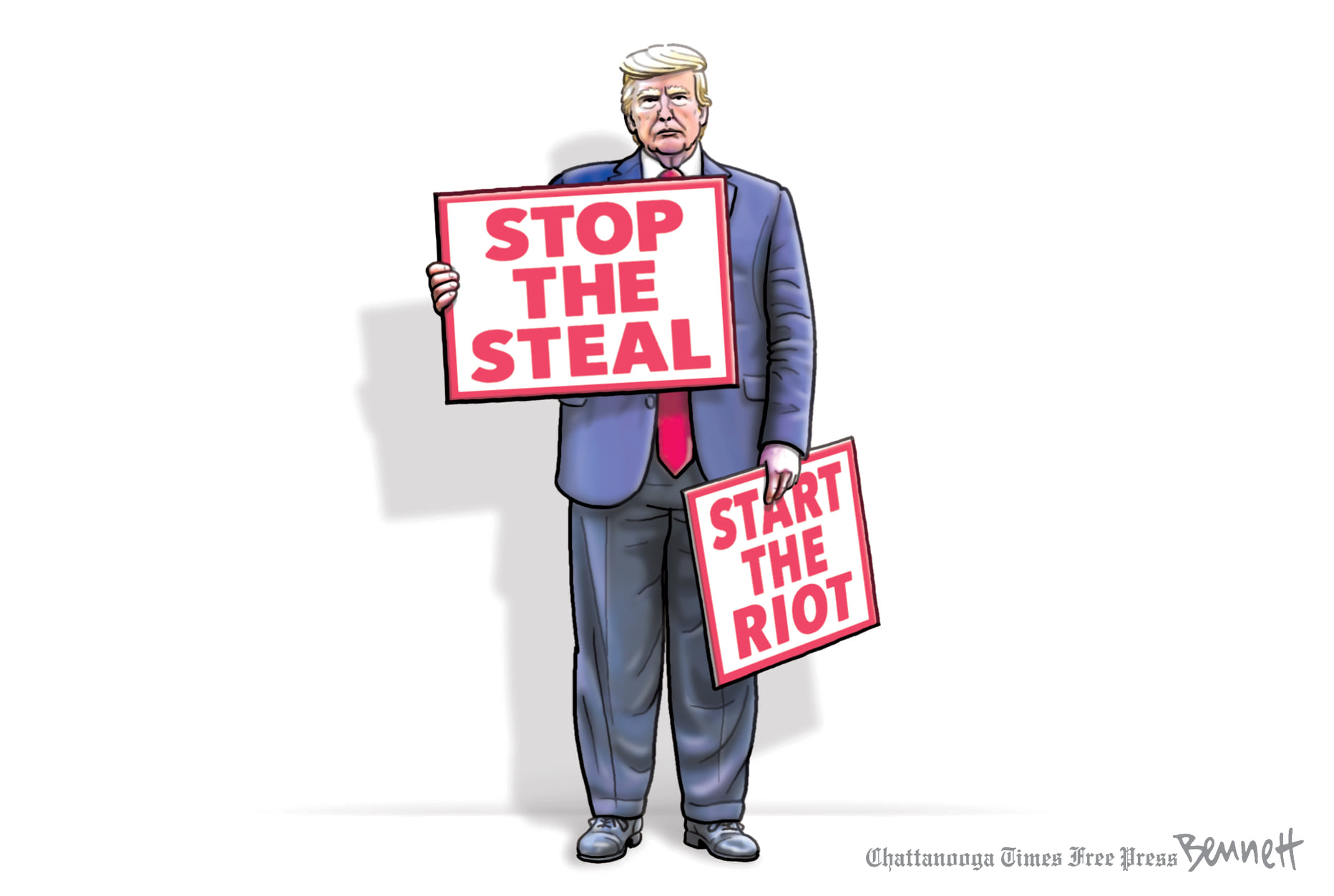 Stacy Abrams delivered for Biden and the Democrats: 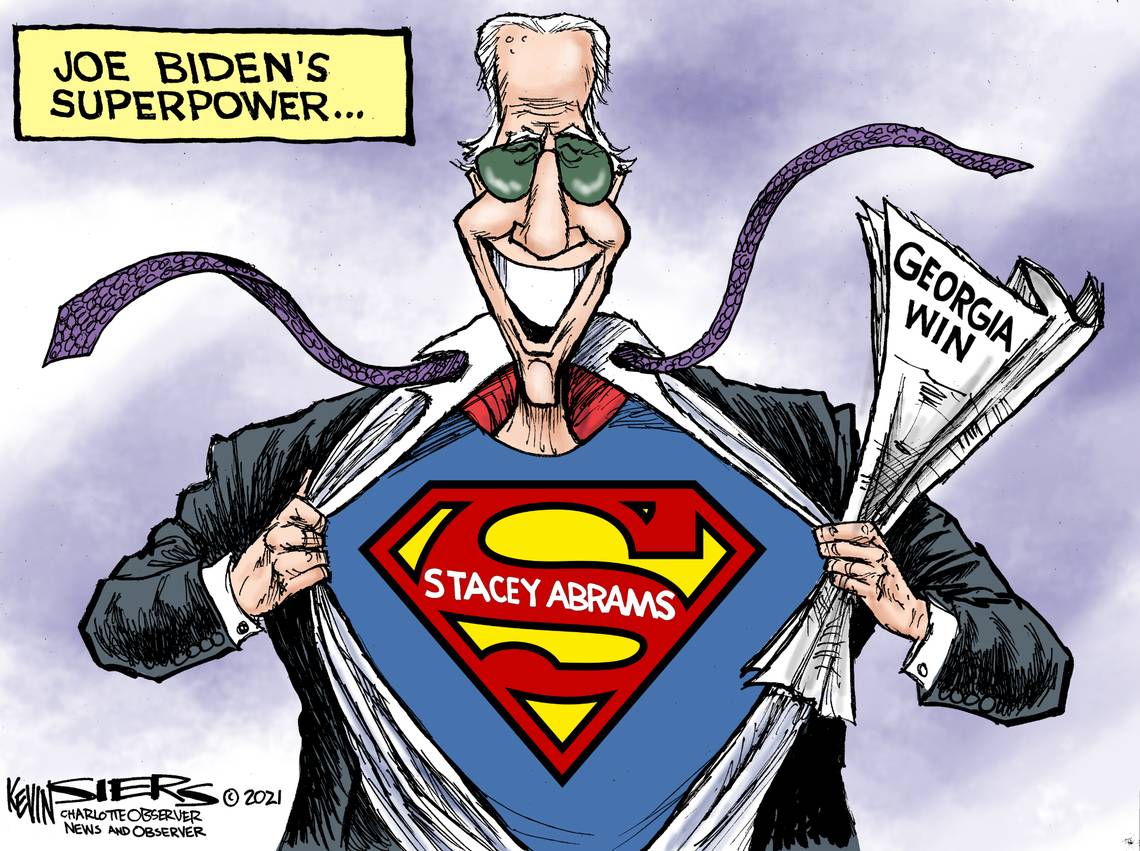 The Joker: A view of Trump from Mexico by Antonio Rodriguez Garcia: 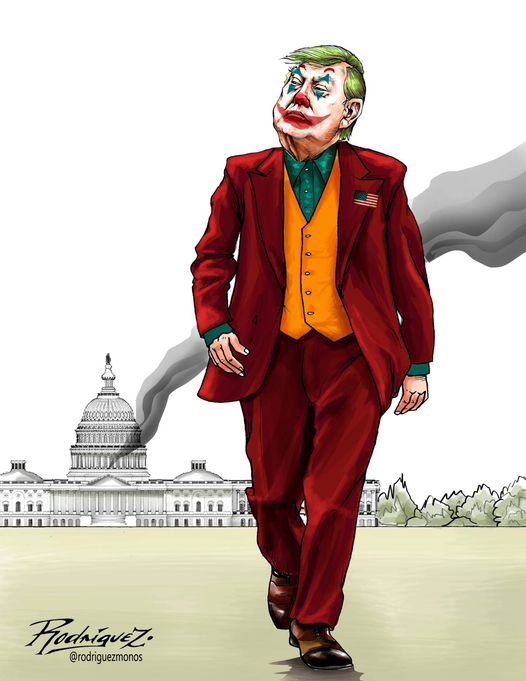