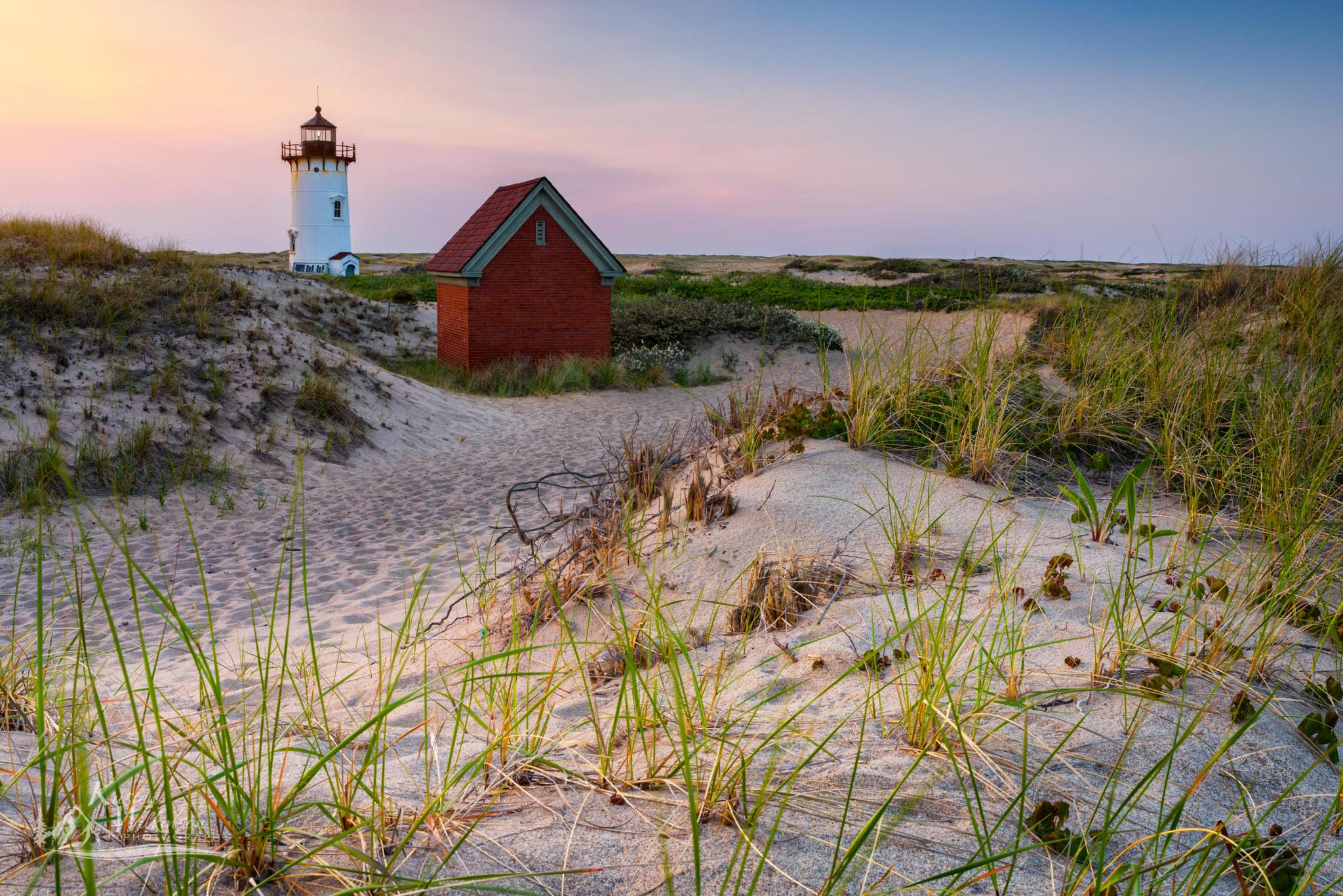 There’s a new Ipsos poll that asked the question: “Who do you think the true President is right now? Choose one”. (The choices were Joe Biden and Donald Trump).

Among all respondents, 75% said Biden, while 25% said Trump. So far, so good. Those saying that Trump is president broke down as Democrats 3%, Independents 22%, with 53% of Republicans answering that Trump is the actual President, not Biden. And that wasn’t all: 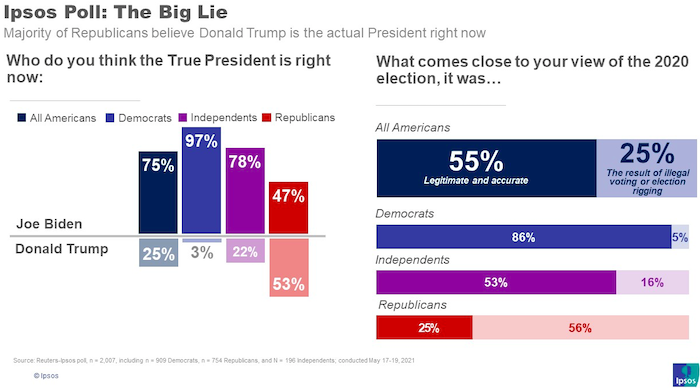 The question about whether the election was legitimate, or the result of illegal voting or election rigging, showed that Republicans believe the Big Lie, with 56% saying the 2020 election was illegitimate.

It doesn’t matter what the motives of the 53% of Republicans who say they believe Trump is really the president are. Maybe they believe what they’re saying, or they say it because they feel group (cult?) pressure to say it. The effect is the same. They are poisoning our democratic system, and they’re proud to be doing it.

Republicans throughout the country are saying that they need to restrict the vote to restore faith in the electoral system for their voters. But let’s not kid ourselves. The only way their faith will be restored is if Republicans “win.”

Does anyone remember polls of Democrats saying that Gore was the real president after the 2000 election, not GW Bush? There was plenty of complaining that Bush won through a corrupt legal process, because that’s what happened. The idea that Bush wasn’t actually the president would have been considered delusional. From Paul Campos:

“But today…a majority of the people who identify as members of one of the nation’s two major political parties are saying something that’s actually quite a bit crazier — that Donald Trump, who unlike Al Gore doesn’t have any factual basis for believing the election was stolen from him, is the true president RIGHT NOW — and we just have to shrug because that’s just something a lot of Real Americans happen to believe, just like they believe their guns protect them from the Government…and that global warming is a liberal myth…”

“What’s different this time is the acquiescence of Republican elites. The Big Lie about the election didn’t well up from the grass roots — it was promoted from above, initially by Trump himself, but what’s crucial is that almost no prominent Republican politicians have been willing to contradict his claims and many have rushed to back them up.”

The GOP’s party leaders have largely sworn allegiance to Trump and his movement, and they continue to propound the Big Lie. At the state level, they are moving quickly to restrict voting rights in as many locations as possible. And to help tie their program together, they are blocking attempts to investigate the coup on Jan 6th.

It is obvious that the GOP’s leaders are playing to the Republican base – fifty-six percent of whom think the election was stolen, and a majority of whom support the idea that “force may be necessary to save the American way of life.”

All this leaves America walking a tightrope over the abyss of authoritarianism. Any misstep and we could lose our democracy.

This is made all the more dangerous, of course, by the false sense of security Democrats are feeling now that Biden is in power. The Greenberg Research poll in late April focused on voter intensity levels in the states and Congressional Districts that will likely decide who controls Congress after 2022. It found 68% of Republican voters report the highest level of interest in the midterms, compared to just 57% of Democrats.

So, the fear of a Republican return to power in the Congress in 2022 is real. And will the GOP’s enthusiasm be matched in 2022 by Democratic voters rushing to the polls to show their gratitude to the Party for bringing back the economy and getting the vaccines distributed? Maybe.

Democrats need to realize sooner rather than later that it’s going to be hand-to-hand political combat for the foreseeable future and plan accordingly. No matter how much money you gave in 2020, you will need to give more in 2022.

Otherwise, if the Republicans are successful at overthrowing American democracy, there won’t be a next time. That’s it, game over. For a very long time, possibly for good.

So, the US Presidential election is a national election, correct? So looking from the outside in, I fail to see why the election rules are different in every state. The country should have the same rules for voting (and make them all as simple and accessible as possible) no matter where you live. Having a variety of methods, rules and restrictions opens the door to what you have now.