On Saturday, the NYT editorial board wrote about voting and vote counting. Read it if you have the time. The Times concludes that the House bill HR1 which will be taken up by the Senate later in June, is:

“…poorly matched to the moment…The legislation attempts to accomplish more than is currently feasible, while failing to address some of the clearest threats to democracy, especially the prospect that state officials will seek to overturn the will of voters.”

“Because there is little chance the bill will pass in its current form, Democrats face a clear choice. They can wage what might be a symbolic (and likely doomed) fight for all the changes they would like. Or they can confront the acute crisis at hand by crafting a more focused bill, perhaps more palatable for more senators, that aims squarely at ensuring that Americans can cast votes and that those votes are counted.”

The bill should also establish uniform rules for vote counting, vote certification, and challenges. It should also clarify Congress’s role in certifying the results of presidential elections to prevent the possibility that a future Congress would overturn a state’s popular vote. That would prevent another Jan. 6. HR-1 doesn’t address these issues.

The present situation has been years in the making with bad actions on both the part of states, and the US Supreme Court. Ultimately, SCOTUS will have the last word on voting rights laws. Democrats need to craft legislation that they believe passes the strictest Constitutional muster. On to cartoons:

The GOP is all about the air quotes: 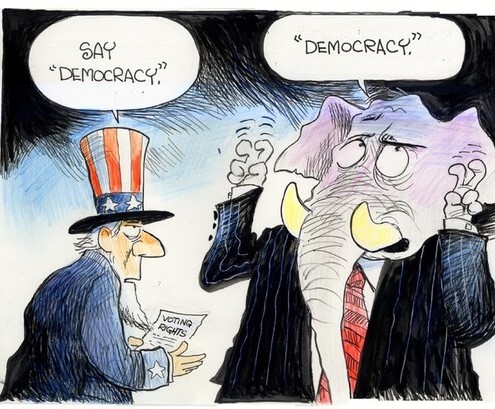 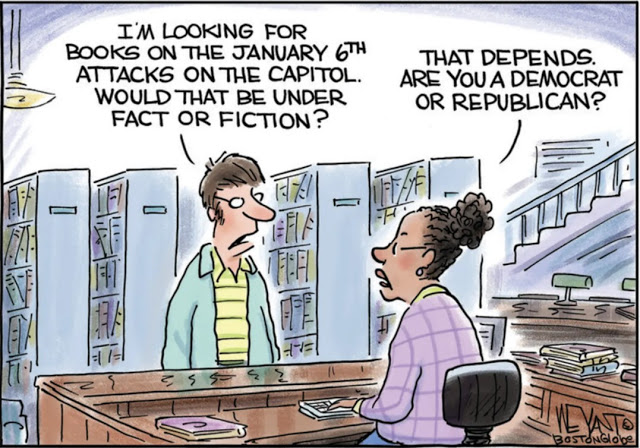 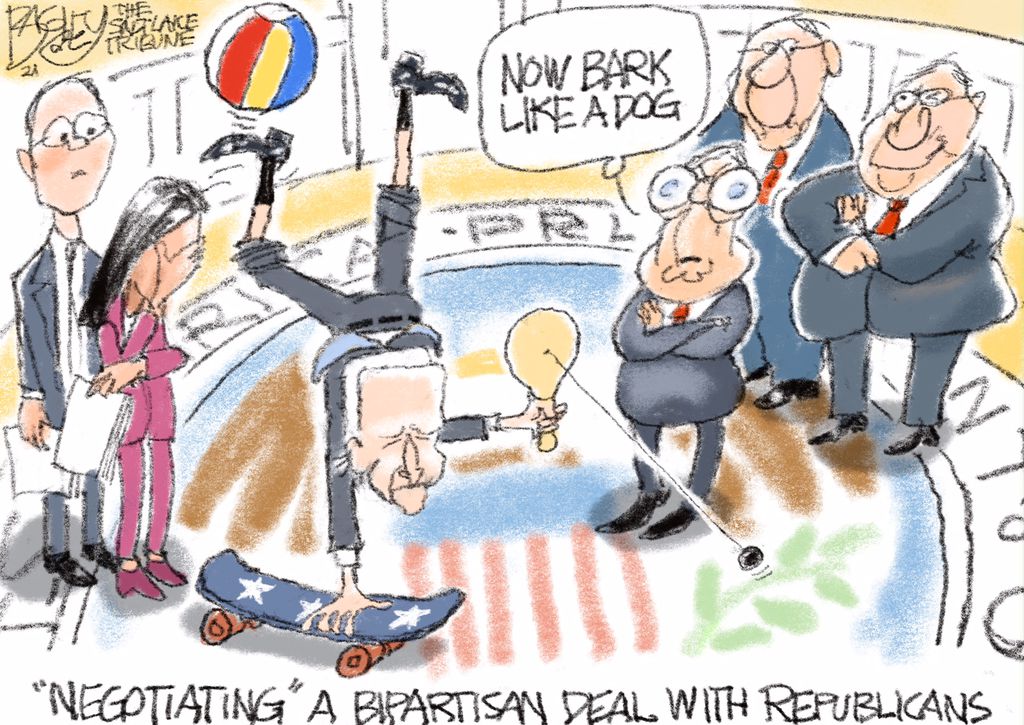 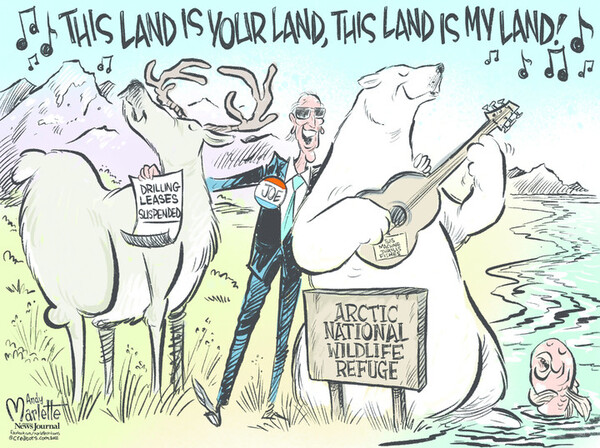 Why do Americans need incentives for vaccines? 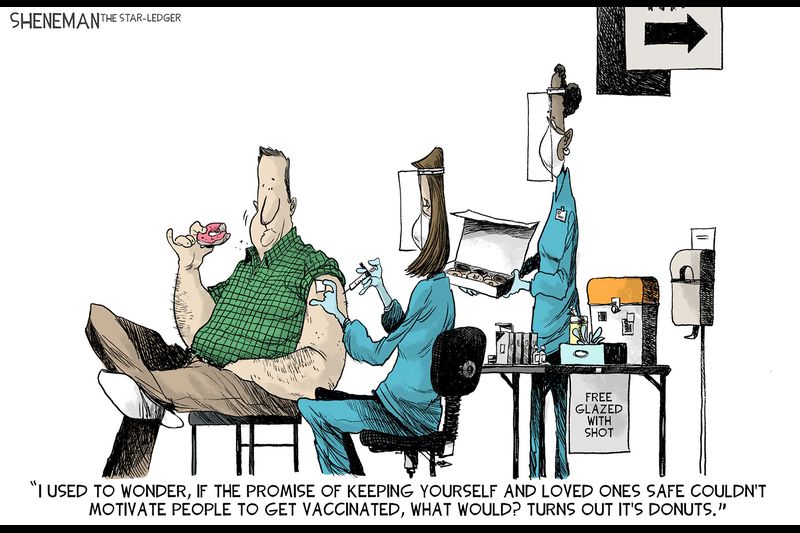 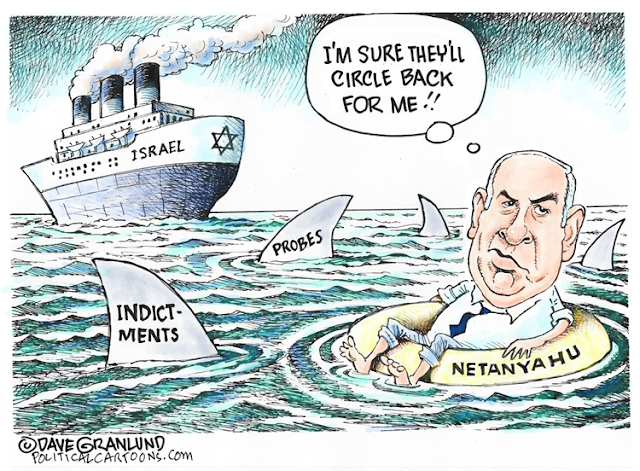