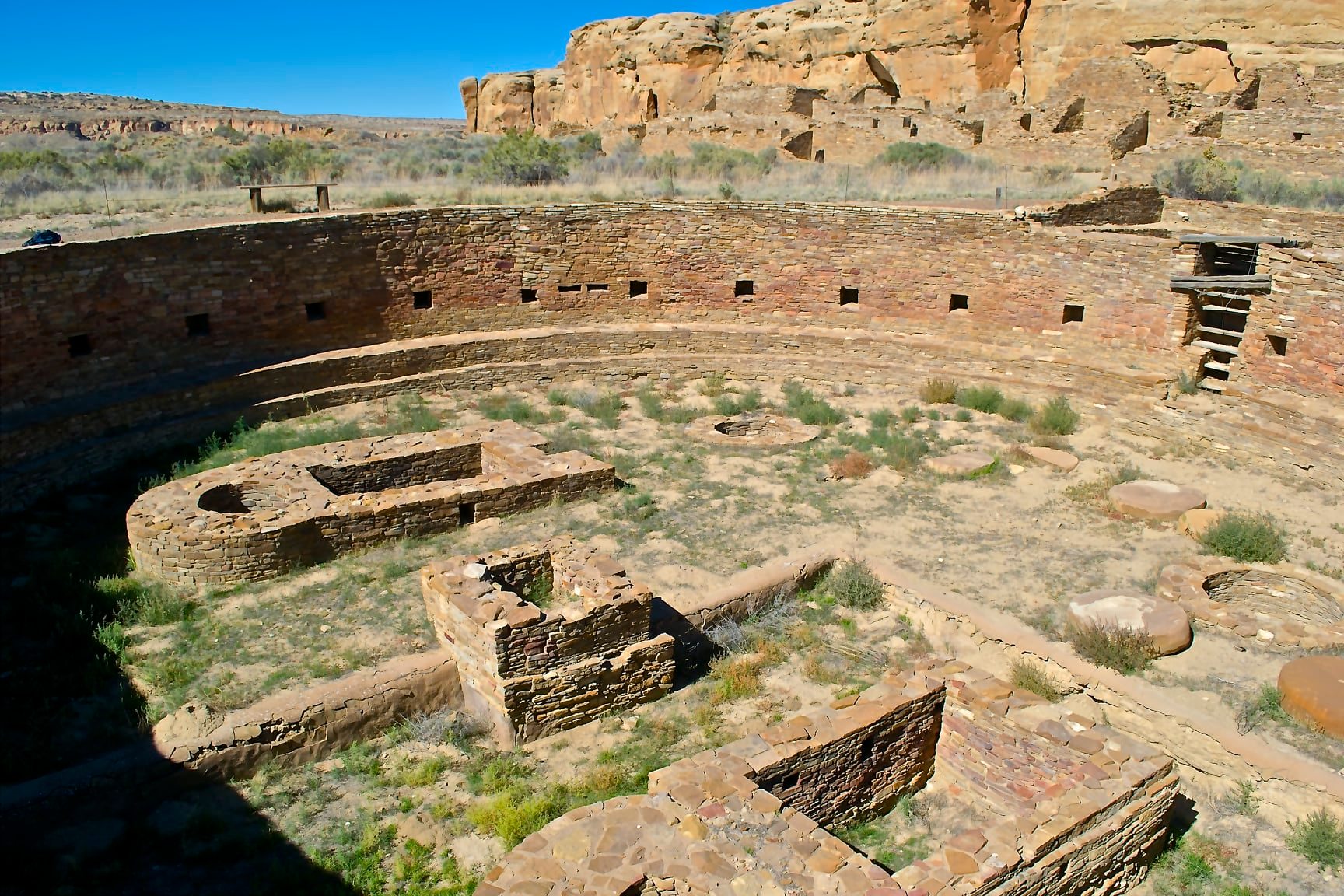 Every media outlet is talking about the latest inflation numbers. The NYT reported that the Consumer Price Index climbed to 7% for the year through December, and 5.5% after volatile prices such as food and fuel were stripped out. Sounds terrible, right?

Nobody likes higher prices. But remember that 12 month inflation rates (called year over year rates) are a look backward in time. And consumer prices increased 0.5% in December, lower than in the past several months. Month-to-month measures are more reflective of current conditions, although they bounce around more than year/year numbers. A half of one percent rise in December annualizes to a 6% inflation rate, less than the headline rate, if it remains at that level going forward.

Also, wholesale prices rose just 0.2% in December, the smallest increase in 13 months. So maybe inflation is starting to level off.

So, maybe this is a case of beware the headlines. Eric Boehlert says that US media can’t (or won’t) give people context for the current inflationary trend:

“Convinced that rising prices are the defining economic issue of the day — not huge job gains, record-setting GDP predictions, or boosted wages — the press continues to portray inflation as a uniquely American problem that’s hounding Democrats.”

Boehlert says that what’s missing from our inflation coverage is information that inflation is a global phenomenon, fueled by the pandemic. He cites the following articles:

Republicans claim that Biden’s agenda is responsible for inflation. The average person can be forgiven if they believe that Biden’s policies are the cause, but Biden didn’t cause inflation to jump in all of these other countries.

The Economist reports that since the pandemic, there has been a total of $10.8 trillion in worldwide fiscal stimulus, equivalent to 10% of global GDP. The result was that developed countries finally moved the needle on inflation, after they added money to their economies for nearly 15 years since the Great Recession.

So, while each item of the Consumer Price Index — cars, homes, energy and so on — has unique factors driving its prices, there’s an overall reality: The economy is recovering far more quickly than it normally does following a severe recession. But that recovery is uneven, showing up in some sectors as high prices. From The Grid’s Matthew Zeitlin:

“What really worries economists is not just inflation per se, but a situation, as in the 1970s, where prices are rising and the economy is otherwise stagnant, with little job growth or overall growth. This condition is called, naturally enough, ‘stagflation’.”

Zeitlin goes on to say:

“There’s clear evidence that stagflation is not the direction in which the economy is headed. The unemployment rate is down to 3.9%, and overall output is easily above its pre-Covid level…..it’s simply not the situation that the labor market is trending in the wrong direction.”

Zeitlin points out that the supply chain is also a culprit. Over the course of the pandemic, Americans shifted their consumption from services to goods, especially durable goods like furniture and cars. While services still amount for the bulk of US consumer spending, shifting the balance between goods and services can have large effects: 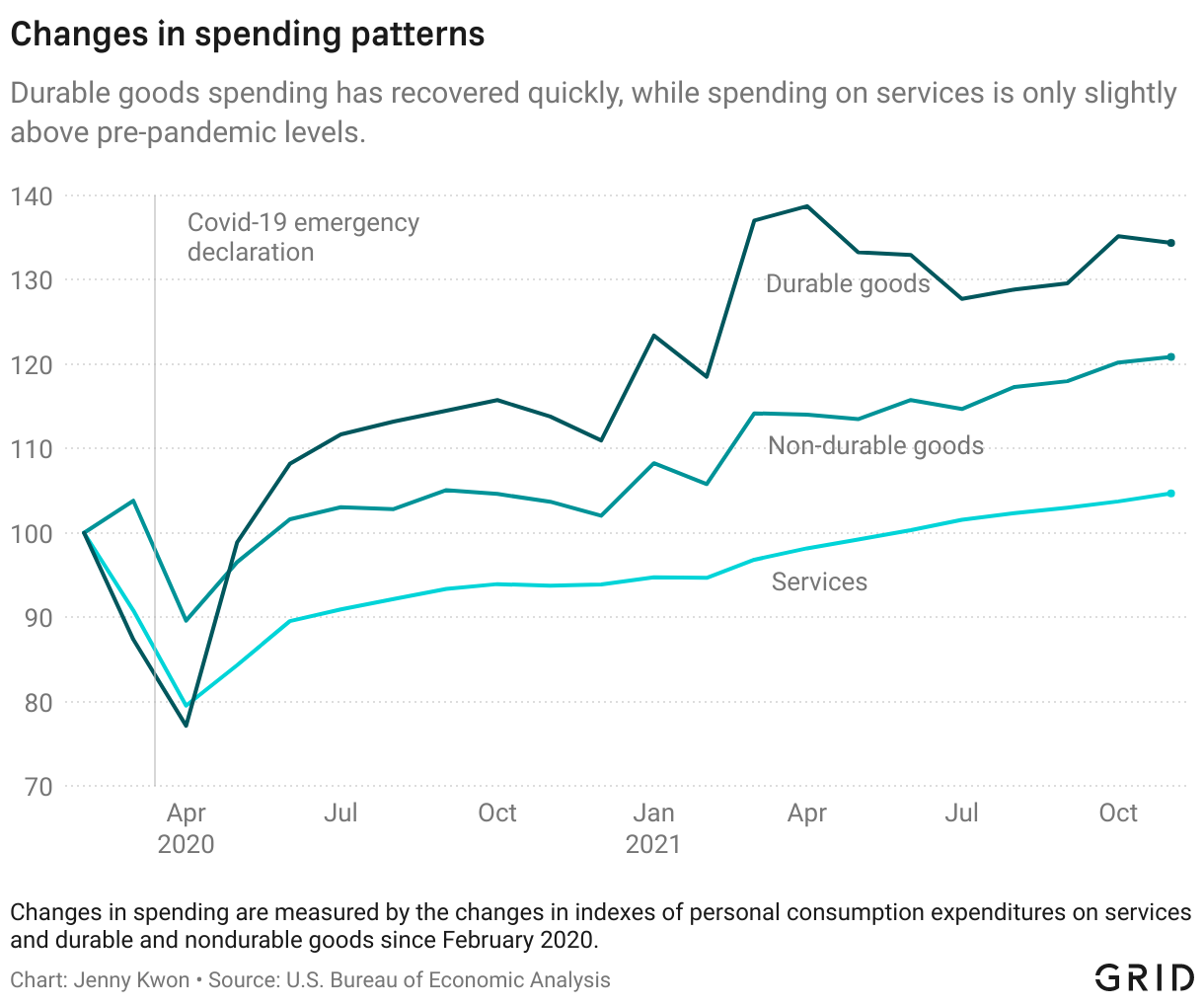 These changes in consumer spending have caused major stress at ports, and throughout the logistics system that moves goods around. This has raised the costs of everything that needs to be shipped.

China’s Zero Covid policy is creating severe lockdowns to keep the variant from spreading ahead of the Beijing Olympics next month. This raises the prospect of more disruptions for supply chains that are based there. China remains the largest supplier of goods to the US.

The Zero Covid policy has economic consequences: Delivery times for ocean shipments from China to the US stretched to a record 80 days in December, up 85% from 2019. This also impacts the cost of shipping a 40-foot container from Asia to the US West coast: It currently costs $14,572 this week, down from a peak of more than $20,000 in September. But that’s about a tenfold increase from two years ago.

The major question facing the Federal Reserve, as well as Biden, businesses and everyday consumers who have to make decisions, is how likely is increased inflation to persist? If the inflation problem is largely being driven by how consumers and businesses have had to adjust to Covid, then while it’s severe, it may be temporary.

Nobody likes or wants higher prices. Pent-up demand and abundant cash savings are part of what’s causing inflation. The other part of the problem is labor shortages, which are resulting in large wage increases for certain occupations.

The only way to stop prices from rising is for the Fed to reduce the money supply, raising rates until demand comes down far enough to match supply. The balancing act for the Fed is to tamp down price increases, while not causing a recession.

Whether the Fed can do that remains to be seen.