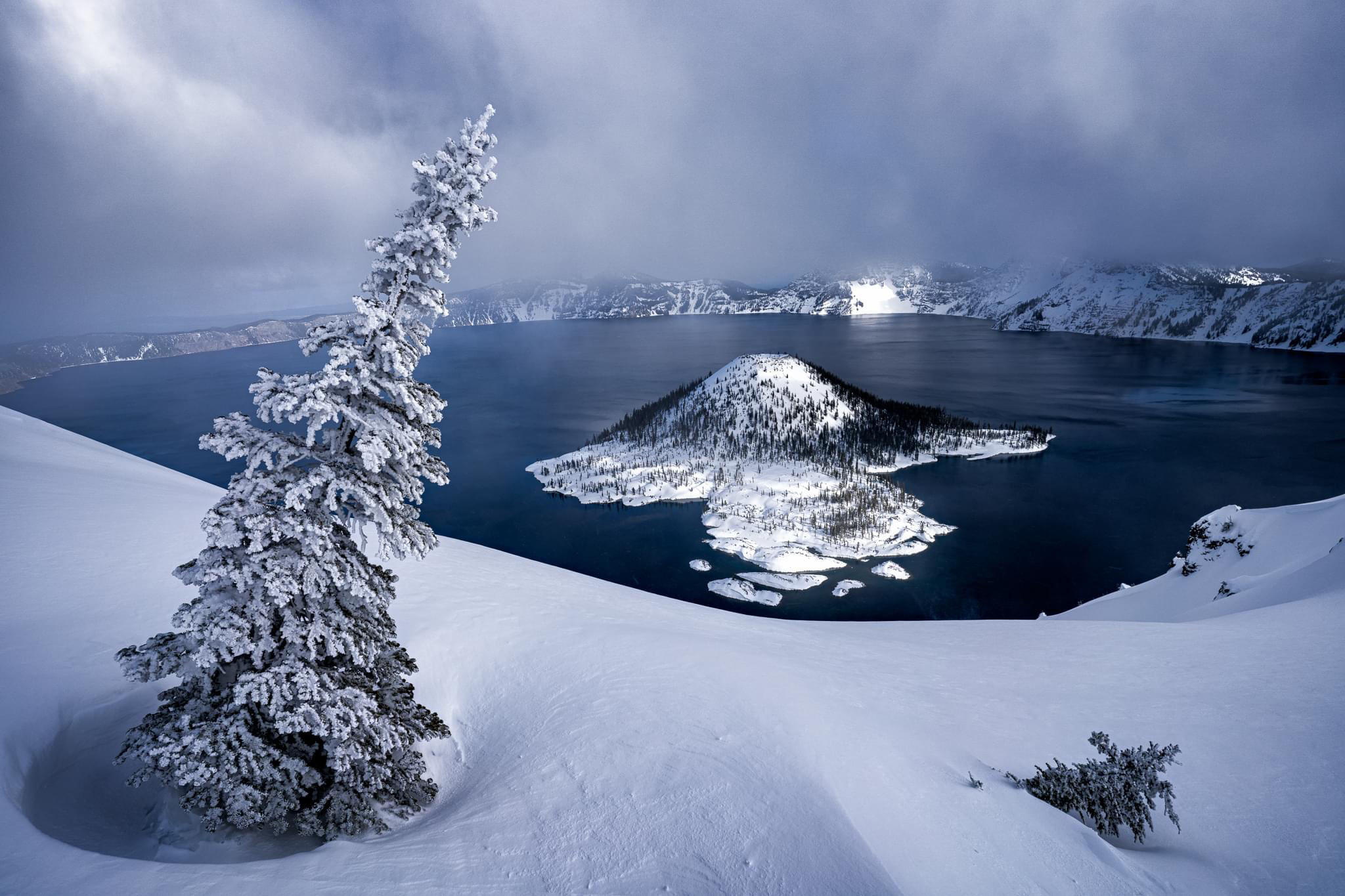 We need to talk about the economy. The underlying economic news is very good, but both the press and the Republicans say it’s bad, while Democrats say very little.

There are three things being discussed. First, inflation is terrible. This is a key Republican talking point about how Biden is failing the country. Second, jobs are going begging in what journalists have dubbed “The Great Resignation”. This is supposedly the fault of giving too much in unemployment benefits, allowing people to stay home rather than work. Third, if the economy is so great, why isn’t employment growing faster?

That last blue bar is the strongest jobs growth in history. During 2021, the US created more than 6 million jobs, the most since records began in 1939.

That means Biden has just managed a year of stunning jobs growth, but consumers were constantly fed headlines about “disappointing” jobs reports, because the initial reports rarely align with skewed “expectations” by economists and pundits. Explaining this should be fairly easy, but the press can’t seem to get it across to the American people.

In addition, wages have been moving up across the board: 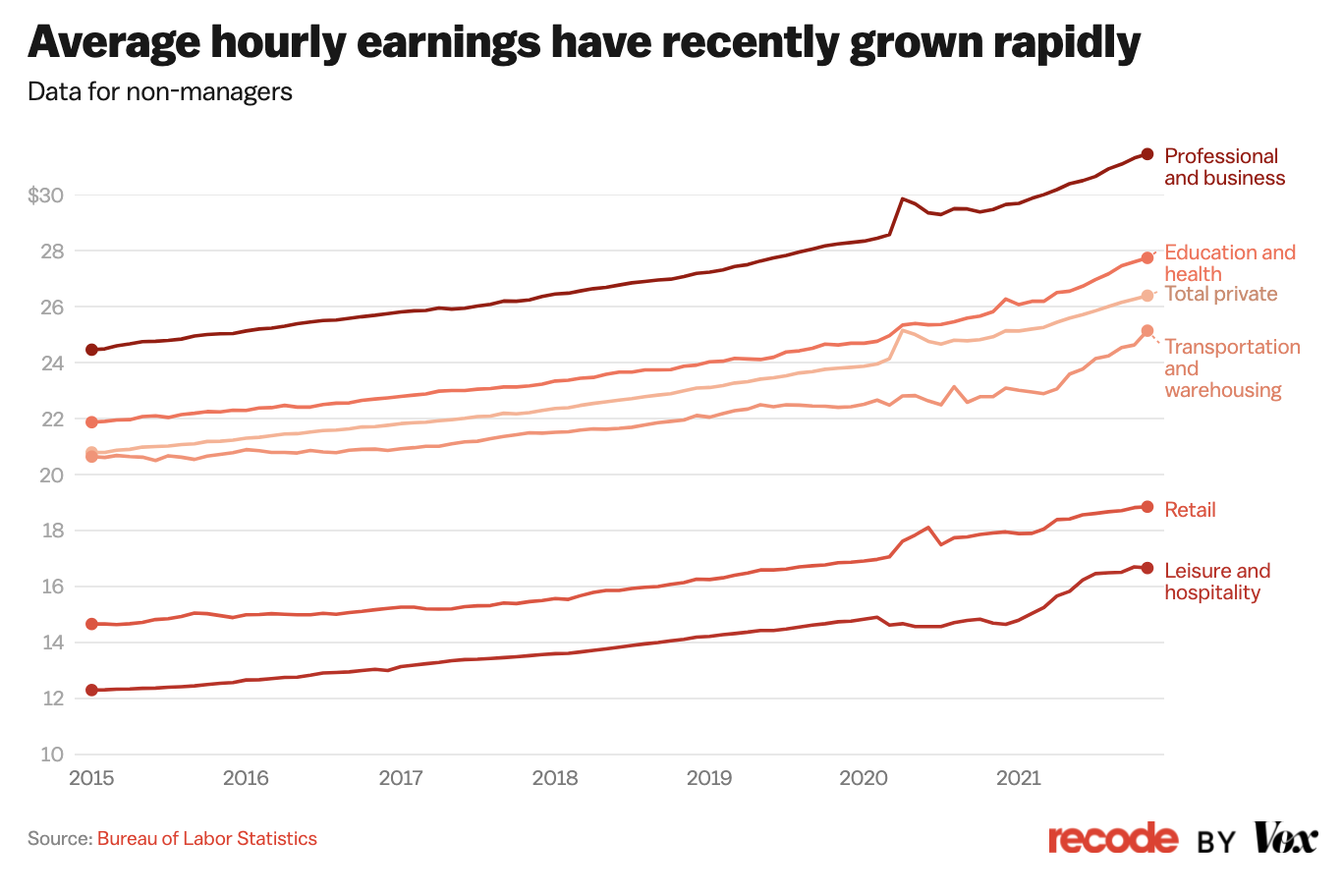 In December, average hourly earnings for Production and Non-supervisory Personnel rose $0.12 to $26.61, which is a 5.8% year over year gain. This shows that American workers are finally building some economic power. People have choices right now. After years of worker insecurity in the wake of the financial crisis followed by the pandemic, they have options. Jobs are going unfilled, while virtually no one is getting laid off.

The unemployment rate has now fallen close to a 50 year low, at a level exceeded only by one month in 2000, and during 2018-19. The economic result of this is visible on the graph above.

While employment is continuing to be strong, we’re still lagging in terms of filling job openings created by pandemic losses. America must gain an additional 3.6 million jobs in order to equal the number of employees in February 2020, just before the pandemic hit. At the current average jobs growth rate for the past 6 months, that should take about 7 more months to reach the pre-pandemic employment level.

Economists are tying themselves in knots trying to figure out why more Americans aren’t going back to work. Some of those reasons are understandable: Fears about health, caring for someone who’s sick, and lack of childcare. But there’s a big reason that isn’t talked about. Employment has declined in the last year among workers who were 55 or older at the start of the pandemic. A WaPo analysis found that over 1.5 million more people were retired in November 2021 than would have been expected based on pre-pandemic trends. That would help explain the employment story if the mainstream media would look at the big picture instead of dutifully following Right-wing propaganda.

Turning to inflation, the WaPo says:

“The US economic recovery from the Covid pandemic was the strongest of any of the big Western economies…The Biden stimulus pushed the bank accounts of even the lowest-income Americans to unexpected heights. On average, they had more than twice as much in their savings accounts as they did when the pandemic began.

The Federal Reserve…helped, too. It held rates near zero and pumped hundreds of billions of dollars into the economy. The twin fire hoses of cash — one from Congress, one from the Fed — sent Americans’ spending roaring back.”

Bloomberg reports that manufacturing companies are saying their supply chains are performing a little better. Their message seems to be that things aren’t worsening.

While oil prices get the most attention, the ISM surveys show manufacturers say the cost of more commodities are falling. In December, there were eight commodities that were identified as falling in price. In November, it was four. In October, just one (wood).

It also showed that Respondents were more optimistic about their future wage and income growth, as well as their ability to hold a job or find a new one.

One big question for Republicans is what will they pivot to if inflation actually slows down?

A larger question is why the Democrats and the press can’t explain good news when it happens?

A NY life (where I just recently retired) we have seen both early retirements, particularly of women. We have also seen our underwriters poached by others. One newish insurer, Ladder Life made generous offers to a bunch of our folks and so we lost many. So much so that, as my retirement starts, I have been asked if I wanted to come back as a temp – so said yes (3 days per week, not the usual 50 hours).

I have trained 5 senior underwriters for a specialized task last fall and when the training was over, two resigned for jobs elsewhere.

I wanted to add this – based on my experience. Large offices, or office buildings create an opportunity for all manner of services, from barbers and dry cleaners, to shoe shine men, hot dog vendors, and even retail to serve the workers. All of that has been crippled by COVID.

But how to track that is a problem. The economist estimates based on generalities but COVID has changed the numbers in ways not easy to track without doing actual macro-economic surveys.