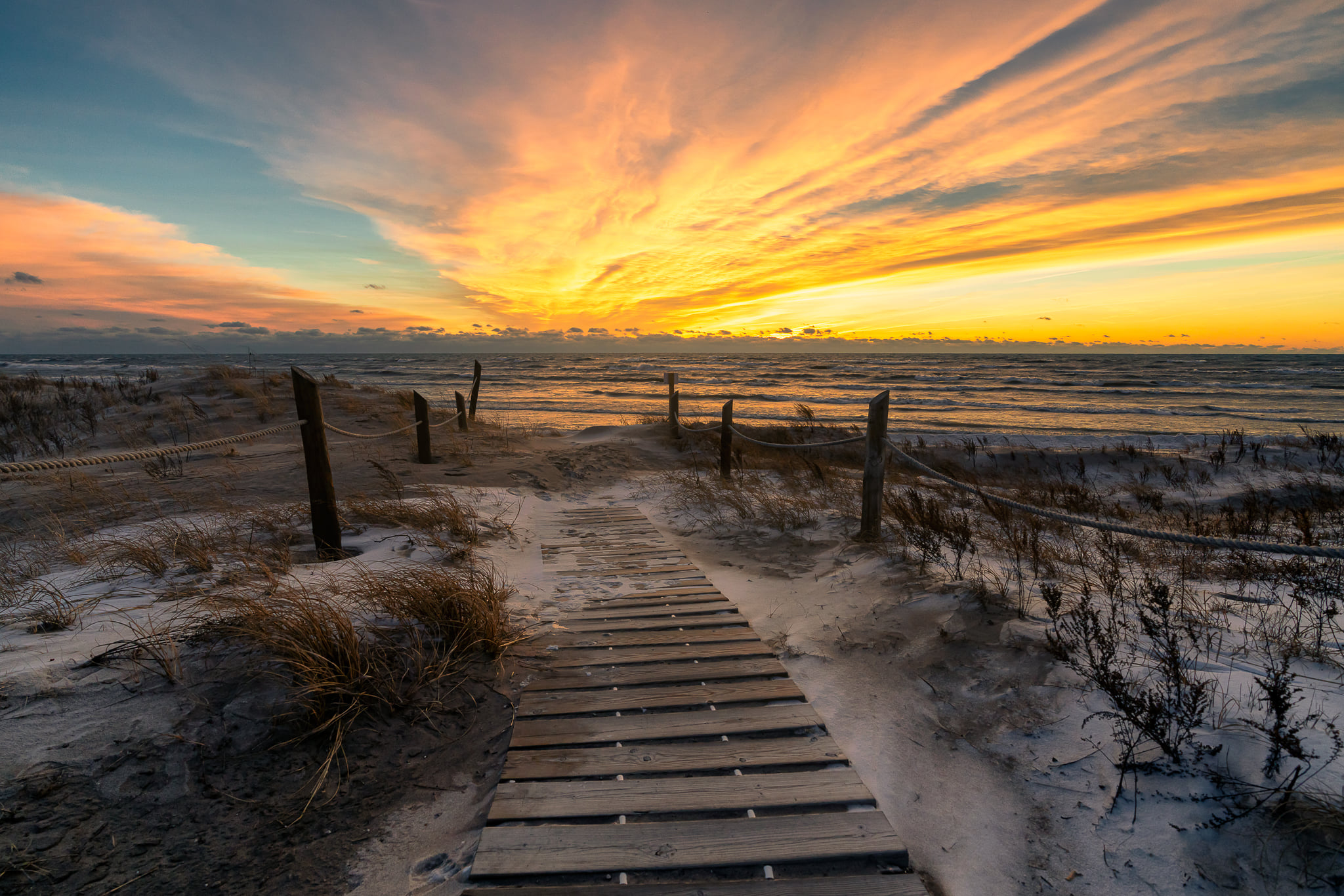 Wrongo rarely delves into religion, but since Pope Francis had comments on the slowing global population growth, Wrongo has thoughts. From the Guardian:

“In a move likely to raise the hackles of millions of cats, dogs and their human cohabitees, Pope Francis has suggested that couples who prefer pets to children are selfish.”

The Pope said that owning a pet instead of having kids meant that:

“…civilization grows old without humanity because we lose the richness of fatherhood and motherhood, and it is the country that suffers”.

Ouch. As someone who has had both children and dogs, Wrongo knows that taking care of a pet is far from selfish. As Bloomberg’s Lara Williams said:

“…the Pope could do better than to rhetorically kick puppies. There are solid economic reasons for the decline of birthrates across the world, and they need addressing.”

This isn’t a new trend. Despite optimistic predictions for a post-pandemic baby boom, last year, the US recorded the lowest rate of population growth since we began gathering data. In the year from July 2020 to July 2021, only 392,665 people were added to the US population. That’s about a tenth of one percent growth. It’s also the first time since 1937 that the population grew by fewer than 1 million people. 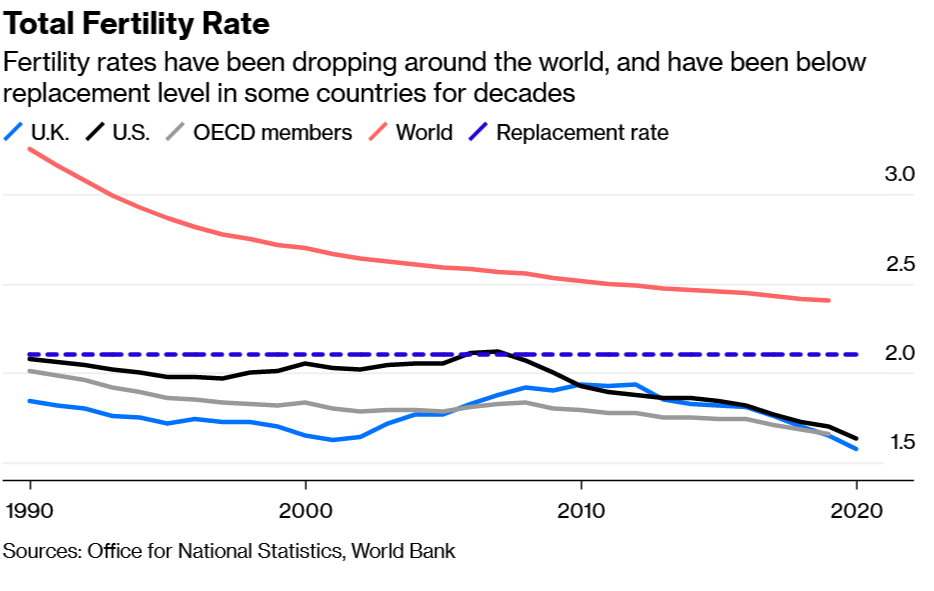 But the falling birth rate is concerning. According to the US Census Bureau the proportion of married couple households with children fell from 40% in 1970 to 20% in 2012. While seven in 10 households included a pet.

So why are people delaying having children? A Morning Consult survey revealed that, no surprise, money is the top reason for millennials being childless, followed by the other key ingredient to starting a family: a willing and appropriate partner. The poll showed that 38% of millennials say that children are too expensive, while 33% of millennials said they hadn’t found a suitable partner.

Millennials face more economic hurdles than the older generations: high levels of student debt, stratospheric real estate prices and career instability all have been exacerbated by the pandemic. The recent rise in inflation also makes the cost of living, and thus the costs of raising a child, more expensive.

Here’s the comparison of the average cost of raising a child versus owning a dog. Pets are way cheaper: 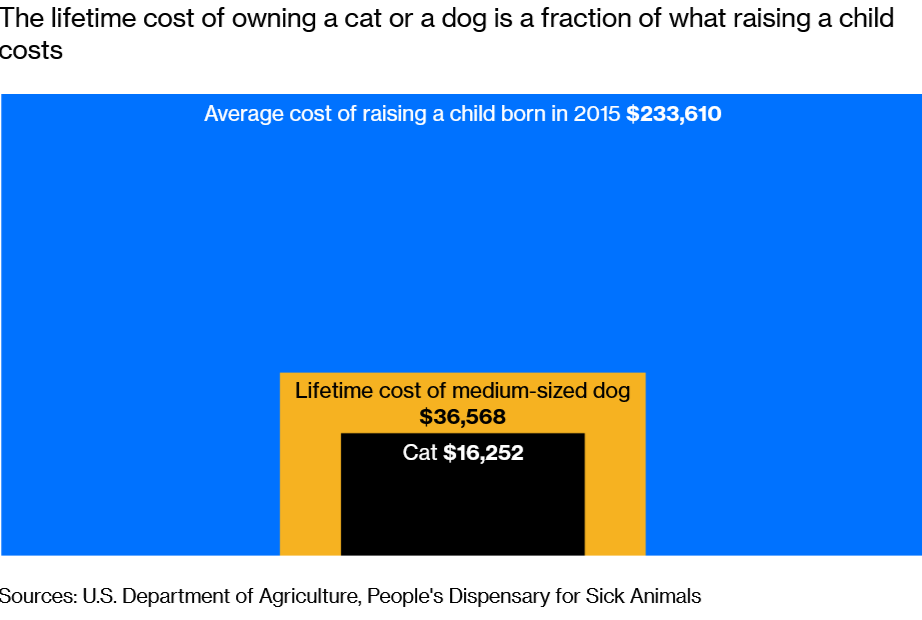 This shows that pets aren’t cheap, but they’re far less expensive than having a child. The lifetime cost of a dog is just 15.6% of the cost of a baby. Cats are cheaper, but that isn’t necessarily a reason to choose to have one in your life.

The cost differential makes it clear why millennials might not feel financially secure enough to bring a child into the world, while the financial costs of adopting a pet is much more achievable. A few things to remember:

The Pope shouldn’t weigh in on the intensely personal decision about whether to have a child, any more than parents, or family friends should. And the Pope shouldn’t be condemning the childless pet owners of the world as selfish when people are simply struggling to make good life choices.

He, along with politicians, should be committed to doing more to tackle the underlying reasons why the people who might want children feel that they have to delay it.

Time to wake up, Pope Francis! How many times does the Roman Catholic Church need to hear that they should stay out of people’s bedrooms?

To help him wake up, let’s all listen to Billy Bragg perform “Ten Mysterious Photos That Can’t Be Explained‘ from his 2021 album, “The Million Things That Never Happened”. In the 1980’s, Bragg was described by Rolling Stone as “a contemporary, urban British folksinger”. Still true today:

But you know that you can’t overdose on The Wrongologist!