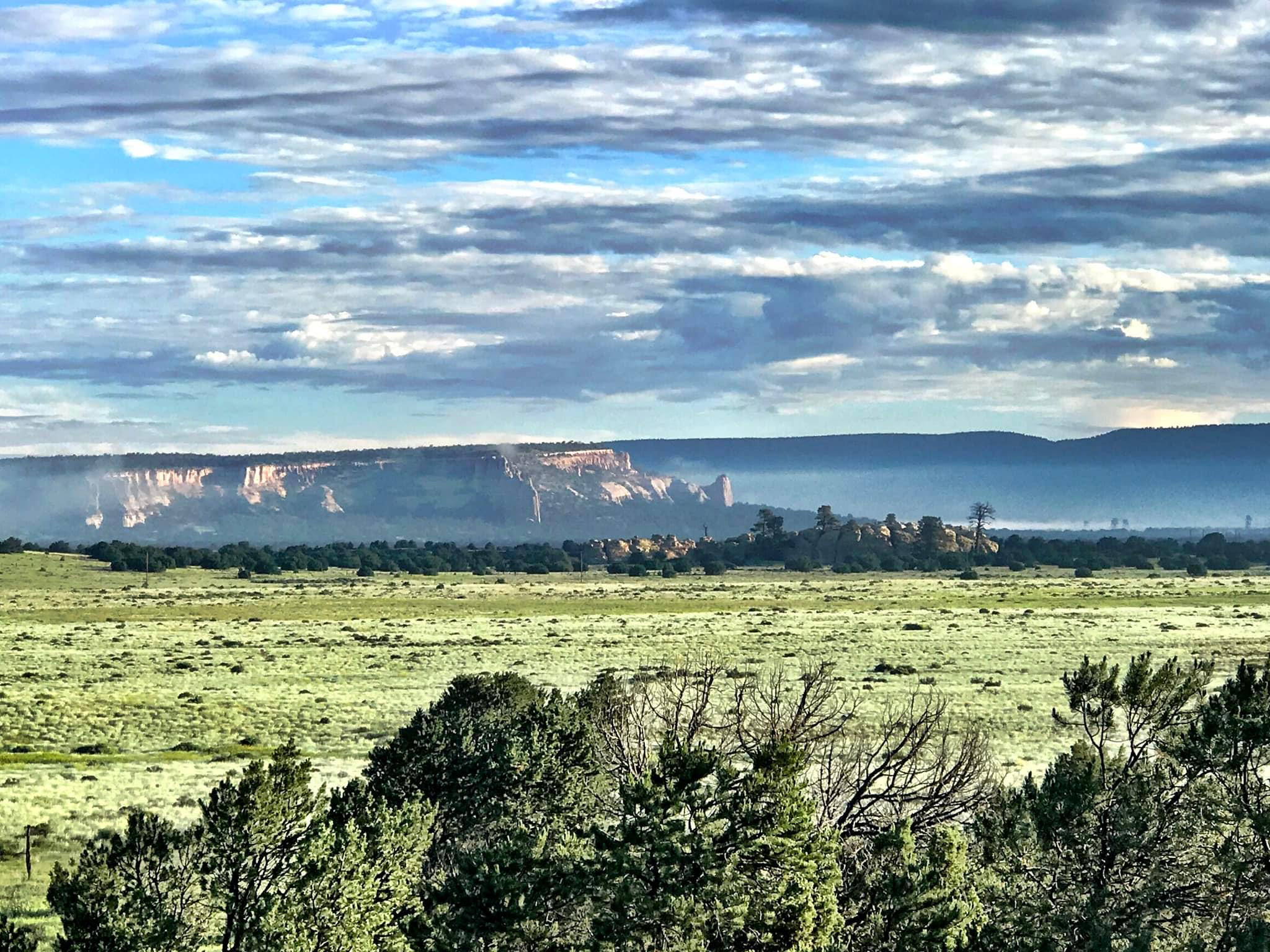 We need to talk about Taiwan. China said that they wouldn’t tolerate a visit to Taiwan by House Speaker Nancy Pelosi (D-CA), and that there would be severe consequences if she failed to heed China’s warning. But she ignored China, and went anyway.

China then launched a comprehensive set of war games, showing clearly how they might invade and take over Taiwan militarily at some point in the future. China then announced it sanctioned Pelosi and her family. Now, according to the BBC, China has said all dialogue between US and Chinese defense officials would be cancelled, while co-operation on returning illegal immigrants, climate change, and on investigating international crime would be suspended.

You know the broad outline of the issues: China viewed Pelosi’s visit as a challenge to its claims of sovereignty over Taiwan, even though Taiwan is self-ruled, and sees itself as distinct from the mainland.

As China has become a global leader, their abilities and ambitions have shifted. A 1997 trip to Taiwan by then US House Speaker Newt Gingrich, was met with little opposition, while the Speaker Pelosi visit has been met with missiles. This is a complicated issue. China doesn’t control Taiwan; it doesn’t issue travel visas for it, either. In April, a group of US Senators visited Taiwan. At the time, China’s Foreign Ministry condemned the visit in a series of tweets and press statements, but nothing more.

The US has wanted to keep Taiwan in its orbit at least since the 1950’s when General Douglas MacArthur, then the Supreme Commander of allied powers in Japan, sent a top secret “Memorandum on Formosa” to President Truman (Back then, Formosa was the name of Taiwan). To contain communism, MacArthur insisted that Truman consider the strategically located Formosa (Taiwan) as a counterbalance to the Soviet and Chinese regional expansion:

“Formosa in the hands of the Communists can be compared to an unsinkable aircraft carrier….”

He argued that Taiwan should instead be an unsinkable US aircraft carrier, projecting American power in the Pacific. As China grew in power and importance, the US adopted a policy of strategic ambiguity with respect to the two countries, wanting good relations with both and wanting to finesse the question of political control of Taiwan.

But lately, the US has been slowly walking away from the doctrine of strategic ambiguity, increasingly signaling to China that it considers Taiwan a core US interest in North Asia. That’s why the Chinese reacted so strongly to a high level politician like Pelosi visiting Taiwan.

It’s also true that the South China Sea and the Taiwan Straits are among the world’s busiest seaways, and that’s where China’s military exercises are now taking place: 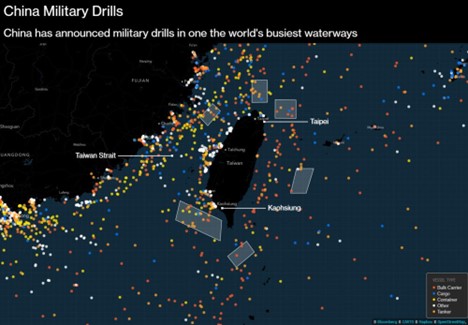 Source: Bloomberg. The dots are vessels, the polygons are China’s military drill areas

The NYT’s Tom Friedman connected Pelosi’s trip to the Biden administration’s previous efforts to keep China from getting involved in Ukraine on Russia’s side:

“There are moments in international relations when you need to keep your eyes on the prize. Today that prize is crystal clear: We must ensure that Ukraine is able, at a minimum, to blunt — and, at a maximum, reverse — Vladimir Putin’s unprovoked invasion…”

Biden had held a series of tough meetings with Xi, trying to keep Beijing out of the Ukraine conflict. Friedman says that Biden told President Xi that if China entered the war in Ukraine on Russia’s side, Beijing would be risking access to its two most important export markets — the US and the EU. More from Friedman:

“By all indications…China has responded by not providing military aid to Putin — at a time when the US and NATO have been giving Ukraine intelligence support and a significant number of advanced weapons that have done serious damage to the military of Russia, China’s ostensible ally.”

So why mess with Biden’s Ukraine power play, Nancy? That’s Friedman’s question. OTOH, everyone knows that the minute we bend a knee to China is when we lose our ability to defend Taiwan and hold on to the unsinkable aircraft carrier.

China hasn’t proven itself capable of dealing with Taiwan except through threats since Chiang Kai-Shek left the mainland and took over in Taiwan in 1950. If China wants to control Taiwan without a fight, it has to stop threatening to rape her if she doesn’t want to date. Every Chinese threat increases Taiwan’s separate national identity, and decreases the chance of a peaceful Chinese takeover.

Time to leave geopolitics behind, it’s time for our Saturday Soother, where we focus on clearing our minds for the week to come. Here on the fields of Wrong, we have a crew rebuilding a stone wall by the road that was hit by a large truck a few years ago.

Let’s start by finding that one last can of nitro cold brew in the back of the refrigerator and grab a seat by a large window. Now put on your wireless headphones and listen to “Danse Bacchanale” by Camille Saint-Saëns from his opera “Samson et Dalila”, played here by the Orquesta Sinfónica Juvenil de Caracas, Venezuela in 2010:

This is played at a very quick tempo, and with passion!

Not to pretend to be an expert but sometimes it is useful to have an ambiguous position. So Biden has clearly signaled one thing and Pelosi (who Biden does not control) signaled something else.

Whatever China wants out of this, it would have a hard time invading Taiwan – its military has little combat experience and an ocean born invasion is tricky even for the best.

Unlike Russia which sells oil and gas, China sells manufactured goods. It already is having trouble recovering from COVID and the worlds supply chains are in a mess. I just don’t see that they can afford a war or even want one, no matter how pissed off they are.