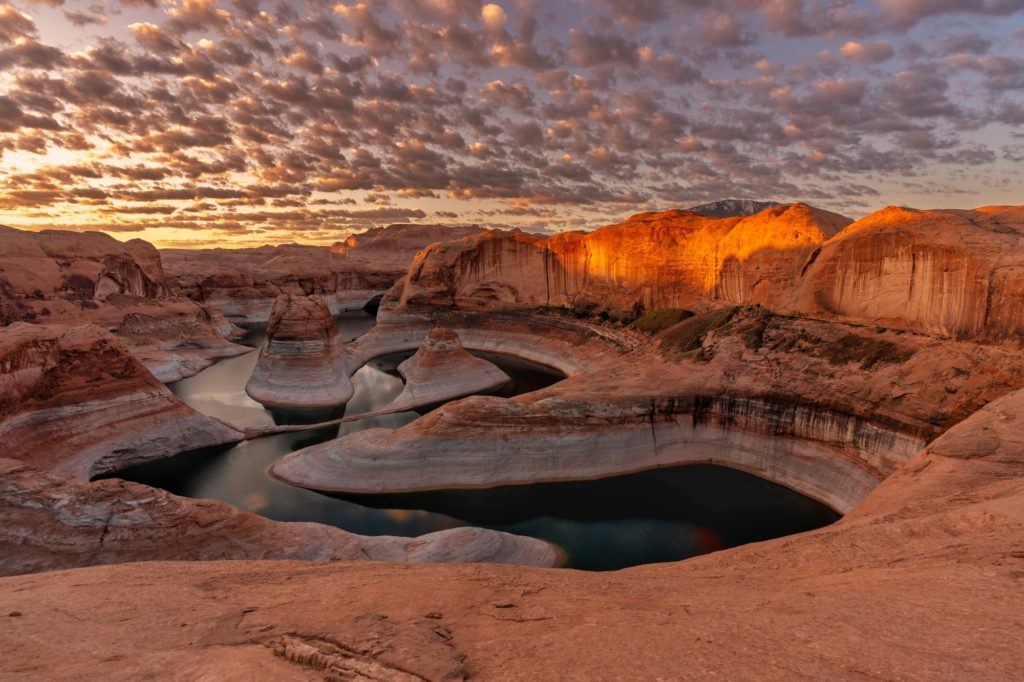 (Reminding readers that this is the last column until Sunday when cartoons will be back on the menu. We are attending our second college graduation of the spring.)

The Week reports that President Trump is having second thoughts about sending troops to Venezuela. He complained to aides and advisers that:

“he was misled about how easy it would be to replace the socialist strongman, President Nicolás Maduro, with opposition leader Juan Guaidó, The Washington Post reports. ‘The president’s dissatisfaction has crystallized around National Security Adviser John Bolton and what Trump has groused is an interventionist stance at odds with his view that the United States should stay out of foreign quagmires.’”

“He was misled about how easy it would be to replace the socialist strongman”! Who could’ve seen that coming? Just about everyone but Trump, and the neocons around Trump. The Neocons are batting 1.000, again proving themselves to be miserable failures at geopolitics. They continue to mess up geopolitical foreplay on the way to their real goal: Regime change and war.

By listening to Bolton and Pompeo, Trump has placed Venezuela more directly in the hands of Russia. It seems that Trump’s 90-minute phone call last Friday with Vladimir Putin was meant to talk Trump out of regime change in Venezuela. A secondary benefit for Putin may turn out to be that Trump handed Moscow a permanent Atlantic military presence in South America.

What’s the upshot? It looks like Maduro was pushed into Putin’s arms. Maybe Trump and Putin can cut a deal to sort this out without a crisis.

It looks possible that Maduro got an offer from a smarter, stronger player in the geopolitical game: Vladimir Putin. Republicans are bound to be disappointed. Blowing up Maduro’s regime was high on the Bolton and Republicans’s list.

Of course, regime change is always on their list. They want regime change in North Korea. In Syria. In Venezuela. And in Iran. It would be the perfect distraction from all the talk about Mueller and impeachment. They think war is a great campaign issue for 2020.

Now, Bolton and Pompeo have shifted their focus to Iran.

On Sunday, the National Security Council announced that we were sending another carrier strike group and a bomber task force to the Persian Gulf in response to “troubling and escalatory” warnings from Iran. Bolton discussed the intelligence, saying that Iran appeared to be gearing up for war.

Help me. We all know that Russia is also more friendly with Tehran than we are. And Putin has already achieved near-total victory in Ukraine and Syria, and possibly has already bagged Venezuela. We were never going to be buddies with Iran, but will Tehran now move completely into Russia’s orbit?

To date, it looks like the worst thing Donald Trump has done is to hire John Bolton as his National Security Advisor. Of course, Bolton’s track record as a war-monger preceded him, so what’s happening now was predictable. The Neocons, including Bolton, want a war with Iran, to remake the Middle East.

Their project to remake the ME saw America destroy Iraq and Afghanistan. It fueled American regime change aspirations in Syria. It brought about the destruction of Libya. It’s also underway in Yemen.

What the Neocons are doing helps a new alliance to form. Its key members are China and Russia, but Iran is a part of it as well. The Chinese Belt and Road Initiative (B&R) is meant to create routes to Europe and a Chinese-led trade zone. It is meant to bypass sending ships through the straits of Malacca (which the US can shut down any time to strangle China’s trade). It looks like the land parts of the B&R will move goods more quickly to Europe, but not as cheaply, as sea transport.

So the question is: Can Bolton talk Trump into war with Iran? Will Trump lead us into a fatal miscalculation? Trump is walking a tightrope without a net.

Even without a war, the US’s continued abuse of its privileged position in the world payments system to sanction countries like Iran and Venezuela implies that China and Russia will develop an alternative payments system. It’s inevitable.

It’s only a matter of time before international payment alternatives become viable enough that major countries will simply ignore US sanctions.

The US looks to be the big loser in the geopolitical game of chicken that Trump is playing. 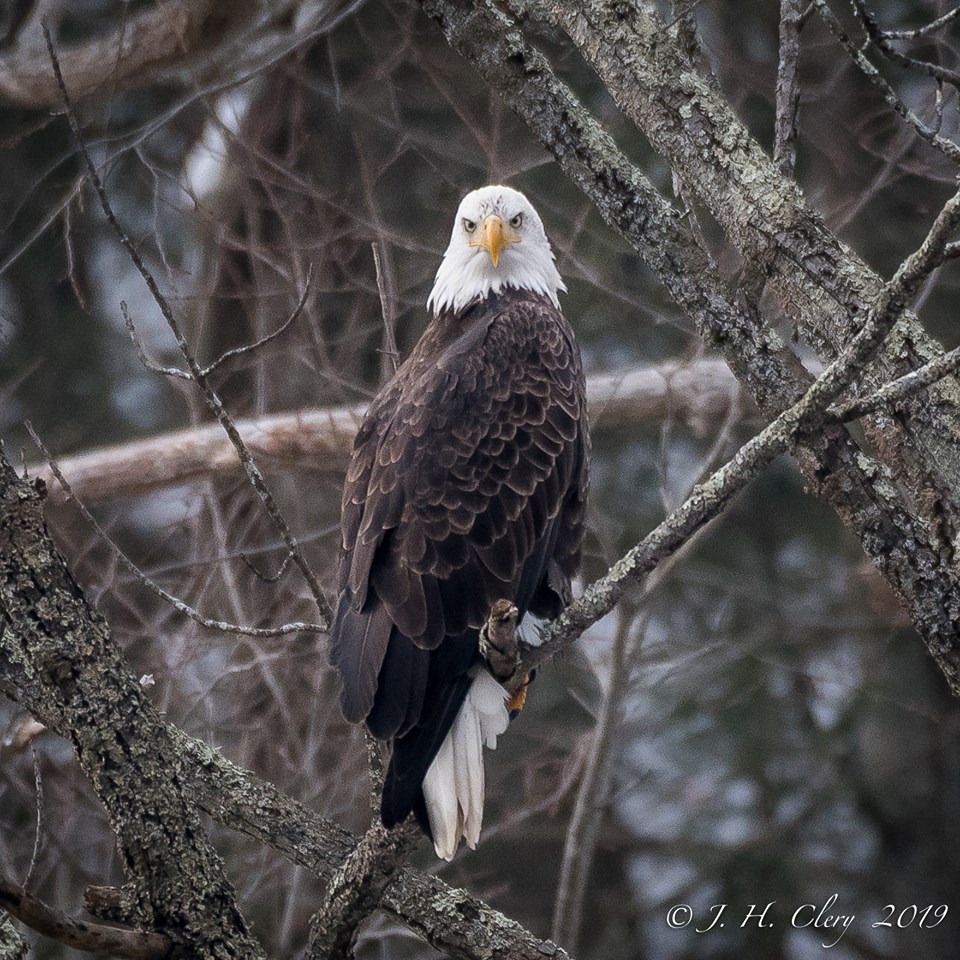 On Sunday’s Face the Nation, Trump was asked about Venezuela and whether he’d negotiate with President Maduro to convince him to exit. Trump put military intervention squarely on the table:

“MARGARET BRENNAN: What would make you use the U.S. military in Venezuela? What’s the national security interest?

DONALD TRUMP: Well I don’t want to say that. But certainly it’s something that’s on the- it’s an option.”

This seems to be part of a larger Latin American plan. The WSJ reports that the Trump administration’s plans include regime change in Venezuela, Nicaragua and eventually Cuba. This is a multiyear neocon project that has at least some bipartisan political support. It may require military force, as Trump indicated to CBS that he’s willing to consider. One thing that the WSJ reports is this:

“US law-enforcement officials say they have evidence Mr. Maduro directed state resources to create what they allege has become one of the most powerful international narco-trafficking operations in the world, and with links to Hezbollah, the Lebanese group designated by the US as a terror organization.”

So, there you have the first Western Hemisphere argument to “fight them over there, rather than fight them here”.

As we said on Saturday, nothing unites a country like a sovereign enemy on its borders. Venezuelans may hate Maduro, but they also hate the US. China and Russia may be worried about the $50 billion and $17 billion Venezuela owes each respectively. Turkey has also supported Maduro. Although they all are Maduro’s allies, it is unclear if they would be willing to help, should the US intervene.

The consequences of all of our former interventions should be screaming at us. But, John Bolton, Mike Pompeo and Donald Trump seem deaf to the messages. Bolton said:

Some call the country ‘Cubazuela’, reflecting the grip that Cuba’s military and security forces have on the Maduro regime. We think that is a strategic significant threat to the United States and there are others as well, including Iran’s interest in Venezuela’s uranium deposits.”

Maduro is no prize. The Economist reports: (brackets by Wrongo)

In the past five years GDP has fallen by half. Annual inflation is reckoned to be 1.7m%…which means that Bolívar savings worth $10,000 at the start of the year [will] dwindle to 59 cents by the end….People are malnourished and lack simple medicines, including antibiotics. Hospitals have become death traps for want of power and equipment. Blaming his troubles on foreign conspiracies, Mr. Maduro has rejected most offers of humanitarian aid.

Juan Guaidó, head of the Maduro opposition, and President of the National Assembly, has support from the EU, and the Lima Group of 12 Western Hemisphere countries (including Argentina, Brazil and Canada). The US recognized Guaidó early.

The US is still Venezuela’s main trading partner. Last week, we imposed curbs on purchases of the country’s crude oil, and a ban on imports from the US of the diluents that must be blended with the extra-heavy oil from the Orinoco Belt to allow it to flow through domestic pipelines. The first hits Venezuela’s oil exports, while the second curbs their production. This will reduce revenue from oil exports by more than $11 billion.

By ordering that payments for Venezuelan oil be put in bank accounts reserved for Guaidó’s government, the US hopes to asphyxiate the regime, expecting that the armed forces will then switch sides to Guaidó.

Venezuelans face the dreadful task of having to topple their own government. This primarily means persuading their army to change sides. Other nations can pledge moral support to Juan Guaidó. But sanctions and US threats may prove counterproductive.

Venezuela poses no threat to US security. Since GW Bush, we’ve found excuses to attack Iraq, Afghanistan, Libya and Syria. We’ve imposed economic sanctions on Russia, Iran and Myanmar. The gain for our security has been negligible.

Military intervention has become an occupational disease of America’s leaders.

The urge to help Venezuelans in need is natural. Doing nothing is painful and seems callous. But will intervening really help? Even states with despotic leaders are sovereign. They must make and correct their own mistakes, and ultimately, be strengthened by doing so.

Regime change in Caracas is one possible outcome of our intervention. Civil war is another.

It is a certainty is that American lives and money will be lost.

Trump must choose wisely if intervention is on the table.

Any bets on that?