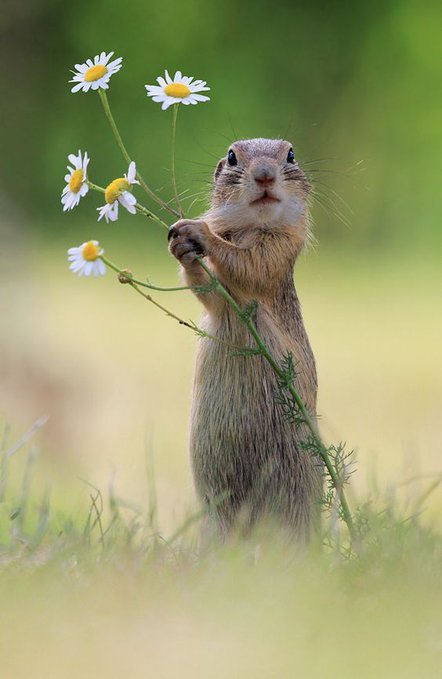 Welcome to spring, which has brought a dandelion horror show to the fields of Wrong. Apparently, these are mutant dandelions, completely immune to the weed killer we put down three weeks ago.

But that is far from the only horror show underway in the lives of average Americans. The Trump 100-day roasting or celebration, depending on your viewpoint, is underway today. The NYT’s David Brooks has a perceptive look at the Trump presidency so far: (emphasis by Wrongo)

I wish we had a president who had actual convictions and knowledge, and who was interested in delivering real good to real Americans. But it’s hard to maintain outrage at a man who is a political pond skater — one of those little creatures that flit across the surface, sort of fascinating to watch, but have little effect as they go.

Hard to maintain outrage? Brooks, (not a Wrongo fave) elsewhere minimizes the real and potential damage that the country will face with our Orange Overlord. He still is commander-in-chief and, as such, has his (figurative) finger propped on the (figurative) nuclear button, and can order military action at a moment’s notice. Yesterday, Trump said that

There is a chance that we could end up having a major, major conflict with North Korea. Absolutely…

That should have made David Brooks cringe, but it didn’t, Brooks opined that:

His foreign policy moves have been, if anything, kind of normal…

Really? Trump says whatever is on top of his mind, words that North Korea’s Kim Jong-un just might take as a pre-invasion threat. That could lead to war with millions of South Koreans, Japanese, or American citizens paying the price for Trump’s bellicosity.

Think about how the Trumpets created a nuclear scare in mid-April: NBC News reported that they were considering a pre-emptive nuclear strike:

After some hysteria, including the false (inaccurate?) reporting of the location of our Aircraft Carrier Carl Vinson, which wasn’t steaming toward a North Korea confrontation, cooler heads have prevailed, and we are now talking about direct talks with the NK’s. Not much of this is new. Consider this from 2010 by Mark Landler of the NYT:

President Obama’s patience with China had been fraying for months, and by November 2010 he was fed up. Meeting with President Hu Jintao in Seoul, South Korea, Mr. Obama warned that if China did not do more to curb North Korea’s bellicose behavior, he would have to take steps to shield the United States from the threat of a nuclear missile attack from the North.

Sounds like where we are today, although the GOP likes Trump’s mas macho ways better than it liked Obama’s.

Once we are done insisting that China will fix this problem for us, and it turns out there’s no real Plan B, Trump will have to consider what it takes to strike a bargain with the North Koreans, or we’ll learn to live in the same dangerous situation that Japan and South Korea already face.

Onward to something that both calms and soothes. Wrongo is going for Chai Latte this morning, along with his Saturday music. Your mileage may vary.

Edward Elgar composed the Enigma Variations between October 1898 and February 1899. It is an orchestral work comprising fourteen variations on a theme. The “Nimrod” is variation IX. This variation is sometimes used at British funerals, memorial services, and other solemn occasions, like your review of Trump’s first 100 days in office. Here is Daniel Barenboim conducting the Chicago Symphony at Carnegie Hall in 1997 in Elgar’s “Nimrod” variation: