In Saudi Arabia, The LA Times’ Molly Hennessy-Fiske reports that Donald Trump is now called “Abu Ivanka”. Abu means “the father of”.  Apparently Saudi Arabia is fascinated with Ivanka Trump, and thus, The Donald gets a new title. 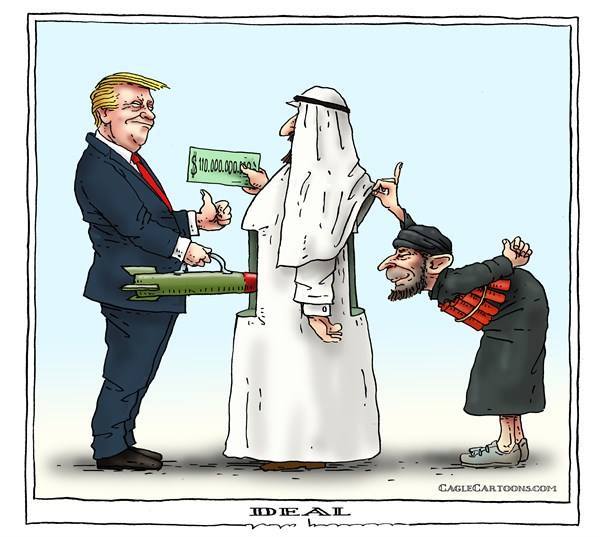 In his speech, Trump called Saudi Arabia the country that contributes more to peace than any other Muslim country. Really? The Saudis?

Trump got the arms deal with Saudi Arabia. Now, he plans to sell off half the US oil reserve so we can once again be dependent on OPEC oil: 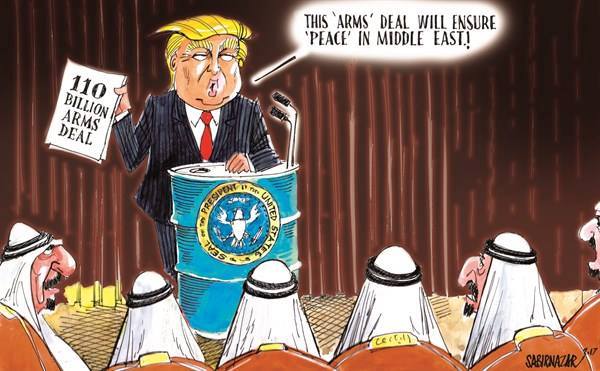 Trump is impressed by Wailing Wall: 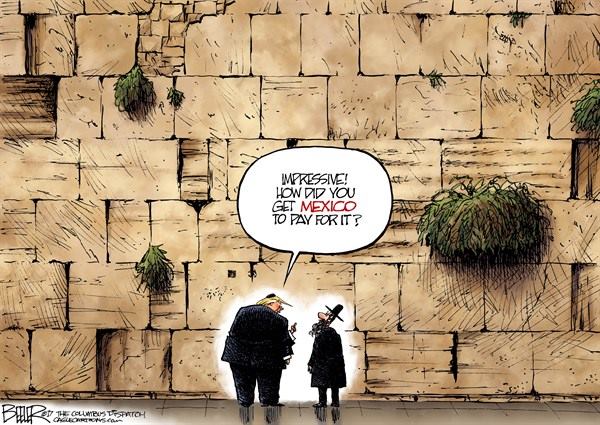 When Donny visited the Pope, he received a copy of the Pope’s Climate Encyclical: 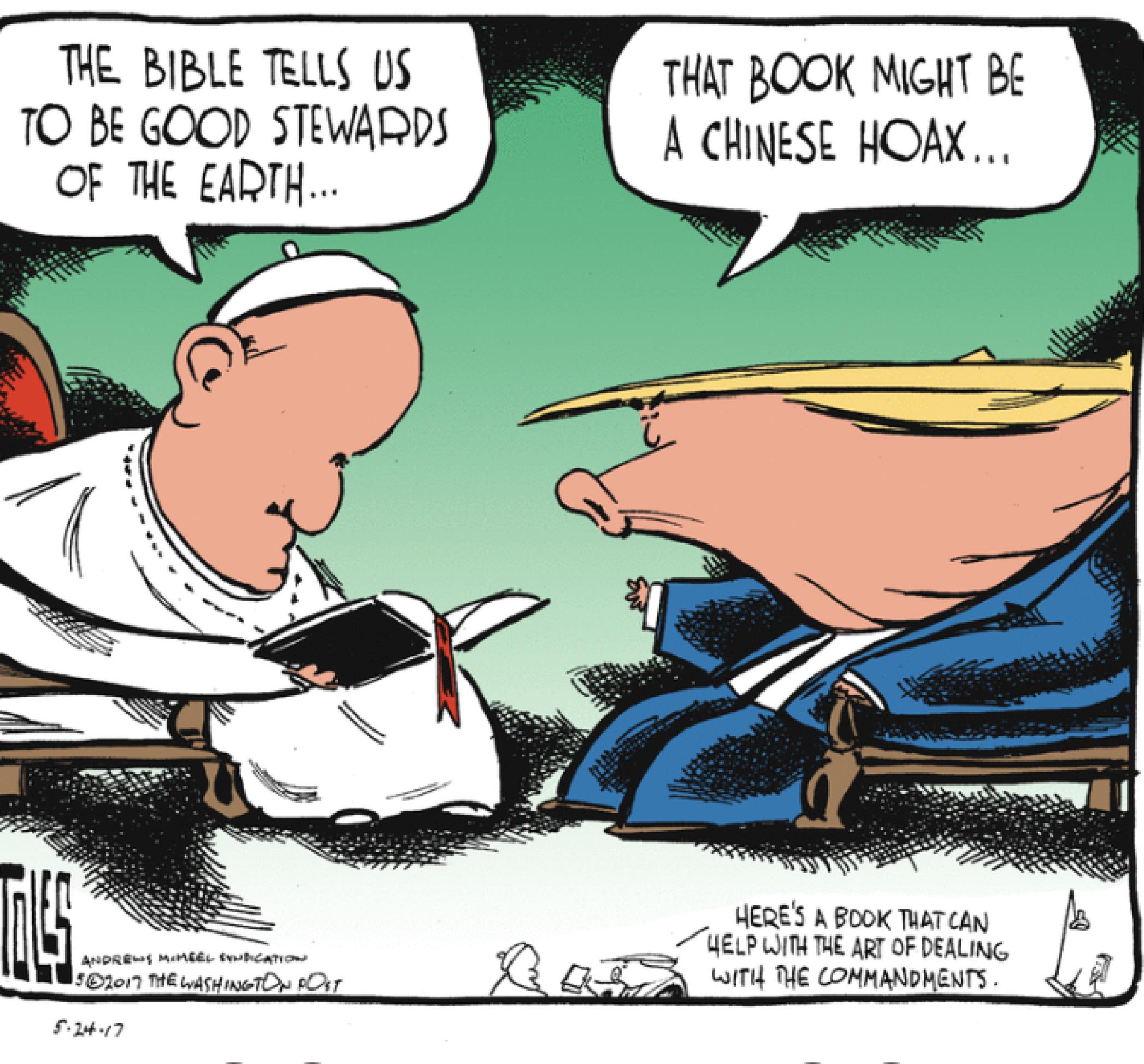 His Assholiness gives the Pope a religious education: 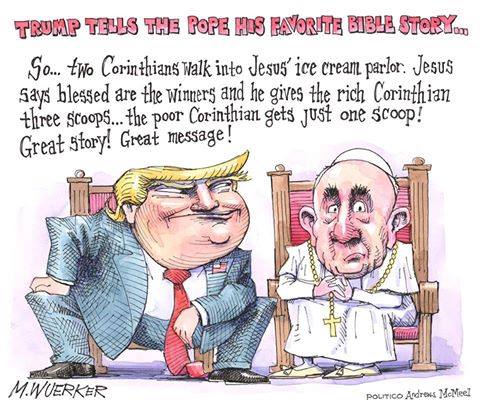